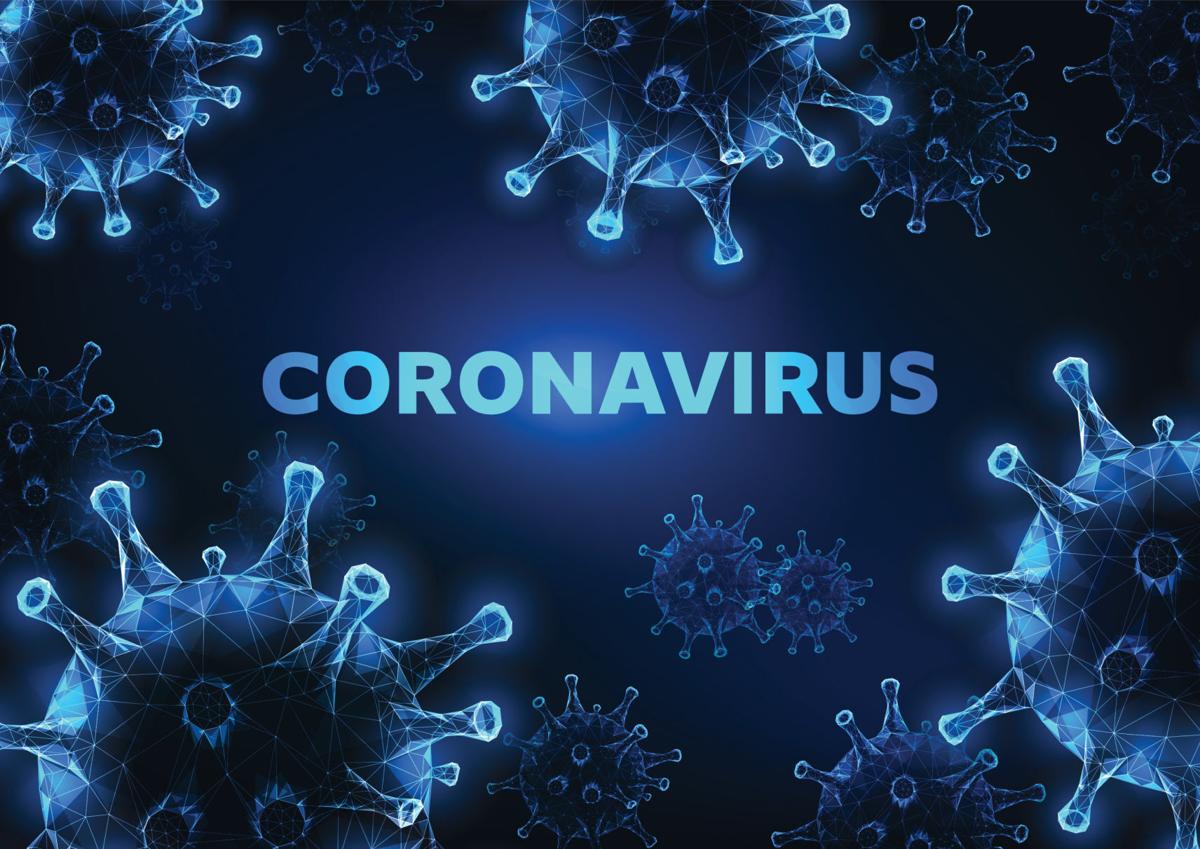 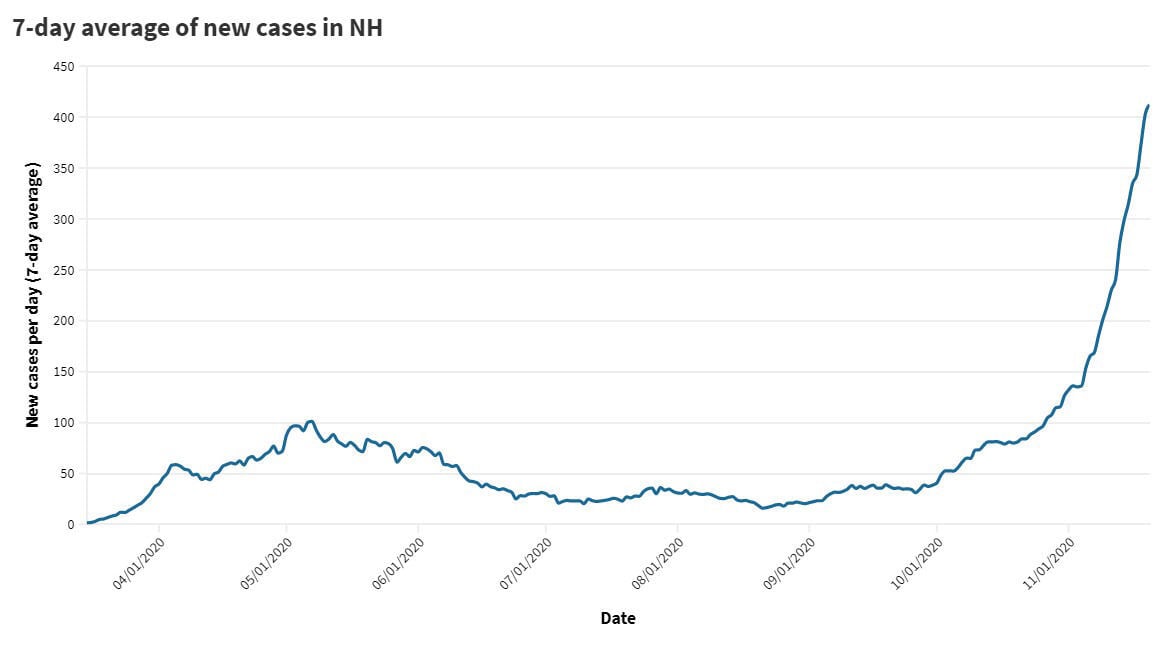 Cheshire County set another unsettling record Friday, as the state announced that another 28 county residents have tested positive for COVID-19.

The total was a big jump from the county’s previous high of 17, set just four days earlier.

New Hampshire has added an average of 400 new cases per day over the past week, a rate three times faster than at the start of the month, according to data from the N.H. Department of Health and Human Services.

On Friday, the department announced 527 new cases statewide, the second straight day above 500.

State officials say they’re seeing an across-the-board rise in the metrics they use to track the coronavirus’ spread. More people are testing positive. A higher share of tests is coming back positive. The number of hospitalized COVID-19 patients has doubled in two weeks. Deaths are creeping up.

Taken together, the statistics point to a virus that is spreading substantially in communities around the state.

“Obviously, it is never anyone’s intention to asymptomatically spread COVID,” Gov. Chris Sununu said Thursday as he announced a statewide mask mandate. “But it’s happening. And it’s happening at an incredibly alarming rate.”

Unlike in the spring, when infections seemed to concentrate in the state’s more urbanized southeast, the current wave has washed across the state, affecting rural counties from Cheshire to Coos. Sununu said more than 75 percent of New Hampshire’s cities and towns had active cases as of Thursday.

“This is now really a statewide issue more than ever before,” he said.

Sununu called on residents to abide by the new mask requirement and take other protective steps, like social distancing. He said the effect of those measures may not immediately show up in the data, but can help prevent the surge from getting to a point that it overwhelms the health care system.

As of Friday, New Hampshire hospitals housed 108 COVID patients, up from fewer than 20 a month ago and nearing the springtime peak of 126 hospitalizations on May 13.

More than 70 percent of hospitals and long-term care facilities have some degree of staffing shortage right now, part of a national problem, he said.

Also on Friday, the state announced the 507th death attributable to COVID-19 — a woman from Hillsborough County who was 60 or older.

More than 4,000 people are now considered to be actively infected in New Hampshire, 140 of them in Cheshire County. Every community in the county except Alstead, Harrisville, Marlow, Roxbury and Surry now has at least one active case, led by Keene with 40, Rindge with 32, Jaffrey with 12 and Chesterfield with 11.

Elsewhere in the Monadnock Region, New Ipswich had 17 cases, Peterborough had 15 and Charlestown had 12, Hillsboro had 9, Antrim had 7 and Bennington and Hancock each had fewer than five.

The community of residence of 225 active cases was still being determined.