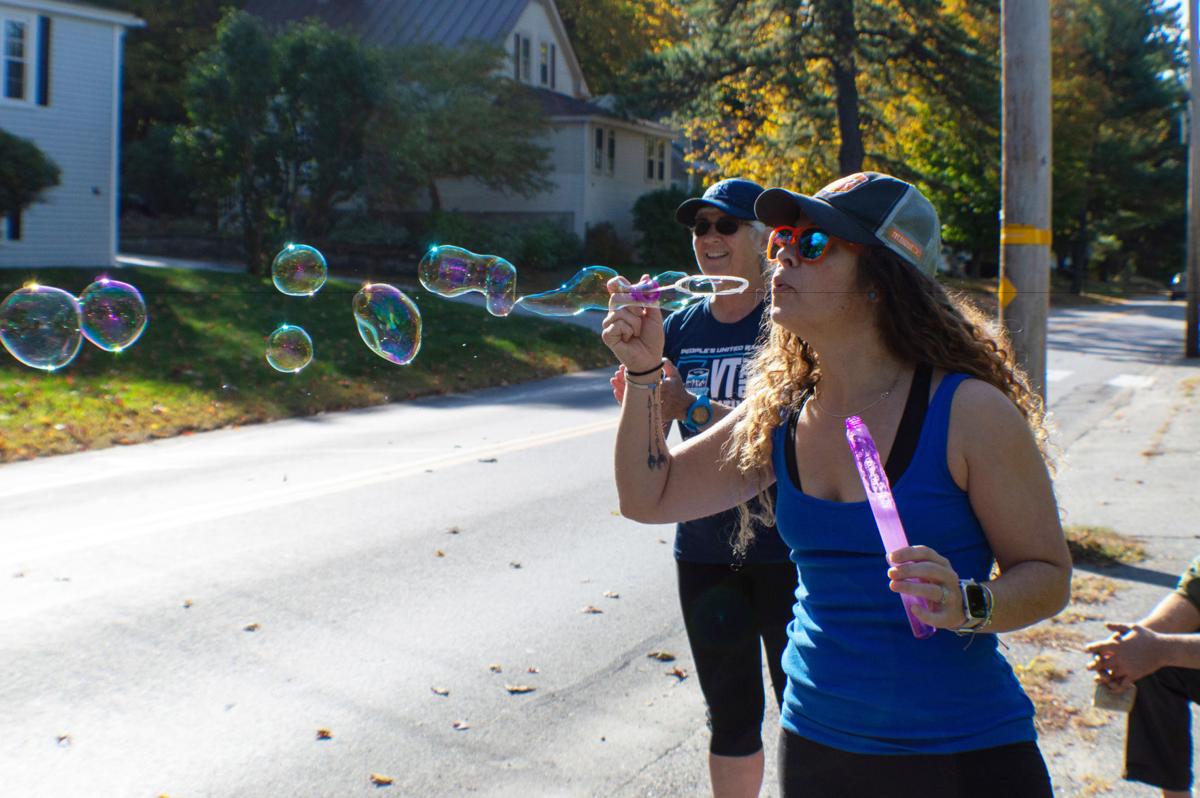 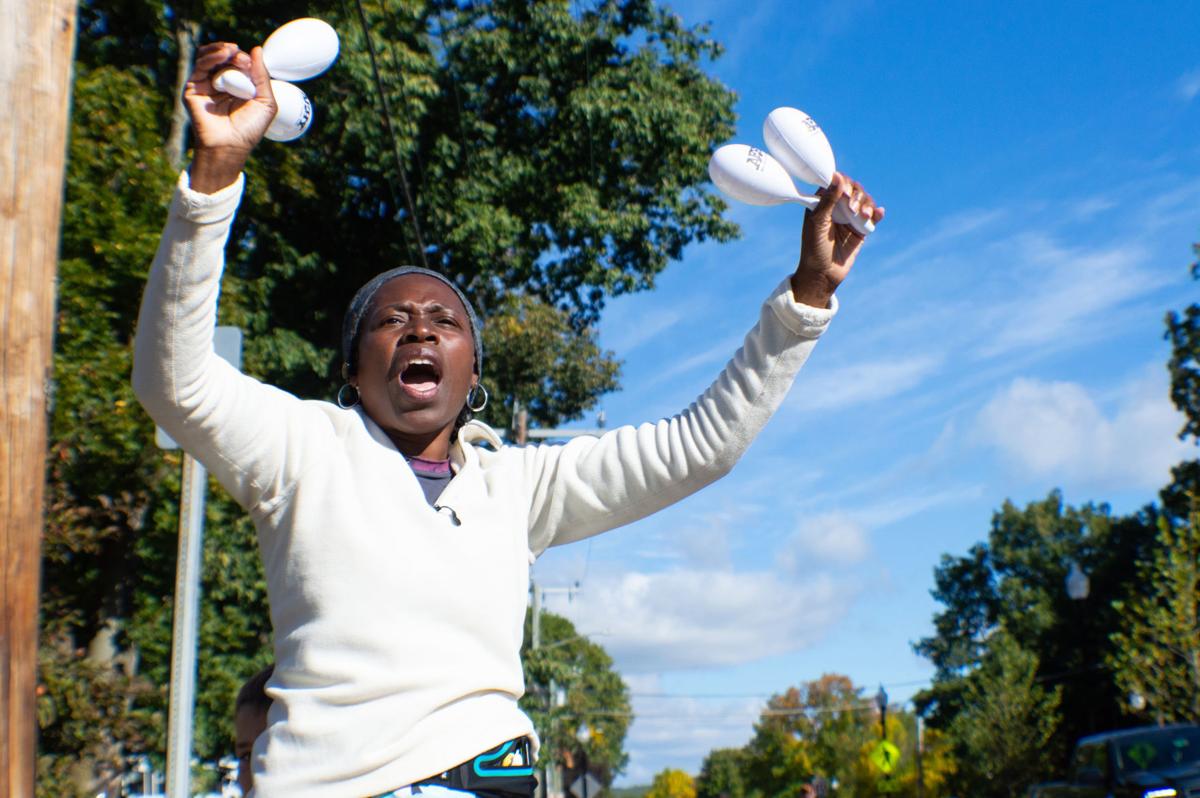 Ruthlyn Wiggins of Peterborough shakes handfuls of maracas as she cheers runners on.

Ruthlyn Wiggins of Peterborough shakes handfuls of maracas as she cheers runners on.

They yelled, they shook maracas, they rang cowbells — these unofficial cheerleaders worked to inspire friends, family or even strangers along the Clarence DeMar Marathon route Sunday.

David Luscombe and his friend, Jodi Salomon, have gathered in his front yard on Eastern Avenue for years to applaud the marathoners.

“We try to be out here for the first and last runner,” Luscombe said Sunday.

They don’t run, but they have friends in the race, and appreciate what a draw the event is for Keene. Just recently, Salomon said, she noticed, “I take it for granted sometimes that it brings so many people to town.”

Several houses up the road, a small but rowdy group of supporters rang cowbells, blew bubbles and shouted words of encouragement into a megaphone.

Kelly Roe cheered next to her husband, John, and their friend Kylah Lent enthusiastically rallied the runners with her two sons, Zain, 12, and Zayden, 9.

Though they aren’t related by blood, Roe quipped that they have all become a “running family.”

Roe and Lent have run in the DeMar in the past, but they are training for other races this year, so they opted for cheerleading instead.

“So we know their pain,” Roe said, laughing.

And they’re also familiar with how cheers from the crowd can buoy a runner.

“Having people on the side, for me is so key,” Roe said. “... When you think you’re not gonna make it, it’s the push you really need.”

Runners seemed visibly affected by the enthusiasm of the Roes and the Lents. Their sweaty faces broke out into smiles. Some gave a thumbs-up as they passed and many thanked the families.

When Zain gave his pep talk through the megaphone — “You can do this! You’re doing great!” — one runner said simply, “I needed that, kid.”

Near the finish line on Appian Way at Keene State College, Ruthlyn Wiggins shook maracas and called out runners by their bib number or shirt color.

Wiggins lives in Peterborough and helps care for the children of Ian Symons, who ran his first marathon Sunday with his sister, Miranda Dudley, who was visiting with her husband, J.P., from Cape Town, South Africa.

Symons said the last mile of the race was rough — until he saw Wiggins and his family cheering him on.

And that’s what Wiggins was going for.

“The energy, it gives them that extra fire to push,” she’d said earlier, between cheers.

Not all sideline supporters were as exuberant, though. Among the noise-makers and colorful signs, some attendees celebrated much quieter and more personal victories.

When Scott Renaud of Oxford, Mass., crossed the finish line, he embraced his wife, Kristen, and wept. They both walked away with tears streaming, and Renaud explained later that his eyes had actually started welling up three miles earlier.

Renaud, 47, completed his first marathon Sunday after suffering a heart attack in 2016.

His family has a history of heart disease, he said, and he was about 40 pounds overweight at the time. After leaving the hospital, recovery was difficult, and moving 100 feet felt like too much activity, he said.

“He used to tease me about running,” Kristen said, laughing.

But then Renaud wanted to try, despite his medical team urging him to avoid it.

With specific instructions on where to keep his heart rate, Renaud began training. He thinks he ran too fast Sunday, he said, so the marathon was grueling after mile 16.

Regardless of the pain, though, Renaud finished. As the emotions came rushing back, he and Kristen began to tear up again, especially when he mentioned their two daughters.

“It’s awesome, and I’m not gonna stop, ‘cause I feel like I have to be an example for our girls so we can break the cycle of heart disease in our family,” he said.