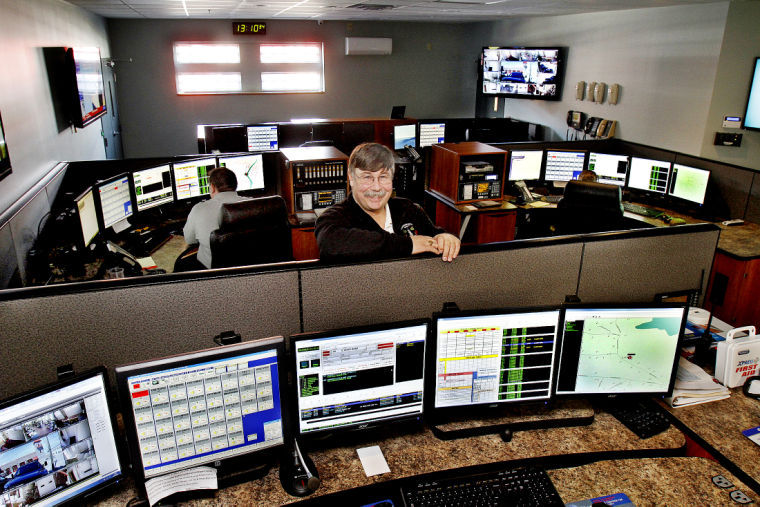 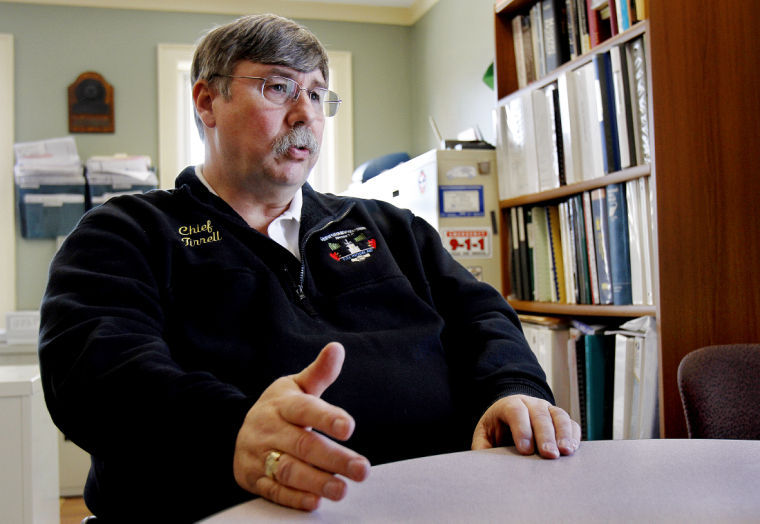 CHARLESTOWN — Charlestown is embarking on largely uncharted territory as the only town in decades to completely sever ties with Keene-based Southwestern N.H. District Fire Mutual Aid.

As of July 1, a town-based dispatch center that has long handled police and ambulance calls will also dispatch emergency personnel to fire scenes in Charlestown. The revamped center at Charlestown’s police station will serve the place of the larger Keene center, which dispatches fire calls for more than 60 towns, primarily in New Hampshire.

Charlestown officials have cited rising costs for membership in the regional mutual aid system as their primary reason for leaving. Since 2010, the cost to the town has increased roughly $9,000, from $34,000 to $43,000, according to Charlestown Fire Chief Charlie Baraly.

Town officials had hoped to change Charlestown’s status from a dispatch to non-dispatch member of Fire Mutual Aid, but the organization’s board of directors denied the request. The board voted against it at a meeting March 11, one day after Charlestown voters approved a budget that doesn’t include dues to the regional dispatch center. A change to the organization’s bylaws reads that it will not accept any new non-dispatch members as of Jan. 1 of this year, Fire Mutual Aid Chief Phillip J. Tirrell said.

A handful of towns, including Brattleboro, were grandfathered in as long-time non-dispatch members, Tirrell noted. Each town pays a set fee of $1,200 to Fire Mutual Aid annually to use the center’s radio frequency and for the center to keep call records and response plans for first- through fifth-alarm fire calls. Membership also ensures a town isn’t billed by other towns whose firefighters may lend a hand.

The decision to deny Charlestown any membership isn’t sitting well with its public safety officials, who believe the town should have the same opportunity for reduced membership and not be excluded altogether, Police Chief Patrick Connors said. He said he spent 13 months studying whether the town could reasonably leave Fire Mutual Aid and, if so, at what cost.

The town cannot use Fire Mutual Aid’s radio frequency for its fire calls as of July 1. It has invested between $80,000 and $100,000 in new equipment and upgrades to make the switch, according to officials.

Baraly said this week he is also reaching out to neighboring towns’ fire chiefs about crafting their own mutual aid agreements that would prohibit them from charging Charlestown for use of out-of-town manpower and equipment. Under such an agreement, Charlestown would also not charge for its services, Baraly noted. Those terms are consistent with what Fire Mutual Aid’s dispatch members agreed to long ago.

If those deals can’t be reached, Charlestown could still call Fire Mutual Aid for help in the event of a major fire or disaster, but other agencies that respond could bill the town.

Charlestown officials notified Fire Mutual Aid’s board of directors in February of their decision not to continue as a dispatch member. The deal was sealed March 10, when voters approved an operating budget of $4,786,482 that does not include funding for Fire Mutual Aid in 2015.

“It’s been a long time coming,” Baraly said. “Mutual Aid has had forewarning that this was a possibility.”

Baraly said he attended a budget meeting with the organization’s board of directors in the fall of 2013 and expressed his concern at that time about the rising cost of membership.

But Tirrell said when board members received Charlestown’s letter in February of this year, they were taken aback.

“This was a big shock to our board of directors that someone like Charlestown would just want to walk away,” Tirrell said. “When people start leaving a system, you always fear it’ll start a landslide.”

As a result, board members are now looking at what they can do to discourage other dispatch members from following in Charlestown’s footsteps, Tirrell said.

At its April meeting, the board will consider two proposed changes to Fire Mutual Aid’s bylaws. The first would require any dispatch member who leaves the system to wait a minimum of two years before reapplying. The second would require town officials to notify Fire Mutual Aid by Sept. 1 of their decision to leave the group or otherwise be responsible for the upcoming year’s membership payment, which is due in mid-April. Fire Mutual Aid mails bills in January.

Baraly said Charlestown gave Fire Mutual Aid more than 90 days notice of its decision, as required by Fire Mutual Aid’s existing bylaws. He said the town is not planning to foot a full year’s bill in 2015.

“They’re changing their rules to kind of get their own way, and I think that’s a little bit unfair. Yet, I can understand where they’re coming from,” Baraly said.

Many of the effects of Charlestown’s impending departure from Fire Mutual Aid aren’t completely understood and still need to play out, Tirrell said. He said he fears other communities are going to have to pay more for services with one less town in the mix.

“It’s not like we can cut dispatchers to save money. One town leaving doesn’t have that much of an impact,” he said.

The amount a town pays for membership in Fire Mutual Aid is determined by two factors: population and equalized assessed value. Those two things account for 90 percent of the cost, while the remaining 10 percent is a fixed amount every town pays, Tirrell said.

Also, the membership agreed about three years ago to buy the former Keene fire station on Vernon Street and each town shares the cost of a 12-year mortgage payment, which amounts to $552 annually per town, he said. Tirrell said he doesn’t know how Charlestown’s decision to leave the system could change this agreement.

As the organization readies itself for one less member, Charlestown’s dispatchers are being trained in how to handle fire calls, in addition to the work they already do for police officers and ambulance personnel.

Police Chief Connors said the firefighters respond to an average of 200 calls per year in Charlestown, many of which are motor vehicle crashes and brush/smoke investigations.

On an average day, one dispatcher will staff the center to handle ambulance, fire and police calls, he said. But in the event of a multi-alarm fire or more than one serious event occurring simultaneously, a second dispatcher will be called in, he said.

He referred to the service that Fire Mutual Aid provides as “the best of the best,” but noted that he’s confident the town’s dispatchers will do what’s asked of them — and more.

“This isn’t something we’ve done on a whim,” Connors said. “This has been a huge undertaking. And, we know we have big shoes to fill.”