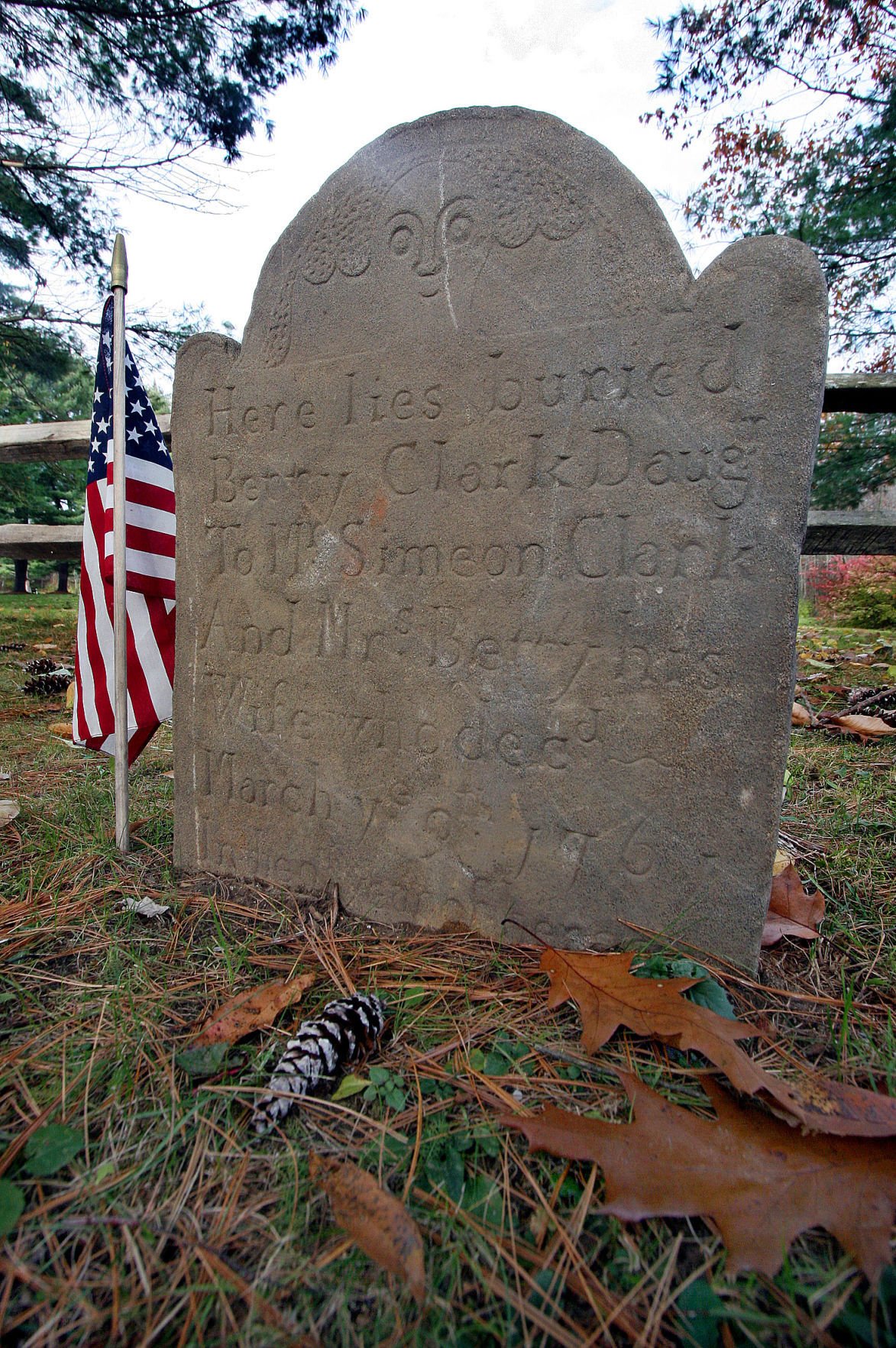 The headstone of Betty Clark in the Ash Swamp Burying Ground off West Street in Keene. 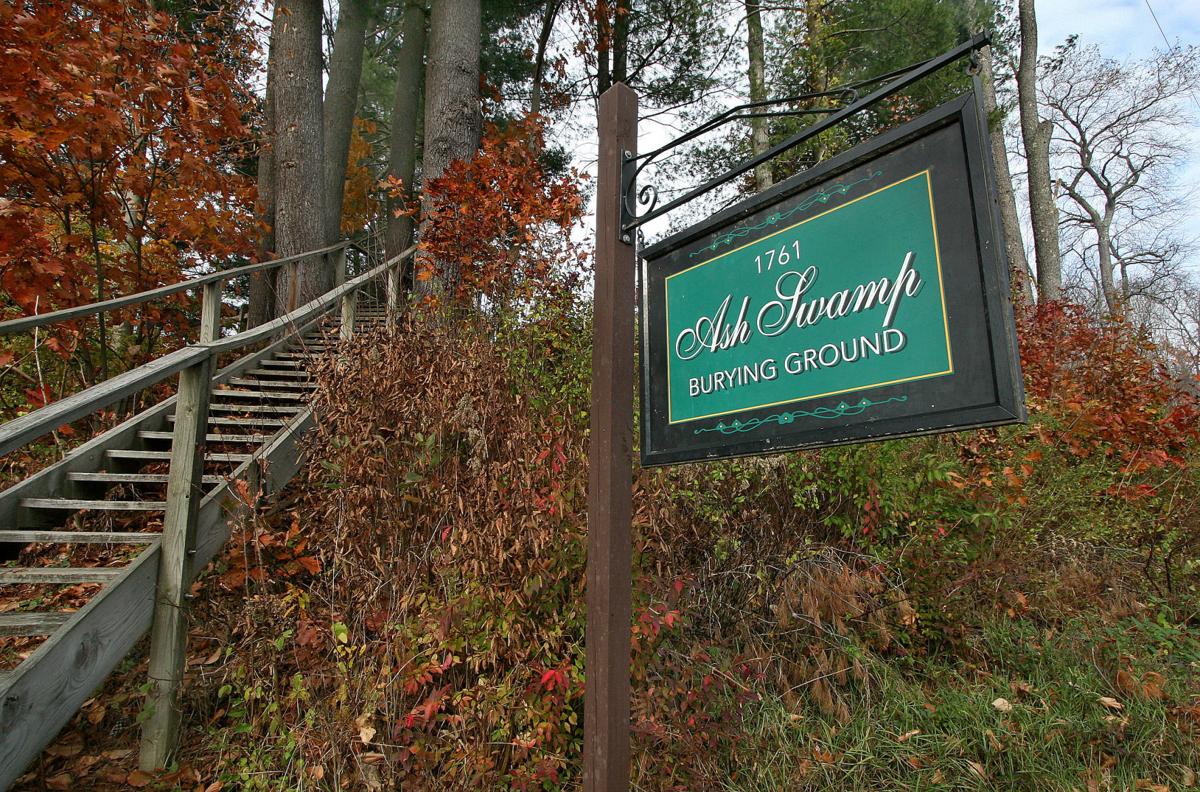 A flight of stairs leads up to the Ash Swamp Burying Ground off West Street in Keene. 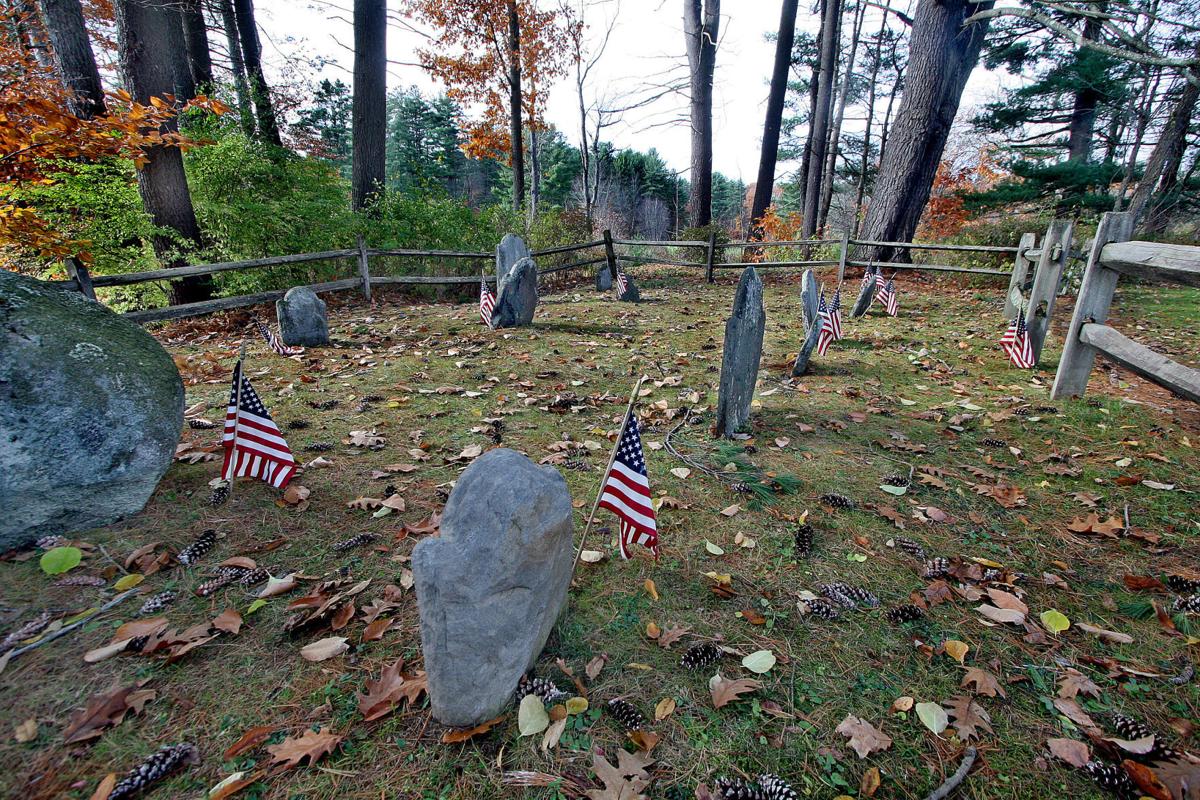 The headstone of Betty Clark, foreground, in the Ash Swamp Burying Ground off West Street in Keene.

The headstone of Betty Clark in the Ash Swamp Burying Ground off West Street in Keene.

A flight of stairs leads up to the Ash Swamp Burying Ground off West Street in Keene.

The headstone of Betty Clark, foreground, in the Ash Swamp Burying Ground off West Street in Keene.

On one side is her father’s gravestone.

On the other side, her sister’s.

But until recently, the marker bearing the name of former Keene resident Betty Clark was no where to be found, let alone between the stones of family members in the city’s Ash Swamp Cemetery off West Street.

In fact, no one knew who Betty was, or that her gravestone had been missing, until it was discovered this past summer during a home repair project on nearby Bradford Road. It had been part of the materials stabilizing the two stone steps leading to the front entrance of Bill Fenton’s home.

Fenton has lived with his family at the house, which was built in about 1820 by Michael Metcalf, for 25 years. It is within sight of the cemetery.

“Over the years we’ve been living there, one of the steps started getting loose and rocking a little bit,” Fenton said last week.

He decided to get the step reset this year, and it was during that process that filler materials were found beneath it, Fenton said. Among the materials was Betty’s gravestone, which was face down, he said. The person setting the step then took the stone out of its hole and flipped it, Fenton said.

“At first, he thought it possibly was not even real,” Fenton said. “He put it aside, called me, and when I came to look at it, we both then realized what it was.”

Fenton said he then became concerned about what the ramifications were, if any, for finding a gravestone on his property, and called a local mason to ask about what to do. The mason told him to call Alan Rumrill, executive director of the Historical Society of Cheshire County, Fenton said.

He did, and he was relieved, he said, when Rumrill told him that it wasn’t uncommon for cemetery stones to be used as construction fill and other materials decades ago, Fenton said.

“To think, the entire time we’ve been living here this headstone has been under the steps. It’s just a strange situation,” Fenton said. “We never knew.”

Who was Betty Clark?

Betty was born on Aug. 7, 1752, in Wrentham, Mass., to Simeon and Betty Clark. The Clarks had been married the previous August in the town, Rumrill said.

Two years after Betty was born, her mother gave birth to a boy named Simeon Jr. His birth was followed by the arrival of two sisters — Zilpha, and then Roseanna — in 1759.

On March 9, 1761, Betty died at the age of 9. At the time, several area residents were becoming ill with smallpox, and it’s likely Betty died from the virus, Rumrill said.

In the years following her death, the Clark family grew with the births of Unity, Mela, Benjamin, Ebenezer, and in April 1774, another daughter, named Betty.

While there is a record of Betty’s death, there are no documents saying where she is buried, Rumrill said. That includes a listing of Keene burials compiled in the 1880s, so it’s assumed her gravestone had already been removed from the cemetery by then, he said.

Rumrill believes that the stone was incorporated into the steps of the house Fenton owns sometime between 1820 and 1880.

Despite the lack of records, Rumrill concluded that Betty would’ve had to have been buried in the Ash Swamp Cemetery.

As evidence, he said that her father, Simeon, and sister, Unity, are buried there. Also, three other residents of the west Keene area, who had died of smallpox around the same time as Betty, were the first people known to have been buried in the cemetery.

In addition, the Clarks lived in a house at the corner of West Street and Base Hill Road, which is within 100 yards of the burial ground, Rumrill said.

“It’s a sad, but a fascinating story,” he said.

And it wouldn’t have been known had the stone not been found, he said.

It’s great the historical society is now able to share Betty’s story, and have the gravestone, which is in good condition, returned to the cemetery where it belongs, he said.

That place is between the stones of Betty’s father, who died in 1793, and her sister, who died at the age of 20 in 1781, which was a year and a half after she married Joshua Durant. There is a space between the two stones that looks like it could have been Betty’s grave, Rumrill said.

Betty’s mother, who died in 1817, is buried in West Cemetery at the end of Bradford Road near Arch Street.

Using old gravestones in construction was a common practice in the 1880s, Rumrill said. Often, the stones were available to be used because they had been replaced by newer markers in the cemeteries, he said.

In Betty’s case, there was no replacement stone, which makes it even more mysterious how her gravestone ended up where it did, he said.

“It might have just fallen over and been leaned up against a tree where someone saw it and took it, not realizing where it belonged,” he said.

Back in the 1700s and 1800s, cemeteries were treated as final resting places, and not like the parks they sometimes are today, he said. Some burial grounds were kept up, while others were left to nature, he said.

It’s believed that about 100 people are buried in the Ash Swamp Cemetery, but only 12 graves, including where Betty is believed to have been buried, have stones marking them, Rumrill said.

“Having Betty’s story means we know the identity of one more person buried there,” he said. “But there are still 90 other graves there that we don’t know who is buried in them.”

The city of Keene owns nine cemeteries, including Ash Swamp, which is one of the oldest.

Andrew S. Bohannon, Keene’s parks, recreation and facilities director, said that during his time with the department, he has never been contacted about a gravestone being found under the stairs to a building.

“It was definitely an interesting phone call,” he said.

The decision was made to return the stone to the cemetery, and employees of the cemetery department went to Fenton’s house to pick it up, Bohannon said.

The stone has since been put in the cemetery.

On Tuesday, the historical society will hold a ceremony at to rededicate the grave.

“It’s always kind of nice to provide the dignity and respect back to the individual,” Bohannon said. “We also felt it was a nice history lesson, and something that should be done properly.”

The ceremony will begin at 11 a.m. at the Ash Swamp Cemetery, and the public is invited to attend. Rumrill will speak briefly about Betty’s story, the history of the cemetery, and the discovery and replacement of the stone, according to a news release from the historical society. Rev. Elsa Worth of St. James Episcopal Church will consecrate the grave and offer brief prayers of committal.