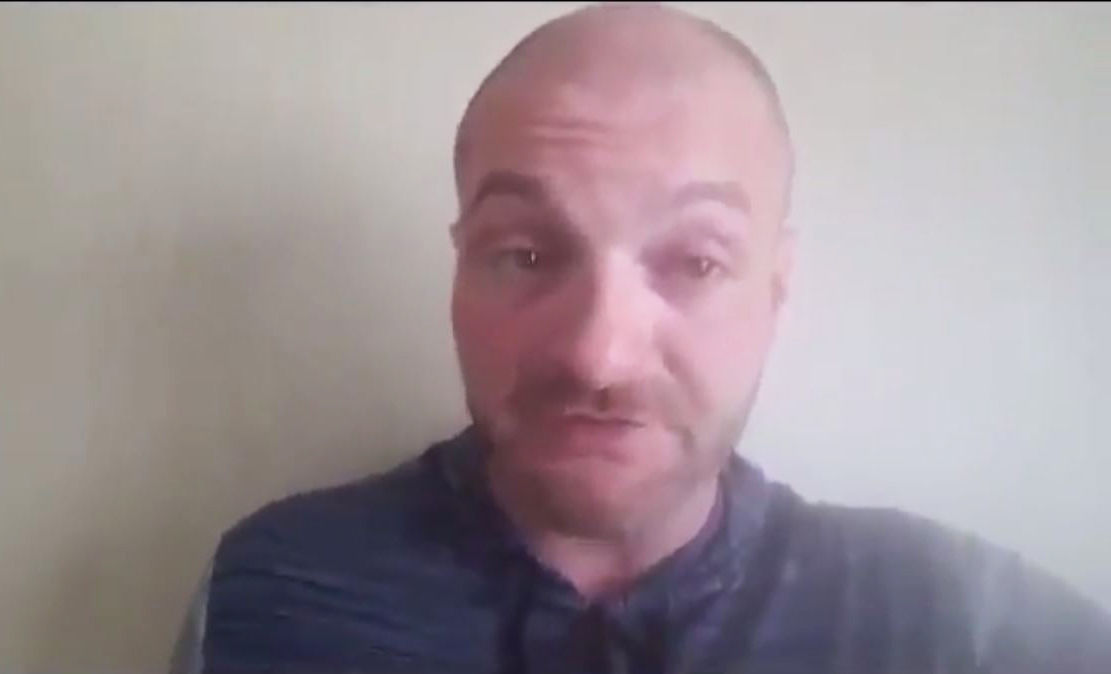 A screenshot from a YouTube video posted by Christopher Cantwell in 2017. 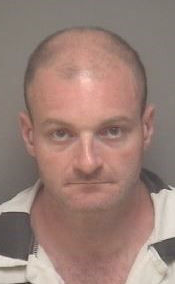 A screenshot from a YouTube video posted by Christopher Cantwell in 2017.

A Keene man facing federal threatening and extortion charges is being held in jail pending a detention hearing Tuesday in U.S. District Court in Concord, according to federal authorities.

Christopher C. Cantwell, 39, a white supremacist radio personality who became nationally known after the 2017 “Unite the Right” rally in Charlottesville, Va., was arrested early Thursday morning in his home on South Lincoln Street in Keene.

An indictment issued Wednesday alleges he sent someone a threatening message in June via the app Telegram, in an attempt to extract “personally identifying information” about a third party. “Give me Vic, it’s your only out,” Cantwell wrote in the message, after threatening to come to the person’s house and have sex with their wife in front of their kids, according to the indictment.

Cantwell pleaded not guilty Thursday afternoon and was held without bail, according to news reports.

The arrest occurred before daybreak Thursday at Cantwell’s residence, a house divided into apartments.

Dozens of law enforcement agents, many in tactical gear and carrying rifles, surrounded Cantwell’s residence, according to Josh Seamans, a neighbor who was awoken by the commotion before 4 a.m. An armored vehicle was parked in the driveway.

“It really struck me as, they were situating themselves to kind of have a showdown,” Seamans said. “… Thankfully everything went peacefully.”

He said he heard agents yelling to announce their presence as they entered the home, and then saw them returning with Cantwell a moment later.

Agents stayed on scene for hours, Seamans added, carrying material out of the house.

Cantwell, who has lived in Keene for years, has used his podcast, website and other online platforms to spread racism, anti-Semitism, anti-trans vitriol and other forms of hate. He frequently alludes to violence in online posts and other public statements.

He gained national notoriety in 2017 when he traveled to Charlottesville, Va., for the now-infamous white supremacist Unite the Right rally.

A Vice News documentary about the events captured Cantwell marching through the University of Virginia campus with a crowd of torch-bearing white nationalists, showing off various firearms and claiming that the weekend’s violence — including a deadly vehicular attack by a man with a history of racist and anti-Semitic beliefs — was justified.

Within days, a video surfaced online of Cantwell fighting back tears as he announced he was wanted in Virginia on charges alleging he assaulted people with a chemical spray during clashes with counter-protesters — earning him the lasting nickname “the Crying Nazi.” He later pleaded guilty to lesser charges of assault and battery and was sentenced to time served, plus suspended jail time.

The federal indictment, issued Wednesday, does not describe Cantwell’s relation to the alleged victim or the context for the alleged threat, but he has a documented history of making statements online that could be read as threatening or endorsing violence.

In 2017, Cantwell sued two Virginia residents, claiming they had falsely reported to police that he had assaulted them with pepper spray in Charlottesville. They turned around and counter-sued him over what they called an ongoing campaign of online harassment, including posting their photos above song lyrics about “gassing” Jews and transgender people. (He prefaced the post with the disclaimer that the song “should not be interpreted as a threat.”)

The lawsuit was later settled.

Cantwell remains embroiled in another civil lawsuit seeking to hold him and other white-nationalist figures associated with the Charlottesville rally responsible for the violence there.

Last July, the plaintiffs’ attorneys filed a motion alleging Cantwell had posted what they took to be a threat about their lead lawyer, Roberta Kaplan, on Telegram on June 18. Using anti-Semitic and misogynistic slurs, Cantwell wrote that after she “loses this fraudulent lawsuit, we’re going to have a lot of [expletive] fun with her.”

Cantwell’s own lawyers then filed a motion asking to withdraw from representing him, citing the alleged threat.

“Mr. Cantwell has rendered Attorney’s continued representation of him unreasonably difficult, has created a conflict of interest between himself and Attorney’s other clients, and has engaged in conduct Attorney’s [sic] consider ‘repugnant or imprudent,’ ” the lawyers, Elmer Woodard and James E. Kolenich, wrote.

They also said Cantwell was not paying his legal fees.