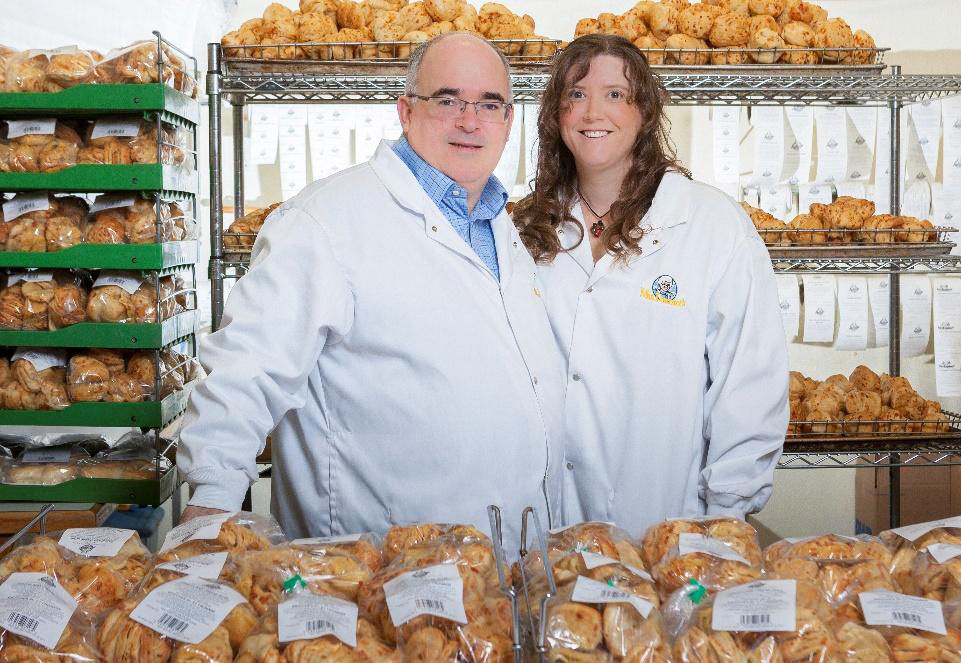 Blair and Rosalyn Hyslop intend to purchase the assets of Koffee Kup Bakery. 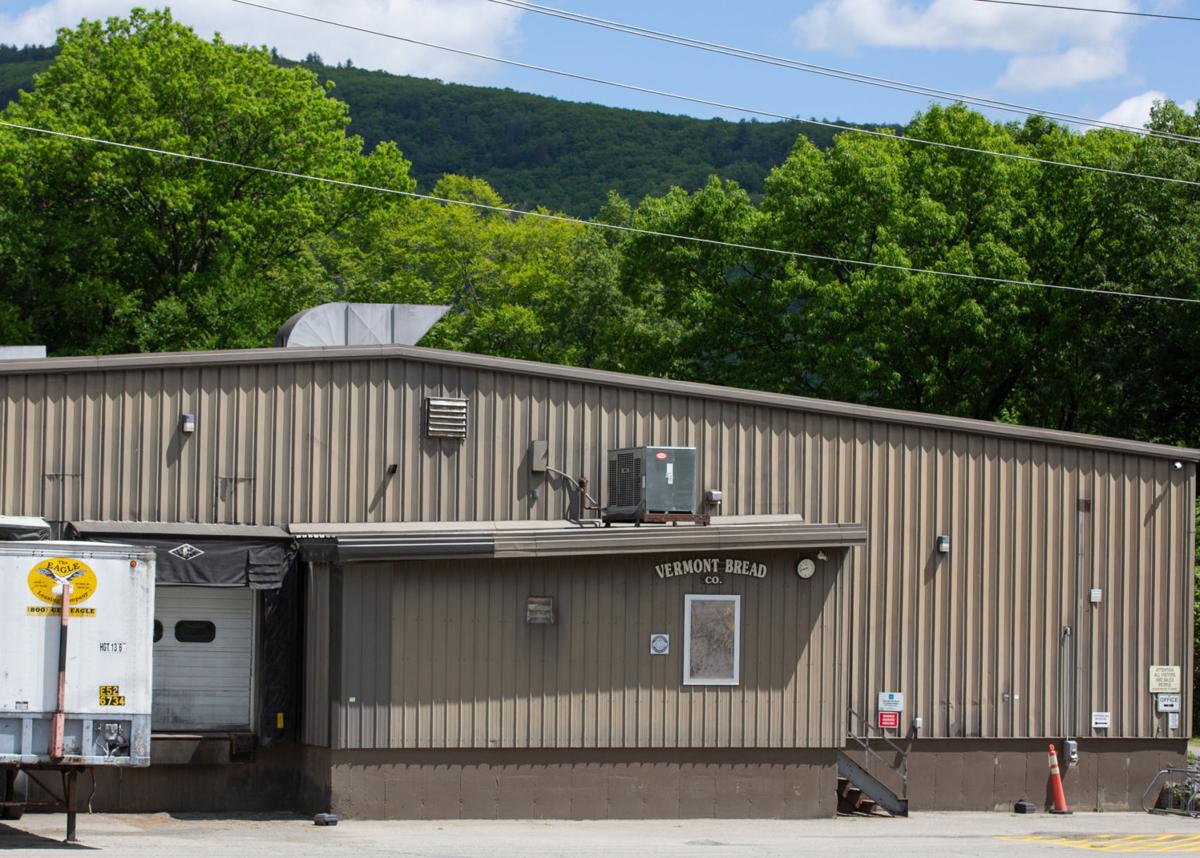 The closed Vermont Bread Co. in Brattleboro, as seen Monday. 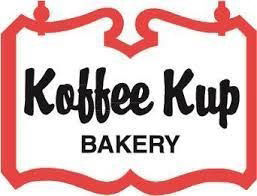 Blair and Rosalyn Hyslop intend to purchase the assets of Koffee Kup Bakery.

The closed Vermont Bread Co. in Brattleboro, as seen Monday.

BRATTLEBORO — The owners of a Canadian commercial bakery plan to purchase Koffee Kup Bakery, they announced Thursday, just over a month after the Vermont-based company abruptly closed.

Blair and Rosalyn Hyslop, who own Mrs. Dunster’s Bakery in New Brunswick, intend to restart operations at Koffee Kup and one of its subsidiaries — the Brattleboro-based Vermont Bread Co. — after acquiring it, they said in a news release.

“Despite the recent history, Koffee Kup Bakery and The Vermont Bread Company have a strong brand presence throughout New England,” Blair Hyslop said in the release. “... We intend to continue their tradition of delivering high quality breads, rolls, English muffins and donuts to our loyal customers, while at the same time helping the company meet its full potential.”

The couple has formed a new company, called North Atlantic Baking Co., that intends to buy Koffee Kup. Based in Burlington, Vt., it would sell the same baked goods that Koffee Kup and Vermont Bread Co. made, they said in the release.

North Atlantic Baking Co. plans to hire about 180 people over two years between the Burlington and Brattleboro locations, Blair Hyslop said Thursday evening. He said he hopes all of them will be former Koffee Kup workers, adding that “having baking experience is of great value to us.”

In addition to the Vermont facilities, the Hyslops also plan to acquire Superior Bakery in North Grosvenordale, Conn., another Koffee Kup subsidiary. They intend to sell that bakery, however, they announced in the news release.

AIAC adviser Jeff Sands said in a news release the next day that Koffee Kup had suffered financial losses in each of the past four years. The bakery had been unable to find a new investor “willing to commit the resources necessary to bring the company back to health,” he said.

Nearly 250 people were laid off in Vermont, including 91 at the Vermont Bread Co. plant on Cotton Mill Hill in Brattleboro, due to the closure.

North Atlantic Baking Co. hopes to finalize a lease for Koffee Kup with Ronald Teplitsky — whom a Vermont court tapped earlier this month to manage the bakery’s financial assets — within a few days, the Hyslops said Thursday. That agreement would allow the company to get workers back into Koffee Kup facilities and begin producing baked goods while a formal sale is finalized.

Many former Koffee Kup workers were paid in early May for their unused time off, but that money — which totaled nearly $800,000 — was quickly pulled from their bank accounts, with AIAC and Teplitsky both refusing to issue the compensation.

That dispute has become the recent focus of a lawsuit KeyBank filed April 30 in the Vermont Superior Court’s Chittenden County branch, in which it claims Koffee Kup had not repaid more than $7 million in loans from the bank and which led to Teplitsky’s appointment. Vermont Attorney General T.J. Donovan got involved in the case last week, arguing in a legal brief that Teplitsky and KeyBank must pay Koffee Kup workers’ unused time off.

The workers still have not been paid for those hours, KeyBank spokeswoman Karen Crane said Friday.

Koffee Kup’s closure also prompted a class-action lawsuit in the U.S. District Court for Vermont alleging the bakery and AIAC did not give employees sufficient notice of its mass layoffs.

That suit — which seeks to recover wages and benefits for former workers — claims the layoffs violated a federal law requiring employers to give workers, states and municipalities 60 days’ notice before plant closures or mass layoffs. AIAC has cited an exception to the reporting requirement, however, claiming that it couldn’t provide earlier notice about the closure because it was exploring ways to continue operating.

It was not immediately clear how Koffee Kup’s sale to North Atlantic Baking Co. would affect either case. Crane said Friday that KeyBank's lawsuit against Koffee Kup remains open, though she declined to comment further on the case.

"[We] are very pleased with the progress that is being made toward the company’s new ownership and planned reopening," she told The Sentinel in an email.

While the sale has not yet been finalized, Blair Hyslop said Thursday that Teplitsky informed the couple they are the “preferred purchaser” for the bakery and its assets.

On Thursday, the Vermont Economic Progress Council — an independent state board — approved up to $1.8 million in cash incentives for Mrs. Dunster’s to buy Koffee Kup, according to the council’s executive director, Megan Sullivan.

The Hyslops acquired Mrs. Dunster’s — which claims to be the largest family-owned commercial bakery in Atlantic Canada — in 2014, their news release stated. That company is headquartered in Sussex, New Brunswick, and last fall opened a 40,000-square-foot facility in Moncton, New Brunswick.

The Hyslops will continue running Mrs. Dunster’s after acquiring Koffee Kup and will also serve as co-CEOs of North Atlantic Baking Co., they announced.

“We are excited to see the company once again become family owned,” Rosalyn Hyslop said in the release. After founding Koffee Kup in 1940, the Roberge family owned it until 2011, according to the bakery’s website.

Mrs. Dunster’s covers several Canadian provinces and Maine, Rosalyn Hyslop said, adding that the couple has “dreamed for many years of expanding our reach to the rest of New England.”

This article has been updated with information from KeyBank spokeswoman Karen Crane.