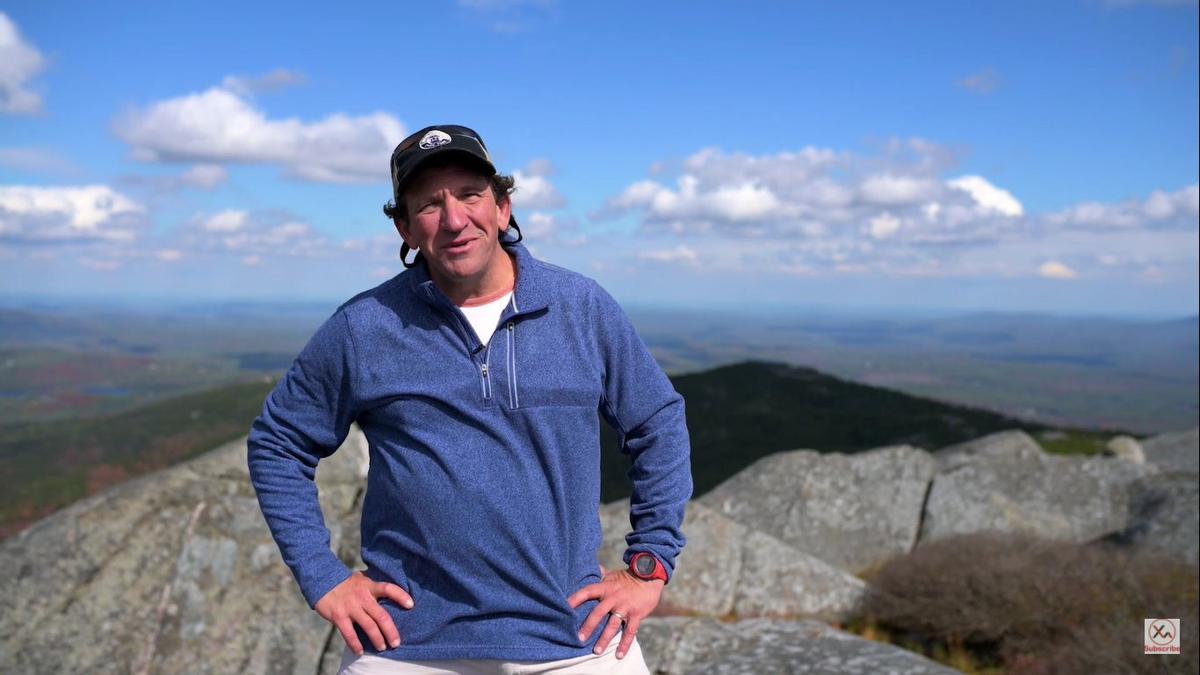 Matthew Cabana speaks from the summit of Mount Monadnock in the premiere video for Xplore Monadnock, which seeks to highlight

local businesses and cultural experiences through an online directory and growing series of videos. 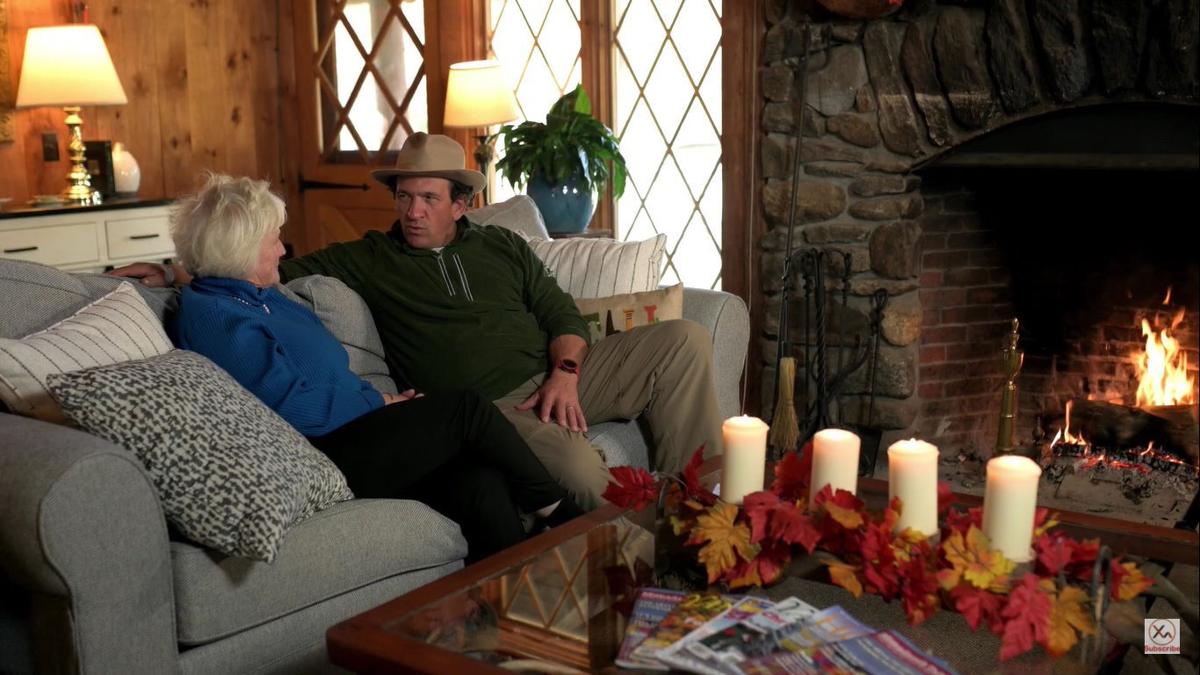 Matthew Cabana speaks with Isabella “Boo” Martin, owner of Stepping Stones Farm and Event Center in Temple, for a video on the Xplore Monadnock website. 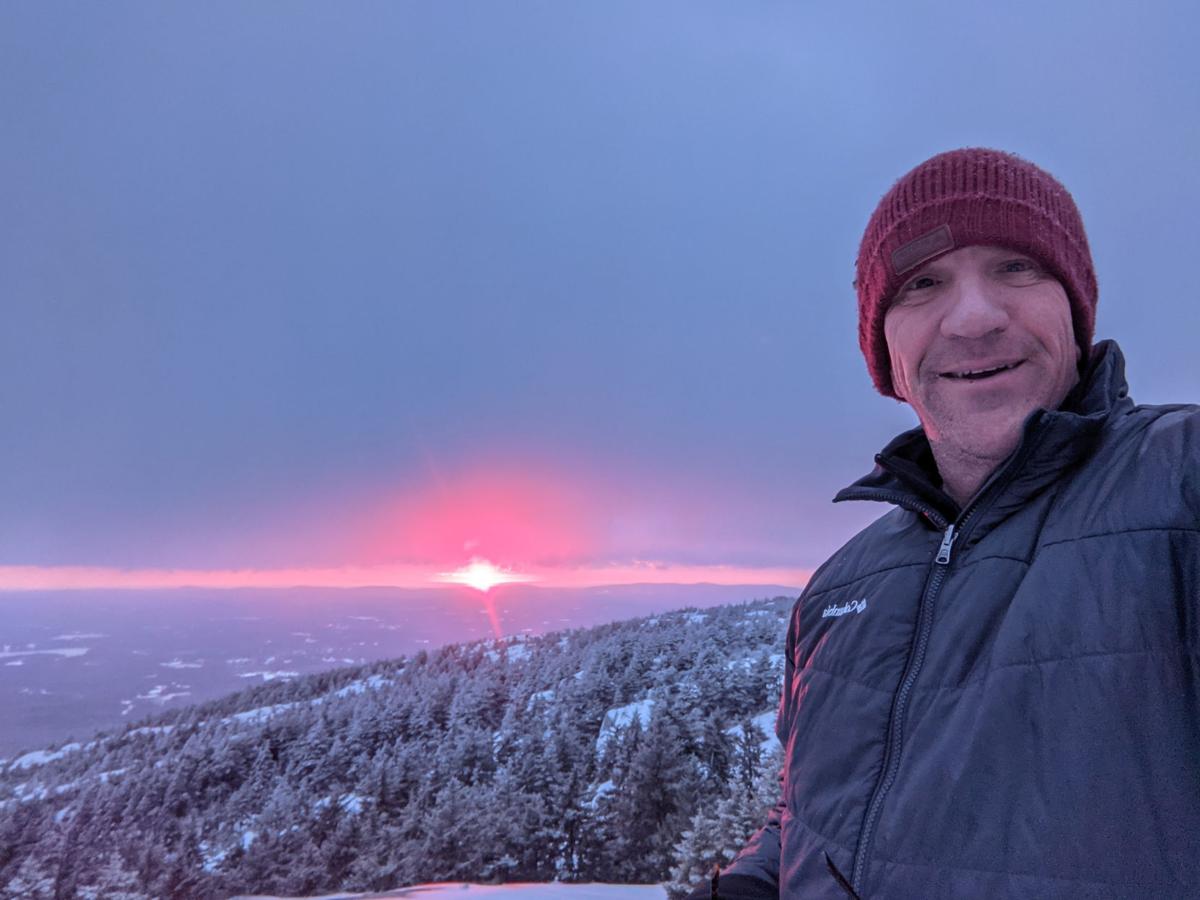 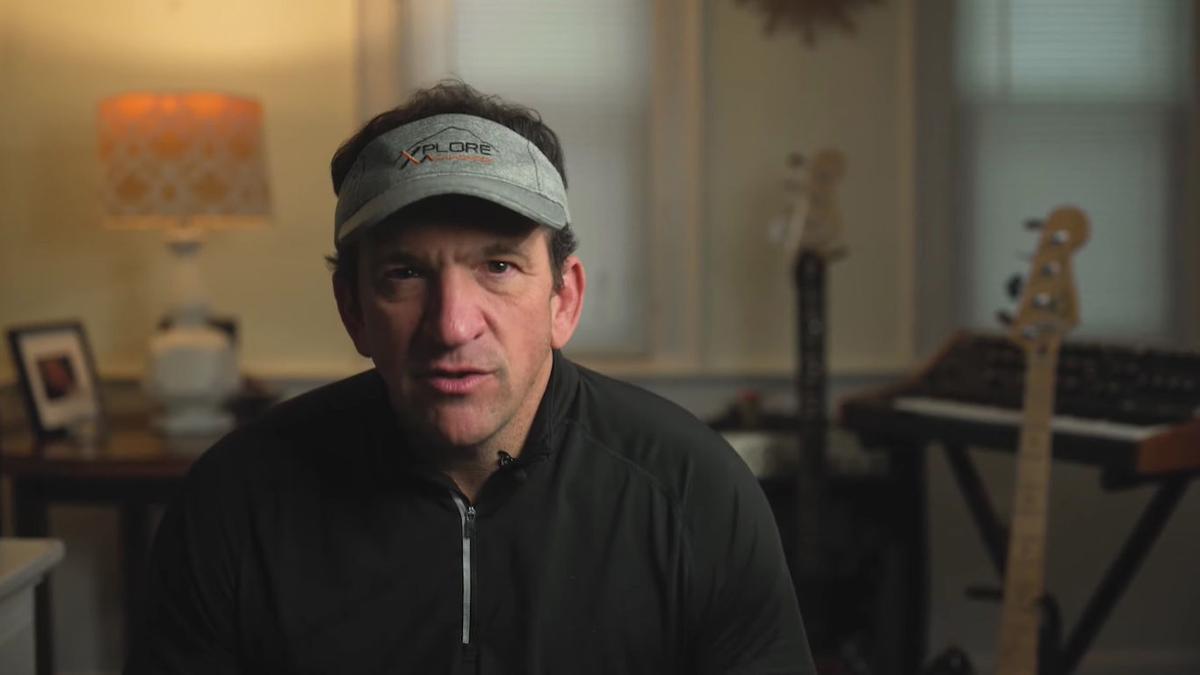 Matthew Cabana, shown here in the most recent Xplore Monadnock video highlighting Drive-In Live, the socially distanced concert series at the Cheshire Fairgrounds in North Swanzey, says the Xplore Monadnock platform is all about giving local businesses space to tell their stories.

Matthew Cabana speaks from the summit of Mount Monadnock in the premiere video for Xplore Monadnock, which seeks to highlight

local businesses and cultural experiences through an online directory and growing series of videos.

Matthew Cabana speaks with Isabella “Boo” Martin, owner of Stepping Stones Farm and Event Center in Temple, for a video on the Xplore Monadnock website.

Matthew Cabana, shown here in the most recent Xplore Monadnock video highlighting Drive-In Live, the socially distanced concert series at the Cheshire Fairgrounds in North Swanzey, says the Xplore Monadnock platform is all about giving local businesses space to tell their stories.

Matthew Cabana grew up in Peterborough, surrounded by small businesses, and he loved it.

Cabana, a graduate of ConVal Regional High School and Keene State College, says his upbringing instilled in him a strong sense of entrepreneurship and self-sufficiency.

Cabana has spent most of his career in real estate, joining the Portsmouth-based Bean Group in 2008, and helping open the firm’s Peterborough office in 2018. He moved to Temple in 2007 with his wife, Amy, who also works with him at Bean Group, and their two children, Julielle, now 16, and Caden, 17. In 2019, the Cabanas bought The Birchwood Inn in Temple.

With his latest venture, Xplore Monadnock, Cabana is taking the challenges presented by the coronavirus pandemic, and harnessing his love of the region, to turn a spotlight on the small businesses and cultural offerings that make the area unique.

“With COVID-19, sometimes, comes blessings,” Cabana said in a recent video introducing the project. “And the blessing of this is the Xplore Monadnock brand that we’re creating as a platform to show off to the world how special this region is, and show it off in such a way that we can introduce the world to the people, places and things in our area — our food, our culture, our natural resources.”

In the debut video, posted in November, Cabana leads viewers on a journey up Mount Monadnock’s White Dot Trail, along the way providing some history of the mountain and the surrounding area. Subsequent videos have highlighted local businesses like Stepping Stones Farm and Event Center in Temple, Keene Barber at 12 Gilbo Ave. and Drive-In Live, the socially distanced concert series at the Cheshire Fairgrounds in North Swanzey.

For help creating Xplore Monadnock, Cabana has turned to several people who share his passion for telling the stories of the community. Joe Plante, who runs the video production company New Media Storytellers with his dad, Bill, was planning to create a documentary on the Peterborough area when he met Cabana in August.

“We were totally trying to do the same thing,” said Joe Plante, who moved to Peterborough last March from Boulder, Colo., to be closer to his parents. “... We’re basically trying to bring awareness to all the cool things in the area.”

Plante handles much of the video production for Xplore Monadnock, along with Braeden Hatfield, who was taking a gap year between high school and college when the COVID-19 pandemic hit. Hatfield, who is also an actor involved in local theater, has learned web design to build the Xplore Monadnock site, too.

“It’s given me something meaningful to do for the community,” Hatfield said of his involvement with Xplore Monadnock. “... We wanted to give these business owners a voice to tell people how they’re continuing to operate in this time. And even beyond the pandemic, we want to continue to support these local businesses.”

Both Plante and Hatfield also said that Cabana is the ideal person to lead a project like Xplore Monadnock, for which he has dubbed himself the CFO — “Chief Fun Officer.”

“It’s been incredible,” Plante said. “I have never met anyone with so much positive energy. He seems to just go, go, go. And it’s refreshing to find somebody who matches my intensity and passion for what I do.”

Hatfield added that Cabana “is the perfect person to have at the front of this project, because he knows everybody, and he just knows how to get people excited about what’s in their communities.”

But Cabana insists that Xplore Monadnock is not about him.

This sort of work, Cabana said, has its roots in his time at Keene State (class of 1992), where he served as student body vice president, and worked on a project called Vision 2000, which involved the redesign of Appian Way and the plans for the student center.

“No one knows that I was involved in the committee that did that,” Cabana said. “But it’s a mark, a mark that was left by myself and a bunch of other people. I was just a student, but I was someone. I was part of it, part of something greater.

“And that’s what we’re kind of doing today, where I have a vision of what New Hampshire, and southwestern New Hampshire and the towns, are going to look like in a couple of years.”

For instance, as Keene begins to move past the coronavirus pandemic, Cabana says he can envision what the city will look like in a few years — large groups returning downtown to enjoy live music and performances at the renovated and restored Colonial Theatre, and college students connecting with a vibrant campus and community.

“And I want to be part of bringing that back,” Cabana said.

Xplore Monadnock also connects with Cabana’s career as a real estate broker, he said. Through Bean Group, he plans to launch Xplore Real Estate soon, which will pair property listings with the interactive elements of Xplore Monadnock that highlight all the area has to offer.

But all of this work, Cabana said, is not about money, but instead about promoting his home, the Monadnock Region.

“There’s something special about this area, there’s something special about that mountain, that just pulls people back,” Cabana said in an Xplore Monadnock video. “You can’t explain it until you experience it. And for people like myself who have grown up at the base of it, in the face of it, it’s unexplainable. But you don’t need to explain it. You just need to enjoy it.”

More information about Xplore Monadnock can be found at www.xploremonadnock.com.

At a glance: Matthew Cabana