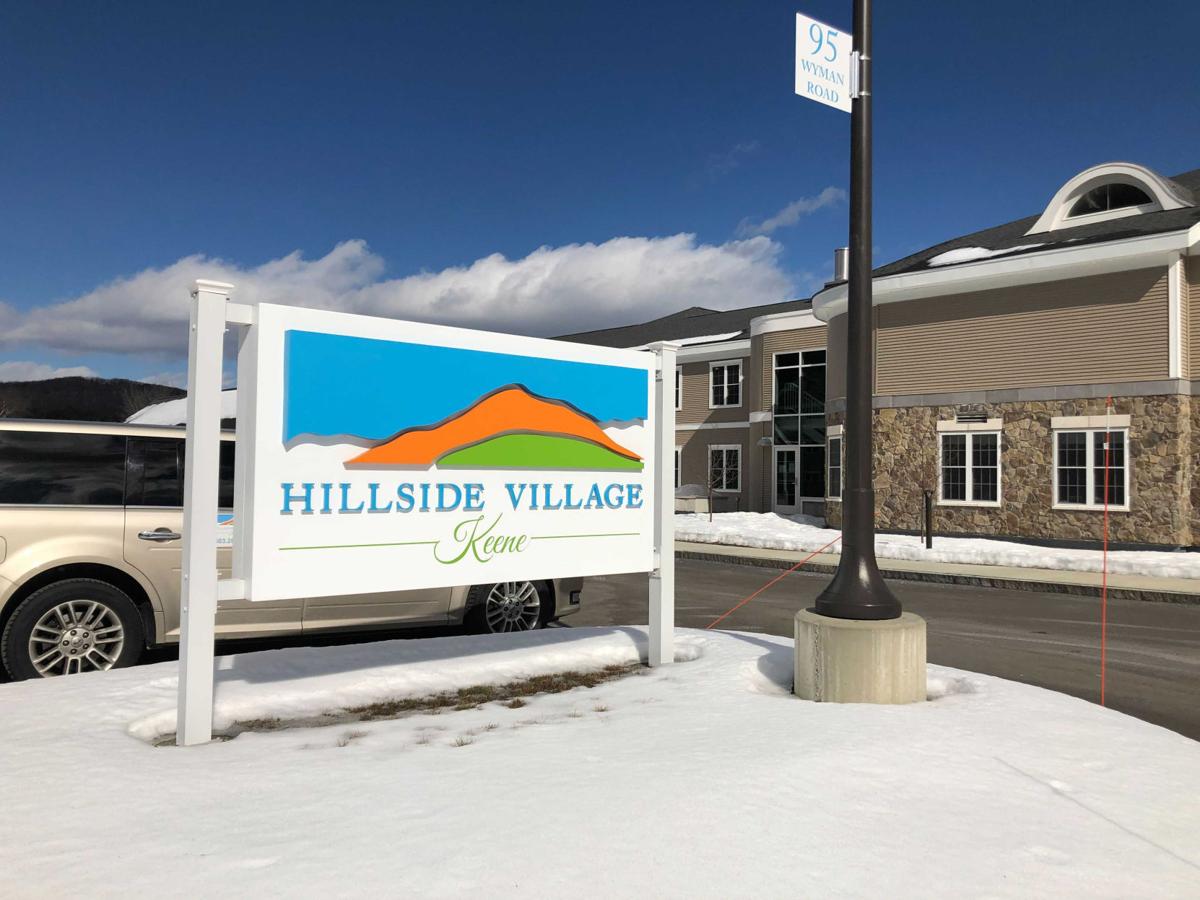 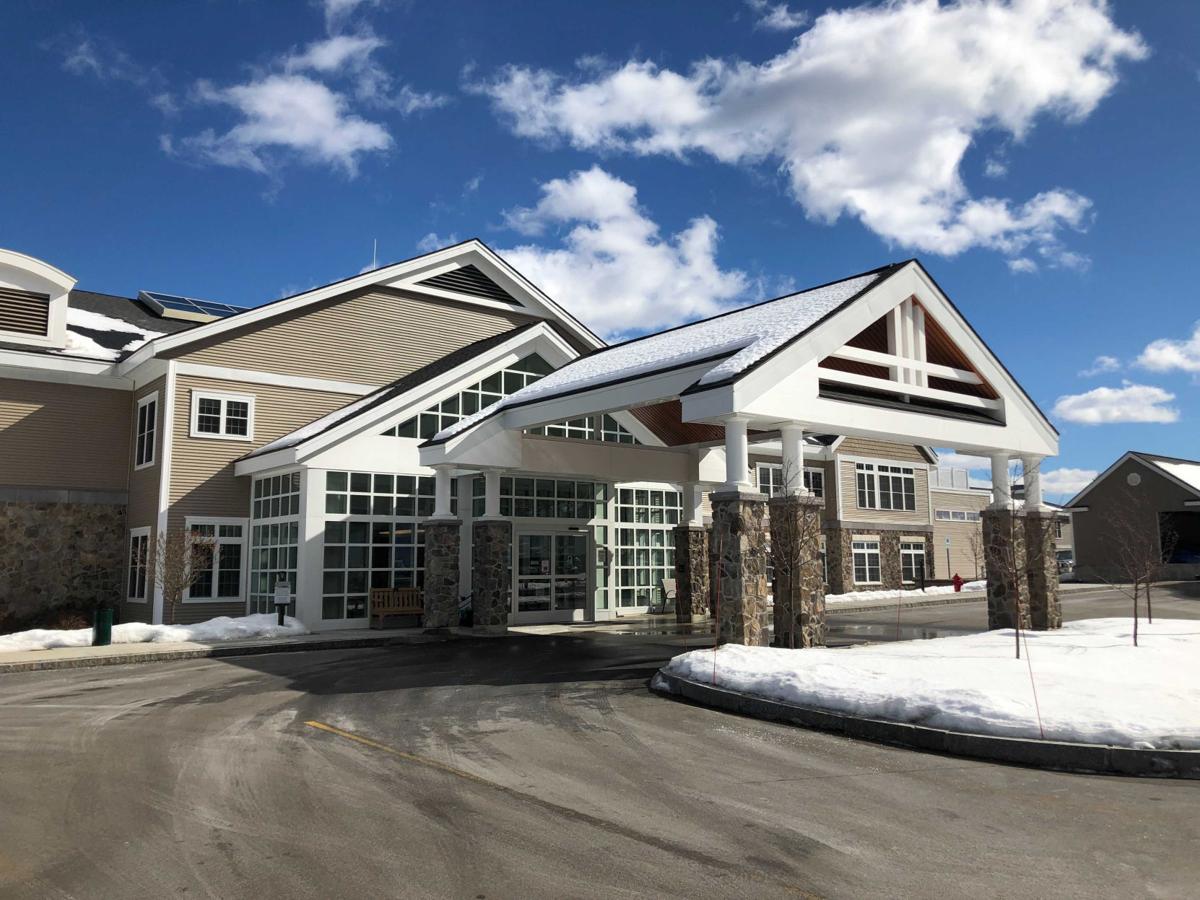 Facing a financial squeeze caused largely by the COVID-19 pandemic, the nonprofit that runs Hillside Village Keene is searching for someone to buy the retirement community and may declare bankruptcy, its officials say.

The cash crunch caused the organization, the Prospect-Woodward Home, to miss a bond payment worth nearly $2 million on the 95 Wyman Road facility last month.

The sprawling retirement community, which opened in 2019, is home to 195 seniors and offers a full continuum of health care — from rehabilitative services to 24-hour nursing care. It employs nearly 150 staff members across the various facilities on site.

In a conference call with a Sentinel reporter Wednesday, members of the Prospect-Woodward board of trustees said they have hired OnePoint Partners, a consultant to senior-care operations nationwide, to help navigate the financial situation.

After determining late last year that Hillside Village needs a cash infusion to remain viable, OnePoint Managing Director Tom Brod said on the same call that the company is actively searching for a buyer. Measures to rejuvenate Prospect-Woodward’s finances may also include filing for bankruptcy, he said.

However, the nonprofit’s officials pledged that even if it declares bankruptcy, Hillside Village residents will remain at the facility and retain their current health care services.

Despite the financial challenges, Prospect-Woodward remains focused on providing a quality residential experience and health care to its residents, according to board Chairwoman Nancy Crawford.

“Our goals, first and foremost, are to create a community that’s both financially healthy and sustainable for the long term, to continue … providing the highest level of care, [and] to protect the interests of residents and employees with minimal disruption,” she said.

Opened in 2019, Hillside Village was first envisioned more than a decade ago by trustees of two local assisted-living facilities, Prospect Place and The Woodward Assisted Living Home, Crawford said. The trustees, she explained, wanted to turn those small facilities into a larger operation with on-site health services available for the rest of residents’ lives — known as a “lifecare community.”

“Many of us knew retired folks who had left Keene because such a community did not exist here,” she said. “We wanted seniors to stay and continue to be actively involved in this very vibrant city.”

The nonprofits merged in 2016 to create the Prospect-Woodward Home. Later that year, Keene officials approved the group’s plan to build Hillside Village at a site on Wyman Road that included two properties, measuring a combined 50 acres, owned by then-Mayor Kendall W. Lane.

Construction on the facility broke ground the following year, and the first residents moved there in early 2019 as part of a “phased opening” that continued in the following months.

Hillside Village has 140 units for independent living, the majority of them at a large community center and a smaller number at the Woodside Apartments on site. It also operates a facility across the street, known as the Prospect-Woodward Health Center, where residents can receive more intensive care while staying in suites designated for assisted living, nursing or memory care.

Those amenities come at a steep cost: Hillside Village residents pay an entrance fee that ranges from about $217,000 to $665,000, depending on the size of their apartment and their eligibility for a refund if they leave, according to Brod. They also pay a monthly fee that averages $4,500, he said. (The cost of having a second resident in the same unit is much lower.)

Crawford said the community opened “to great excitement,” noting her fond memories of mingling with residents at a holiday party later that year.

But that momentum stalled early in the pandemic, when, before reaching full occupancy, Prospect-Woodward suspended move-ins and site visits by potential residents to comply with guidance from public health officials, she said. Other measures included barring visitors and congregate activities at the health center, conducting wellness checks with residents and providing groceries on site.

“The fun things that people were moving to the community to do, those were the things that suddenly we had to stop,” Crawford said.

Some of the restrictions remain in place — the dining room, for example, has not yet reopened — though Brod said it has resumed accepting new residents.

Like many senior-living facilities, Hillside Village also dealt with a COVID-19 outbreak when at least 23 residents and staff contracted the virus, and one person died, in November and December, according to the N.H. Department of Health and Human Services. (Nearly all of the residents are now vaccinated, and 80 percent of Hillside Village employees had received at least one dose as of Wednesday, with an on-site vaccination clinic scheduled for later that day, according to Brod.)

The pandemic has been particularly damaging to Hillside Village, he explained, because public-health protocols prevented it from reaching a sustainable occupancy.

“Communities similar to Hillside have been hit hard, even if they were already fully occupied,” he said. “… Hillside’s been a victim of unfortunate timing, in the sense that [it] got hit before it had ever filled.”

Nearly a quarter of the facility’s 140 independent-living units are vacant, Brod told The Sentinel in an email Wednesday afternoon. The occupied apartments have 170 total residents, and 25 other people live in units designated for assisted living or memory care, he said.

The occupancy issues at Hillside Village have created a revenue shortfall that Brod said is among the primary causes of its financial crunch.

Unexpected spending related to the pandemic, on items like personal protective equipment, has also eaten at the organization’s coffers, Brod explained, though Hillside Village received government relief that he said helped offset some of those expenses. And construction costs ran higher than expected, he said, adding that a $5.7 million lawsuit a contractor brought against the nonprofit in August 2019 is “a further complicating issue.” (An arbitration hearing for the case, in which the Keene-based MacMillin Co. claims Prospect-Woodward never fully paid for its construction work, is scheduled for later this year. Prospect-Woodward, in a court filing, said its architect suggested withholding a large payment due to “incomplete and defective work” by MacMillin.)

The nonprofit has not yet repaid approximately $60 million of the tax-exempt bonds that financed Hillside Village’s construction, according to Brod.

Prospect-Woodward’s board of trustees became aware of the financial issues at Hillside Village late last spring, said Lane, the former mayor, who is a board member. The board hired OnePoint in August, he said, after realizing that “we needed some expertise that we couldn’t provide.”

Following a review of the nonprofit’s finances, OnePoint recommended that Prospect-Woodward notify its bondholders — a combination of mutual funds, financial institutions and individuals — of the situation, according to Brod.

The board had told bondholders last summer that the pandemic was hurting its resources, he said. When COVID-19 cases in the region spiked in November, OnePoint again initiated contact with the bondholders to keep them informed ahead of Prospect-Woodward’s semi-annual bond payment due Jan. 1.

The nonprofit missed that $1.8 million payment, which Brod compared to a mortgage bill for homeowners.

“We had enough dialogue with the bondholders that we told them in advance that we were not going to make the payment,” he said.

During those conversations, Brod explained, Prospect-Woodward and bond trustees — bank officials who manage the bondholders’ investments — agreed that Hillside Village needs more cashflow to remain financially viable. The solution, he said, will be to find a new owner or investor for the facility.

OnePoint is working with a broker to identify possible buyers, which include organizations operating similar retirement communities in New England and beyond, according to Brod. Some have already expressed interest in Hillside Village, having noticed that Prospect-Woodward missed the Jan. 1 payment, he said. (That information is publicly available, since the bonds are traded on the open market.)

Prospect-Woodward may also explore restructuring its bond obligations, but Brod said that move could be complicated by a requirement that it first get approval from each individual bondholder.

Instead, the nonprofit is more likely to file for bankruptcy, he said.

That process, known formally as Chapter 11, would allow the organization to restructure its bond obligations with court approval, rather than permission from every bondholder. Prospect-Woodward has not yet initiated Chapter 11 proceedings and does not have a timeline for when that might happen, though Brod said it could occur in conjunction with a sale of Hillside Village.

The organization has already notified Hillside Village residents of the possibility that it, or a new owner, will declare bankruptcy. Even if it takes that step, Lane said, residents will not be asked to move and will continue to receive all of the services that are currently offered.

“Chapter 11 does not mean we’re shutting down,” he said. “… Hillside Village will remain in business, and the residents will be protected as we go through this process.”

Brod added that Prospect-Woodward officials do not believe residents will “experience any change in their day-to-day lives at Hillside.”

In a pre-emptive move, the organization has told state regulators that reshuffling its finances may include adjusting insurance guarantees to future residents, which would need approval from the N.H. Insurance Department, according to Crawford. However, it has not changed any insurance obligations to current residents.

“That’s all part of us keeping them informed,” she said. “Nobody’s trying to keep something under wraps here. We have a responsibility to be transparent about all of these things.”

Prospect-Woodward officials do not know whether the current board of trustees would remain in place under new ownership, though Brod said “it’s very possible that the board would continue.”

For now, Crawford said, the organization is committed to ensuring that Hillside Village realizes its original purpose as a home for active community members.

“We want to continue to be the place that when people think about staying for the rest of their years in Keene, Hillside is the place that they choose,” she said.