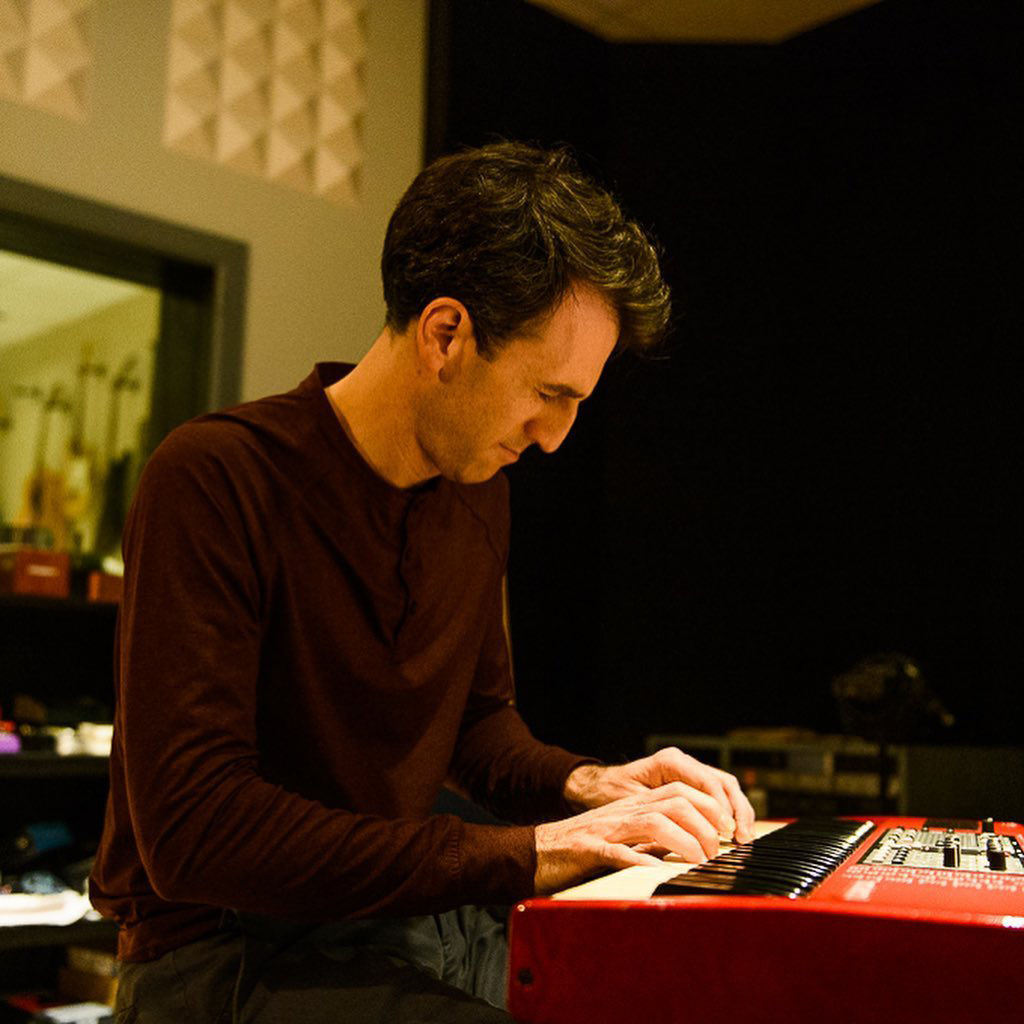 JP Schlegelmilch, a Brooklyn-based jazz pianist shown here, will return to his childhood home of Keene next week to perform at the Nova Arts stage at Brewbakers Café. 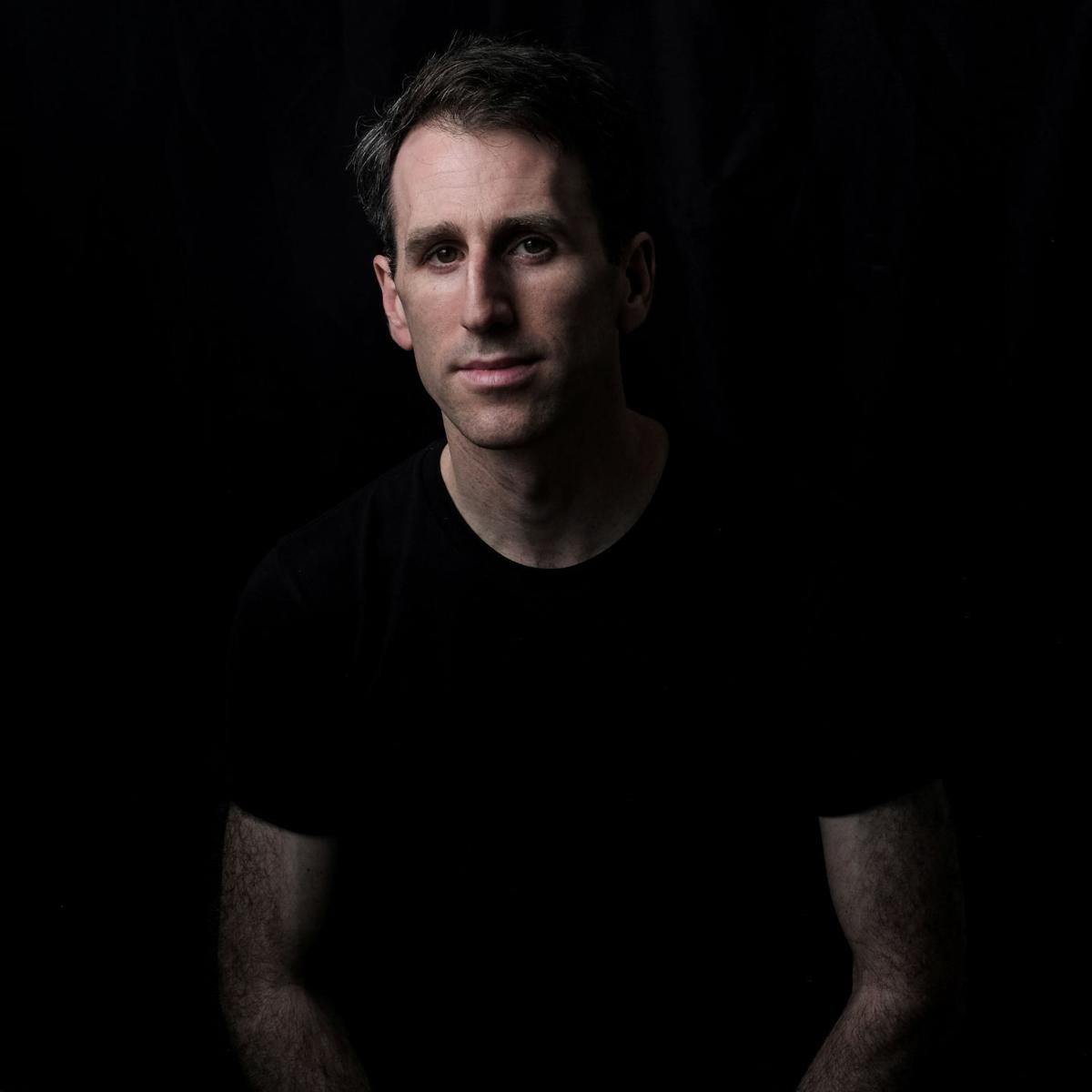 JP Schlegelmilch, a Brooklyn-based jazz pianist shown here, will return to his childhood home of Keene next week to perform at the Nova Arts stage at Brewbakers Café.

In JP Schlegelmilch’s Brooklyn, N.Y., home stands the same upright piano that he first learned to play when he was growing up in Keene.

He still uses it to practice, but long ago graduated to rehearsing on a grand piano in a nearby studio as he plies his trade as a jazz performer in the nightclubs and bistros of the Big Apple.

Schlegelmilch will bring his talent back north to Keene this Wednesday when he plays solo at the Nova Arts stage at Brewbakers Café. He’ll be the opening act for the Orrin Evans Trio, a jazz group led by Grammy-nominated pianist Orrin Evans.

“I’m very excited to be performing in my beloved hometown, a wonderful opportunity in a great venue,” the 42-year-old says.

Since moving to Brooklyn in 2006, he has been performing with his own groups and some of New York’s most well-known improvisational jazz musicians. His latest group, Visitors — a trio featuring him on electric organ, Jim Black on drums and Jonathan Goldberger on guitar — released its debut album “Visitors” on Skirl Records, and it was included in Rolling Stone’s “Best Jazz Albums of 2018.”

The son of John and Connie Schlegelmilch of Keene — his father the former medical director of Cheshire Medical Center and mother a former social worker there — JP showed an early interest in music that his parents nurtured.

“There was always a lot of music at home, popular songs but also classical. In fact, there was a Tchaikovsky LP that I always requested,” he says. “There was love and appreciation for music in our house.”

Music also ran in the family, his mother says, with her late father, Edward Giesa, an avid piano player, and John’s late mother, Rose, a talented singer. Incidentally, JP Schlegelmilch says, his grandmother was the only person to call him by his given name, John Paul.

At age six, Connie took her son to piano lessons taught by Chonghyo Shin, who was teaching at Keene State College at the time and is now a classical piano instructor at Amherst College in Massachusetts.

“It was such a big deal for me, taking those lessons. She was such a wonderful teacher,” JP Schlegelmilch says.

“I knew it was what I wanted to do; it was part of my identity at an early age.”

Regular practice sessions became routine, never a chore, he says, and he began to expand his interest beyond classical music into rock and jazz.

At Keene Middle School, he joined the band, directed by James DePalo, who had a reputation for encouraging and motivating young people. Among the signature annual events DePalo orchestrated were performances entitled “Hot Jazz in January.”

“Jim DePalo was such a real inspirational figure for me,” Schlegelmilch says. “I had so much fun; he made it so fun.” DePalo retired in 2010 after directing the school band for 33 years.

At Keene High, Schlegelmilch played in its Jazz Band, performing on both piano and saxophone, and he also formed his own jazz band. His circle of friends expanded to encompass other musicians in both Keene and elsewhere in the Monadnock Region, including Eric Gagne of Rindge, who had formed another jazz band.

Incidentally, it was Gagne, now a Peterborough resident and programming director for Nova Arts, who booked Schlegelmilch for the Keene gig. The event is being underwritten by Greenwald Realty Associates, and the proceeds will be donated to the Keene Housing Kids Collaborative and the Keene Family YMCA.

“Our bands used to play together,” Gagne says. “JP was swaying people back in 1994, and he’s so much more rich and nuanced now. He’s digging a bit deeper, and he’s just super interested in hearing new sounds and learning new things.”

Also during high school, Schlegelmilch was influenced by the late Scott Mullett, a 1976 graduate of Keene High who played with many musical stars and the Tommy Dorsey, Glenn Miller and Woody Herman orchestras. Mullett, in addition to playing with his namesake jazz trio, led the Keene Jazz Orchestra, comprising a mix of high-school and college students as well as professional and amateur musicians.

“He was great, one of the first true jazz musicians who I hung out with,” Schlegelmilch says. “A sweet guy, very encouraging to me and my friends.”

After high school, Schlegelmilch attended Berklee College of Music in Boston for two years, and then transferred to Purchase College-SUNY in Westchester County, N.Y., so he could be near enough to New York City to visit jazz clubs.

“Performing was one of the things that drew me to New York City, to the jazz scene,” he says.

After graduation, he moved to Brooklyn, looking for work, trying to make a name for himself, and hooking up with other musicians and groups in which he could play.

“The first step in New York is going to the clubs to make connections,” he explains, but that was an uphill climb, competing with scores of other budding musicians. He discovered that the New York jazz scene is a tight network where everything hinges on who you know.

“One club I loved — Barbes in Brooklyn — I emailed them every week for a year to get a gig, but to no avail,” he says. “Finally, one night a friend introduced me to the owner, and now I play there frequently. For me, Barbes is in the pantheon of jazz clubs.”

Schlegelmilch also plays organ in Matt Bauder’s band, Hearing Things, which specializes in a “kind of Middle Eastern flavored surf-rock with old school R&B honking and striptease-worthy themes,” according to critic Peter Margasak of the Chicago Reader. His other projects include a quartet with piano, cello, violin and percussion, inspired by the noted jazz composer Lou Harrison.

He also learned that the jazz world in New York is largely nocturnal.

“Clubs stay open very late, and sometimes the jam sessions only begin at midnight,” he says. “At Smalls, a popular spot in the West Village, jam sessions begin at one or two in the morning.”

In addition to performing, Schlegelmilch instructs students, maintaining a steady complement of about 15 pupils ranging in age from as young as four to adults.

All was going swimmingly in his career until the spring of 2020, when COVID put a quick end to live performances. It was a difficult time for him, for everyone in the business, he says, but with two silver linings — it allowed him to spend more time with his young son, Zubin, and to practice more at the piano.

“I changed my routine and the way I practiced. I played classical music, songs that I liked — sounds of comfort during the distressing days of the pandemic. It helped my mental health,” he says. He and his wife, Lisa Khandhar, an attorney with the Office for Civil Rights of the U.S. Department of Education, and their son relocated temporarily to his parents’ home in Keene for four months during the worst stages of the pandemic. There, JP conducted his classes virtually.

“We were here long enough to see the seasons change,” he says of his Keene sojourn, as well as to make frequent hikes up Mount Monadnock, which had been a passion of his while growing up.

The Nova Arts gig will be his first chance to perform before an audience since the pandemic began, and he admits to being a little nervous. “I used to get butterflies when I started, but now I’ll see if I get them again because it’s been so long. You just learn to process the adrenaline.”

Initial jitters or not, Schlegelmilch says he can easily lose himself in his music.

“When I’m in the zone, it’s just sensations, watching my hands operating on their own. I get carried away with the music and sometimes I try to pretend the audience is not there, that I’m just playing by myself,” he says.

Tickets for Wednesday’s show featuring Schlegelmilch and the Orrin Evans Trio are available for $20 on the Nova Arts website at www.novaarts.org/events/orrinevans.

At a glance: JP Schlegelmilch