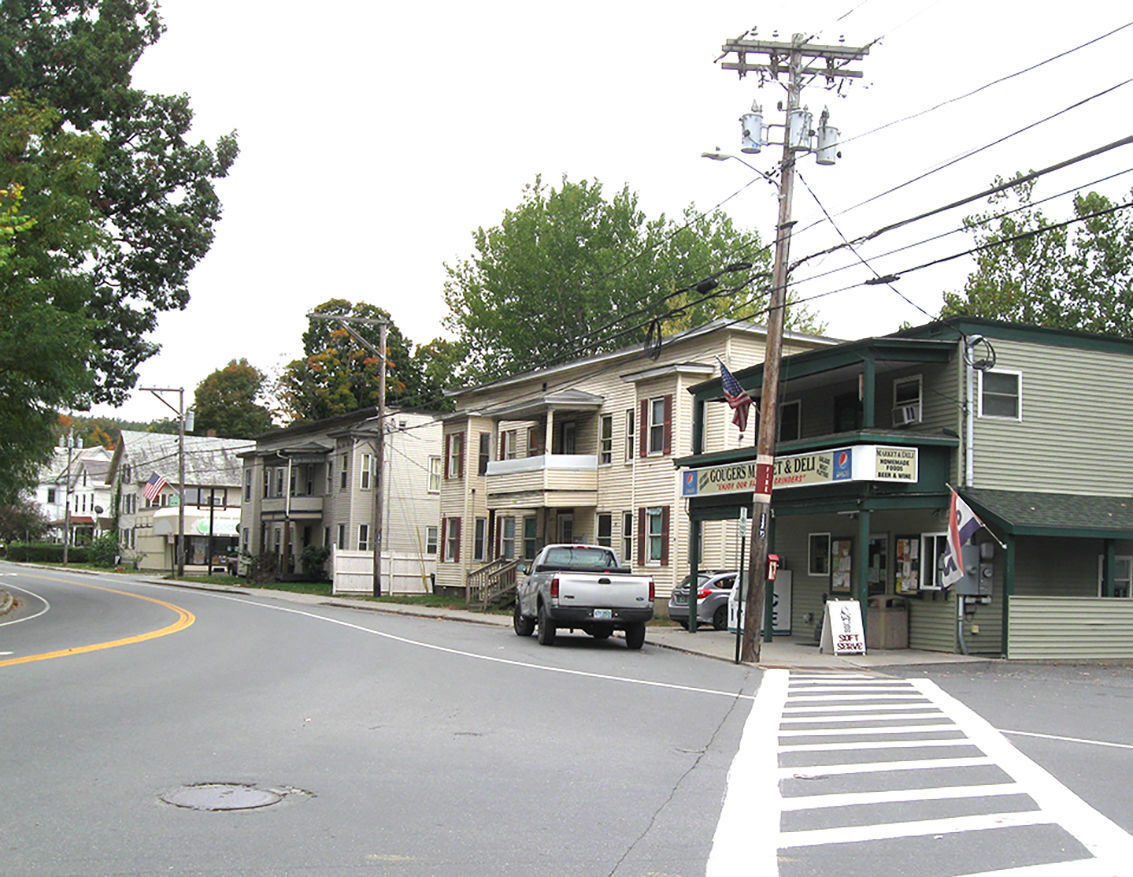 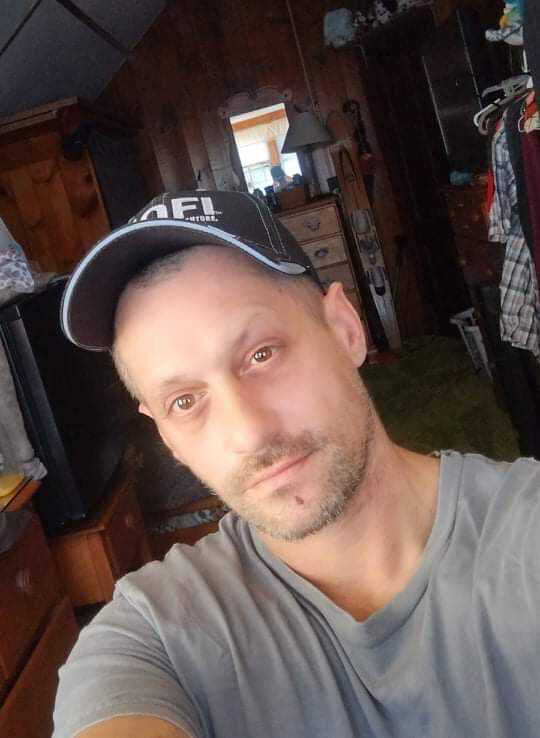 Kristopher Levine has lived in a seasonal cottage, shown here, on Spofford Lake since the summer.

Kristopher Levine has lived in a seasonal cottage, shown here, on Spofford Lake since the summer.

BRATTLEBORO — After three decades in Brattleboro, Kristopher Levine had to leave this summer.

Despite income from two different jobs, including one as an Uber driver, and strong personal references, Levine, 44, said he couldn’t find a new apartment in town due to high demand for very few open units.

His search widened to other communities in Vermont, where he said many landlords were asking for first and last months’ rent, in addition to a security deposit, at the start of a lease — a sum he felt he couldn’t afford.

“That’s the difference of anywhere between $500 and $800, so that would definitely be a big help,” Levine said.

But Brattleboro tenants and landlords are split on the new rules.

Renters say the ordinance, which bars landlords from charging initial fees that exceed the first month’s rent and a security deposit equal to that amount, has eased a potential barrier to housing. Those costs often included final month’s rent in the past, they say, putting them on the hook for thousands of dollars in some cases.

Meanwhile, some landlords claim the prohibition gives them no way to ensure tenants will be able to afford rent at the end of their lease. That has made some wary of renting to people with less financial security, potentially undermining the ordinance’s intent.

Brattleboro’s selectboard voted 3-2 to approve the security-deposit cap late last year, following a series of public hearings at which board members heard many of those same arguments. It was enacted in February after a mandatory waiting period following its approval.

Town officials plan to review the ordinance’s impact next year.

Doran Hamm, an organizer with the local tenants union that proposed the measure, said Monday he thinks it has — as intended — helped workers of low income afford to live in Brattleboro.

Most landlords have so far been receptive to the new rules, Hamm said. He added, however, that housing costs continue to rise for Brattleboro residents looking to move elsewhere in town and also for people new to the area.

“It’s tight for the people who are born, raised and live here,” Hamm said. “It’s very hard for people trying to move here.”

New Hampshire landlords may not charge more than first month’s rent and a security deposit equal to that amount in most cases. But in Vermont, only Brattleboro and Burlington prohibit higher up-front costs.

The median monthly rent in Brattleboro — where Town Manager Peter Elwell has said about half of residents rent their homes — was $867 in 2019, according to U.S. Census estimates.

Nearly a quarter of all Brattleboro households spend a majority of their income on housing expenses, the Census estimated that year.

Organizers with the Tenants Union of Brattleboro, the activist group formed last year, have said they’d like the town to address those affordability issues by adopting a broader rent-control program. The tenants union proposed a security-deposit cap, though, because it seemed easier to enact, Hamm and other members have said.

But some Brattleboro landlords continue to argue that the new rules make it more difficult for anyone without a stable income or established credit to find housing.

Fric Spruyt, who owns a couple dozen units in town, said he previously required tenants to pay both their first and last months’ rent, in addition to a security deposit, at the start of their lease.

That arrangement meant he felt comfortable renting to people with limited financial means, such as college students and those still paying off student loans. Spruyt said he also worked with tenants unable to produce that cash immediately to create a payment plan.

Calling the security-deposit cap “shortsighted,” Spruyt said he’s no longer willing to take in people in those situations.

“I don’t know anyone who likes it, tenants or landlords,” he said of the ordinance. “… It just means I can’t be as flexible [in] who I rent to.”

As of Tuesday, Brattleboro had received just one complaint of a landlord still charging last month’s rent up front, according to Planning Director Sue Fillion. Town staff contacted that landlord to explain the new rules, she said. (The penalty for violating the security-deposit ordinance is $100.)

Selectboard Vice Chairman Ian Goodnow said he’s heard from several tenants that their landlord wasn’t complying with the ordinance. Those landlords were then alerted to the rent restriction, he said.

He cautioned, however, that selectboard members have not yet fully examined its impact and plan to do so next year. Goodnow noted that a broad study of the town’s housing situation will also be completed in the coming months, offering policymakers more information about what is needed to address an issue he said has reached “crisis” levels.

“I think it’s really important that we look at the data and take some time to reflect on these decisions,” he said.

With local officials preparing to study the issue, landlords like Ibrahim Dahlstrom-Hakki say the new ordinance makes it more difficult to determine whether tenants are financially reliable. Dahlstrom-Hakki, who owns 17 units in Brattleboro, said he can count on people who are able to pay three months’ rent.

Under the new ordinance, he said he may still rent to people with low income or otherwise shaky finances. But in those cases, Dahlstrom-Hakki said he wants additional security to ensure their rent will be paid fully, such as a parent to co-sign the lease.

“If we think somebody would be a good tenant but may be risky financially … we’re looking for these other ways to mitigate that,” he said.

The new rules may also prompt Brattleboro landlords to raise rent, Dahlstrom-Hakki said, so they have some insurance in case a tenant can’t pay the last month of their lease. He added, however, that natural market pressures are forcing housing costs up, too, thus masking the ordinance’s effect.

“It’s hard to separate where the market is going and the impact of this new ordinance,” he said.

Hamm, a member of Brattleboro’s planning commission, which drafts land-use policies, said that panel is also trying to address housing affordability issues. The selectboard recently adopted a slate of recommendations from the commission that are meant to encourage new housing by relaxing density restrictions, among other measures.

Beyond those relatively minor changes, Hamm said he’ll continue to push for a statewide rent cap and more regulations on Airbnb units to turn those into long-term rentals.

“It feels like a Band-Aid to a gushing wound to be perfectly honest,” he said of the security-deposit ordinance. “It’s good. It’s important that it’s there … But the wound is deep and not going anywhere. If we’re using that analogy, it’s gotten gangrene.”

And the housing search remains daunting for many.

Levine, whose lease on Spofford Lake ends Dec. 1, said he recently took a full-time warehouse job at United National Foods Inc., a wholesale food distributor with a location in Chesterfield. Even with that income, as well as any earnings from a social media application he’s launching to connect marijuana users, he expects it’ll be hard to find a new apartment.

Levine said he may be forced to find a long-term hotel room or to sleep in his car. It’s a decision he’s not quite ready to face.