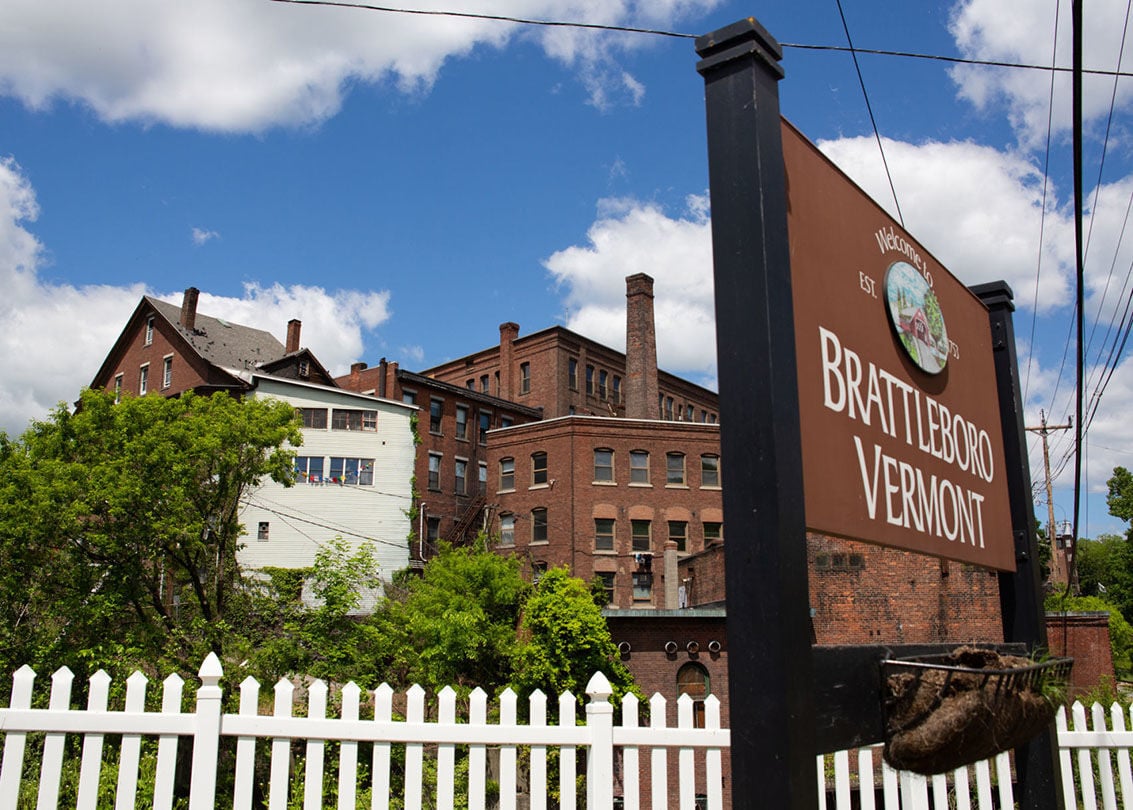 With community coronavirus transmission on the rise, Brattleboro has returned to requiring that face masks be worn inside buildings open to the public. 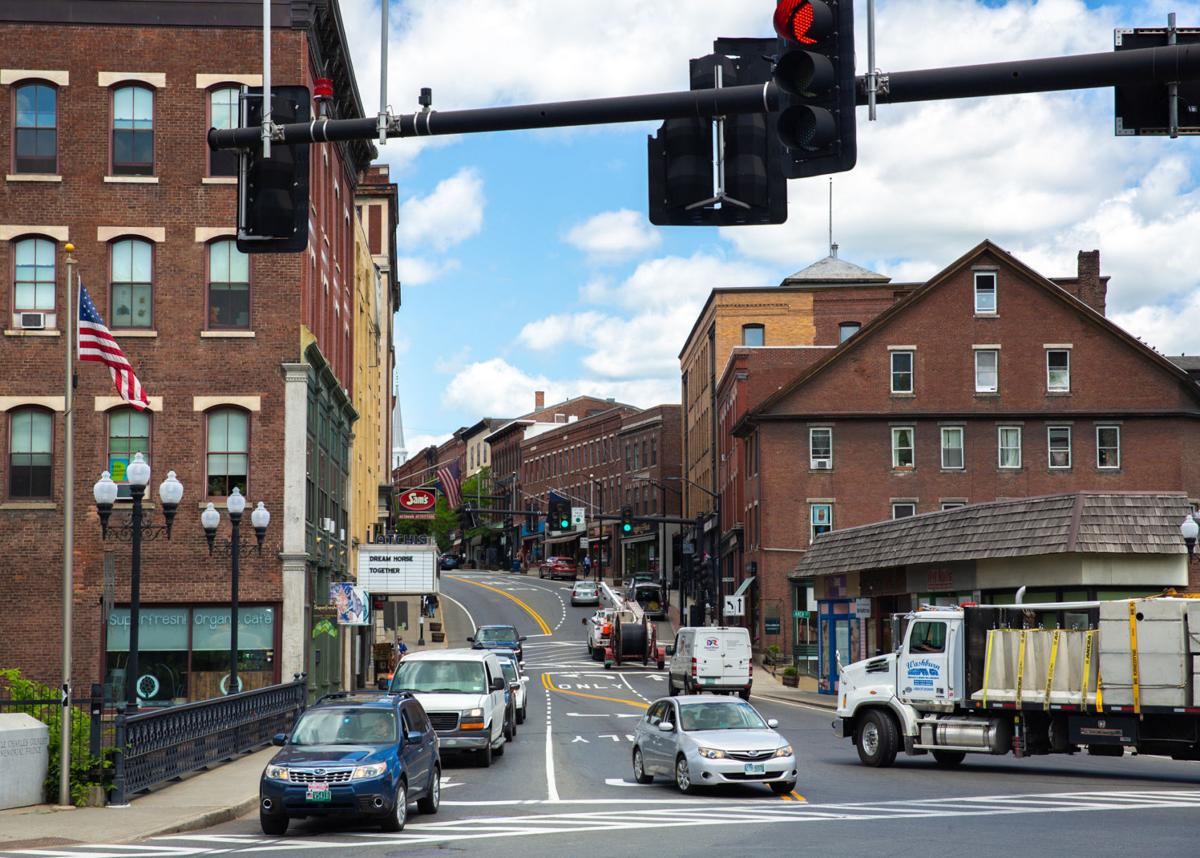 Downtown Brattleboro, as seen from Canal Street over the summer. 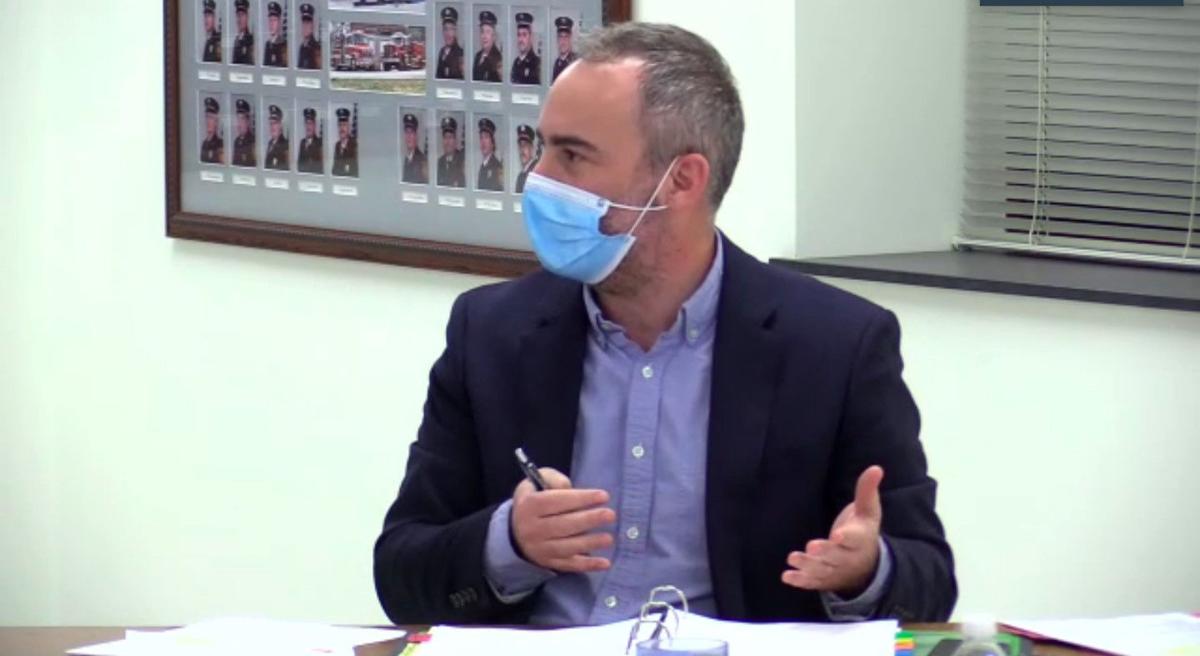 Brattleboro selectboard member Daniel Quipp addresses his colleagues about a proposed indoor mask requirement, which the board approved Tuesday night. 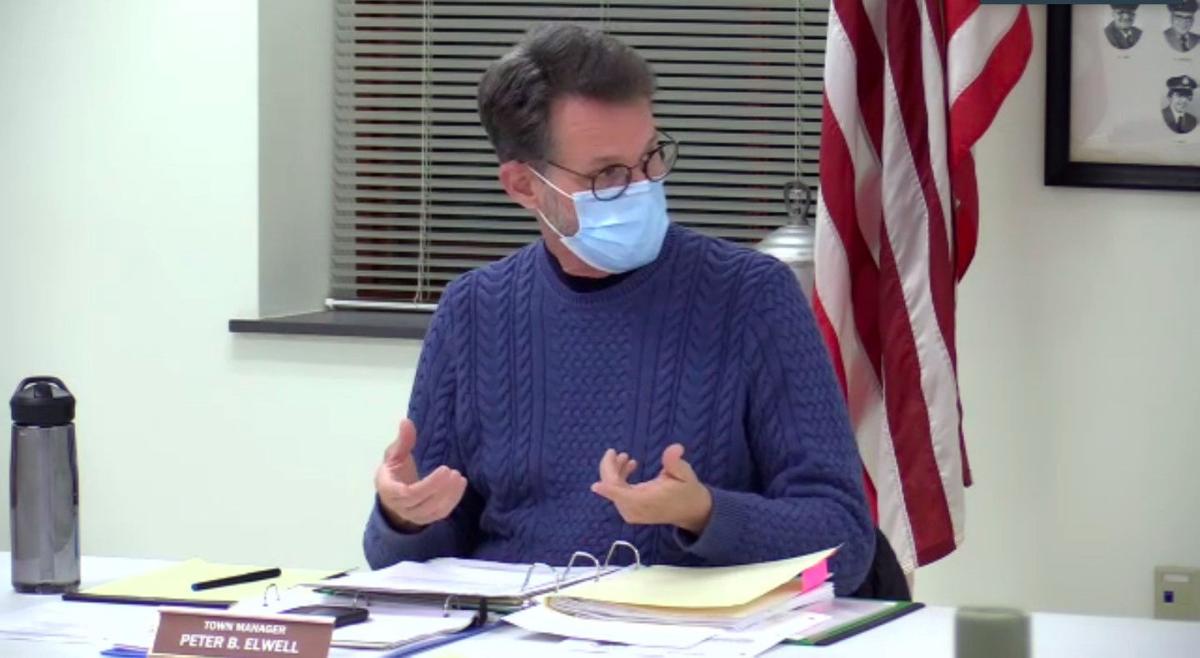 With community coronavirus transmission on the rise, Brattleboro has returned to requiring that face masks be worn inside buildings open to the public.

Downtown Brattleboro, as seen from Canal Street over the summer.

Brattleboro selectboard member Daniel Quipp addresses his colleagues about a proposed indoor mask requirement, which the board approved Tuesday night.

BRATTLEBORO — Town officials have reinstated a requirement that people in indoor public places wear a face covering, responding to a sharp rise in COVID-19 cases in the area.

Brattleboro’s selectboard voted 4-1 Tuesday night to institute the new mask rules, which will apply to businesses and municipal buildings, among other indoor spaces. Those rules go into effect immediately.

The town’s previous mask mandate, adopted early in the pandemic, expired this past June, shortly before a statewide emergency order also lapsed. Since then, selectboard members passed a non-binding resolution encouraging residents to wear masks in public spaces and to get vaccinated in order to keep the virus from spreading.

But until recently, Vermont Gov. Phil Scott had prohibited communities, including Brattleboro, from establishing new mask mandates, pointing to high vaccination rates in the state. (As of Tuesday, 74 percent of eligible Vermonters are fully vaccinated against the airborne respiratory virus — 12 percent more than New Hampshire’s rate.)

Scott softened that stance last week, however, after Vermont lawmakers pressured him to create a statewide mask mandate with COVID infections rising. In a Nov. 15 letter, Scott told top lawmakers he would instead consider letting towns create their own temporary masking rules.

Vermont’s seven-day average of new cases has regularly topped 300 in recent weeks — higher than any other point in the pandemic — and the state health department has reported more breakthrough infections and cases involving the more-contagious delta variant this fall.

State lawmakers adopted the new mask guidance — which allows towns to issue indoor requirements until the end of April, but requires they be renewed every month — at an emergency session Monday.

Town Manager Peter Elwell noted to selectboard members that the Centers for Disease Control and Prevention recommends all people in areas with high COVID-19 transmission, such as Windham County and all other Vermont counties, wear face coverings while indoors.

Most selectboard members voiced their support for the new mask mandate, calling it a helpful measure to limit viral spread even while most residents already cover their faces indoors and have been vaccinated. Board Chairwoman Elizabeth McLaughlin argued that because Brattleboro is a “county hub” that attracts people from other communities, the town is at greater risk of an outbreak.

“I think it’s important for Brattleboro, even though we don’t have excruciatingly high [case] numbers,” she said.

Tim Wessel, the lone dissenter, told his colleagues that while he thinks wearing a mask indoors is important, the new rules won’t make a difference and instead could alienate people opposed to government mandates, in general.

“You lose some people that way,” he said. “Some people just don’t like to be told what to do.”

Arguing that the town won’t be able to enforce the requirement beyond pressuring indoor establishments to comply, Wessel added that it may send the wrong message that the COVID-19 vaccines don’t work. And with all three vaccines in fact highly effective at preventing serious health issues, including death, he said policy decisions should no longer rest primarily on case rates.

“The focus should be on hospitalizations, poor outcomes and death,” he said. “We are well past the time where cases should be the only, or the highest, measure.”

There was no discussion Tuesday night of how the new rules can be enforced, nor of what the penalties for an infraction will be.

Gelter acknowledged many of Wessel’s points about the mask mandate, conceding that “in some ways … it’s a token effort.” She continued, however, that the requirement will show residents their elected leaders are still taking the pandemic seriously and will thus encourage them to do so, too.

“It’s a way that we, as a board, can communicate … that we care about our community,” she said.

Quipp blasted Scott in his remarks, arguing that a statewide mask mandate is needed to curb the spread of COVID-19. Liberal communities like Brattleboro that already take precautions will likely issue new restrictions under the new state rules, while conservative places — where lower vaccination rates make transmission more serious — will not, according to Quipp.

“It is too little; it is too late,” he said. “And this piecemeal response across the state will guarantee its ineffectiveness.”

Keene City Councilor Randy Filiault told The Sentinel on Tuesday that he plans to propose reinstating a community-wide mask mandate, following repeated calls for that policy by Cheshire Medical Center President and CEO Dr. Don Caruso. Caruso reiterated that plea again this week in a regular COVID data update he emails to area officials and The Sentinel, noting that the Keene hospital recently recorded a large spike in positive test rates.

Filiault did not specify any details on his proposal.

Keene’s previous mask mandate, which pertained to people 10 and older in all indoor public and all outdoor spaces where business was being conducted, expired in the summer after cases in the region fell and vaccination rates went up.