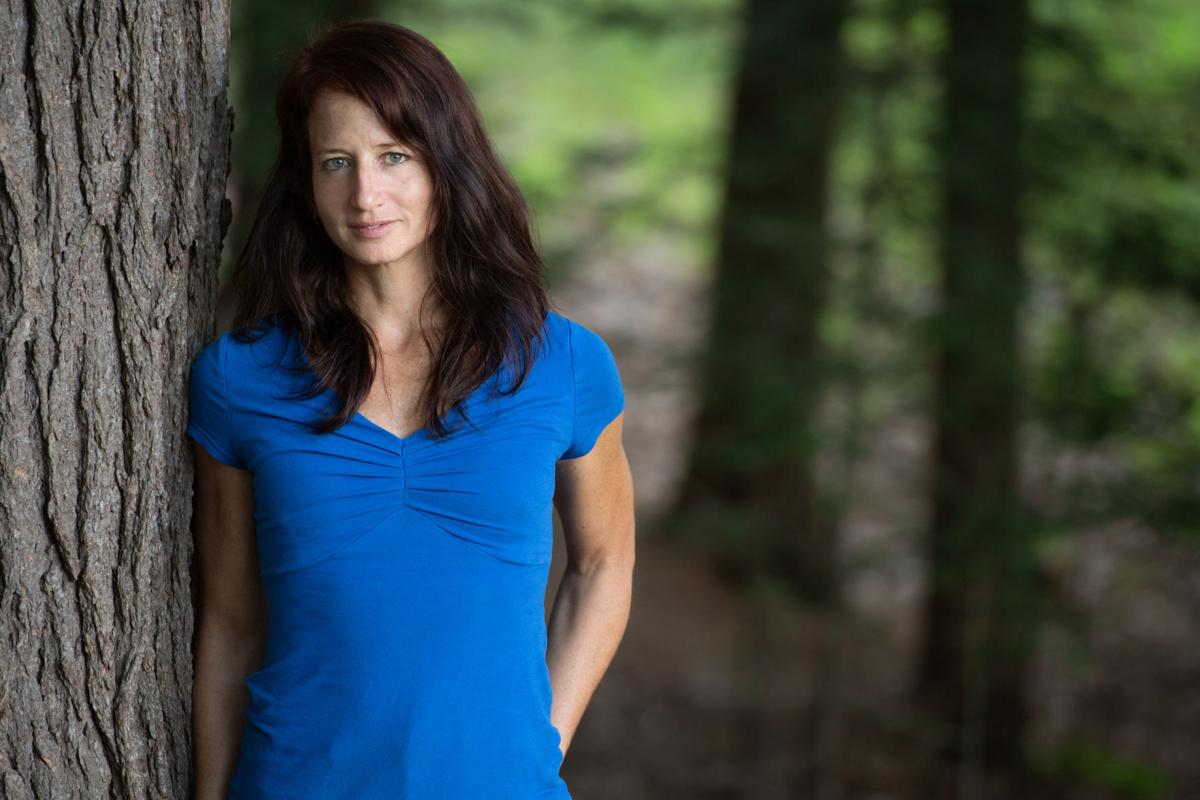 Brattleboro resident Diana Whitney has published a range of creative and nonfiction works. 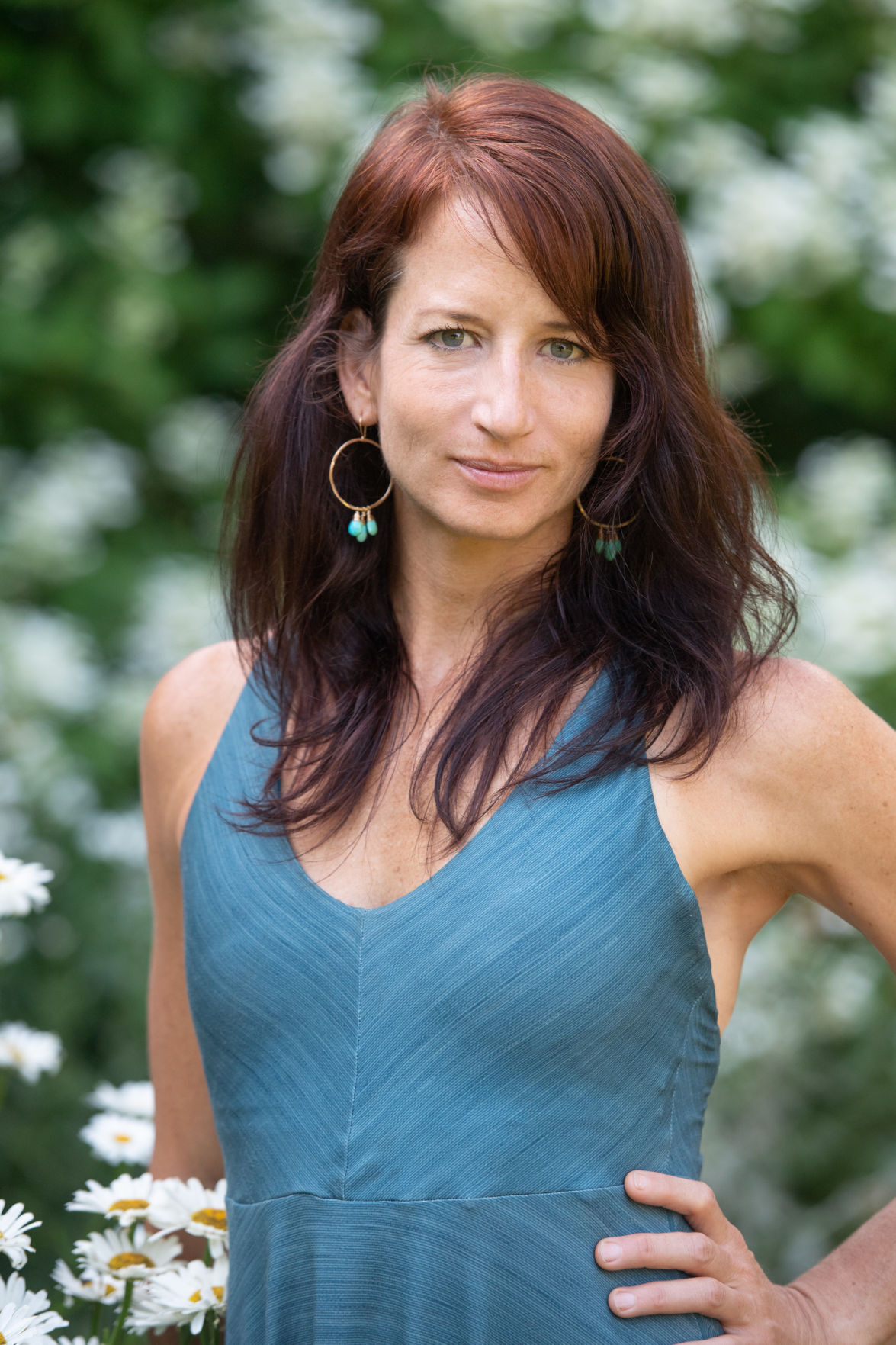 Brattleboro resident Diana Whitney has published a range of creative and nonfiction works.

Some might find it surprising that Diana Whitney was not always set on making writing her life’s work.

The 47-year-old poet, editor and yoga teacher, who lives in Brattleboro, describes herself as a late bloomer, having published her first book in her 40s.

After spending her early childhood in Washington, D.C., Whitney graduated from Dartmouth College in Hanover and later Oxford University in the United Kingdom, where she was a Rhodes Scholar. Though her professors wanted her to pursue a career in academia, her goal when she first moved to Vermont’s Northeast Kingdom in the 1990s was to become an elite cross country skier.

But life had other plans.

She and her husband, Tim, a rower, met while she was training and coaching up north, brought together by a mutual love of athletics. Soon, their decision to start a family brought Whitney to Brattleboro — the place that would push her further down a more literary path.

“The sort of constellation of work around the written word has become more and more important to me as I get older,” she says.

The seed of this creative gift that she’s been cultivating has been there from the beginning. Some of her earliest memories are of scribbling in her 1st-grade journals, she says, eagerly anticipating her teacher’s stickers and comments. As she grew, so too did her writing, evolving into long, imaginative fantasy stories and later her first stabs at poetry around the age of 10.

“That was a very profound outlet for me for emotional angst and kind of the pain of being an adolescent girl in the ’80s,” she says.

In adulthood, she’s gone on to publish a range of creative and nonfiction works, including a variety of poems and a parenting column called “Spilt Milk” that first appeared in the Brattleboro Reformer and later as a blog published by The Huffington Post. Her essays, op-eds and criticism have been featured in prominent publications such as The Washington Post, the Kenyon Review and The New York Times.

But there have been times in her life when the words did not come so easily. For Whitney, early motherhood was incredibly isolating, and as she also struggled with chronic health issues, the loss of her father and a lifelong battle with depression, she felt the experience had “rendered her mute.”

She began to emerge from what she calls the “baby cave” after joining a writers’ salon in Brattleboro led by former resident and author Suzanne Kingsbury. She still returns to the group again and again today for inspiration and support, she says, even as the meetings have shifted online due to COVID-19.

This part of the world is fertile ground for the arts, she says, and she notes that she’s been shaped by the connections she’s made with fellow creatives across the region, from western Massachusetts to Brattleboro to Keene.

“There was a period of many years when I really did not write poetry,” Whitney says. “And then thanks to the camaraderie and encouragement by the local writers that I met … I started writing poetry again.”

In 2014, Whitney released her first book of poetry, “Wanting It,” which is rooted in the landscape of the Northeast Kingdom and touches on themes of grief, desire, coming of age and self discovery. The collection, which features several works written when she attended the Warren Wilson MFA Program for Writers in North Carolina, was published by Harbor Mountain Press and was named the recipient of the Rubery International Book Award for poetry.

Laurie Fichter, a longtime friend of Whitney’s who also participates in the Brattleboro writers’ salon, describes her as someone with a strong moral compass who “really speaks the truth” through her writing.

“If you read her poetry, a lot of it is about being a woman or a young girl,” says Fichter, who teaches at The Grammar School in Putney. “But it’s really about how difficult and trying and scary these times are, and how there’s sort of this empowering spirit in each of us, but there’s also a part of us that we’re vulnerable.”

Her latest editing project, “You Don’t Have to Be Everything: Poems for Girls Becoming Themselves,” continues to explore some of those themes. Set to be released in March 2021, Whitney says the collection was spurred by a desire to lift up marginalized voices and reflect the vast experience of being human — and a teen.

“I think in a way that my first book was about bringing my own voice into the world. But my second book is an anthology,” Whitney says. “And for me, I really wanted to amplify other voices beyond my own. And that became, really, a calling.”

The book features the works of 68 poets, many of whom are women of color or members of the LGBTQ community, according to Whitney, who is herself bisexual. The subject matter is wide ranging, from friendship to self love to sexual violence, and the poems are organized by emotion, with sections on longing, rage, loneliness, belonging and more. Full-color illustrations by three different illustrators are woven throughout.

Whitney personally contributed the title poem from her first collection, “Wanting It,” as well as an introduction to each chapter.

“It really was a message for girls that you are enough; that you don’t need to prove yourself,” she says. “I really wanted to convey a profound message of letting go of shame, letting go of inadequacy and perfectionism, and [embracing] profound self-acceptance.”

The same philosophy is apparent in Whitney’s activism and advocacy work, from her college days as editor of Dartmouth’s feminist newspaper, Spare Rib, to co-founding the Brattleboro Women’s Action Team and organizing a local Women’s March.

As a co-founder of Dartmouth Community Against Gender Harassment and Sexual Violence, she has worked to hold her alma mater accountable after nine women came forward to report three professors who they say sexually abused them.

“Diana’s fierce and she is brave,” Fichter says, noting that Whitney has never seemed afraid to publicly stand for what she believes is right. “She just said, ‘I’m going to do this.’ ”

As a survivor of sexual violence herself, Whitney says doing this work has been “cathartic.”

Though she emphasizes that every survivor heals in their own way, she says that for her, moving “from trauma to advocacy” has been an essential part of the process. And if her decision to speak out helps even one other survivor who may be struggling with feelings of guilt or shame, she says it will have been worth it.

The first poem Whitney has written about sexual violence, ”Watching Thelma & Louise During Lockdown with my Daughters,” was recently published by SWIMM Every Day, a Florida-based poetry journal. The journal nominated the poem for a Pushcart Prize, she says.

For Whitney, putting those words into the world felt “groundbreaking.”

“Sharing my story, actually, and writing about it and publishing it, I would say that was more healing than years of therapy,” she says. “… That journey for me has been the most powerful.”

At a glance: Diana Whitney