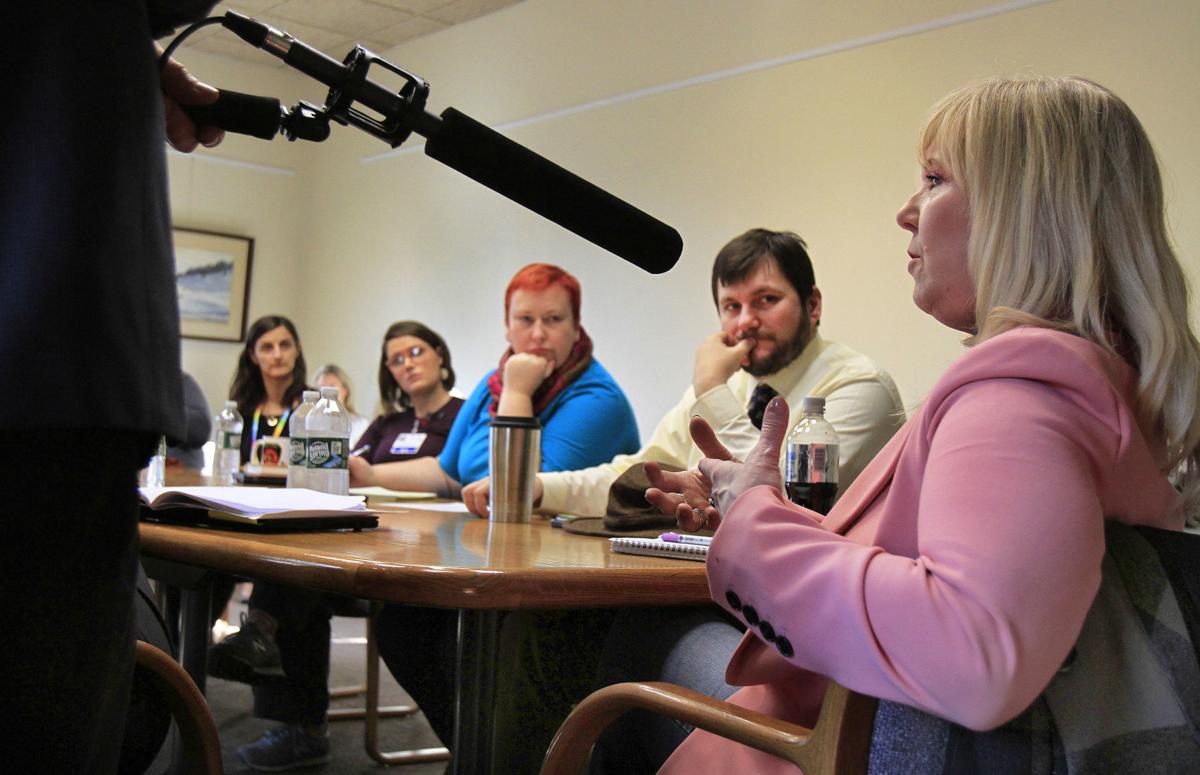 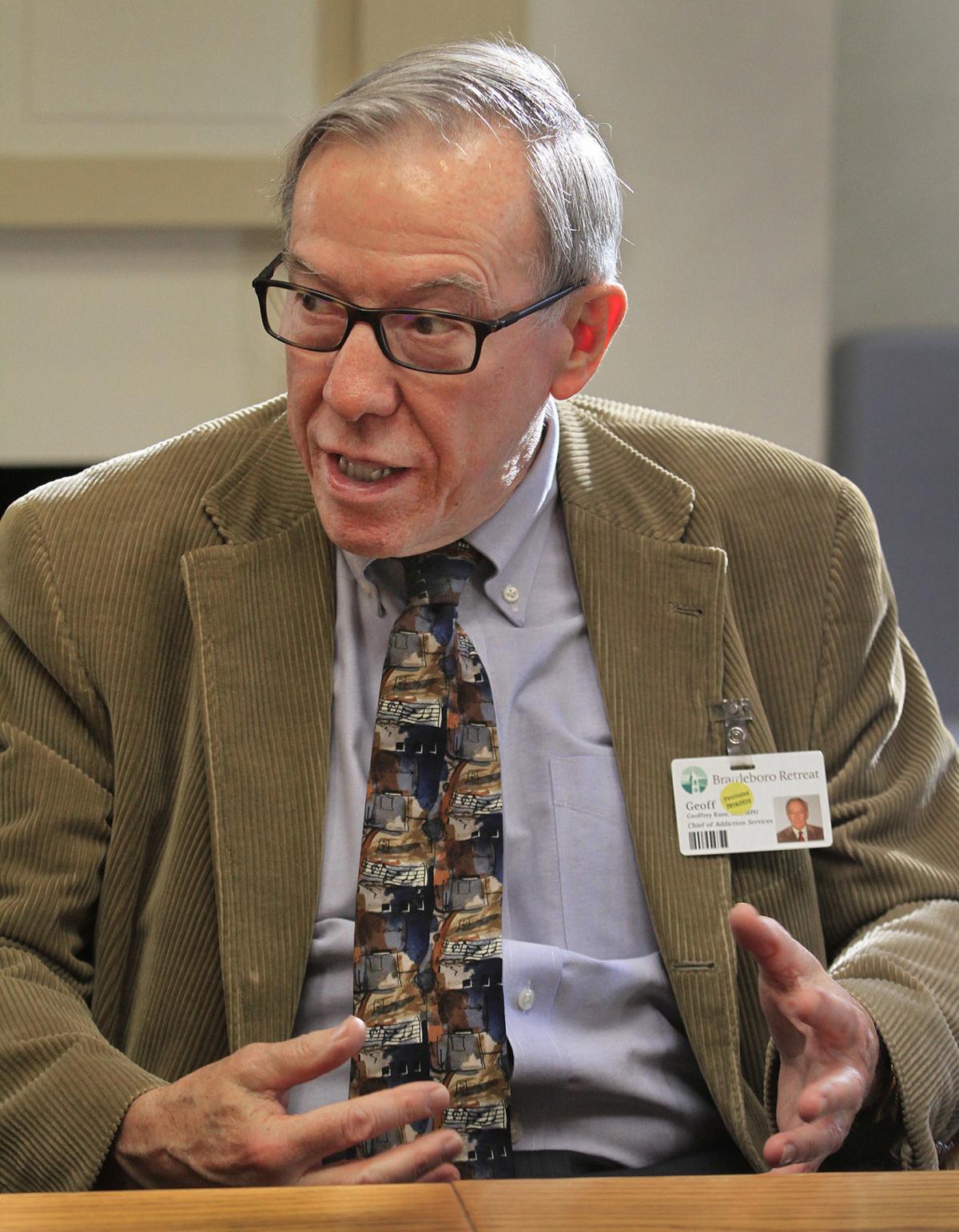 BRATTLEBORO — In an attempt to expedite services for patients with substance-use disorders, local recovery agencies have teamed on a new, collaborative program.

The state-funded Rapid Access to MAT program, involving Brattleboro Memorial Hospital, the Brattleboro Retreat and Turning Point of Windham County, aims to give those wanting to get into recovery the tools needed to start — in a single visit.

MAT stands for medication-assisted treatment, and it is often used in combination with counseling and behavioral therapies. Of the three federally approved medications for opioid withdrawal — naltrexone, buprenorphine and methadone — the latter two are opioids themselves, and can have addictive properties.

Nevertheless, when the drugs are taken as prescribed, they are an effective course of treatment for many patients, according to the Substance Abuse and Mental Health Services Administration’s website.

“There’s overwhelming evidence that the average person with addiction to opioids does better on medication-assisted treatment than not, but there are exceptions,” said Dr. Geoffrey Kane, chief of addiction services at the Brattleboro Retreat, during a news conference Wednesday morning at Brattleboro Memorial. “It’s important for us to discuss it and make it available to people, but also to respect the individual patient needs.”

Officials noted Wednesday that oftentimes, people seeking treatment end up in the emergency department, rather than in a traditional treatment center.

The HUB also offers counseling, monitoring and other support.

“We need to do a better job of finding people right when they are in that moment of greatest need,” said Kurt White, senior director of ambulatory services at the Brattleboro Retreat. “We want to ... get them right into treatment, not just make a recommendation.”

To do this, the program — which started in June, but was publicly announced Wednesday — provides support and information from Turning Point’s trained recovery coaches, who are staffed at the hospital from 10 a.m. to 10 p.m. and on call at night.

Emergency department patients can also be administered an initial dose of buprenorphine, which officials at Wednesday's conference said is safer than other opioids.

And although buprenorphine can be dangerous when mixed with other substances, he noted it’s less likely for someone to overdose on buprenorphine alone.

Still, there are hurdles for hospitals to prescribe it.

Dr. Alison Kapadia, site director of the emergency department at Brattleboro Memorial, said doctors are required to have an “X waiver” from the U.S. Drug Enforcement Administration to prescribe the medication.

Doctors must undergo at least eight hours of training to receive it, and while the training is free, doctors aren’t paid to complete it, according to Kapadia. Because of this, she said many physicians opt out of these trainings, which can leave emergency departments without buprenorphine.

“In my mind, this is completely unnecessary and is a barrier to care that is left over from a time where opioid addiction was even more stigmatized than it is today,” she said.

Buprenorphine is usually needed daily, according to White, which is why patients who choose to use it are given the immediate referral to the Brattleboro Retreat’s HUB program.

Seven of the Brattleboro emergency department’s 17 physicians are certified to prescribe buprenorphine, but any physician can administer the drug while in the department, Kapadia said.

These doctors are shared between the emergency departments of Brattleboro Memorial and Cheshire Medical Center in Keene, an affiliate of the Dartmouth-Hitchcock Health System.

Matthew Barone, spokesman for Cheshire Medical, said in an email Wednesday that the hospital has been developing policies and procedures to implement a MAT-initiation program for patients requiring immediate stabilization.

He said this likely would include further partnership and referrals to the hospital’s Doorway program — part of a statewide effort to create a “hub and spoke” system to screen, assess and refer people to treatment and support services in the community.

A timeline for this program is not set yet, according to Barone.

While use of buprenorphine at Brattleboro Memorial’s emergency department is at the heart of the newly announced collaborative model, officials said Wednesday a patient can decline it, and is still offered a recovery coach.

As of Wednesday, officials said the program has served nine patients, and all have used the HUB’s services.

Officials also noted the best option is still for patients to go straight to the HUB program, rather than the emergency department, when the situation is not urgent.

This article has been altered to correct the description of naltrexone, as well as officials' description of buprenorphine's safety compared to other substances.