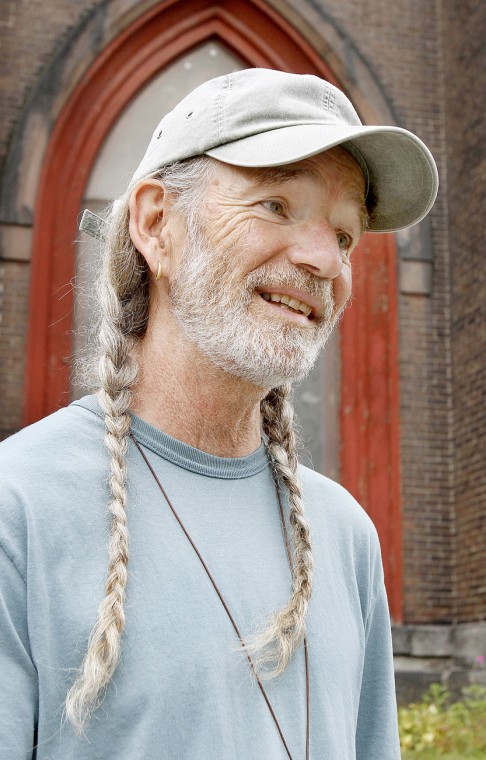 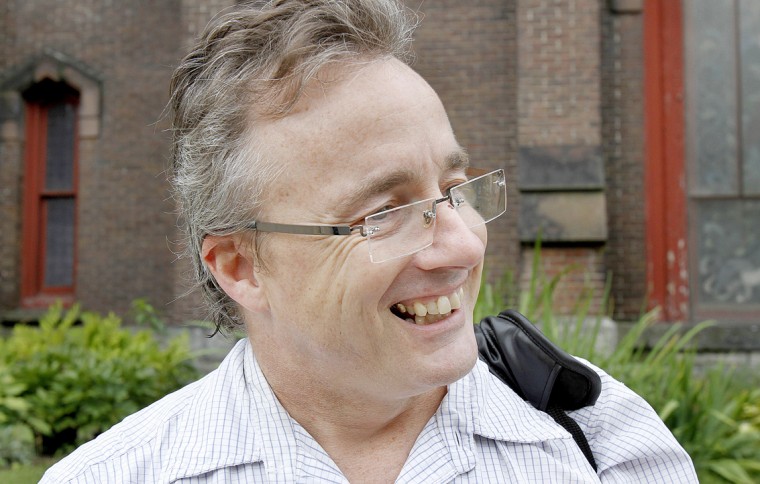 Michael Moore / Sentinel Staff Clay A. Turnbull, a full-time member of the New England Coalition on Nuclear Pollution, speaks on the issue of Vermont Yankee’s closing in downtown Brattleboro Tuesday.

Clay A. Turnbull, a full-time member of the New England Coalition on Nuclear Pollution, speaks on the issue of Vermont Yankee’s closing in downtown Brattleboro Tuesday.

Michael Moore / Sentinel Staff Clay A. Turnbull, a full-time member of the New England Coalition on Nuclear Pollution, speaks on the issue of Vermont Yankee’s closing in downtown Brattleboro Tuesday.

Clay A. Turnbull, a full-time member of the New England Coalition on Nuclear Pollution, speaks on the issue of Vermont Yankee’s closing in downtown Brattleboro Tuesday.

BRATTLEBORO — As Vermont prepares for a nuclear-free future after Tuesday’s announcement that the Vermont Yankee nuclear power plant will close next year, activists are cautiously optimistic about the final chapter of the battle they’ve fought for so long.

For years, residents from across the region, anti-nuclear watchdog organizations and some government officials have advocated for closing the Vernon plant, arguing that it’s an outdated and dangerous facility. State officials failed to force the plant to close after federal courts struck down state laws related to the plant.

But even after the news that Vermont Yankee will cease operations next year, it appears a new legal battle is brewing over how — and when — the plant will be decommissioned.

And while Entergy Corp. of Louisiana officials say their decision, made Sunday night, was purely related to economics, plant opponents are taking some credit.

“We feel like a lot of what’s gone on has been in response to activism,” said Nancy Braus of Putney, a member of the Safe and Green Campaign, a grassroots anti-nuclear organization founded in 2007 with the specific goal of closing Vermont Yankee. “We’ve made (Entergy) respond, and we feel we have to continue that vigilance until it’s completely shut down.”

Each year, officials from the U.S. Nuclear Regulatory Commission have held meetings in Brattleboro to review Vermont Yankee’s safety performance, usually giving the plant high marks. But those sessions were always interrupted by protests. At the most recent meeting in April, members of the Shut It Down Affinity Group delayed the start of the meeting by assembling behind NRC panelists at the front of the room, wearing tie-dyed shirts with anti-nuclear messages and talking over NRC officials by reading from a statement condemning Vermont Yankee.

In March 2012, more than 100 activists were arrested outside Entergy’s Brattleboro offices as thousands of protesters marched to the property while holding anti-nuclear signs and chanting “Shut it down.”

Tuesday’s announcement seems to signal the end of an era, but many questions remain about what the future holds.

Braus was standing outside Entergy’s building at 185 Old Ferry Road in Brattleboro Tuesday afternoon, where Entergy officials held a press conference. They claimed that continued legal wrangling with the state over the plant played no role in the company’s decision, and said they hope to work in concert with state officials moving forward.

“We did have a discussion with the governor this morning, and we want to work in a very constructive manner with the state in this process,” said Bill Mohl, Entergy’s president of wholesale commodities.

Entergy officials said they hope to utilize a decommissioning process called “SAFSTOR,” which involves monitoring the facility for up to 60 years before dismantling the building and decontaminating the site.

“We’ll be doing a site-specific study to understand what needs to be done and the cost associated with that,” Mohl said. “Clearly we have the right for SAFSTOR, but really, we probably need to get through the site study and understand what costs will be before we can have that discussion.”

Mohl said Entergy has put together a severance and retention package for the company’s roughly 630 local employees, part of which aims to keep skilled workers in place through the end of the plant’s operation. Mohl wouldn’t provide details on the severance plans.

Patrick A. Parenteau, a professor of environmental law at the Vermont Law School, said he wonders whether the end of the line for Vermont Yankee is a sign of things to come.

“There’s a larger question as to whether we’re reaching the end of the nuclear era,” he said. “For all the talk about the nuke renaissance that was supposed to happen, it just doesn’t look like the economics are working out for nuclear power.”

That’s the case in Vermont, where state officials are committed to sustainable energy, said Christopher Recchia, the commissioner for the Vermont Department of Public Service, in a telephone interview with The Sentinel Tuesday.

“The last few years, we haven’t bought any power from (Vermont Yankee),” he said. “We’re already transitioning to a safe energy future, with a goal of 90 percent renewable (energy sources) by 2050.”

And while that may sit well with many Vermonters, Entergy’s proposal for a decades-long decommissioning process does not.

“My initial thoughts were that I was highly elated” by the news of the closing, Braus said. “But the reality is, the next 14 to 16 months are probably the most dangerous times... (because Entergy officials) don’t really have a vested interest anymore.”

Braus does not support the SAFSTOR option, she said.

“It’s 60 years of basically mothballing the plant and doing nothing,” she said. “It’s not a pretty picture when you think about it. We feel the plant should be actively decommissioned.”

In a statement released by the the Safe and Green Campaign organization Tuesday, members questioned Entergy’s long-term viability and how that could affect safety at the site.

“SAFSTOR is a frightening proposition for a corporation that is on such shake ground financially,” members said in the statement. “Will Entergy be around in 60 years to oversee final decommissioning?”

Parenteau said he doesn’t think state officials will support any decommissioning plan that lasts as long as SAFSTOR.

“The ballooning question of decommissioning, and SAFSTOR, and Vermont’s not going to sit still for that,” he said. “The legal action is going to shift to dismantling the plant within 60 years, and the decommissioning fund, which the state believes is not adequate.”

Parenteau said other nuclear sites have been decommissioned and decontaminated in 20 years or less.

“I would guess Vermont will be shooting for something like that,” he said.

Raymond G. Shadis, a consultant and trustee of the anti-nuclear New England Coalition, said Tuesday that “We don’t want a derelict depleting building sitting there for 20 or more years before anyone moves a wrench.”

The New England Coalition is one of several groups that have intervened in Entergy’s pursuit of a certificate of public good. All utilities in Vermont must undergo a review by the Vermont Public Service Board to determine whether the facility serves the good of the state.

Entergy officials said Tuesday they plan to amend their request for a certificate to reflect the decision to close the plant next year, but Mohl acknowledged Tuesday that a denial of the certificate could force Entergy to speed things up with regard to decommissioning.

Sandra Levine, a senior attorney at the anti-nuclear Conservation Law Foundation, said she was pleased to hear the news of Entergy’s decision.

“It’s the end of an area, and it’s certainly cause for celebration and shows the real benefits of hard work that many people have put in over the years, to highlight the problems at the plant, and why it doesn’t make sense economically or environmentally,” she said.

But Parenteau isn’t so sure about the “end of an era” piece of that statement, he said.

Parenteau agreed with Levine, however, that activists deserve much of the credit for Tuesday’s news.

“Certainly the opposition to the plant has had a big influence on Vermont politics, and turned the state from supporting continued operation to wanting to close it, and even though Entergy would deny it, I’m sure the markets take that into account,” he said. He speculated that the protest movement has hastened the closing of the plant.

“If it had been nothing but support coming from Vermont, I think this could be a very different story,” he said.

But it appears there’s no rest for the weary protesters, he said.

“They won’t be satisfied until that whole building has been dismantled and carted off and carried away and there are daisies growing in the field.”