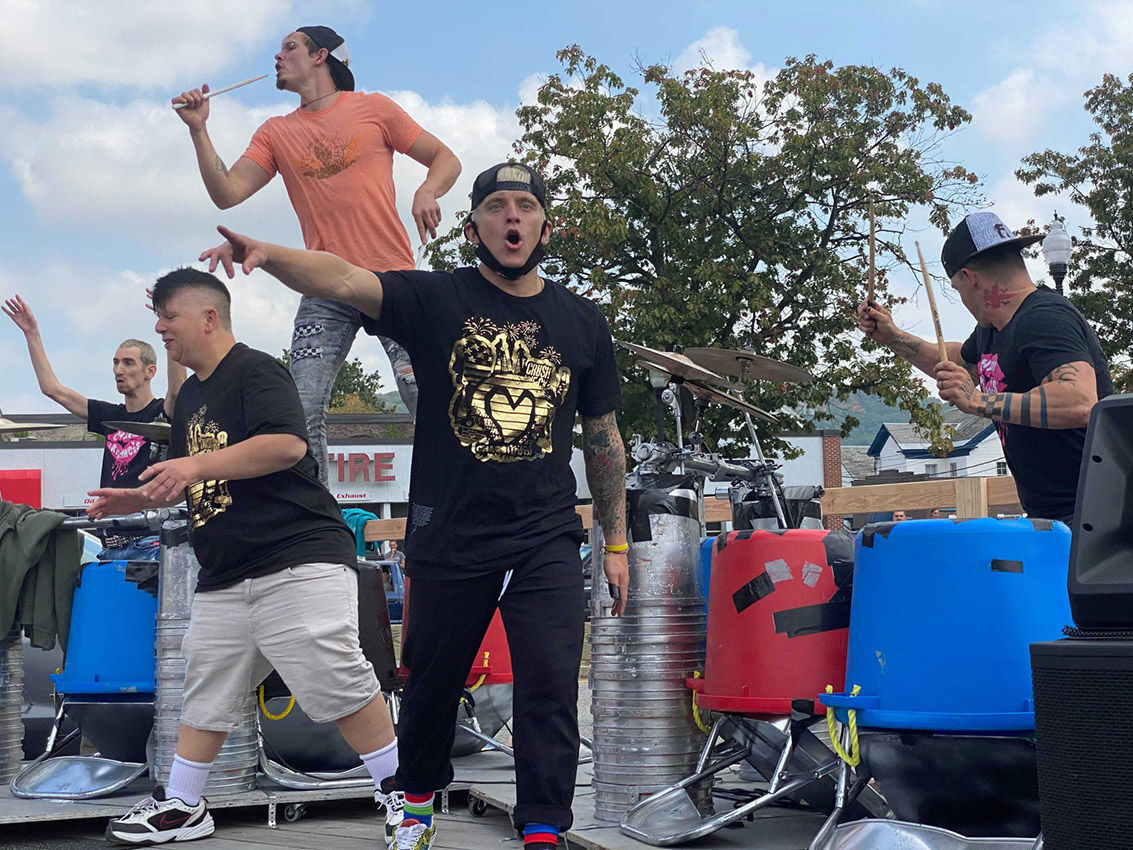 Recycled Percussion (above) stops in Keene in September as part of a one-day statewide tour in pursuit of the world record for longest parade performance. Pictured from left are friends of the band Davin Cox and Jimmy Melchionna (AKA Jimmy Luv) and band members Ryan Vezina, Tony Zane and Justin Spencer. 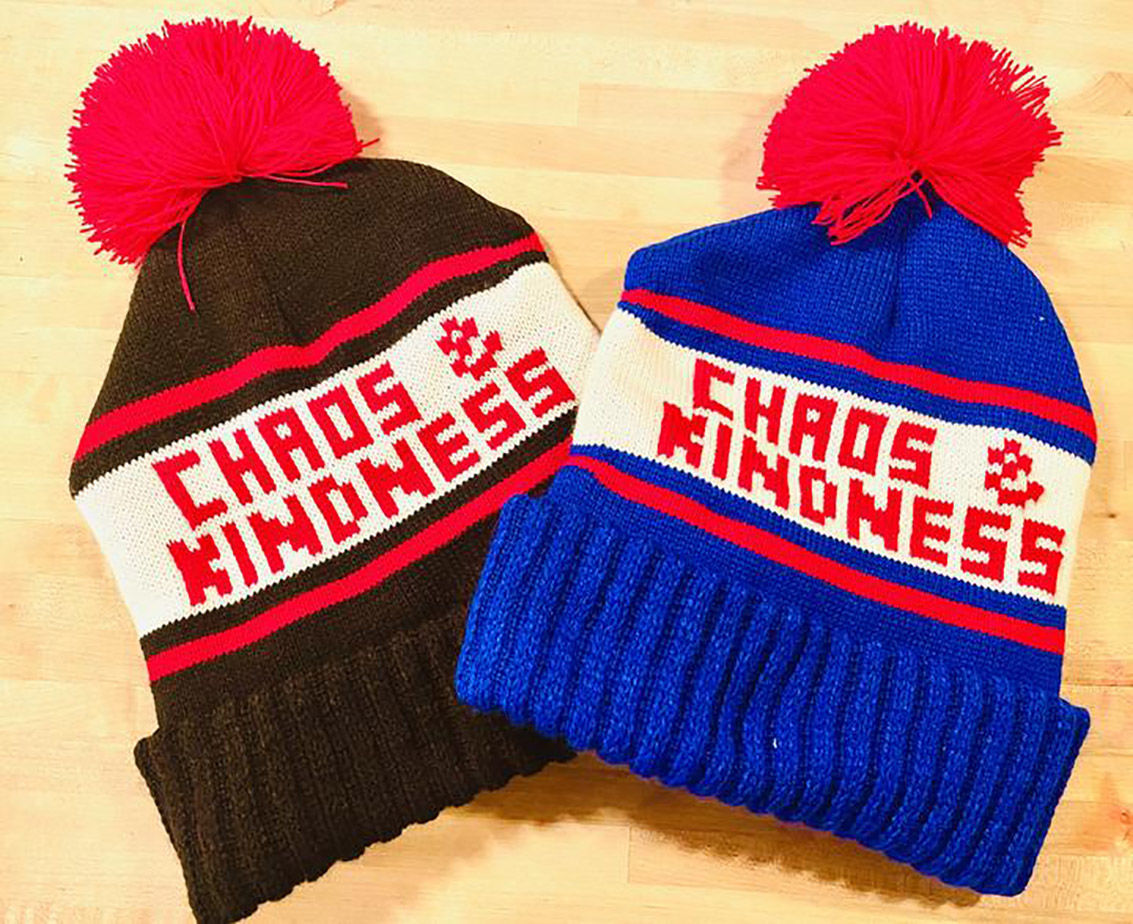 Recycled Percussion (above) stops in Keene in September as part of a one-day statewide tour in pursuit of the world record for longest parade performance. Pictured from left are friends of the band Davin Cox and Jimmy Melchionna (AKA Jimmy Luv) and band members Ryan Vezina, Tony Zane and Justin Spencer.

Chaos and Kindness, a brand launched by the founder of beloved New Hampshire-based band Recycled Percussion, is considering locations for its new retail store — and Keene is one of four finalists.

In a Feb. 18 post to the Recycled Percussion Facebook page, the band announced that members had been discussing a new store for “several months.” In addition to Keene, other options on the table are Merrimack, North Conway and Portsmouth.

A request for more information submitted through the Chaos and Kindness website was not immediately answered. According to the Facebook post, the band is eyeing a June 1 opening date.

The brand was co-created by Ryan Vezina, who is also a member of the band. The flagship Chaos and Kindness store, which opened in 2019, is in Laconia.

In the comments on the Facebook post, the band asks fans to react to the comment representing the community they think the new store should go in. On Sunday morning, the Keene and Merrimack options seemed to be the most popular, with Keene getting fewer reactions but more comments than Merrimack.

Recycled Percussion has been a staple of New Hampshire’s music scene for years, and the band regularly performs throughout the state. It is known for using unusual items, such as large buckets, as percussion instruments. Spencer often tells the story that a gig at the Winchester School, thanks to then-principal Curt Cardine, helped give the group its start.

The band was last in Keene in September, when members took to the road for a day-long rolling tour, in which the musicians performed from a flat bed for a 15-hour period as they drove through 14 New Hampshire communities. The group was aiming to beat a world record for longest “parade performance,” which they were able to accomplish.

They stopped for about 15 minutes in the parking lot of Athens Pizza, performed for hundreds of fans, and then headed off to their next stop. In addition to efforts to break a record, the tour was also a celebration of the band’s 25th anniversary, as well as the one-year anniversary of the Chaos and Kindness store in Laconia.

Recycled Percussion got its start in the mid-’90s and began touring in the early 2000s. The band’s popularity skyrocketed after an appearance on season four of “America’s Got Talent” in 2009. It had its own show in Las Vegas for many years, playing at several resort hotels before finishing in 2017 after a run at Planet Hollywood.