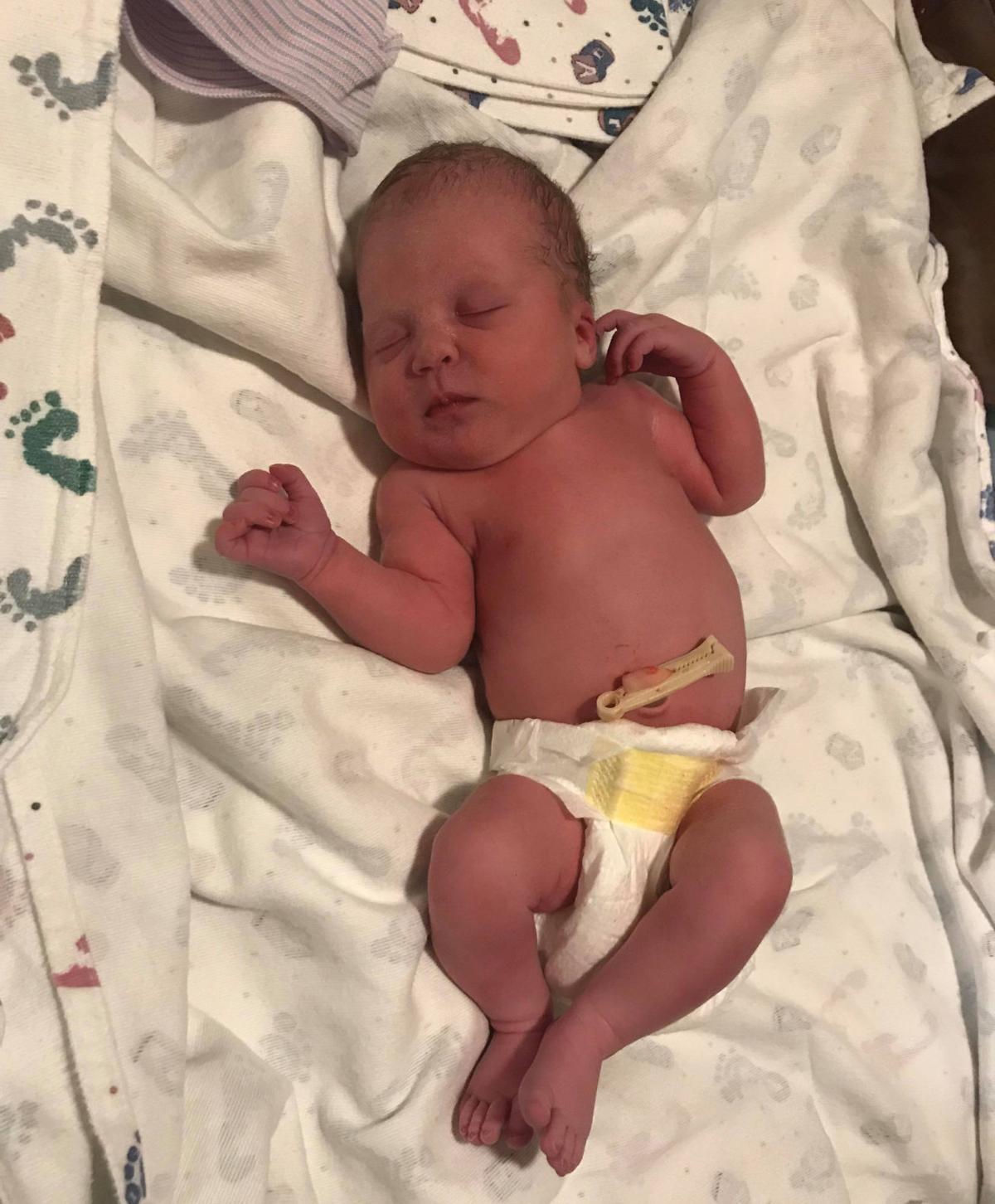 Jazzmine Ashley Bohannon was born early and at Hundred Nights shelter in Keene. 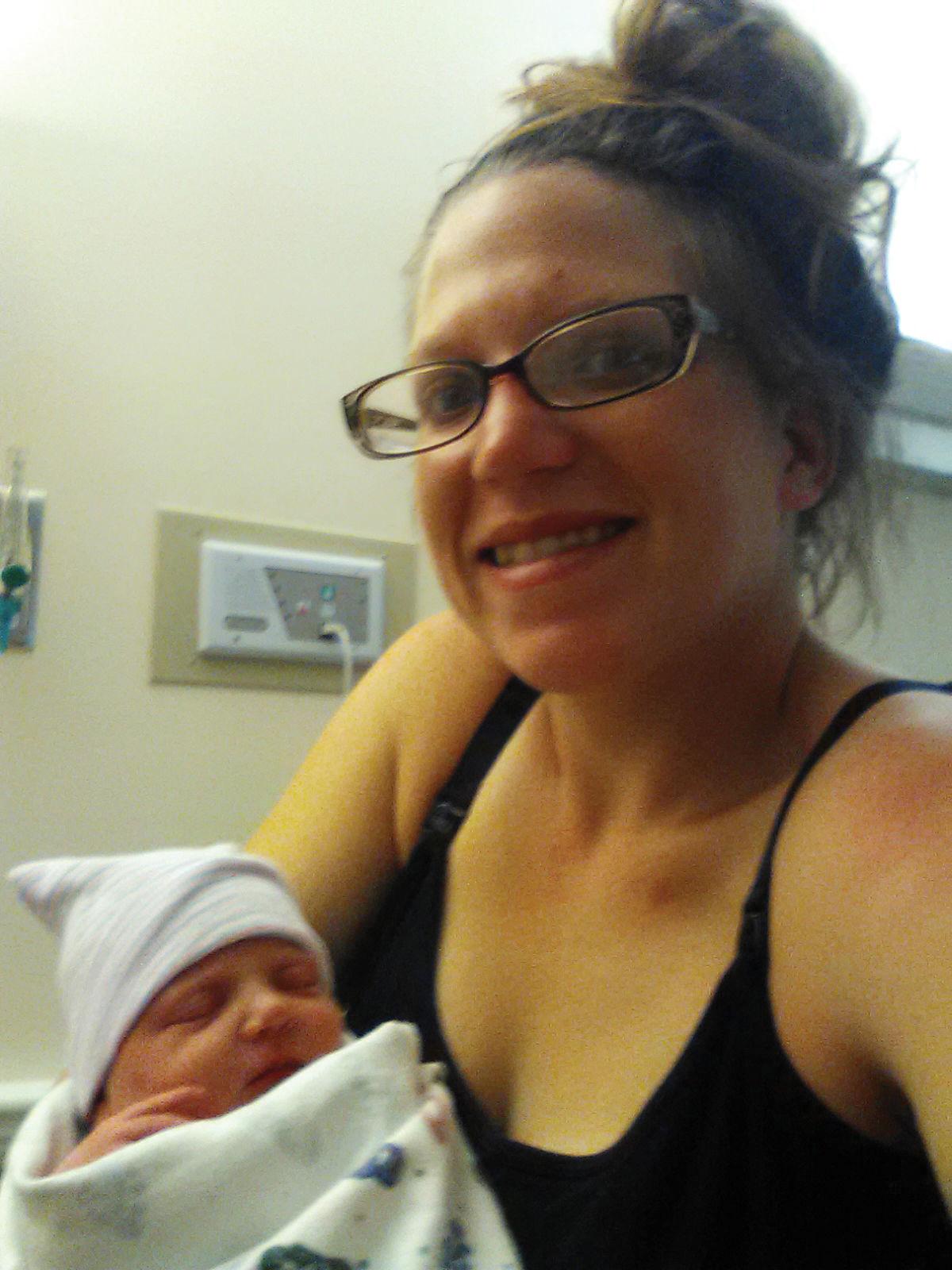 Jazzmine Ashley Bohannon was born early and at Hundred Nights shelter in Keene.

In the span of only a few minutes, a woman went into labor and gave birth at Hundred Nights, Inc. Wednesday night.

Sarah Hilow, 26, was 36 weeks into her pregnancy, her third, and had been staying at the cold-weather shelter and year-round resource center in Keene for about a month. When she went to go to the bathroom Wednesday night, she said something didn't feel right — so she called a friend's mother to ask for a ride to the hospital.

Then, her water broke.

"It all happened really fast," Hilow said. "I thought I had to go to the bathroom, so I went into the bathroom and I pushed, my water broke, and literally within five or 10 minutes I made it to my bed and there she was."

A man who was also staying at the shelter found Hilow in her bed and called 911, she said. Dispatch logs from Southwestern N.H. District Fire Mutual Aid show that an ambulance was sent to the shelter just after 7:30 p.m.

By the time first responders arrived, so had Hilow's daughter.

"She was already out and everything, and they waited for my placenta," Hilow said. "I got to cut the cord there, and after I cut it is when we got ready and headed to the hospital."

Hilow and her daughter, who she's named Jazzmine Ashley Bohannon, are both at Cheshire Medical Center and are doing well, she said. But it was a frightening experience, and she was worried about Jazzmine considering that she arrived a few weeks premature. Pregnancies generally last about 40 weeks. She was relieved to hear from her doctors that Jazzmine, who weighs 5 pounds, 13 ounces, appears to be healthy.

"It was honestly the scariest thing in my life that I never would have expected it," she said.

She noted she was thankful to have people at Hundred Nights to help her, including a couple of people staying at the shelter who were with her as she delivered the placenta, along with first responders.

"A lot of faces and a lot of people. But everybody was really good about it," she said.

Hilow said she plans to return to Hundred Nights with her daughter once she is able to leave the hospital as she determines her next steps. Though the cold-weather shelter is not yet open for the winter, Executive Director Melinda "Mindy" L. Cambiar said Hundred Nights sometimes allows people, often families with children, to stay there on a case-by-case basis during the off-season.

Recently, there have been several families staying there, including a mother with four children, a mother with one child and a couple with a three-week-old baby, she said.

"We have strollers and car seats all over the place," she said.

She joked that the shelter staff feel like Jazzmine's "honorary grandparents" and said a delivery had never taken place at Hundred Nights before.

"I am just truly, truly happy that (Sarah) was here and not out in the woods, which is where she was before she came here," Cambiar said.