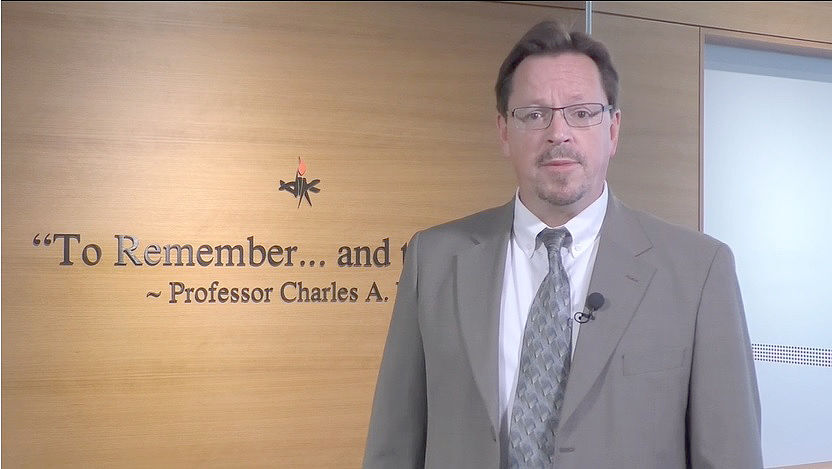 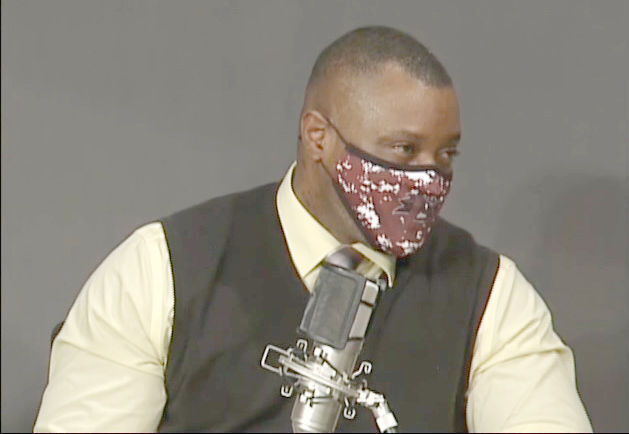 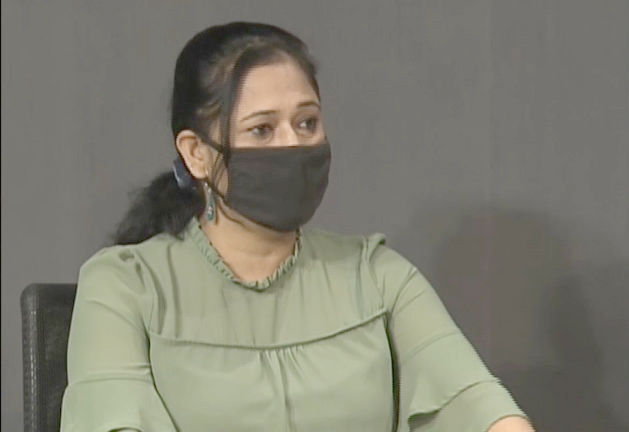 On the night of Nov. 9, 1938, Nazi leadership in Germany orchestrated widespread violence against Jewish communities, with mobs vandalizing and looting more than 7,000 Jewish businesses, damaging or destroying some 1,400 synagogues and killing hundreds of Jewish people.

On Tuesday night, the Keene State College Cohen Center for Holocaust and Genocide Studies hosted its annual remembrance of those events, known as Kristallnacht, “The Night of Broken Glass.”

“On that dreaded evening in 1938, if you had been listening, you would have heard the sound of breaking glass,” Peter McBride, the new director of the Cohen Center, said during the event, the theme of which was “What Does Kristallnacht Teach Us Today?”

“Our job today is to listen for the sound of breaking glass in our modern society,” McBride continued. “What are the symbols of exclusion, what are the symbols of prejudice, what are the signs of discrimination going on around us? Therefore, we remember Kristallnacht to remind ourselves to care for one another, to build peace, to be a community in which compassion is shared between all of us, with respect and justice for all.”

The event typically draws hundreds of people to the Colonial Theatre, but due to COVID-19 pandemic, it was held virtually, and streamed live on the Cohen Center’s website.

“Although we could not be together in downtown Keene, we hope that you will feel a sense of community, and a renewed energy for building a better future for ourselves and for our children,” Tom White, the Cohen Center’s coordinator of educational outreach, said at the end of the hour-long program. “We will continue to remember and to teach.”

White added that the history of Kristallnacht, which is viewed as a prelude to the Holocaust, should prompt Americans to confront their own nation’s history of systemic racism.

“Kristallnacht was a threshold moment for Nazi Germany. It was organized, it was public, it was personal,” he said. “There could be no more denial of government intentions, as buildings burned and neighbors screamed. Kristallnacht reminds us of the lethal, self-destructive and devastating history of systemic white supremacy and white nationalism.

“We force ourselves to acknowledge our own country’s history of racism, bigotry and anti-Semitism in order to build our capacity to work toward a more just future.”

This work, White added, is difficult, but necessary.

“Remembrance should unsettle us,” he said. “It should challenge us. It should make us nervous and uncomfortable. What we choose to remember, how we use its legacy to challenge ourselves, who we choose to stand with, matters.”

The Cohen Center’s Kristallnacht remembrance normally fills the Colonial Theatre with the glow of candles lit in memory of victims of the Holocaust and other atrocities, and in hope for the future. During this year’s virtual event, people from around the world sent videos of themselves lighting candles, and offering their remembrances.

“I light this candle because all are vulnerable to injustice, to those who target, divide and oppress,” said Elke Heege, a representative of Keene’s partner city of Einbeck, Germany. Other people lighting candles included leaders from the United States Holocaust Memorial Museum in Washington, D.C., the Anne Frank House in Amsterdam and survivors of the Holocaust and the Rwandan genocide, among others.

“As we witness their candles of memory, and of hope, we ... see that our work is ongoing, and that we are connected by friends around the globe who share the same vision and mission of the Cohen Center,” White said.

The evening concluded with a recorded panel discussion, in which several Keene community leaders reflected on the importance of commemorating Kristallnacht and how this remembrance should rouse action. For Ritu Budakoti, who is president of the Keene India Association and serves on the city’s Human Rights Committee, that means teaching future generations about the power of unity.

“I’m going to do everything in my capacity to educate our young minds and let them feel the power that we are ordinary people. We may be ordinary, but when we come together, boy, we can move mountains,” she said during the panel discussion.

Pierre Morton, who serves on the Keene Racial Justice and Community Safety Committee, said Tuesday’s event was his first time participating in the Kristallnacht remembrance. Reflecting on the history of that night, Morton said he wants to be a model for his son of “someone who continues to stand, even when standing is not popular, standing for my beliefs.”

Keene Mayor George Hansel, the third participant in the panel discussion — which was moderated by Keene State Associate Vice President for Institutional Diversity and Equity Dottie Morris — added that the lessons of Kristallnacht are accessible for everyone.