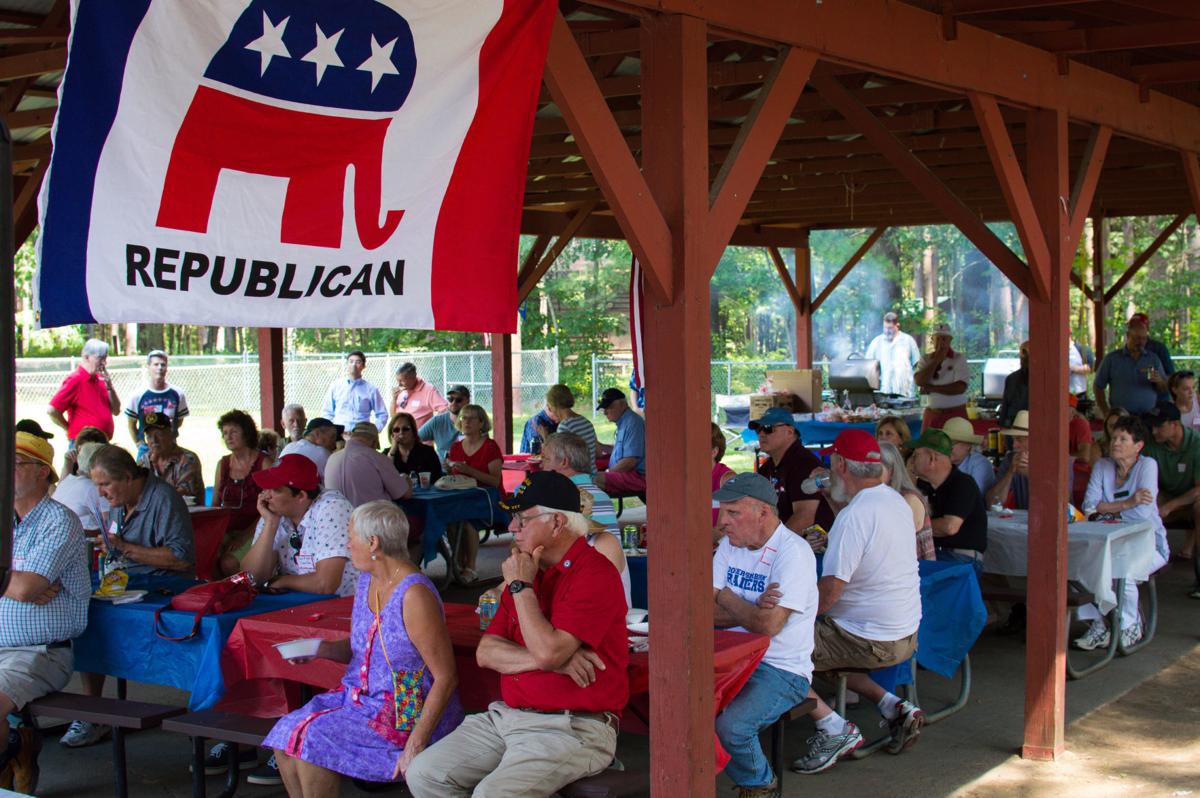 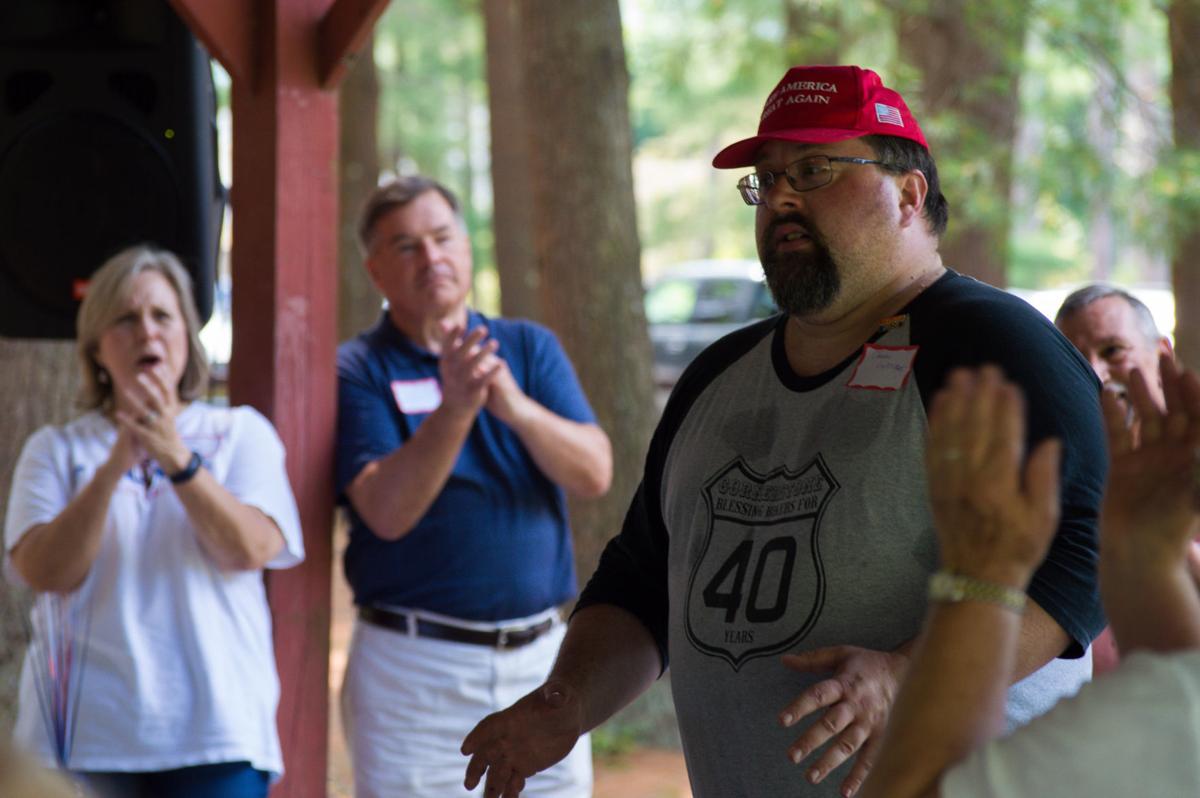 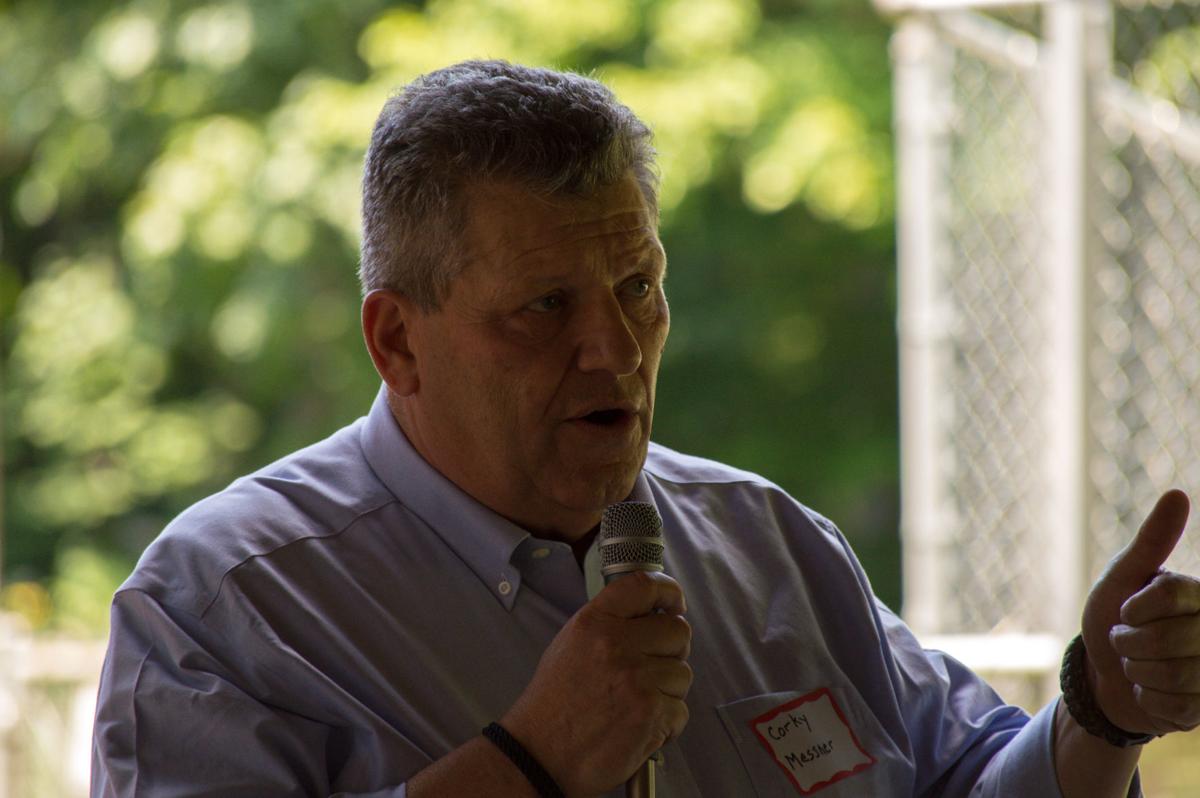 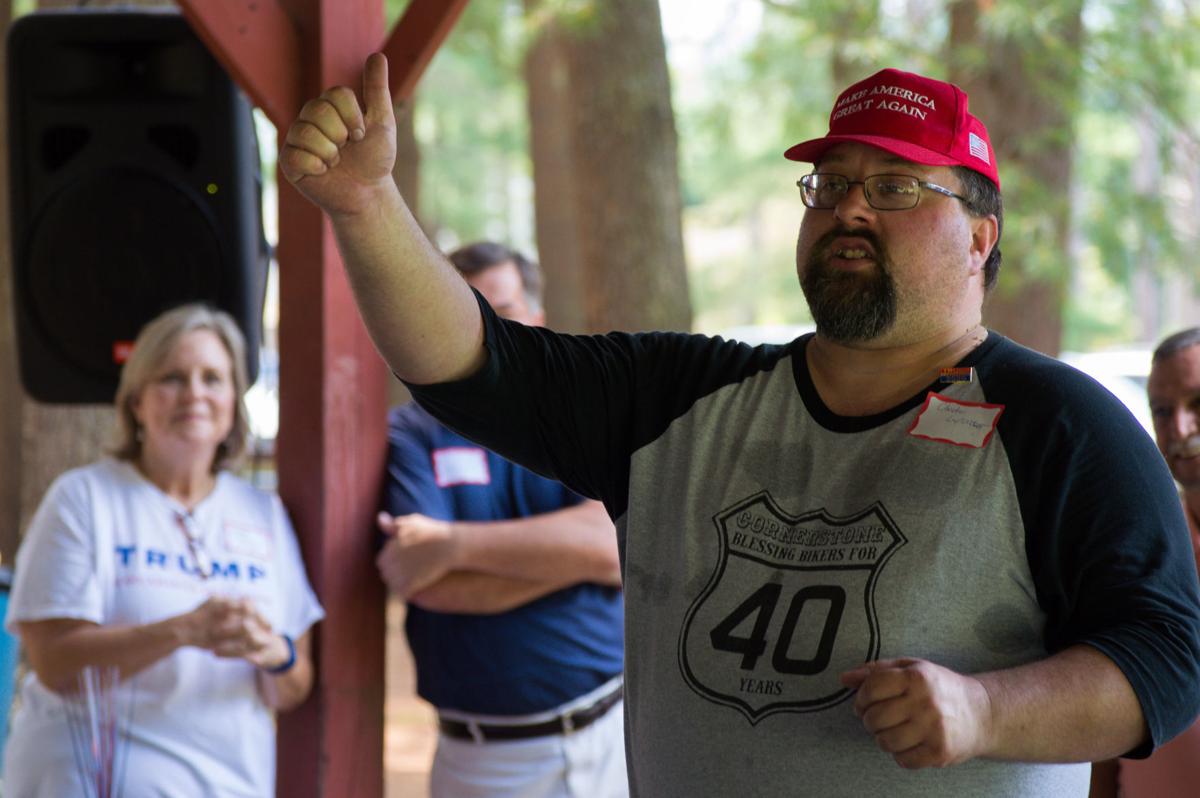 At its annual Reagan Coolidge Picnic at Keene’s Wheelock Park Sunday, the Cheshire County Republican Committee heard from several declared and potential candidates for office who encouraged fellow conservatives to hold out hope for 2020.

The headliner was Bryant “Corky” Messner of Wolfeboro, who intends to challenge Democratic U.S. Sen. Jeanne Shaheen for her seat in Congress.

Now, he said, he feels compelled to jump into politics.

“The progressives are pulling this country to the left, and they’re now embracing socialism publicly, and there’s more of these progressives that are gonna be running for Congress this cycle,” he said.

The problem, he asserted, is that there are too many career politicians in office, including Shaheen, who he alleged “blindly follows these progressives" march to the far left and socialism, and she hides in the fog of Washington, D.C.”

Crediting his upbringing and especially his West Point education, Messner said he wanted to take a stand.

“I believe too much in freedom, too much in liberty, too much in the human spirit to allow that to happen,” he said, “because the more power the government gains, the less power we have, the less rights we have as individuals.”

He is one of three Republicans to announce a challenge to Shaheen thus far. The others are retired Brig. Gen. Donald Bolduc of Stratham and former N.H. House Speaker Bill O’Brien of Mont Vernon.

Someone in the crowd of about 50 people Sunday asked Messner what he would do to support President Donald Trump’s efforts to build a wall on the U.S. border with Mexico.

While he agrees in erecting a physical barrier, Messner said he doesn’t believe that alone will solve the problem of illegal immigration. Border agents need additional training and technology, such as drones, he said, and the immigration system needs to be reformed to focus on individuals’ merit.

The man who asked the question, though, argued there “isn’t a chance in hell that’s gonna happen in the rest of your lifetime or mine.”

Messner countered that voting for someone who would back the president would make a difference.

“Listen, this is a chance for us to turn a Senate seat, and turning a Senate seat will help solve this problem,” he said.

A woman at Sunday’s event asked Messner about his position on global warming: “Just please tell me you don’t believe in the climate change crap.”

Messner recalled going through school as a kid and hearing about the impending ice age, and then acid rain that would deforest New England, and then an inevitable tear in the ozone layer that would give everyone cancer — and none of it happened, he pointed out.

The climate changes, he said, but that’s just part of the earth’s life cycle.

“The impact that we have on it today, no one really knows, no matter what they say,” he said. “… So this idea that the science is settled is just not true.”

According to NASA, 97 percent of climate scientists agree “climate-warming trends over the past century are extremely likely due to human activities.”

State Sen. Ruth Ward spoke briefly, announcing her plan to run in 2020 for a third term and encouraging Republicans to get to the polls. Ward, a Stoddard resident, represents 24 communities in Senate District 8, including the local towns of Acworth, Antrim, Bennington, Langdon, Marlow and Stoddard.

Then several area residents who plan to run or are considering bids for seats in the state Senate and House next year took the microphone to say a few words:

James Beard of Lempster, considering a run for Executive Council District 2. (Locally, the district includes most of Cheshire County, except for Fitzwilliam, Jaffrey, Richmond, Rindge, Swanzey, and Troy)

They all underscored the importance of party unity, flipping seats and getting a majority in both chambers of the state Legislature in next year’s elections. Many spoke of addressing gerrymandering, which one candidate said would otherwise legislate Republicans out of existence.

Nearly everyone also emphasized the need to cut what they characterized as rampant spending by Democrats and keep taxes low, to support Gov. Chris T. Sununu and to represent the “forgotten corner of the state.”

“Now, do you see why, as chair of this group, I am so excited?” Cheshire County Republicans Chairwoman Marilyn L. Huston said to the crowd. “This is gonna work. We are gonna take back the House, and we are going to take back the … Executive Council, and we’re gonna get some decent work done for once.”