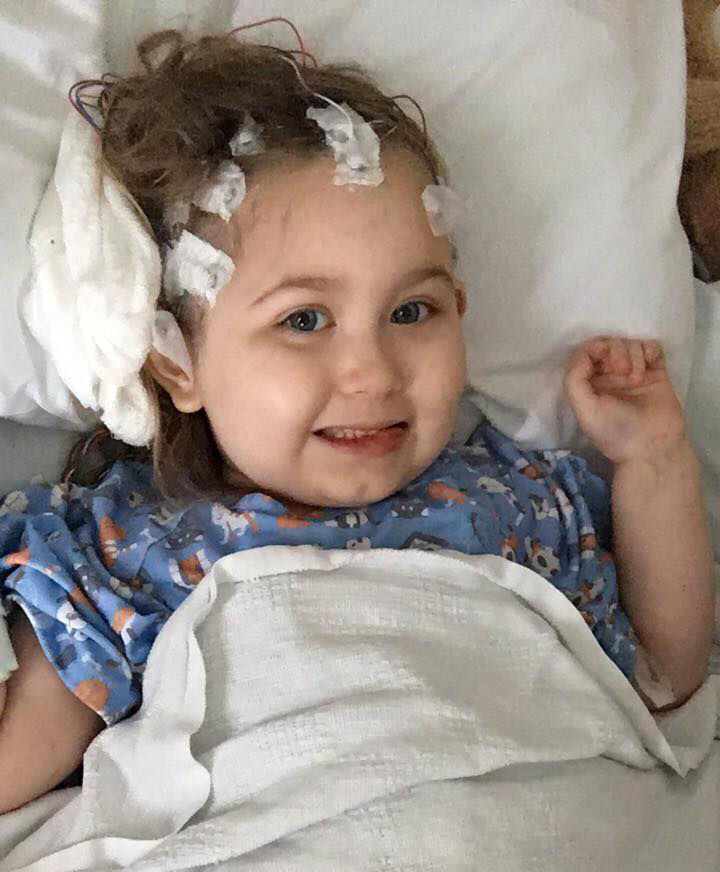 Rhythm Foster celebrates her 5th birthday at Dartmouth-Hitchcock Medical Center on Oct. 5. Foster is suffering from a rare form of brain cancer, according to her mother. 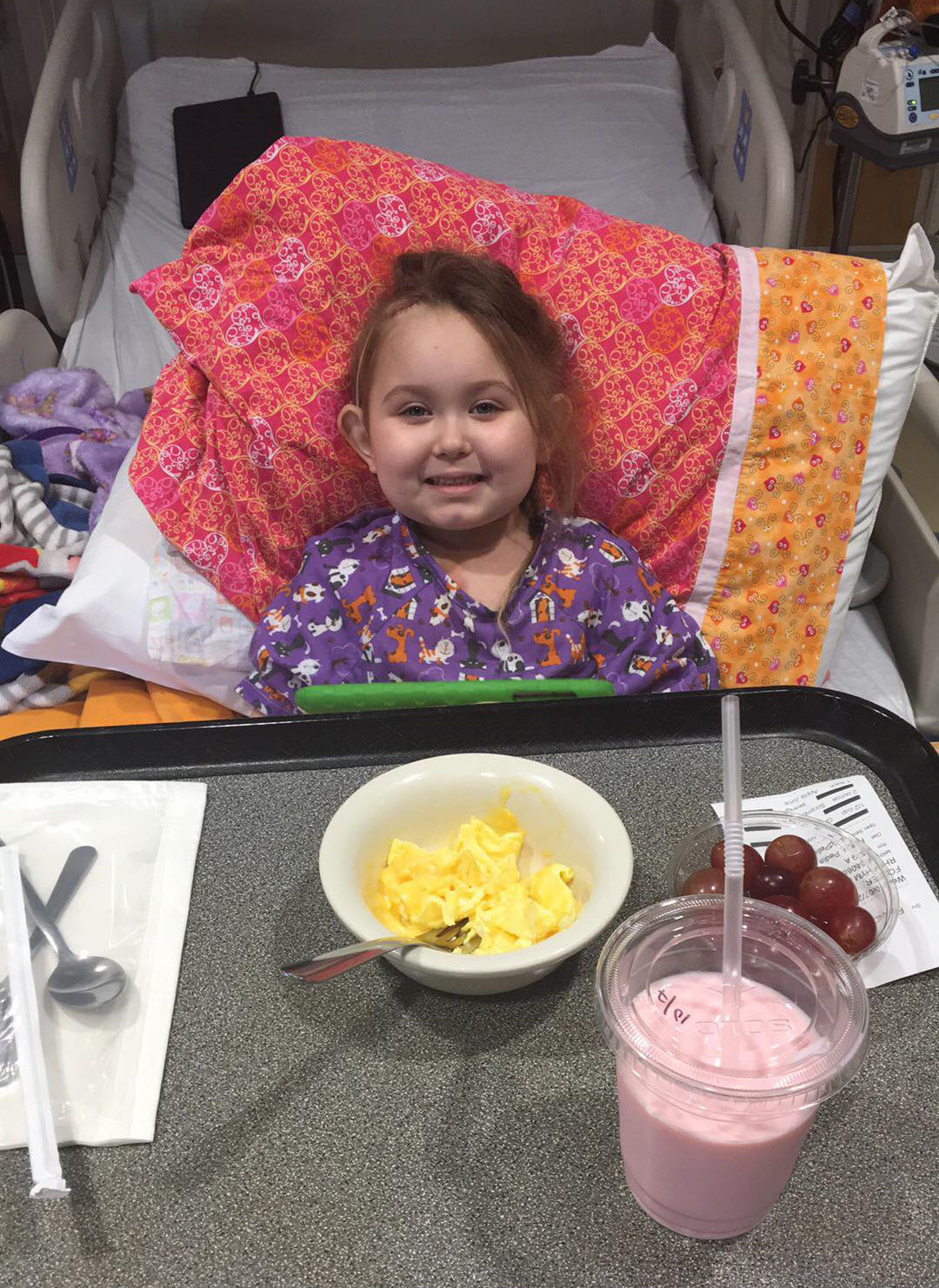 Rhythm Foster, 5, at Dartmouth-Hitchcock Medical Center on Oct. 7. Foster is suffering from a rare form of brain cancer, according to her mother.

Rhythm Foster celebrates her 5th birthday at Dartmouth-Hitchcock Medical Center on Oct. 5. Foster is suffering from a rare form of brain cancer, according to her mother.

Rhythm Foster, 5, at Dartmouth-Hitchcock Medical Center on Oct. 7. Foster is suffering from a rare form of brain cancer, according to her mother.

Rhythm Foster’s 5th birthday was supposed to be filled with apple picking, time spent with family and too much cake. Instead, she spent it in the hospital.

Rhythm was diagnosed with astrocytoma — a rare form of cancer that can occur in the brain or spinal cord — at the end of September, according to her mom, Nashé Lambert of Keene.

“Her entire life she has been having slight issues with her balance or potty training or mood issues, and she has always complained about headaches,” she said.

With the costs of care and travel to the hospital already adding up — not to mention the COVID-19 pandemic making things even more difficult — Lambert is now turning to the community for help with a GoFundMe page that has already raised thousands of dollars.

Lambert said she had suspected something was wrong for years, but had been unable to get answers. Then, on Sept. 28, Rhythm had 18 micro-seizures over a 24-hour period, and the impacts knocked all of her teeth out, Lambert said.

She was taken to Rockingham Medical Center and given a CAT scan. Tumors were found in her brain, and she was transported to Dartmouth-Hitchcock Medical Center in Lebanon for further treatment.

“They think it’s a growth in her genetics, either me or her father have a gene that causes a growth in the brain, and essentially her brain just kept growing,” Lambert said.

While at Dartmouth, Rhythm had two brain surgeries, during which an internal and external shunt were put in her brain to help drain excess brain fluids.

Rhythm now faces at least a year of chemotherapy, Lambert said, in addition to weekly blood and laboratory work.

“It’s mostly all up in the air,” Lambert said. “We won’t see effects until a year, and then we will know if that chemo is working.”

And while Lambert and Rhythm’s father, Alias Foster of Bellows Falls, are remaining positive, the diagnosis has certainly taken a toll.

Rhythm has days where she’s her normal, happy self, but can flip to being “extremely agitated,” Lambert said.

“Her temper has skyrocketed,” she explained. “She has a very short fuse now, and it’s a mixture of her tumors and her seizure medications, which can cause mood swings in some kids.”

Rhythm was also supposed to start kindergarten this year, but Lambert said now she will likely homeschool her beginning with the next school year because of her diagnosis.

And the COVID-19 pandemic adds another layer, Lambert explained, with Rhythm’s weakened immune system putting her at heightened risk of having serious complications from the viral disease.

Lambert had to quit her job to take care of Rhythm around the clock, and she said the medical bills and cost of transportation to and from Lebanon are piling up. She also needs to buy Rhythm a new bed and clothes because “nothing fit once the tube was put in.”

Lambert created the GoFundMe page to help offset the expenses; as of Sunday evening, it had raised over $3,200 of its $50,000 goal.

“This community has been doing so much to support us through this difficult time,” Lambert said. “ ... I’m so thankful.”