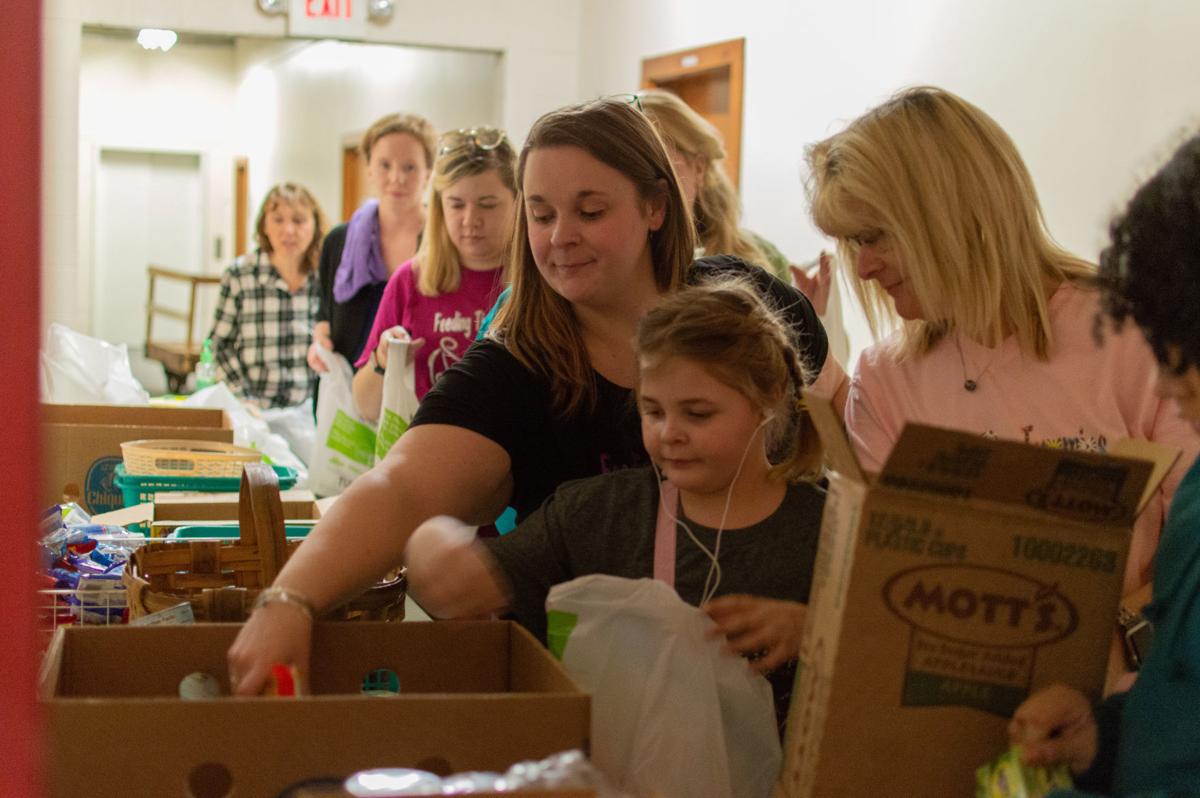 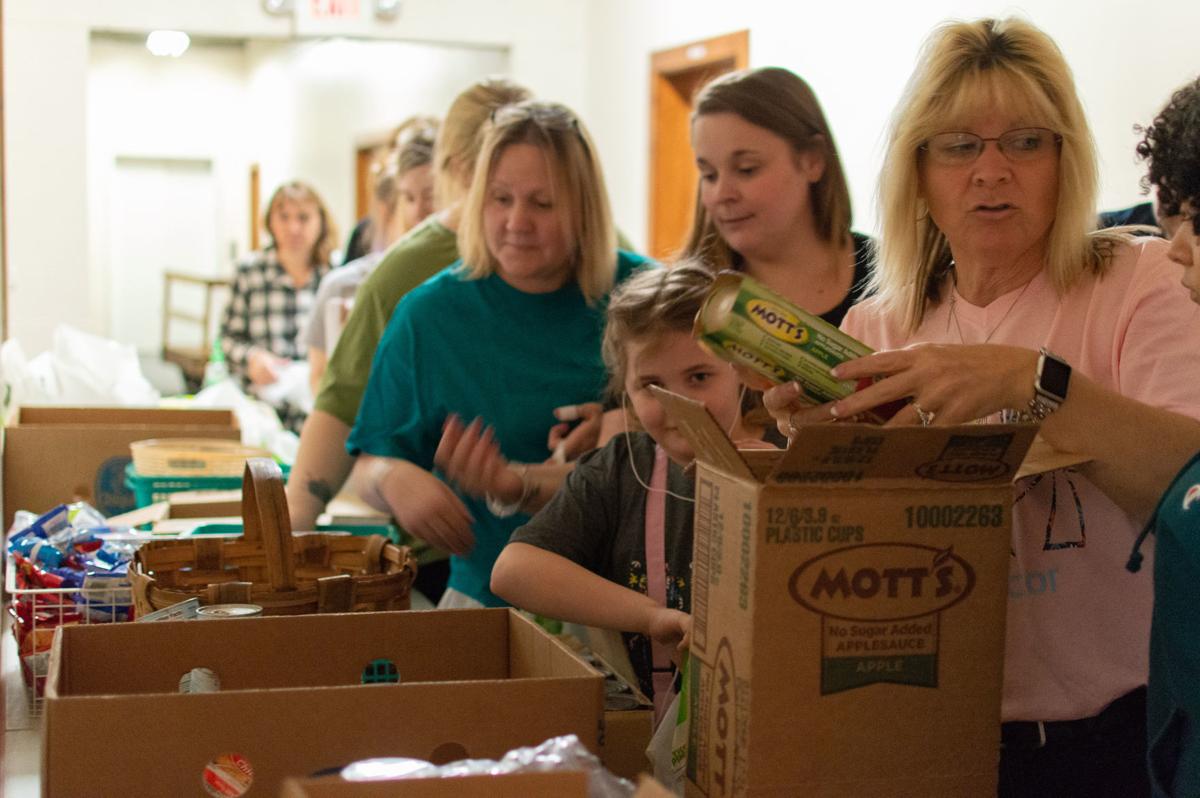 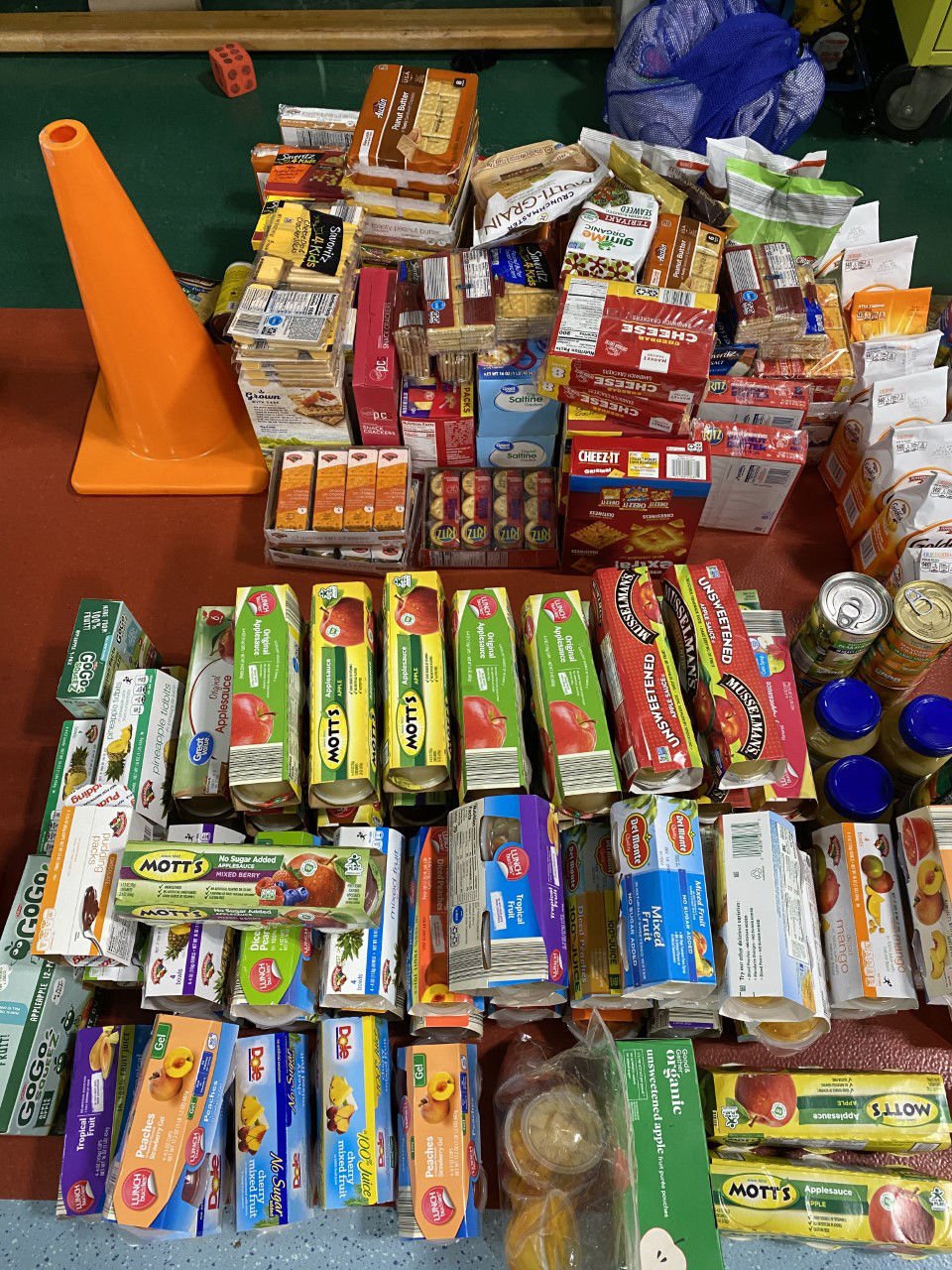 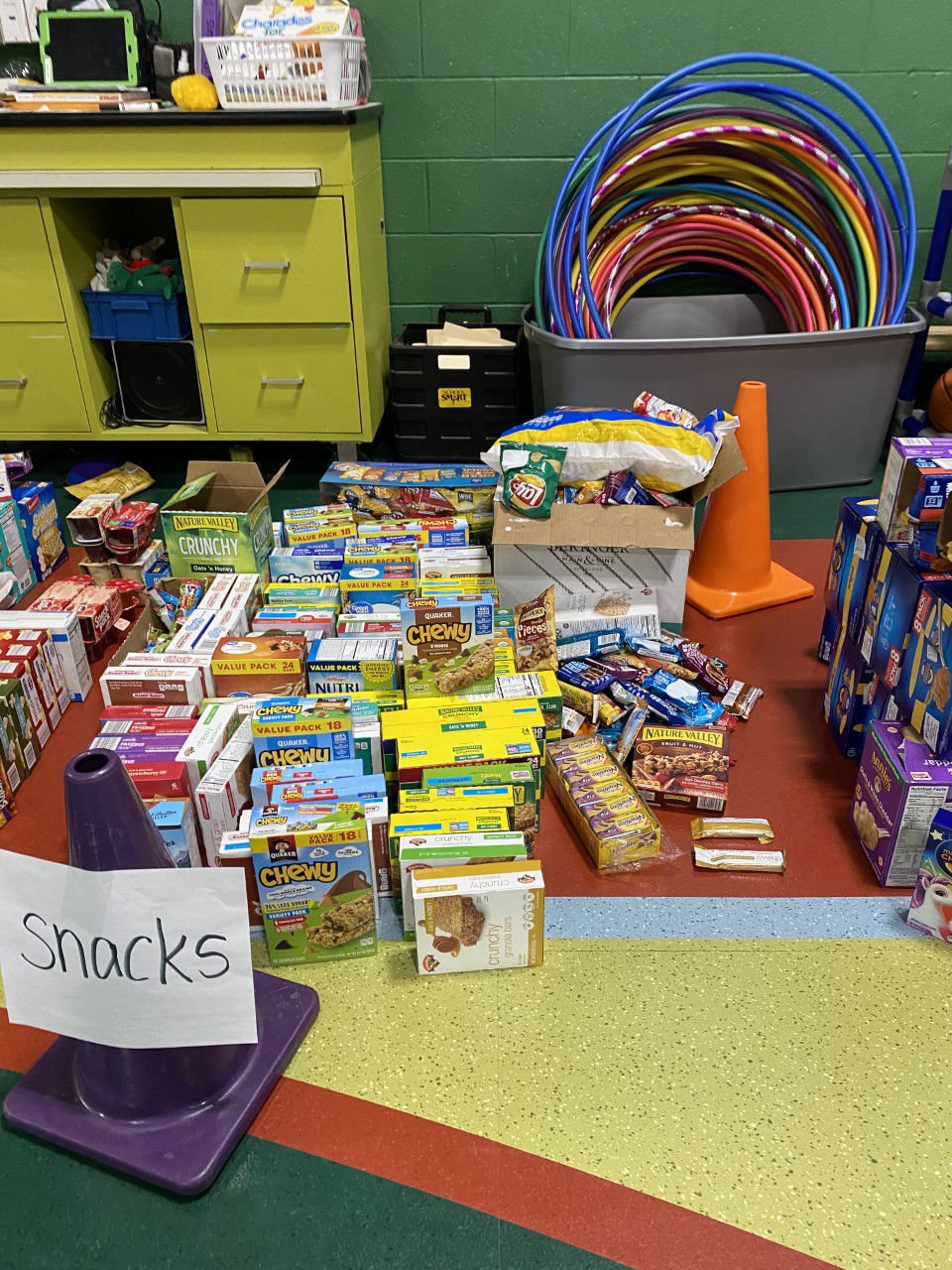 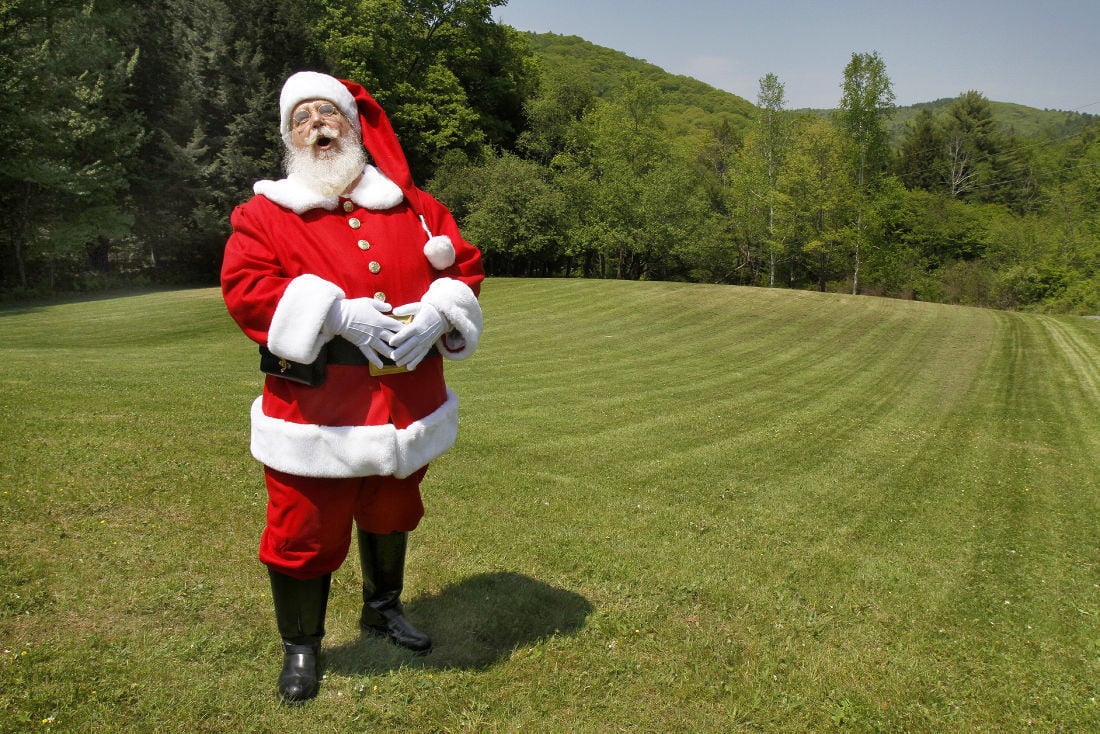 With the novel coronavirus pandemic shuttering schools in the Granite and Green Mountain states for the next few weeks — and possibly longer — community members are finding ways to support students who will be stuck at home.

A few groups are collecting and distributing donations for families whose kids typically receive free or reduced lunch at school to ensure they get plenty to eat, but there’s at least one man hoping to bring some cheer, too.

Under a waiver approved for all 52 states and territories, the U.S. Department of Agriculture’s Food and Nutrition Services has temporarily dismissed its requirement for schools to serve meals in a group setting.

While 27.5 percent of students statewide qualify for free and reduced lunch, Education Commissioner Frank Edelblut said at Sunday’s news conference that the state’s “food programs” extend beyond that. They include after-school programs as well, he said, “so it’s gonna impact a broader number of students overall.”

Edeblut did not have a solid figure for how many children would be affected, nor did he or any other state official offer concrete plans for food delivery.

In the meantime, local groups are stepping in to fill the gap.

Volunteers with Feeding Tiny Tummies, which provides weekend and summer food packages to students, packed hundreds of bags Sunday afternoon that will be distributed to families in some Keene, Swanzey, Marlow, Claremont and Winchester schools, as well as a few others that the organization doesn’t typically serve.

Jennifer Dassau of Marlow, who founded the organization in 2017, said 680 bags would go out by Wednesday, and estimated nearly that many were packed and picked up by volunteers Sunday.

When the first of the local school closures was announced at the tail-end of last week, Dassau said she was immediately worried about the “big picture”: families that are already food insecure, relying on free or reduced-price lunch programs, now needing to figure out breakfast and lunch in addition to childcare.

Feeding Tiny Tummies posted a fundraiser on Facebook Friday night that had raised $2,800 as of Sunday evening. Dassau said the bags that were packed used a combination of existing supplies, donations from the community this weekend and about $1,500 from the fundraiser.

Stretching every bit is crucial, she said, noting that for every $5 donated, the organization can buy three 12-packs of peanut butter.

Along with making deliveries to schools that Feeding Tiny Tummies typically serves, Dassau said the group will likely host a handful of drop-in sites where families can grab a bag and go. Details will be posted on the organization’s Facebook page as the plan is developed.

She added that a major downside of the situation is not knowing how long everything will last, and the aftermath will be difficult for families, too.

“When this is over, we’re [all] going to be in recovery mode,” Dassau said.

Alyssa Zalaski, the co-chair of the Symonds Elementary School PTA, said she didn’t expect a major response to the last-minute food drive she and other volunteers organized for Sunday morning. Despite having less than 24 hours notice, however, she said people showed up to the Keene school in droves.

Symonds School has about 60 students who receive free or reduced lunch, so the PTA used that number as a target. By the end of the donation drive, the group had packed 64 boxes with enough shelf-stable breakfast items, microwaveable lunches and healthy snacks for a couple of days. Zalaski said the boxes also include basic stationery, such as pencils and notebooks, because kids will be remote learning.

She explained that the school will contact families this week and allow them to pick up the boxes. For those without transportation, she said the PTA will work with school staff about asking families if they’re comfortable having their boxes delivered.

Because the community is struggling in the face of the outbreak, she said, Sunday’s turnout was inspiring. People just wanted to find some way to help.

“Families that aren’t Symonds [School] families came out. It was unbelievable,” Zalaski said. “… It just felt like, instead of focusing on the crazy, it felt good for everybody to focus on each other.”

That’s what David Callender thought, too: How can I help? After 15 years filling Santa’s shoes locally — including the past 10 as a real-beard Santa, known as an RBS in the industry — he knew he could put his talents to good use.

“My first thought was to throw a Christmas-in-March or whatever party,” he said, but then quickly realized that may not be the best idea: “... The whole idea of being out of school is to get them away from each other.”

Remembering an online chat he did with a kid last year, Callender wondered if he could bring his services to children in their homes. He posted on Facebook and invited parents to arrange for Santa to video-chat with their kids, who might get a little stir crazy over the next few weeks.

“I have no idea what I’m gonna say to them ‘cuz it’s the wrong time of year,” Callender laughed.

He isn’t charging any money for the online chats. If anyone reaches out, his plan is to keep the tone upbeat.

“People don’t know it, but kids, they hear and they feel what their parents are going through. A lot of them won’t say anything, but it bothers them,” he said.

“So I figure talking to Santa should cheer them up a little bit.”