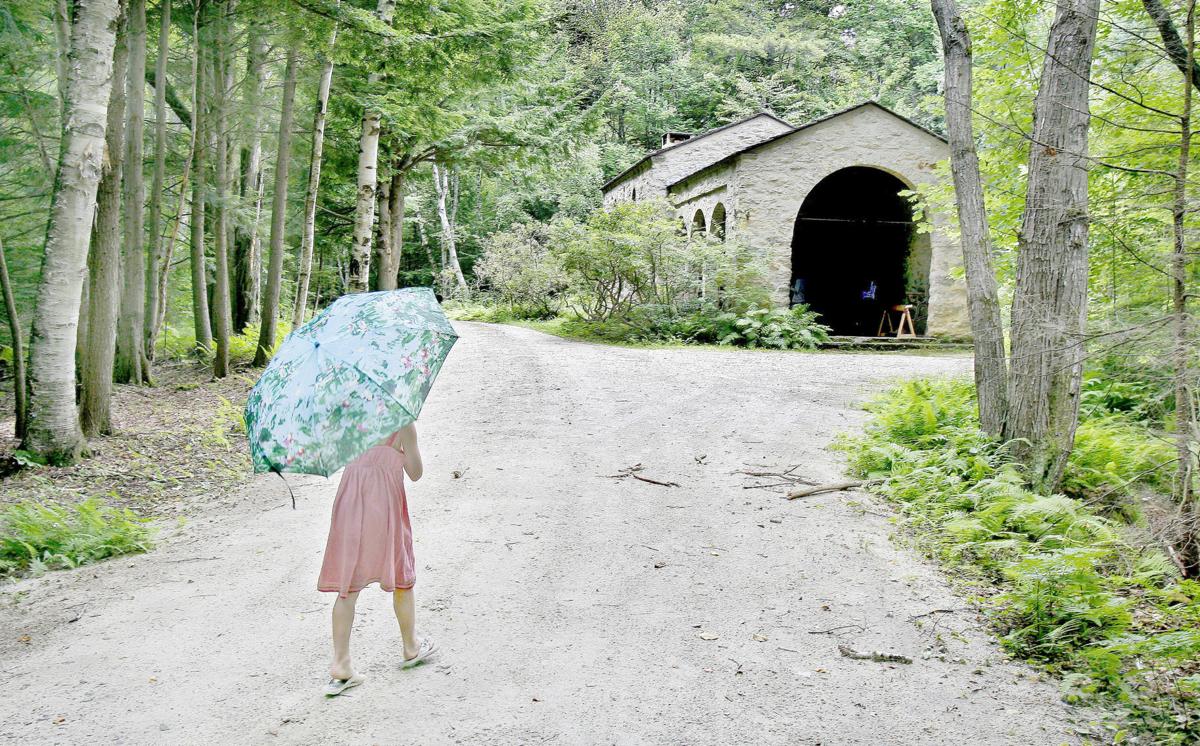 A visitor walks toward Alexander, one of the MacDowell studios that was open to the public on Medal Day in 2017. During this day, members of the public can visit artists studios at MacDowell in Peterborough. 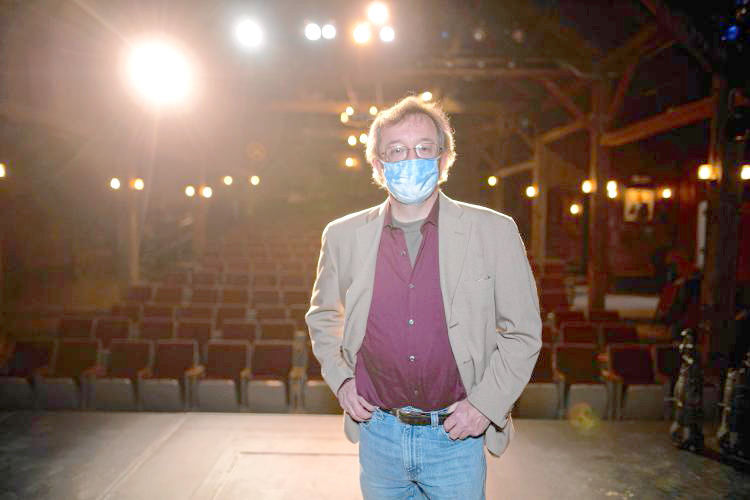 A visitor walks toward Alexander, one of the MacDowell studios that was open to the public on Medal Day in 2017. During this day, members of the public can visit artists studios at MacDowell in Peterborough.

While different aspects of the world have returned, albeit under strict guidelines and protocols in place, the arts sector has struggled over the last seven months to find its own path back.

When it appeared that the coronavirus pandemic was going to change the way life was lived moving forward, arts organizations made painstaking decisions to shut down immediately and put many future seasons, events and programs on hold. And thus far, there has been little change despite the fact that retail stores, restaurants and other industries have resumed operations in whatever capacity possible.

The decisions were not easy, but at the time necessary and while it was difficult to cancel a live performance, art tour or gallery show months in advance, in hindsight it was the right call. But with winter approaching and the chance of a second surge on everyone’s mind, looking ahead to 2021 still leaves more questions than answers.

Ask MacDowell Resident Director David Macy to describe what it’s like to prepare a budget in the middle of a pandemic and it’s quickly evident that even longtime arts organization stalwarts are unsure of what is coming next.

“Trying to make predictions about expenses and income is really an uphill climb,” Macy said. “We really don’t have any precedent for this.”

While the schedule for budget season has stayed on track for MacDowell, that is just about the only thing that is typical in 2020. But with the recent announcement that MacDowell will resume its artist residency program with a scaled-back model beginning later this month, at least one aspect of MacDowell’s mission is returning.

It was back in March when MacDowell decided to close its property to fellows, some of whom were in the midst of residencies and had to make arrangements to return home, and it wasn’t until July that the idea of bringing artists back gained any sort of traction. MacDowell will start with nine fellows, who will arrive later this month, followed by another smaller group than normal at the end of November and another in the first week of January.

“We’re all very excited to get back to our mission,” Macy said.

While MacDowell operates thanks to generous donations, fundraising endeavors and grants, the uncertain future always leaves questions about the financial aspect of the organization moving forward. But as a board, MacDowell decided to keep its entire staff employed through the end of 2020, Macy said, creating a program to keep staff members busy over the course of the last seven months.

“MacDowell’s reputation really rides on the care and dedication of the people who work on site,” he said.

But the result of that decision meant that MacDowell did not significantly reduce its expenses. On Monday, MacDowell will host its National Benefit, which is traditionally held in New York City, virtually, and Macy said that one- night event will make things a little clearer when it comes to future funds available.

“Maybe we’ll find out more what the fundraising environment is like,” Macy said. “But industry-wide, within the nonprofit industry you’d call it, there is an anticipation of lower revenue for next year.”

He pointed to the upheaval caused by the pandemic, the onset of social justice movements and all that is going on in the country as potential impacts to charitable giving. In the end, Macy is confident of the relationships MacDowell has and its legacy as keys to having the adequate funding to continue one of the country’s oldest artists residency programs.

But it doesn’t make things any easier when it comes to truly planning for the rest of 2020 and the fiscal year 2021.

Keith Stevens, managing director at the Peterborough Players, said it was “a hard call to make” when they decided there just wouldn’t be a safe way to produce the 2020 summer season. But once the organization got past the disappointment, the emphasis quickly switched to “making sure there’s a return in 2021.”

“I don’t know exactly what form that will take,” Stevens said. Because as of right now, the thought of putting a couple hundred people inside the Players theater is too much to wrap his head around. In order to make it work from a financial standpoint, the Players need to sell most of the tickets for its shows; if they were to open today they would be able to fit only about 50 people, a fifth of capacity.

“It’s hard to make the numbers work when that’s what you’re looking at,” Stevens said.

The Players is currently hosting its annual auction online through Oct. 25, and Stevens said “it’s absolutely vital for our fundraising.” So far this year, Stevens said the organization’s fundraising campaign has been successful and that “our only source of revenue right now has been through contributions.”

They received PPP funding, Economic Injury Disaster loans, as well as funds from the N.H. Nonprofit Emergency Relief, which has made the relief acronyms hard to keep track of. But all have helped immensely to make up for the fact that “there has been no ticket revenue,” Stevens said.

The loss in revenue led to the painful decision to furlough some employees, but the Players have since brought some back.

While there was no way to bring people to the theater this year, the Players have worked hard to produce content that people can enjoy at home. That has included a virtual cabaret, the Bright Spots series and readings from “Our Playhouse: 75 Years of the Peterborough Players” by Van Allen Sherman. They will host a virtual gala on Nov. 7, and signups are open for Playgroup, which will consist of three workshops centered around comedy (October), Shakespeare (November) and playwriting (December). Outside of the auction, everything has been free.

“We’re looking at it as a way to connect with the community,” Stevens said. “And we didn’t want there to be a financial barrier. We wanted to make it available to everyone.”

Because until there is a safe way to return, they need to do what is in the best interest of everyone.

The Players has hosted a winter season for the last four years, but that won’t return for a fifth, and with the MET canceling its productions until the fall of 2021, that won’t be an option this winter either.

“In all likelihood, we’re looking toward the spring and summer,” Stevens said. “That’s a really good example of the industry we’re in.”

But what has gotten them through is the support they’ve received over the last seven months.

“It does a heart good to know the institution you work for and believe in has the support of the communities,” Stevens said.

And it’s what will help them come back.

“Right now, today, I’m confident we have plans in place to be back in some form in ’21,” Stevens said.

Other theater organizations like Andy’s Summer Playhouse pivoted to an online creative space, but the low cost was not enough to offset the typical revenue brought in from sign-ups and ticket sales. Firelight Theatre Workshop in Peterborough has put on two performances so far that have brought in some money, but had to get creative to do so.

The music scene, too, has been slow to recover. The powers that be at Peterborough Concert Series adjusted to create a prosperous endeavor, Drive-In Live at the Cheshire Fairgrounds in Swanzey, but other than a handful of outdoor socially-distanced concerts and live-streamed events, that’s been about it.

For Eric Gagne, founder of Thing in the Spring, the onset of the coronavirus pandemic forced the cancellation of the annual multi-day music fest in Peterborough this past June.

He didn’t want to do an online version, something that was less than what audiences have come to expect, so the fundraising that had already occurred for 2020 will be rolled into next year’s event — if it’s safe to hold one.

There are still some more funds to raise, but Gagne said he’s not going to worry about it “till there’s a light ahead.”

“It can exist in whatever parameter the world presents,” he said.

Some of the performers scheduled for this year will return, but there will be some spots to fill, as some musicians were supposed to come from places like Australia and Germany. Gagne isn’t worried about lining up acts.

“I think especially because everyone is on hold and New England has such a wealth of musicians that come here, I think it will be easier to do,” he said.

But he feels for those who are struggling and have been for more than half a year.

“It sucks that some organizations are going to fold and venues won’t be able to reopen,” he said.

Gagne is also the programming director at NOVA Arts Block in Keene and said the anticipated opening of the space on Emerald Street was something that had been worked on for about a year. Construction began in January and in earnest in February, and at that time, Gagne said he had 30 shows booked for the summer and fall.

Those bookings were either canceled or put on hold, and it wasn’t until this past Saturday that NOVA held its soft opening under strict guidelines.

“We’ve been taking our time,” Gagne said. He added that the first live evening concert will be Oct. 23 featuring Peterborough’s Charlie Chronopoulos.