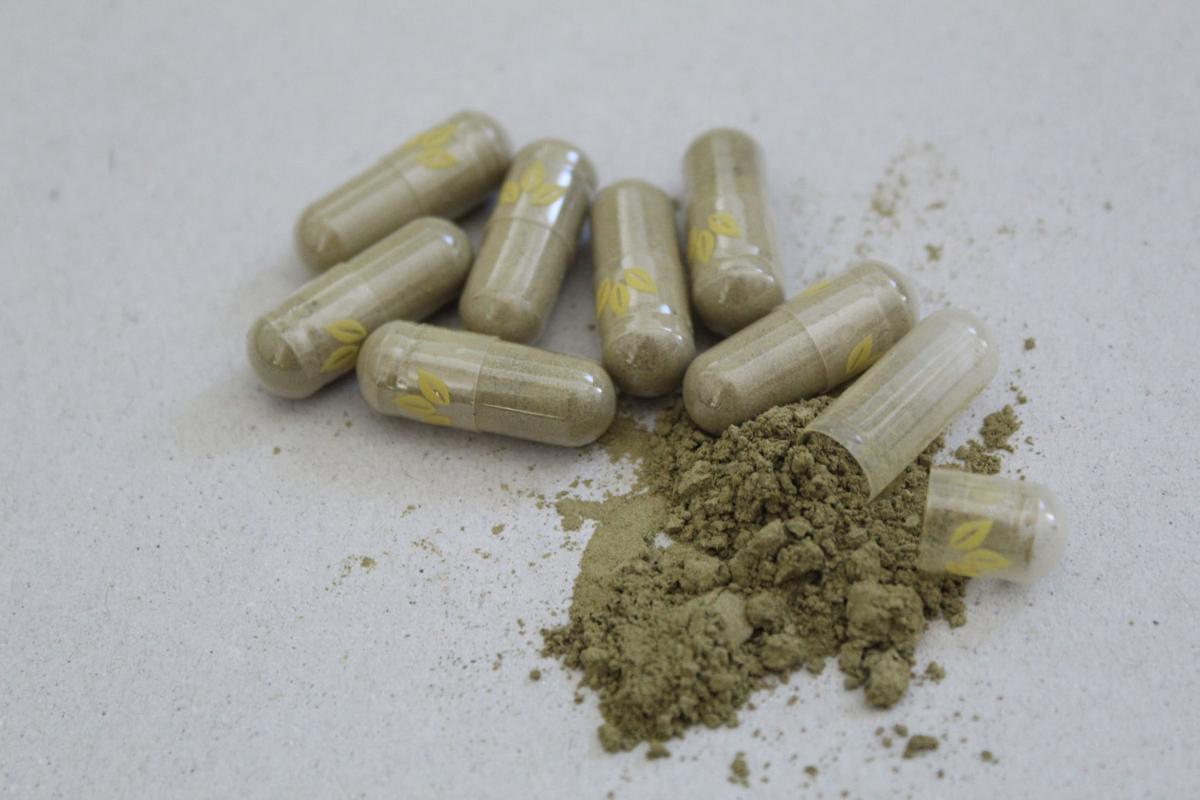 Kratom is derived from a tree in Southeast Asia and can produce stimulant effects, similar to Adderall, in low doses and effects akin to those from opioids, such as morphine, when consumed at higher doses, according to the U.S. Food and Drug Administration. 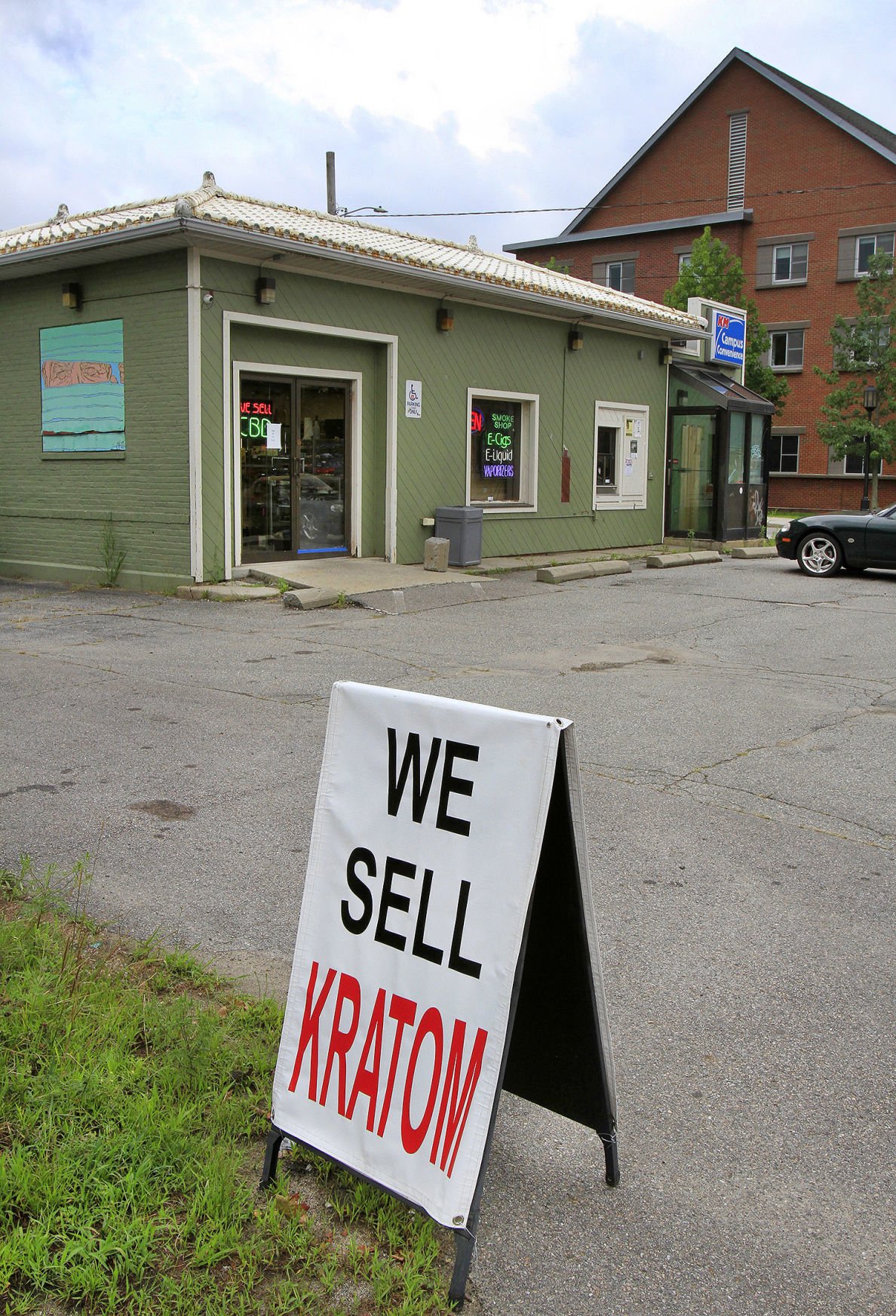 A sign outside Campus Convenience on Winchester Street in Keene prominently advertises kratom for sale.

Kratom is derived from a tree in Southeast Asia and can produce stimulant effects, similar to Adderall, in low doses and effects akin to those from opioids, such as morphine, when consumed at higher doses, according to the U.S. Food and Drug Administration.

A sign outside Campus Convenience on Winchester Street in Keene prominently advertises kratom for sale.

Use of an increasingly popular herbal supplement, kratom, has been touted by consumers as an alternative approach to pain management and as a way to curb opioid addiction.

But, federal agencies and local health providers are warning it may not be so simple, suggesting kratom has harmful, addictive properties.

“As a natural, herbal supplement, these things are not well understood or well studied,” said Dr. Andy Tremblay, a family practice physician at Cheshire Medical Center, an affiliate of the Dartmouth-Hitchcock Health System. “While individuals may see a positive benefit, that doesn’t mean everyone will, and there is substantial risk.”

Kratom is derived from a tree in Southeast Asia and can produce stimulant effects, similar to Adderall, in low doses and effects akin to those from opioids such as morphine, when consumed at higher doses, according to the U.S. Food and Drug Administration.

Between 2015 and 2019, New Hampshire tallied eight deaths involving mitragynine, the most abundant chemical in kratom, according to data from the N.H. Office of the Chief Medical Examiner.

One death was reported in Cheshire County during this time period, in 2015, in which mitragynine was used with other drugs. A majority of the deaths occurred in 2018, the data show, with four in four counties. Three of them involved mitragynine and other substances, while one was from solely mitragynine.

“Although uncommon, deaths due to mitragynine, alone or in combination with other drugs, have occurred,” the state’s Chief Medical Examiner Dr. Jennie Duval said in an email Thursday. “Thus, it is concerning that this drug is advertised as a benign, herbal remedy and readily available via the Internet.”

Because kratom is not scheduled as a controlled substance, it can be — and is — sold at local stores.

But some states are taking action, with kratom bans in Alabama, Arkansas, Florida, Indiana, Wisconsin and Tennessee. New Hampshire banned kratom for minors in 2016, and the city of Franklin recently joined two other U.S. municipalities — Jerseyville, Ill., and San Diego — in banning the sale, use or possession of kratom by anyone.

“We noticed people were selling it and advertising it in a way to be used for younger people,” Judie Milner, Franklin’s city manager, said. “We wanted it off the shelves so children don’t have access to it.”

On a national level, the FDA has taken a number of actions related to kratom since 2012.

Along with addictive properties, the FDA has found contaminants in the drug, including harmful levels of heavy metals and salmonella bacteria.

“FDA encourages more research to better understand kratom’s safety profile, including the use of kratom combined with other drugs,” according to the FDA’s recent advisory.

The U.S. Drug Enforcement Administration, which identified kratom as a “drug of concern” in November 2017, will use the FDA’s research when it, again, considers where kratom should fall on the drug spectrum.

But as federal and state agencies sort out the drug’s uncertainties, people continue to buy it.

Dhruv Patel, owner of Jake’s Five Star Convenience and Deli on Roxbury Street in Keene, said he started selling kratom a few months ago because of the high demand from customers.

He carries kratom powder, liquid and capsules, all at customers’ request, and said from what he’s heard back, it’s yielded only positive results.

“The customers that I have that are buying [kratom] are regular users, and they know exactly what they want and what brand,” he said.

Campus Convenience, on Winchester Street, also sells kratom, with a large sign out front advertising it. The store’s manager declined to comment.

With both of these stores within walking distance of Keene State, Melissa Chickering, the college’s coordinator of alcohol and other drug prevention, treatment and education, said she’s no more worried about kratom use by students than any other drug, but that education should be stronger.

“It’s unique but confusing for the users. Many think, ‘Oh, this can’t be an opiate, it’s acting like a stimulant.’ There needs to be more education,” she said.

And its fast popularity growth, Chickering added, is concerning.

“It’s very similar to bath salts 10 years ago. Everyone was using it, and the fad happened too fast for the education to keep up,” she explained.

At Cheshire Medical, Dr. Tremblay said patients have mentioned kratom use during visits.

“It came to my attention when the opioid crisis started to rear its head, and people were not wanting to engage with providers or were looking for alternatives as providers were telling them to come off of medication,” he said.

Tremblay recalled one patient with high blood pressure, who was taking four different blood-pressure medications to control it. But when they came in for a visit, their blood pressure was still high.

“The only thing else in their system besides [blood- pressure medications] was kratom,” he said.

The lack of understanding of kratom and its effects has Tremblay urging patients to use caution.

But in a state so focused on the opioid epidemic, with 471 opioid-related deaths confirmed last year, Tremblay said it’s unlikely kratom will be in the spotlight any time soon.

“I think it flies under the radar. It is not a prescription and therefore not something we can really track ... I suspect strongly most do not even know what it is,” he said. “I think it is something that should be lumped into the larger conversation because it is connected, in a way, to the opioid epidemic.”