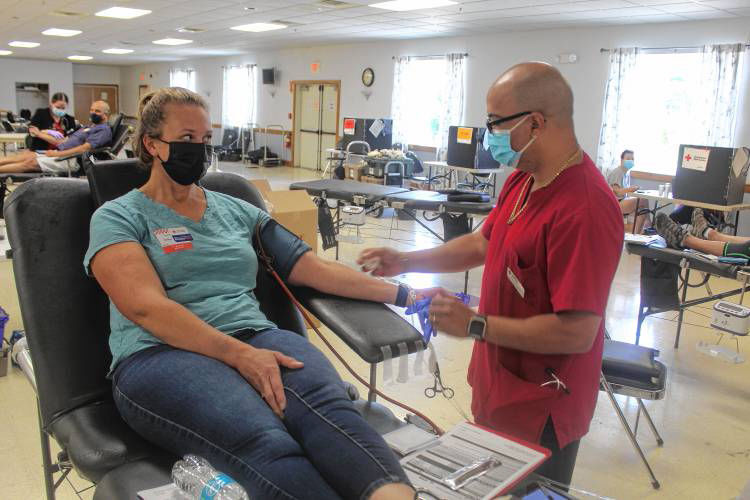 Volunteer Robert Pizarro preps Heather Wragg of Peterborough for a red blood cell donation during a blood drive at the VFW Hall in Jaffrey last week. 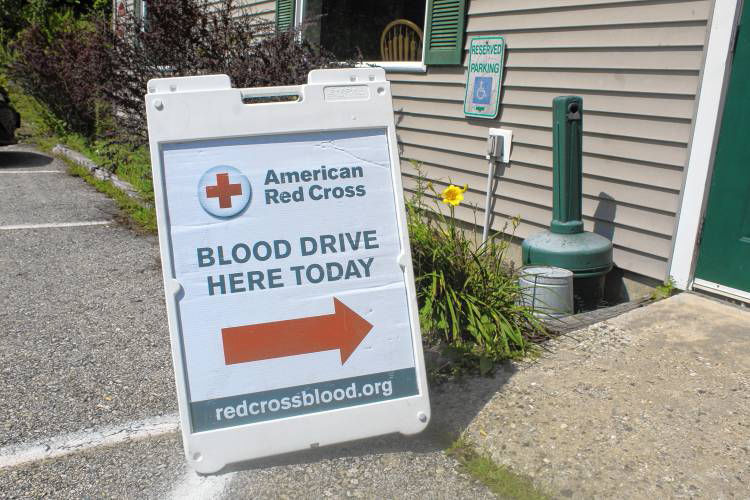 Volunteer Robert Pizarro preps Heather Wragg of Peterborough for a red blood cell donation during a blood drive at the VFW Hall in Jaffrey last week.

The American Red Cross continues to face a lingering critical blood-supply shortage and is encouraging eligible donors to help combat the issue, which the nation’s hospitals have been dealing with throughout the summer.

Multiple area blood drives are being held in Jaffrey and Dublin over the next month, for those who want to contribute, including a drive held at the Jaffrey VFW last week.

Hannah Cavallaro, the drive organizer and head nurse, said the drive was nearly at capacity that day, with only a few open appointments left, but the need was so acute the shortage remains.

“The demand is just higher than the supply,” Cavallaro said. “And COVID-19 isn’t making things easier.”

Mary Brant, the regional communications manager for the Northern New England region of the American Red Cross, said in addition to donations being down — something that is expected during the summer months — there is also an increased need.

“Blood products are being distributed to hospitals at a higher than usual rate,” Brant said. “In recent months, we have been sending about 12 percent more blood products for patients in need.”

The American Red Cross has been encouraging people to step up and donate, including by offering incentives like gift cards, and Brant said that effort has resulted in more people donating, but the increased demand has kept the need at a critical level.

“People have stepped up and responded, but blood is still going out faster than it’s coming in,” Brant said. “We’re coming to the end of summer, and people are returning to regular routines, and we are encouraging regular donors to make an appointment to give.”

“I try to do it as frequently as I can,” she said. “I just know it’s a need. It doesn’t take too much, just a little time, and it helps people. I encourage other people to do it as well.”

“It takes a little longer, but they get double the use out of it,” said Gauvin. “That’s pretty much all I do now is the red blood cell donations.”

Appointments for any of the upcoming drives can be made remotely on redcrossblood.org.