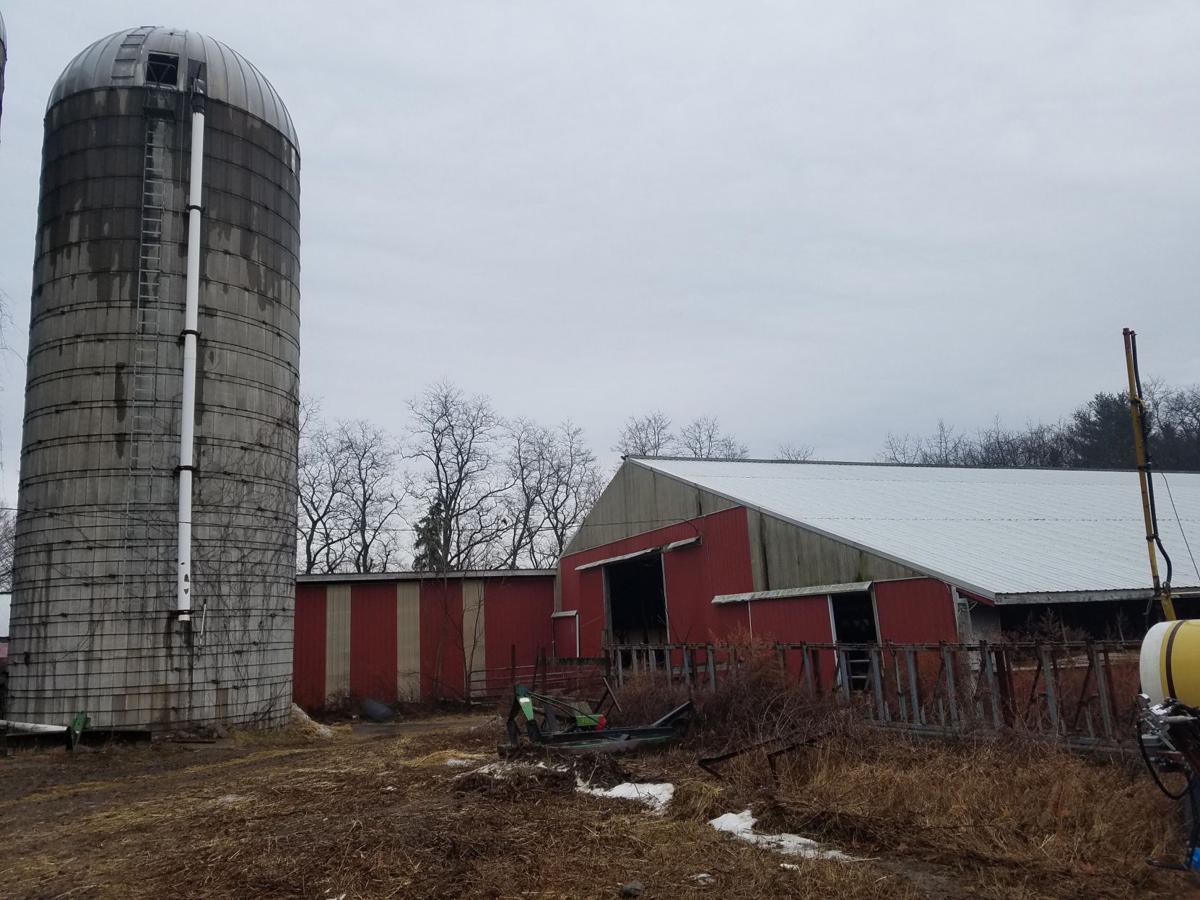 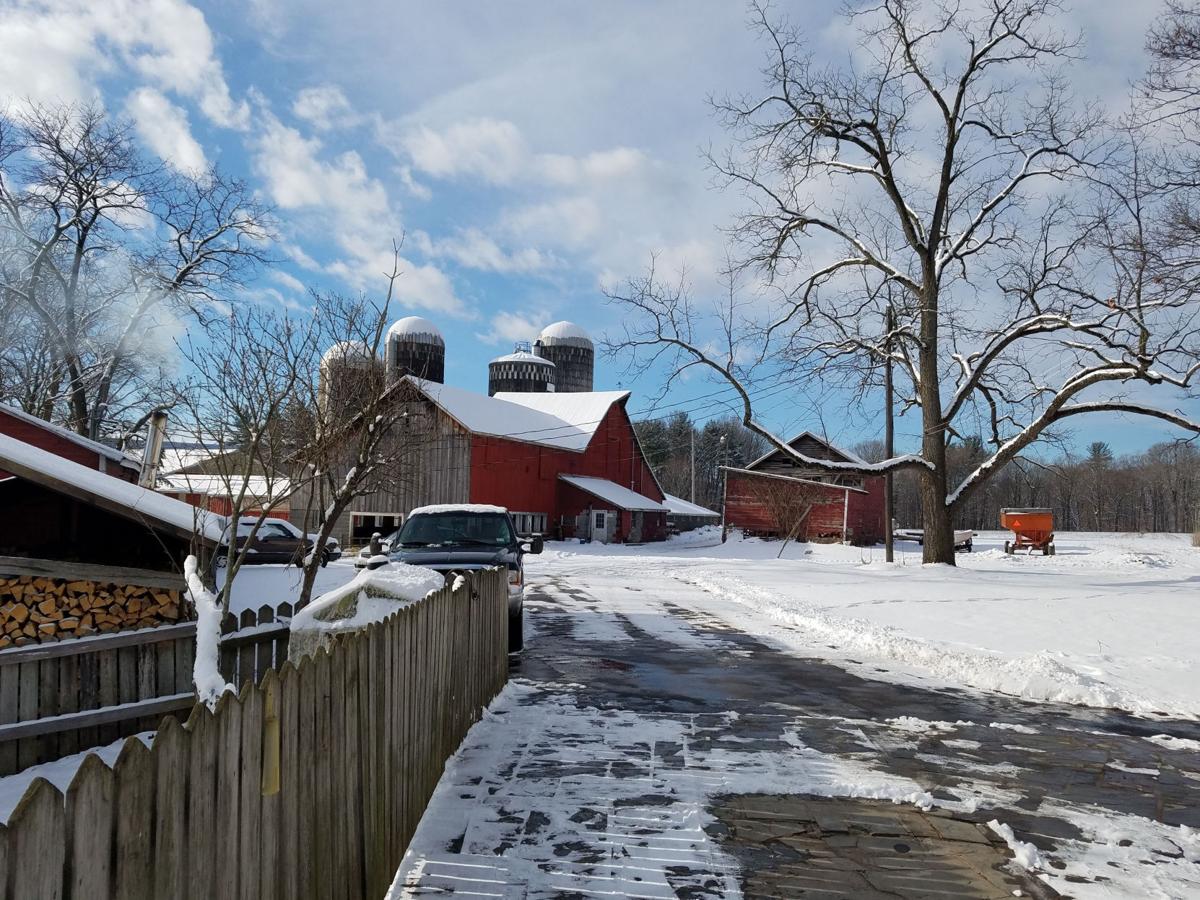 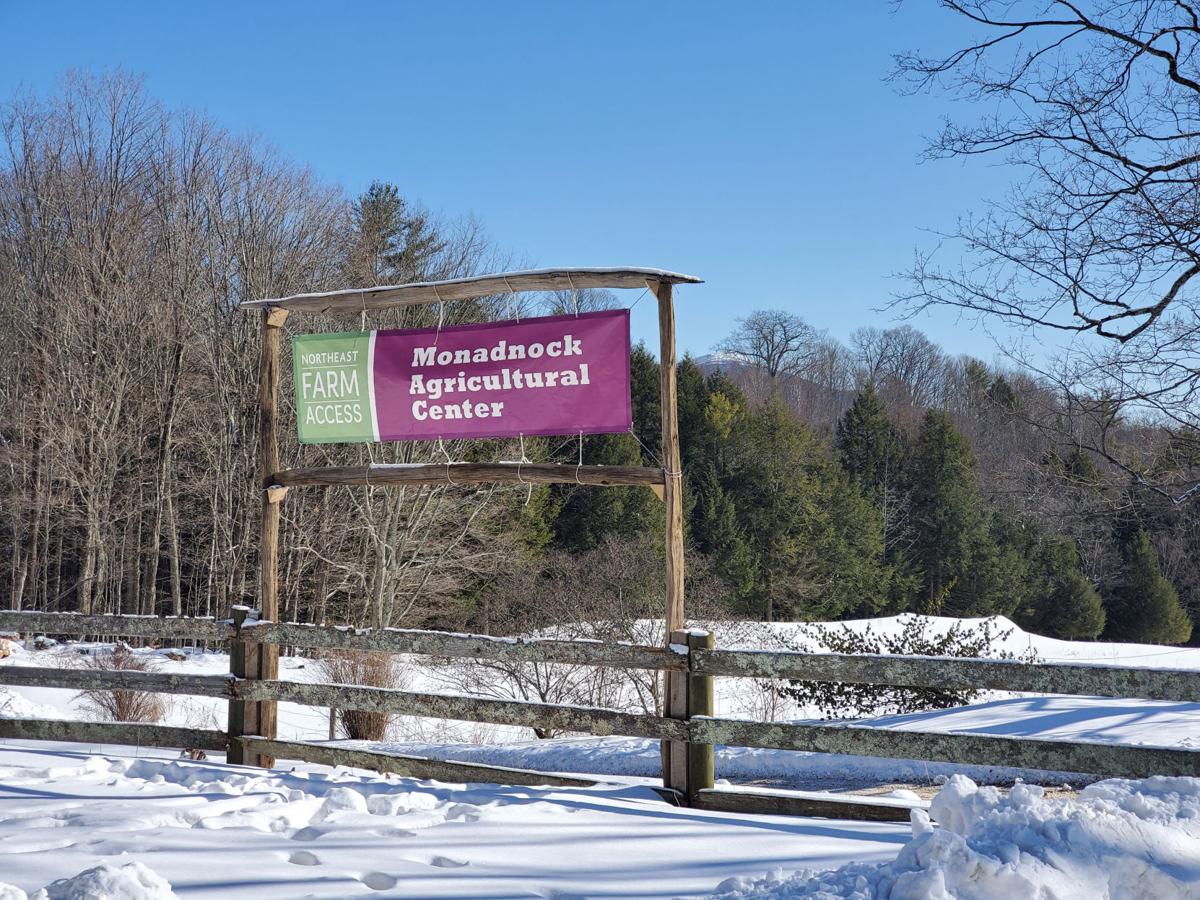 Among the farms that Northeast Farm Access operates is the Monadnock Agricultural Center in Marlborough. NEFA

Among the farms that Northeast Farm Access operates is the Monadnock Agricultural Center in Marlborough. NEFA

A local entrepreneur being sued by his former business partner for allegedly inflating development costs and siphoning funds to himself says those allegations are “wildly inaccurate and misleading.”

In a lawsuit filed Jan. 14 in the U.S. District Court for the Southern District of New York, philanthropist Joshua Rechnitz claims he was defrauded out of millions of dollars by Bob Bernstein, an Antrim resident active in sustainable agriculture.

The dispute stems from their work involving two farms managed by Northeast Farm Access, an organization Bernstein started in 2013 that works to restore aging farms in the region, including one in Marlborough. Bernstein, 69, founded the business — which he recently converted into a nonprofit and multiple LLCs — after a career in community development, much of it focused on agricultural work.

His partnership with Rechnitz began in early 2018, according to the lawsuit, when the New York philanthropist invested $400,000 in Esopus Agricultural Center, a NEFA-run farm in Kingston, N.Y. Several months later, the lawsuit says, Rechnitz purchased a majority stake in Arrowhead Farm Agricultural Center, a NEFA property in Kerhonkson, N.Y., through an initial $1.6 million investment.

Rechnitz alleges in the suit, first reported by N.H. Public Radio, that Bernstein convinced him to put more than $2.7 million (including his initial investment) into Arrowhead by misrepresenting project costs and making “arbitrary, futile [and] counterproductive” purchases.

He also claims that a substantial portion of his investments, some of which were loans that he says were never repaid, were funneled into NEFA’s for-profit entity — now called NEFA1 — to enrich Bernstein.

In an interview with The Sentinel, however, Bernstein rejected the accusation that he purposely inflated expenses for his own gain. He argued that NEFA’s business dealings were “completely transparent” and that he was not responsible for, nor did he intend to benefit from, projects that went overbudget.

“Everybody was fully informed along the way,” he said Saturday.

Bernstein, who previously served as executive director of the Keene-based Cheshire Housing Trust, said NEFA adopted a legal and financial model from that nonprofit, which purchases properties and offers them at affordable rental costs.

In an effort to support local agriculture, NEFA acquires aging farms and leases them to multiple tenant farmers — a model that Bernstein said he hopes will create “forever farms.”

It currently operates six farms in the region, including the Monadnock Agricultural Center in Marlborough, and has about 70 investors across those properties, Bernstein said. NEFA established the Marlborough agricultural center, the former Maple Homestead Farm on Richardson Road, in 2017.

Rechnitz, whose past philanthropy has included backing recreational facilities in New York, first learned of NEFA in late 2017, according to the lawsuit. After having already begun exploring ways to encourage sustainable agriculture in the state’s Hudson Valley, the court filing says he made his first investment in a NEFA property — the $400,000 contribution to Esopus Agricultural Center — a month later.

The Jan. 14 lawsuit “came out of nowhere, according to Bernstein, who said NEFA had never faced a legal challenge from an investor. (In a separate incident, state regulators fined the organization $1,000 last summer for selling promissory notes to investors without having received approval from the N.H. Bureau of Securities Regulation.)

The lawsuit claims Bernstein treated Rechnitz as his “personal ATM” and sought investments in NEFA to enrich himself “while the projects themselves went virtually nowhere.”

“We filed the lawsuit because of an egregious abuse of trust that philanthropists, farmers and the community placed in NEFA and Bob Bernstein,” Luke Nikas, a New York attorney representing Rechnitz, said Saturday. “We intend to hold him fully accountable for what he’s done.”

Rechnitz alleges that of his $400,000 investment in Esopus Agricultural Center, more than 25 percent of the money went either to NEFA or Bernstein directly. The rest, he claims in the lawsuit, was “spent on unnecessary projects to generate fees” for the organization.

Rechnitz was aware that NEFA collects fees for its development work based on a percentage of project costs, according to the lawsuit. He and an assistant trusted Bernstein’s judgment because of his experience in sustainable agriculture, Nikas said.

“Every single step of the way, Josh and [the assistant] were relying on Bernstein’s representations of what was going to happen, what the costs were going to be [and] why certain things needed to be done,” he said.

The lawsuit alleges that on multiple occasions, Bernstein misrepresented development costs or made needless purchases to extract more funding from Rechnitz and enrich his own company.

In one case, Rechnitz claims Bernstein asked him to loan $400,000 to NEFA for new equipment at Arrowhead Farm Agricultural Center that Bernstein said was necessary to improve the property. But that equipment — which included two forklifts, four trucks made in the 1970s and at least 12 tractors — was either useless or redundant, according to the lawsuit.

It accuses Bernstein of “unload[ing]” the equipment on Arrowhead because he had agreed to purchase it for a previous project that then fell through.

The goat dairy ended up costing Arrowhead more than $700,000, Rechnitz claims in the lawsuit.

“Bernstein and NEFA improperly increased the costs of the project, without materially benefitting the project or the farmer, in order to increase the project management fees they would collect,” it states.

However, Bernstein said the goat dairy’s price tag soared because Rechnitz’s assistant, who Bernstein said was heavily involved at Arrowhead and had assumed day-to-day control of that project, wanted it to be a grand centerpiece for the farm.

Consistent with what he described as NEFA’s prudent style, Bernstein said his vision for the dairy would have required restoring a small, run-down concrete building to modest condition and installing a door and two windows — all at a reasonable cost. The assistant and the project architect, he said, proposed a larger, more opulent design with window and skylight treatments they estimated at $350,000.

Bernstein, who said he enjoyed working with Rechnitz’s assistant and architect, said the group was simply not on the same page about the dairy. He said that while he played an advisory role for the project, the assistant managed its finances and was responsible for communicating his decisions to Rechnitz.

“Everybody was straightforward and honest in this,” Bernstein said. “It just got out of control, and I wasn’t making those decisions.” (Nikas called it “egregious” that Bernstein claimed he did not manage the dairy project.)

NEFA is also pushing back on Rechnitz’s characterization of the Arrowhead equipment purchase.

In a news release posted on its website in response to the lawsuit, the organization claims the equipment was “essential or very useful” to operations at Arrowhead and Esopus. It also argues that because Rechnitz owns a majority stake in Arrowhead, he is the de facto owner and beneficiary of those items, thus satisfying repayment of his $400,000 loan.

Bernstein blasted the allegation that he has misrepresented or inflated expenses for personal gain as “unfounded,” explaining that his commitment to NEFA frequently exceeds the number of hours that he bills for developer fees.

“If I got paid as much as a laborer on one of these jobs … I would be a wealthy person because I never work fewer than 80 to 100 hours a week,” he said. “The idea that I would do this for the fees is just untrue.”

Bernstein told The Sentinel in an email that he intends “to mount a vigorous defense” against Rechnitz’s lawsuit.

For now, Rechnitz and NEFA1 both retain ownership stakes in Arrowhead, though Rechnitz, as majority owner, has been in charge of operations at the farm, according to Bernstein. Nikas said that to be viable, Arrowhead has required an investment significantly larger than what Bernstein had initially estimated.

“Those lies induced significant cash infusions that Josh never would have made if he knew the truth,” he said.

Bernstein said that despite having had a positive relationship with Rechnitz, the former business partners have not spoken in nearly two years. The lawsuit left NEFA staff and investors “scratching their heads and concerned,” Bernstein said.

But the organization is proceeding with its work.

In December, NEFA acquired its latest property, the former Elwell Farm in Unity, Maine, where it plans to host five tenant farmers. The Monadnock Agricultural Center also gained a new tenant recently, after the Newfoundland Pony Conservancy Center — which rescues and breeds the critically endangered Canadian pony breed — moved to the facility this month. (Executive Director Emily Aho declined to comment on the lawsuit against Bernstein, telling The Sentinel in a text message that she feels MAC is the “perfect place” for the conservancy.)

Bernstein said he hopes the suit resolves any animosity with Rechnitz, adding that he hopes to collaborate with the philanthropist again to advance sustainable farming.

“Josh is potentially one of the most, if not the most, important person in this movement,” he said.