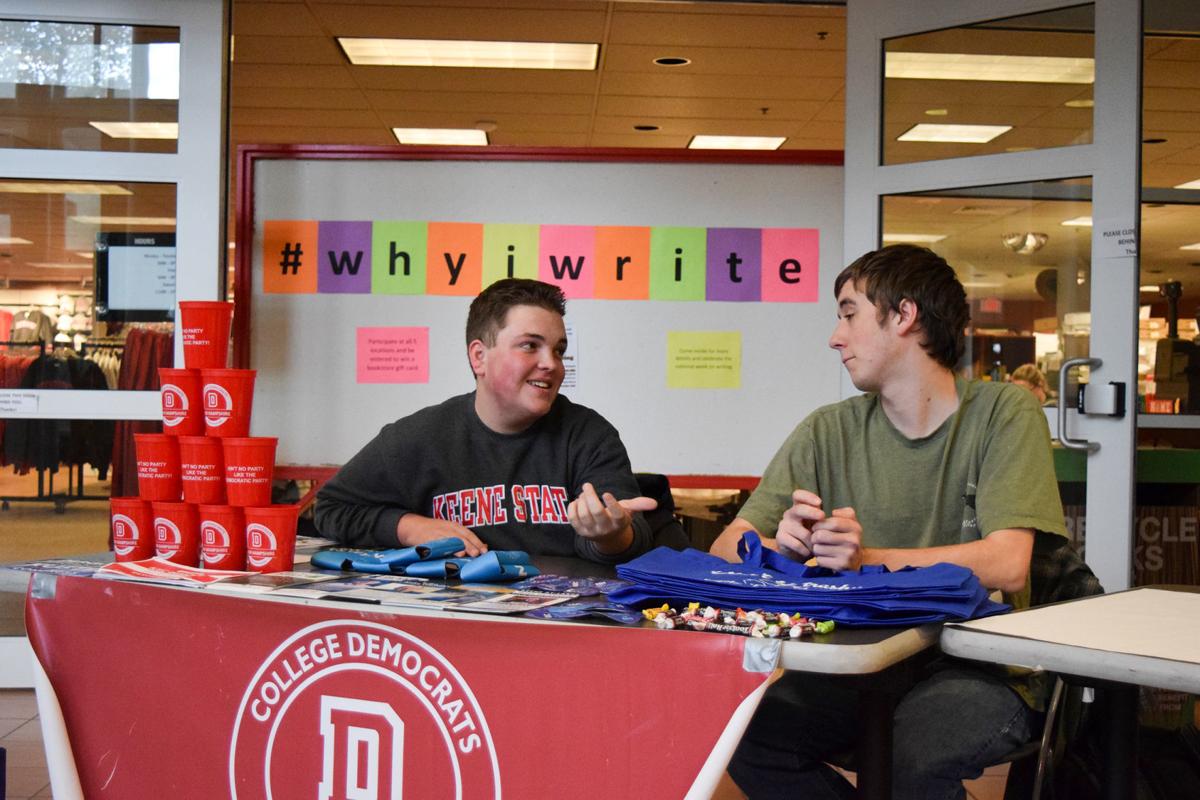 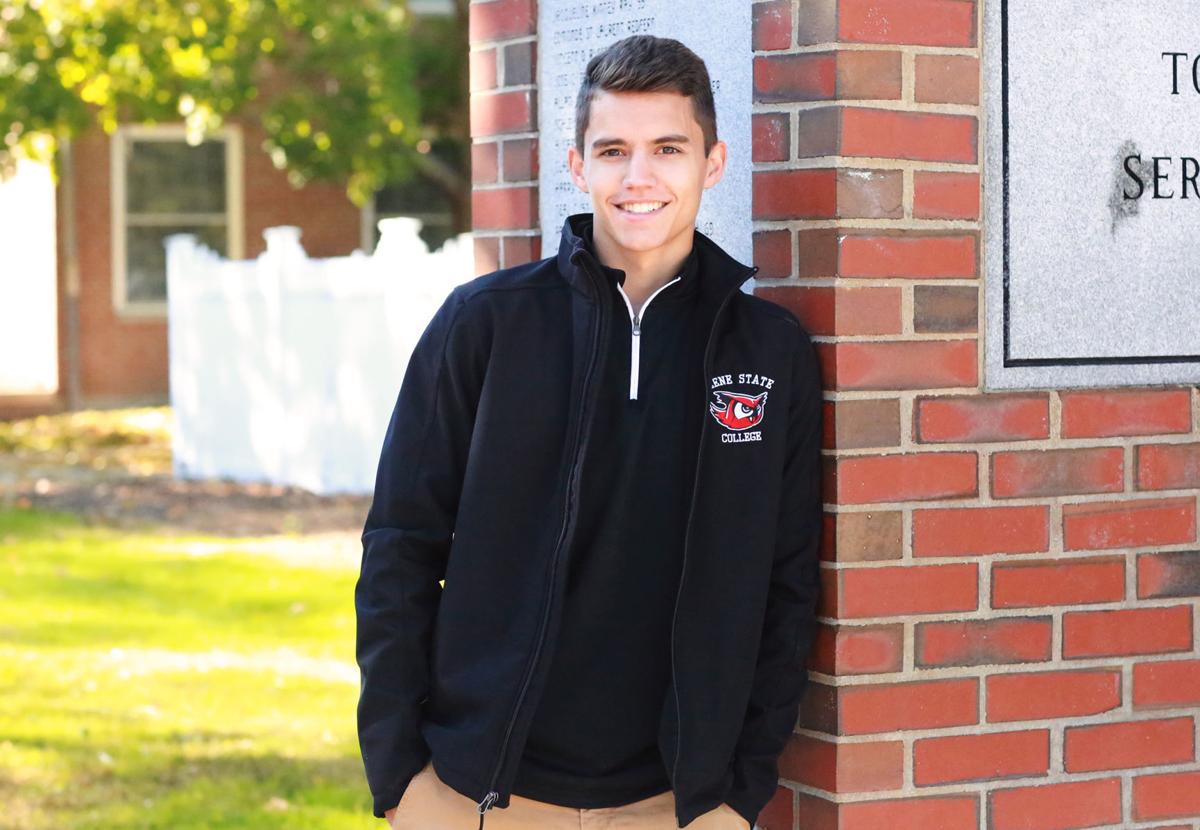 John Iacobucci, a junior and president of the Keene State College Republicans, has said his political beliefs have carried alienating social consequences on campus.

John Iacobucci, a junior and president of the Keene State College Republicans, has said his political beliefs have carried alienating social consequences on campus.

As political engagement at Keene State College crescendos heading into November’s midterm elections — traditionally a lull in the youth vote — even the most dialed-in students are confused about the state’s new voter registration laws.

Eligible voters under 24 tend to have the lowest turnout rate of any demographic. But many students at the liberal arts college said they would be more likely to vote were it not for a confluence of hurdles: a sense of alienation from both major parties; an unfamiliarity with local issues after leaving home to attend college; uncertainty about whether their vote is more important in Keene or back home; fear of being shut down for voicing a dissenting opinion; and not knowing where to begin with New Hampshire’s changing voting laws.

Concerns around the new requirement for people to be “domiciled” in New Hampshire to vote are some of the only things leaders of the campus Republican and Democrat clubs can agree on, in addition to nearly a dozen other students who spoke with The Sentinel.

The school provides proof of dormitory residence for those on campus, whereas students living off campus or commuting must provide specific documentation of off-campus housing, such as a signed lease or mail.

Another tweak to voting, Senate Bill 3, gives the state authority to check on a voter’s proof of domicile and allows for same-day registration as long as documentation proving domicile is provided within 10 days of the election, or 30 if the voter’s town hall operates on a part-time basis.

A sophomore political science and Holocaust and genocide studies double major hailing from Northampton, Mass., Bernstein had just adjourned a student government meeting, where he serves as speaker of the assembly. Much of Bernstein’s volunteer work centers around registering his fellow Owls to vote, which he said has become difficult under the Sununu legislation that the young Democrat described as a de facto “poll tax.”

“I don’t like to bash candidates, but he’s imposing voter laws to make it harder for us to vote,” Bernstein said as members of the student assembly filed out of the Mountain View room atop the student center.

His Republican counterpart, John Iacobucci, a junior political science major from Rocky Hill, Conn., also raised concerns about the legislation suppressing the youth vote. Iacobucci has chosen to vote absentee in his home state, where he has volunteered on campaigns and interned in the legislature, despite firmly believing that his vote “would count more” in the mercurial Granite State than in more reliably Democratic territory of Central Connecticut.

“You can see it with Governor Sununu’s bill, that college students like me coming into New Hampshire can make more of a difference,” Iacobucci said.

As an outspoken Republican and Trump supporter, Iacobucci said he tries to engage his fellow students in political discussions and consider opposing views.

The founder of his high school’s GOP club, he said he came to Keene with high hopes for political engagement, given the reputation of the state’s face-to-face, retail politics and its first-in-the-nation primary. However, he has found his political beliefs carry alienating social consequences on campus, particularly after President Donald Trump took office.

“Speaking to the point of being a conservative on campus, we have a lot of challenges we face,” Iacobucci said in between classes in Rhodes Hall. “It’s extremely difficult to voice your opinion in class, because teachers force their opinions and agendas on you. ... Speaking in dorms and stuff, a lot of people won’t be friends with you.”

Sitting next to Iacobucci in the Rhodes Hall classroom was Professor of Political Science Michael Welsh, who teaches a course this semester on young American voters. Welsh praised Iacobucci for being steeped in policy issues and consistently showing a willingness to hear out progressives and libertarians.

“Oftentimes, the more ideological (students) are when they come in, the more open and engaged they are when they leave,” Welsh said. “There’s only so much mileage you can get from being devout and resolute all the time.”

Beyond the much maligned tone and tenor of today’s political discourse, Welsh pointed to research showing a longer-standing trend of declining voting participation and political information among young Americans.

“Young people really don’t turn out in midterms and tend not to know which offices are up for election,” Welsh said before pointing to Iacobucci and his more liberal classmate Aaron Keaton, a sophomore political science major from Plymouth. “These two are different, but the average person is part of the 80 to 85 percent (of those between 18 and 25 years old) who won’t show up on Election Day.”

Keaton, who said he is not registered with either party but plans to vote for Democrats on Nov. 6, exhibited a mix of frustration and fatigue that has beset many other Keene State students. Most students approached by The Sentinel declined to speak on the record about politics — citing reasons ranging from concerns about future job prospects, Internet backlash and distaste for both parties to outright embarrassment for not keeping up with the news.

“Even Democrats will say they want to help people, but it’s all about special interests and money,” Keaton said. “I just believe that all people are people, and I don’t think we really look at humans as humans — (instead) we’re all about categories.”

Victoria Bergström, a sophomore French major who sits on the student assembly with Bernstein, said her parents’ Scandinavian roots and her interest in international studies have made her more “disappointed” in how much harder it is for Americans to vote than it is for those in democracies abroad.

Planning to vote absentee in her home precinct up in Dorchester, Bergström said her vote would make a greater impact in a more rural area than in Keene and that many of her friends have become far more politically engaged as the Trump administration has carried on.

“I think people, since Trump won, are investigating their political views and how they vote more,” Bergström said. “A lot of people are enthusiastic, even people in the past who are nonpolitical. I’ve seen people who before said, ‘Politics, that’s a load of crap,’ or whatever, but now they’re realizing that they can affect policy changes, especially in more rural areas.”

Along with Bergström, juniors Josée Beauchamp and Freya Crompton said the recent hearings to confirm Supreme Court Justice Brett Kavanaugh amid allegations of sexual assault had been particularly demoralizing, motivating them even further to follow the issues.

Beauchamp, for example, said she began paying closer attention to Sununu’s voter registration reform efforts after the Kavanaugh hearings, though she is still confused about what the additional requirements for state ID will hold come next year.

“I’ve seen a lot of kids on Keene’s campus who have been really outspoken against Chris Sununu about it,” Beauchamp, a European history major from Fairbanks, Alaska, said in the lobby of the student center. “It totally comes across to me, as an average student, as a way of voter suppression.”

Planning to vote in New Hampshire instead of Alaska, Beauchamp said she also believes her vote on progressive issues will have more of an impact in the Granite State. But she echoed Iacobucci’s sentiments about the difficulties conservatives can have in voicing their opinions outside of the classroom on campus.

“I’m personally liberal, but I have so many friends who are conservative who are embarrassed (to share their views).”

For Crompton, a film major from Dundee, Scotland, American politics have become an obsession for her friends back home ever since Trump upset former Secretary of State Hillary Clinton in the 2016 election. While she cannot vote in the midterms, she nonetheless prides herself on keeping up with current events and was shocked when friends of hers in the United Kingdom seemed completely unaware of the Kavanaugh hearings.

“Social media was blowing up the day he was confirmed,” Crompton said. “People were sharing stories of being assaulted, and some people thought it was some sort of sexual awareness day, with no idea who Brett Kavanaugh was or why it was important.”

With so many students feeling alienated from the political process, activists like Timmy Panella, a 22-year-old recent graduate of Keene State, have been putting in long hours to register students to vote and guiding them through the latest registration regulations.

“I think more people want to see change in this country and this state than we think,” said Panella, who was corralling students Wednesday toward a voter registration desk set up by the Keene City Clerk’s Office.

Armed with a clipboard and flanked by a desk covered in swag items provided by NextGen America, a voter outreach group — including hats, pins, lanyards and even bottle openers encouraging voting — Panella said he can only go so far when trying to explain HB 1264 to students who were unaware of the new process.

“The gist of it is that I wish there were a simpler answer to give to everybody, because this bill was meant to sound confusing.”

NextGen, led by the progressive hedge fund manager and environmentalist Tom Steyer, has spent $750,000 in New Hampshire to turn out young voters, part of a $34 million budget nationwide. Canvassers like Panella have already secured more than 16,000 pledges to vote from students across New Hampshire, either through the time-trodden clipboard or via social media.

Prof. Welsh remains skeptical of any sustainable reversal in the trend of declining turnout among young voters, having dedicated an entire presentation to the subject Wednesday night as part of Keene State’s Open College lecture series. However, he remains confident in the unique political spirit of the Granite State and the opportunity students have to get engaged politically compared to students he taught in Pennsylvania and Oregon.

“One of the things I’ve noticed about students here at Keene, I notice that when the dialogue gets going, and it doesn’t always get going, but when it does, it flows a lot better across beliefs and ideologies and party affiliations,” Welsh said. “My main theory is that there’s a conduciveness because of the political liveliness in New Hampshire. The first-in-the-nation primary makes politics something that people have discussed firsthand, and the swing state makes the discourse livelier.”

No one will know for certain what the youth vote will look like until election-night returns start coming in Nov. 6. But Bernstein said he hopes that, regardless of ideology, Keene State students will take advantage of the iconic retail politics that have come to define the Granite State.

“Be visible,” Bernstein said. “When you get to talk to a candidate and volunteer and canvass for them and believe in them, it feels a lot better.”