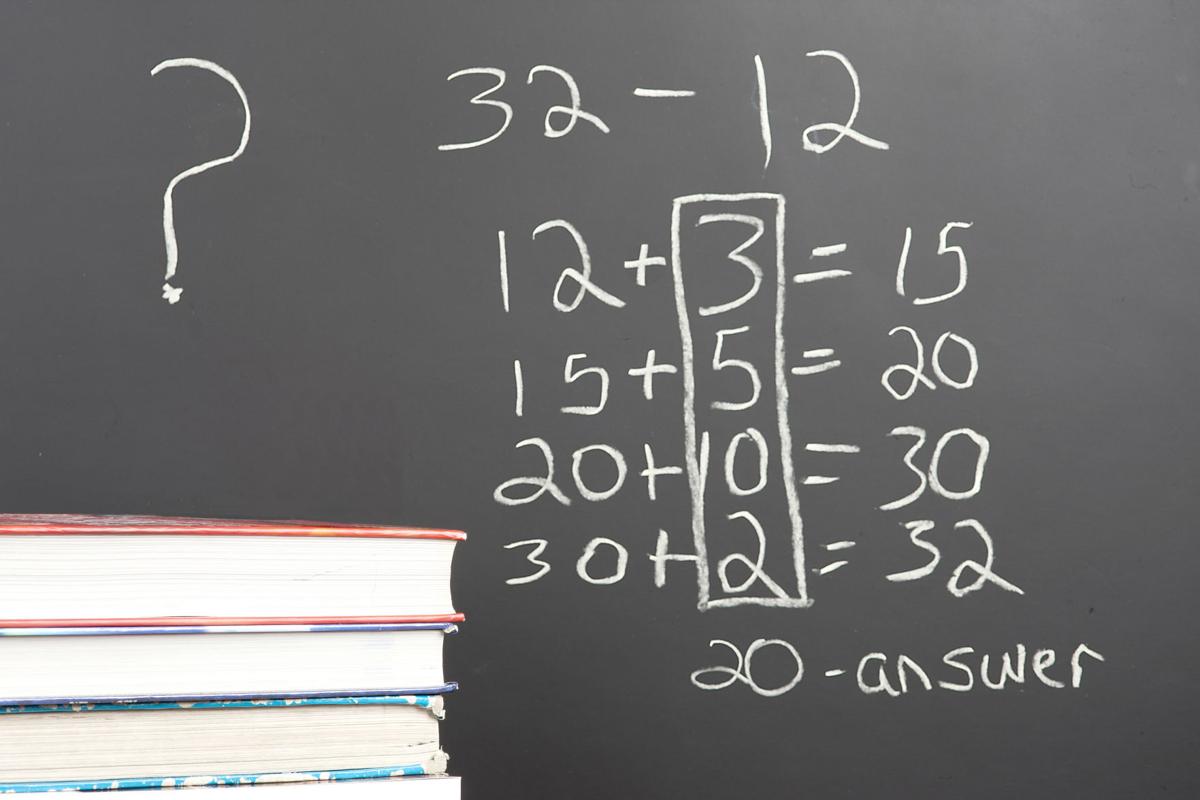 This March marks a year of learning at least partly at home for schoolchildren across the country. And though schools and families have quickly adapted, the prolonged disruption has educators and parents concerned about learning loss — especially in math.

A study published by McKinsey and Co. in December estimates that the shift to remote learning in the spring set white students back in math by one to three months, while the gap was three to five months for students of color, who are more likely to learn remotely and less likely to have access to the needed technology and Internet service. Students have fallen further behind in math than in reading, according to the study, leading some educators to encourage families to incorporate math activities at home the way they might make reading together a regular routine.

For parents who’ve had negative experiences with math or find “new” methods of calculation difficult to decode, supporting their kids through the subject in a remote environment can feel daunting. But experts say there are resources and techniques that can help.

Hunter is a lecturer in mathematics and business management at Keene State College, and her master’s research focuses on math anxiety and trauma in math education. Though some parents may question the necessity of learning new methods, she said finding the correct answer to a math problem is not as important as the student’s understanding of how to get there. And teaching kids multiple techniques can help them find the one that makes the most sense to them.

“In my experience, everybody processes math differently. And so, the way that I learned to do long division 20, 25, 30 years ago at this point, is not invalidated. It’s not that it doesn’t work,” Hunter explained. “But some students process that information differently, and so [you’re] giving them more than one way to solve that or to think through it or to show it.”

Even before the pandemic, keeping up with “new” math had been a source of anxiety for some parents. Before moving to Keene this past summer, Sally Rose’s daughter Elizabeth attended school in the Nashoba Valley Regional School District in central Massachusetts. When Elizabeth started middle school, the district held a parents night where teachers provided resources and went through the methods they’d be using in math classes step by step.

For Elizabeth, who is an 8th-grader this year at Keene Middle School, online resources have been helpful, such as an app included with one of her previous textbooks that brings up a tutorial when you snap a photo of a math problem. And though Rose sometimes still falls back on traditional methods, she said her daughter has gained more confidence in the subject.

Brian Campbell, assistant superintendent for N.H. School Administrative Unit 29, noted there are a wealth of online resources for parents to use, such as Khan Academy, which offers free courses and practice activities across a range of subjects. Hunter, who is also a homeschool educator, also pointed to websites like StatisticsHowTo.com and the National Council of Teachers of Mathematics’ Illuminations website, which has interactive activities based around Common Core standards.

He noted that half the battle is helping parents realize that they’re not “bad” at math. Using language like this can create a “defeatist” attitude for children, he said, and make them less motivated to try.

“Math is a puzzle. Anybody can do math,” he said. “Some just have an innate ability and can move more quickly through learning some of the concepts, and others need more time.”

So how can parents help their children feel less intimidated by the subject? For one thing, it’s important to step away and take breaks if you or your child becomes frustrated while working on math, Hunter said. And if a new method looks foreign, try to learn it alongside your child, she suggested, by looking up resources or reaching out for assistance if you need it.

“That’s more of a growth mindset, because you’re owning that you don’t know everything — because who does? But you’re also allowing your child to see the process. This is what happens when I don’t know something; I look for resources, I ask for help,” Hunter said. “And it’s OK not to know something as long as I’m willing to try to figure it out or keep working on it.”

Parents should also communicate with their child’s teacher about how math is going at home, Hunter said. Students might be in need of more individualized support, or a different teaching approach.

Keene mom Beth Sibley, a preschool teacher, said she’s been happy with the support her daughter Madison has received as a 3rd-grader at Wheelock Elementary School this year. After Madison began struggling in math last year, Sibley and her daughter’s teacher agreed that she would continue with whatever method worked best for her, because learning multiple methods was causing confusion.

Madison now gets one-on-one remote support from a classroom aide, and has learned to hop onto virtual office hours when she needs help from a teacher. And for Sibley, helping with homework is a bit less daunting because she knows she can use the methods she’s more familiar with.

“I’m a teacher, and I went through all of those classes. I still don’t know how to do the new way that they’re teaching it,” Sibley said. “So the fact that I can sit down next to her, and we can do math together makes me feel good.”

Though parents can help support their children’s math skills at home, Campbell and Hunter agreed that they shouldn’t put pressure on themselves to solve the dilemma of learning loss. Families and schools should work together to address it, Campbell said, but educators know families are overwhelmed and doing the best they can in an unprecedented time.

In Hunter’s eyes, if that means teaching your children the “traditional” math you learned in school, that’s OK.

“If that’s what you’ve got to offer, then offer it, by all means, because your child will continue to do math throughout the rest of their education. And I think as educators, we know that there’s just been this giant hiccup in the system,” Hunter said of the pandemic.

“It’s not specifically your child that’s not learning this skill; it’s this whole cohort of students that has had this experience collectively. And we’ve got to figure out how to move forward with that.”

The Sentinel’s “Pandemic Parenting” project is supported by a competitive grant from the nonpartisan Solutions Journalism Network. The Sentinel retains editorial control.