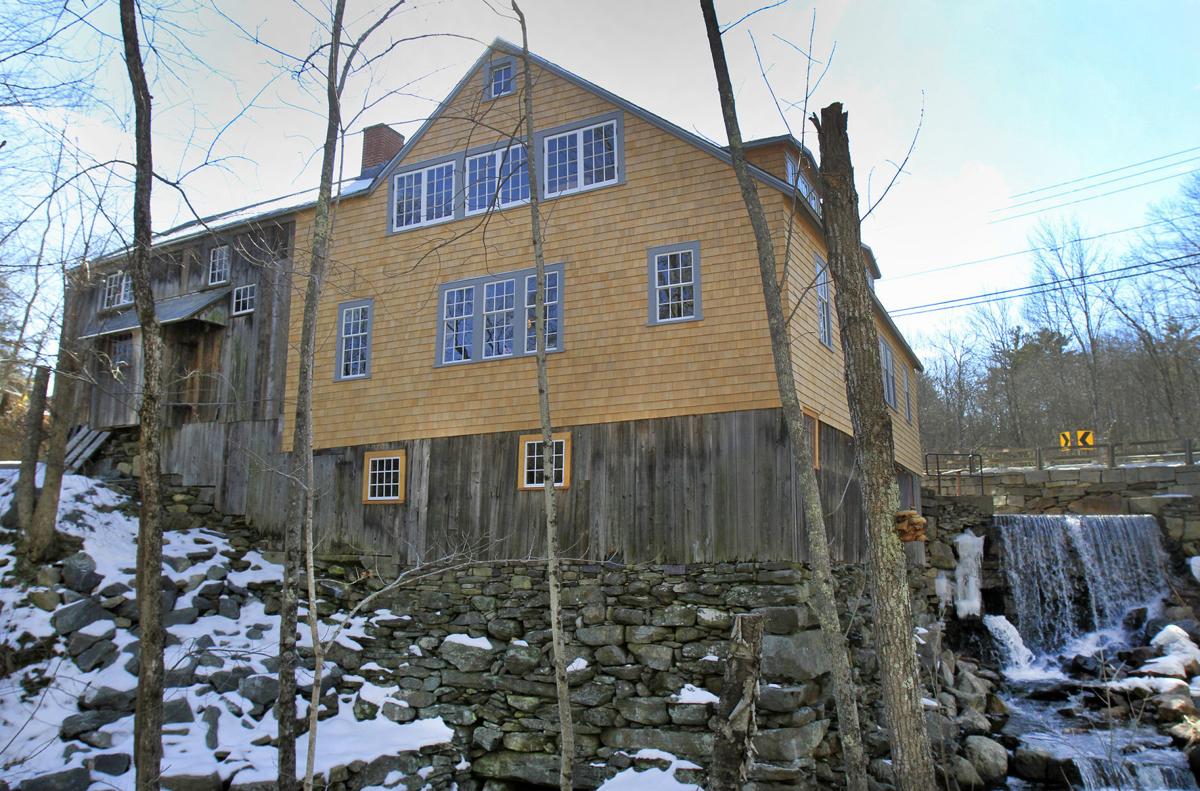 The rear of Chase's Mill in Alstead. 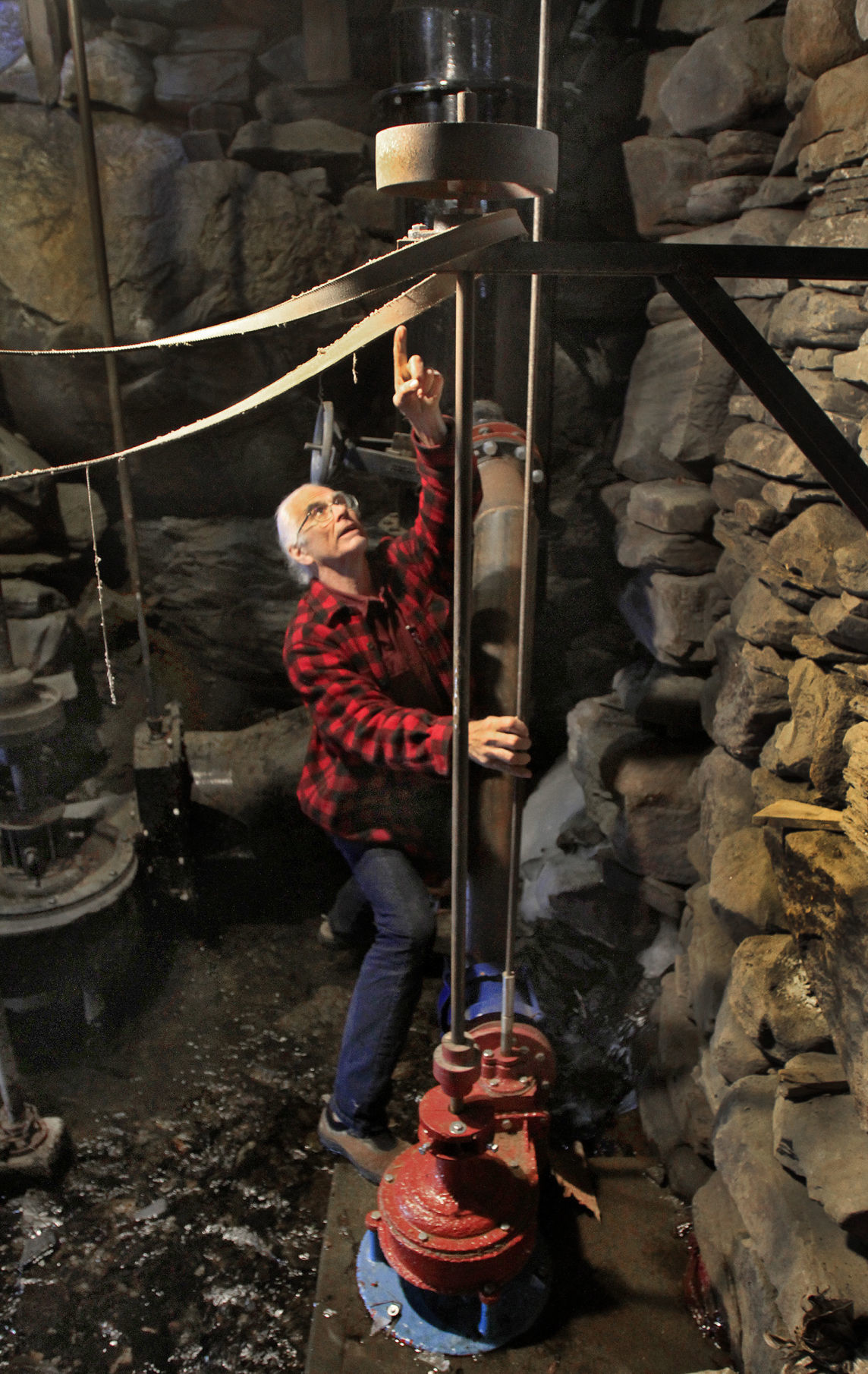 Robert Brown of Alstead is a member of the Mill Hollow Heritage Association, a “lover of the mill” and the mill owner representative. Here, he points out the mechanical workings of the mill with a new turbine at his feet. 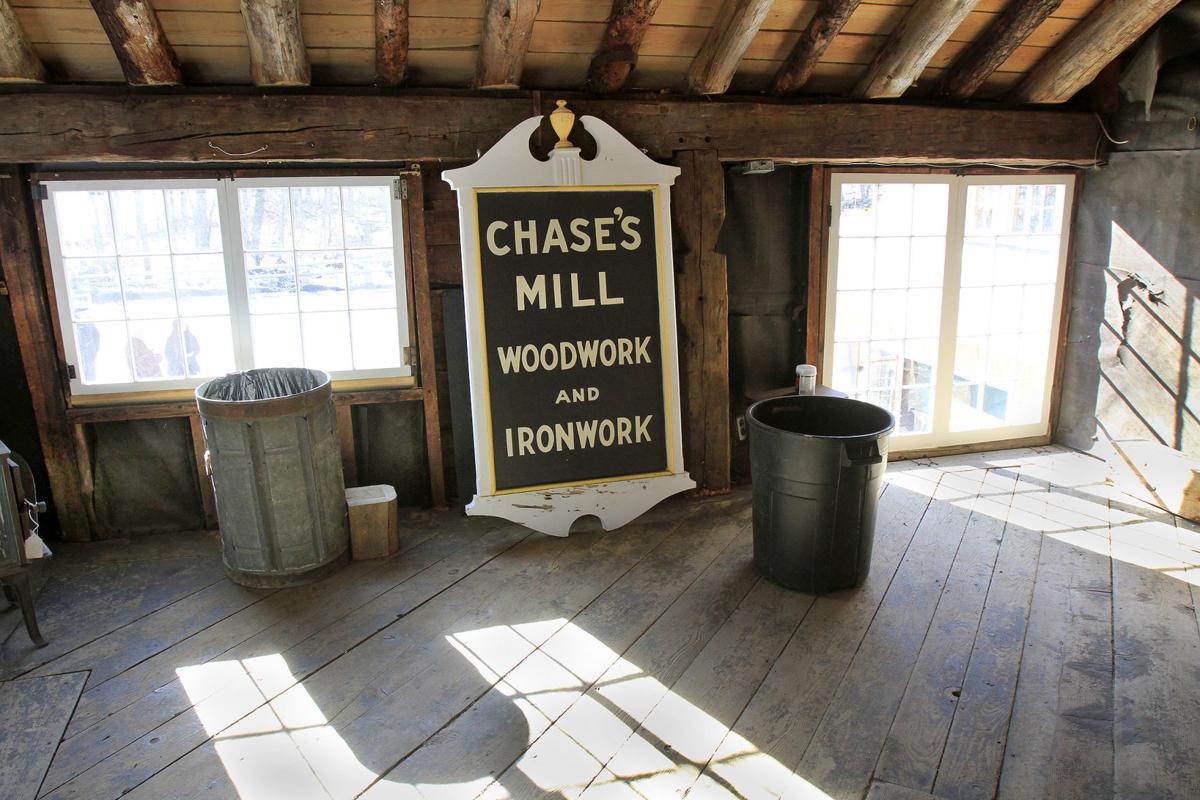 The exterior sign for Chase's Mill in Alstead is indoors for the time being.

The rear of Chase's Mill in Alstead.

Robert Brown of Alstead is a member of the Mill Hollow Heritage Association, a “lover of the mill” and the mill owner representative. Here, he points out the mechanical workings of the mill with a new turbine at his feet.

The exterior sign for Chase's Mill in Alstead is indoors for the time being.

ALSTEAD — With the help of local donors, the Mill Hollow Heritage Association is breathing life back into what “used to be the heartbeat of the community,” the nonprofit group’s president said.

Chase’s Mill, which sits along Warren Brook on Pine Cliff Road, has been undergoing restoration since it was purchased by the association in October 2016. It is expected to be reopened to the public as a “working museum” in July, according to association President Sharon Spaulding.

“Most museums, you go into, and you can’t touch anything,” said Spaulding, a Utah resident who spends summers in Alstead. That won’t be the case for Chase’s Mill.

According to Spaulding, the museum will be designed for hands-on experiences for visitors, including interactive exhibits and classes.

Inside are two floors and a basement area that are still being reworked and reorganized. Most of the work so far has gone into replacing the face of the dam, the windows and the shingles — with Ingram Construction of Swanzey as the primary contractor.

In the basement are two working water turbines, but more needs to be done to the belting and their alignment before they can be used to power the building. The mill is one of only nine remaining water-powered woodworking mills left in New Hampshire.

The Mill Hollow association’s goal is to have an off-grid electrical system that operates parallel to the regular system, according to Robert Brown of Alstead, a member of the association’s board and owner representative for the project.

The first floor will feature interactive exhibits for visitors and students to get a sense of how hydropower works, along with other mechanical functions of the mill.

The upstairs will be used for gatherings such as creative writing workshops, poetry groups and book talks. The association’s board also wants to put together woodworking classes to be held downstairs, Spaulding said.

Brown used to come to the mill with his siblings when he was a kid. “It was heaven for us,” he said of the opportunity he had to learn and explore.

The goal, Brown said, is to give kids in the community a similar chance.

“It’s a way to honor the creativity and inventiveness of the early people who built these facilities because they had a running stream,” said Brown, “and from a running stream and some other features they were able to build communities around them.”

It’s slated to be open seasonally, from May to October.

Chase’s Mill was built 1767 by Timothy Delano. By the 19th century, it was one of five mills in the area, which gained the name “Mill Hollow.”

In 1910, a Massachusetts architect named William Hartley Dennett purchased the property and built a new mill in its place. And by 1919, Dennett had his mill up and running. It soon became a cultural center for Alstead and the surrounding communities, according to Spaulding.

Dennett’s stepson, Heman Chase, inherited the property after his death. Wanting to preserve the mill’s role in the community, Chase opened the mill for locals to take woodworking classes. But the mill fell into disrepair after Chase’s death in 1988.

Construction to repair the mill began in 2017, with the help of individual donors, the New Hampshire Charitable Foundation and the Putnam Foundation.