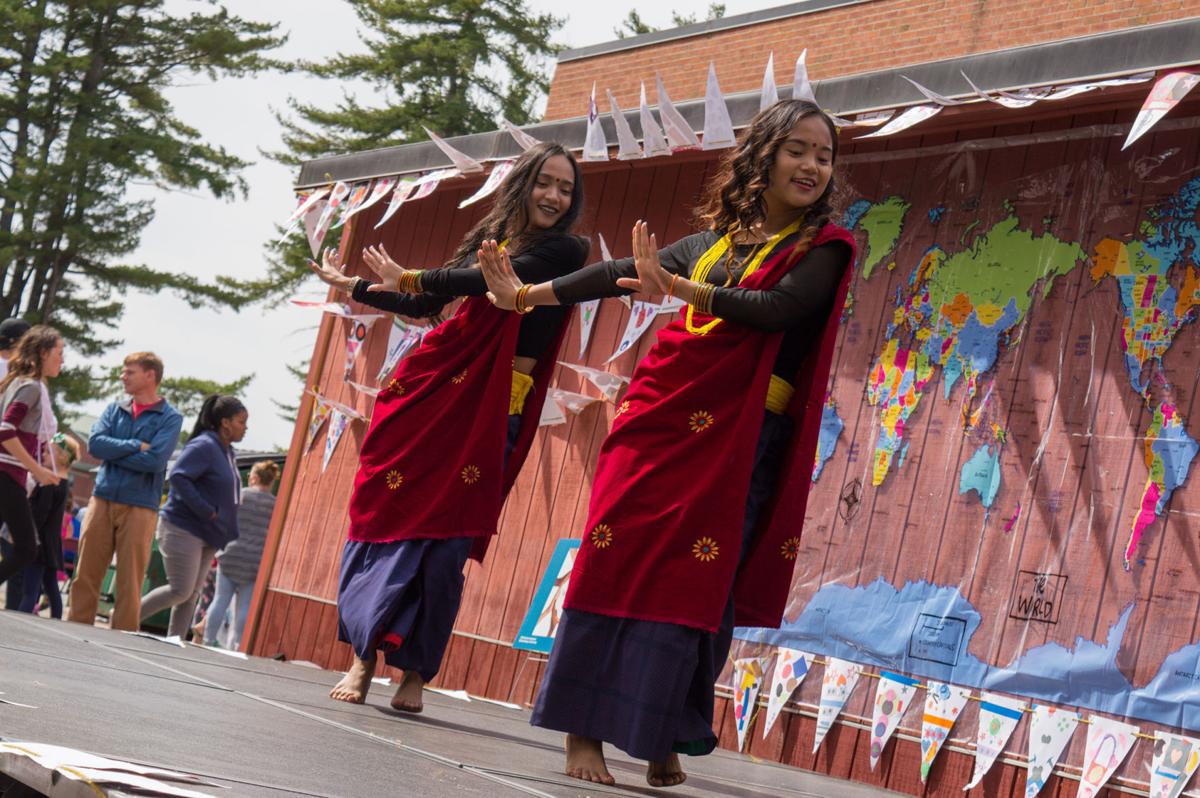 Asmita Mangar, left, and Kushma Monger dance to Nepalese/Bhutanese music at the Keene International Festival in September 2018. The 16-year-olds traveled from Lynn, Mass., to perform at the event. 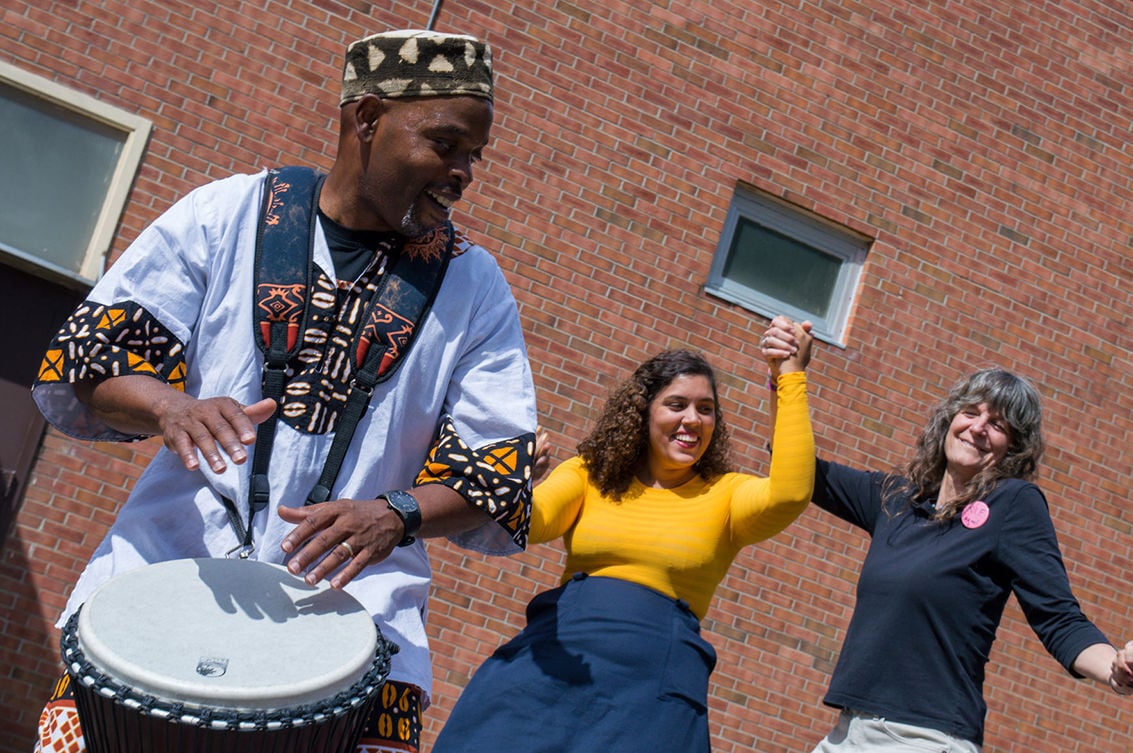 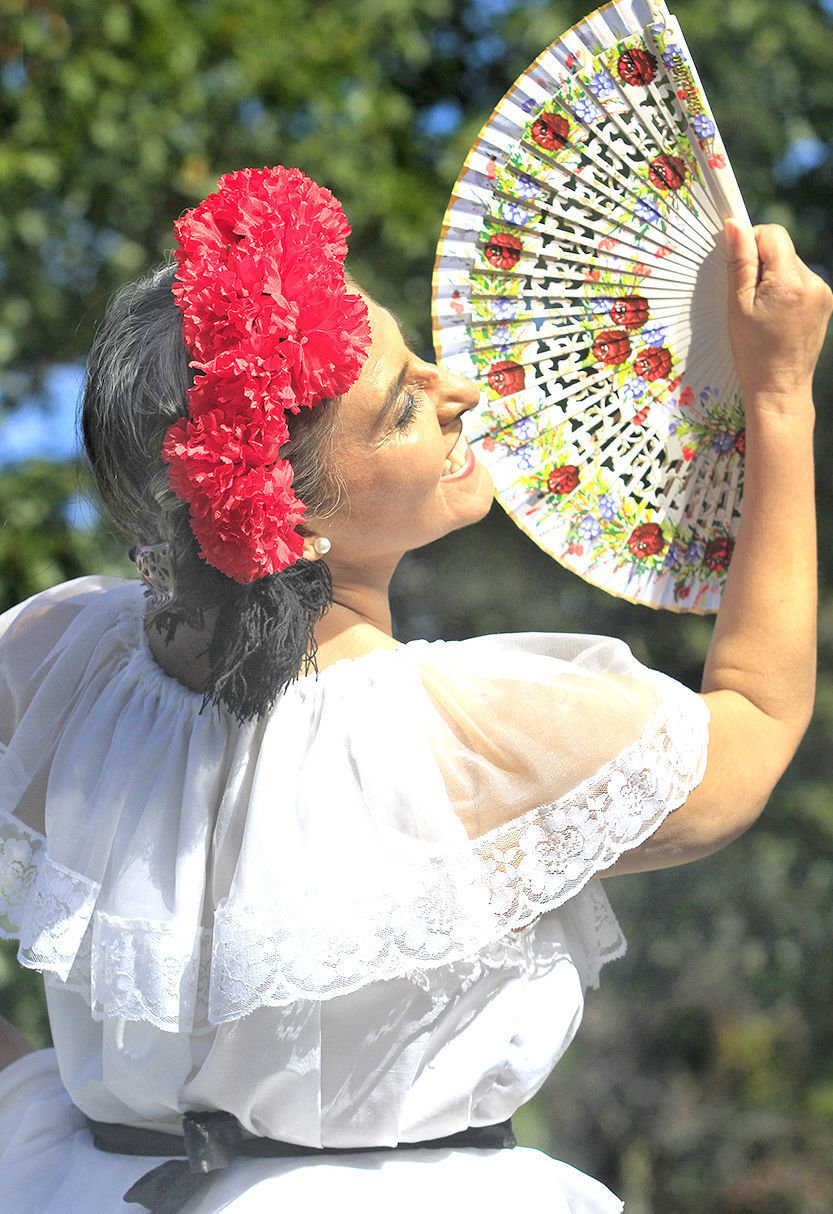 Patricia Pedroza Gonzalez of Keene dances a Veracruz-style dance at the Keene International Festival in September 2019. 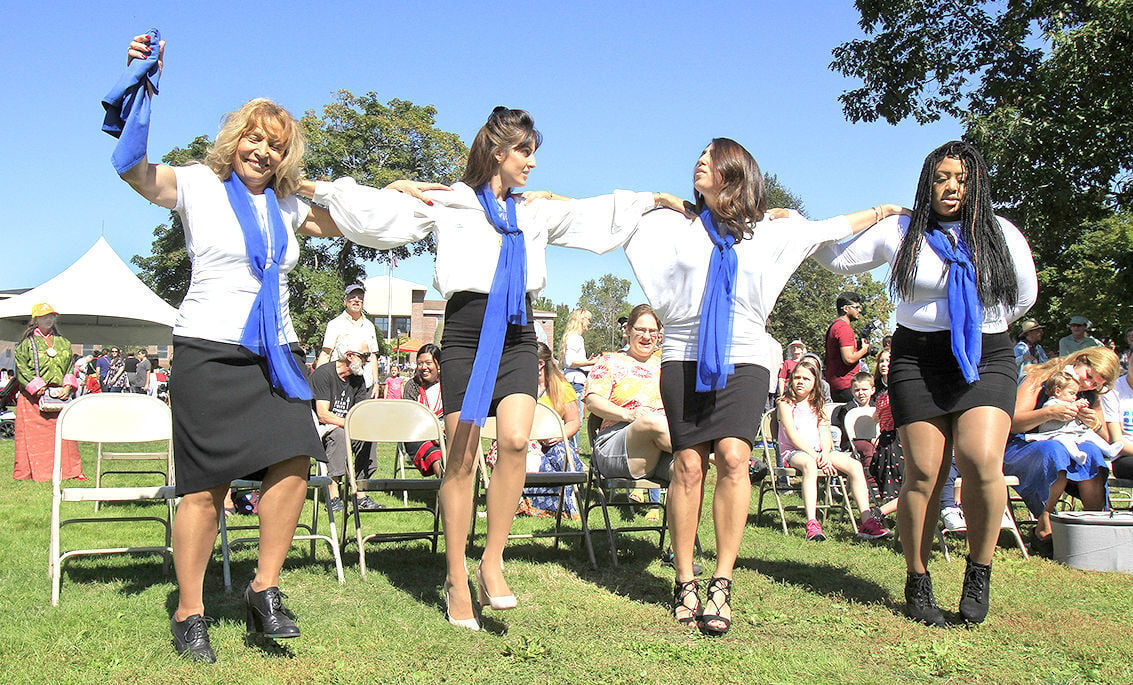 Asmita Mangar, left, and Kushma Monger dance to Nepalese/Bhutanese music at the Keene International Festival in September 2018. The 16-year-olds traveled from Lynn, Mass., to perform at the event.

Patricia Pedroza Gonzalez of Keene dances a Veracruz-style dance at the Keene International Festival in September 2019.

After a year of planning after its cancellation in 2020 due to COVID-19, the Keene International Festival is back.

The festival will be held Saturday at the Keene Recreation Center at 312 Washington St. from 11 a.m. to 3 p.m. A free and family-friendly event, the festival will feature a variety of activities and performances.

The festival was first organized in 2017 by a group of educators in collaboration with community organizations in the Monadnock Region. More than 500 people attended the first festival in 2018, and there were approximately 1,000 attendees in 2019. The festival committee is co-chaired by local educators Elizabeth Nieuwsma-Dell and Ritu Budakoti. Additional area partners such as the Keene Public Library, Keene Parks & Recreation and the Historical Society of Cheshire County have helped bring the festival to life.

Nieuwsma-Dell said that COVID-19, while providing its own set of challenges, hasn’t affected the festival as much as they thought it would.

“We haven’t had any concerns from our vendors or performers, and the event is completely outdoors this year, which helps a lot,” Nieuwsma-Dell said. “We’re following all local and state protocols, and we’ll have signage throughout the event reminding people of social distancing.”

This year’s festival will include more than 30 different musical and dance performances, artisans, games and crafts, according to a news release.

One of the festival’s main goals is to provide the opportunity for people to learn more than just the tip of what Nieuwsma-Dell calls “the cultural iceberg.”

“Often people only experience the tangible things when learning about a new culture: the activities, the food, the different performers. We’re hoping to provide a space for people to see what’s underneath by connecting with people from different cultures, hearing their values and stories.”

Attendees can also check out a global marketplace at the event, at which local artisans will be showcasing and selling their works. Some of the vendors will be selling goods such as Finnish bark handicrafts, Indian jewelry and fashions, Peruvian dolls and more. Attendees can participate in various activities and games, such as Japanese origami, mehendi, and rakhi amulet-making, among many more.

New this year is a demonstration of Silambatam, an ancient form of self-defense from India known to be one of the oldest forms of martial arts in the world. Other performances include the Jamaican band Dis-n-Dat, Nepali dancing from Nepalese students at Keene State College and Indian Bollywood dancing presented by the Keene India Association.

A core part of the festival is its variety of food vendors, and this year will feature local restaurants Yahso Jamaican Grille and Royal Spice. There will also be snacks and drinks from around the world thanks to the Keene International Market. Rounding out the cuisine available, The Finnish Mama will be providing a selection of Finnish baked goods, and St. George’s Greek Orthodox Church will be returning with homemade baklava.

The event is supported by the Savings Bank of Walpole and the Gallup Fund, with additional support by the Keene Human Rights Committee, Keene India Association, People’s Linen and the Main Street America Group.

More information is available at the Keene International Festival website or on its Facebook page, or by contacting KIF Marketing Coordinator Jennifer Carroll at 603-352-1895.

Colette Rinker can be reached at crinker@keenesentinel.com.