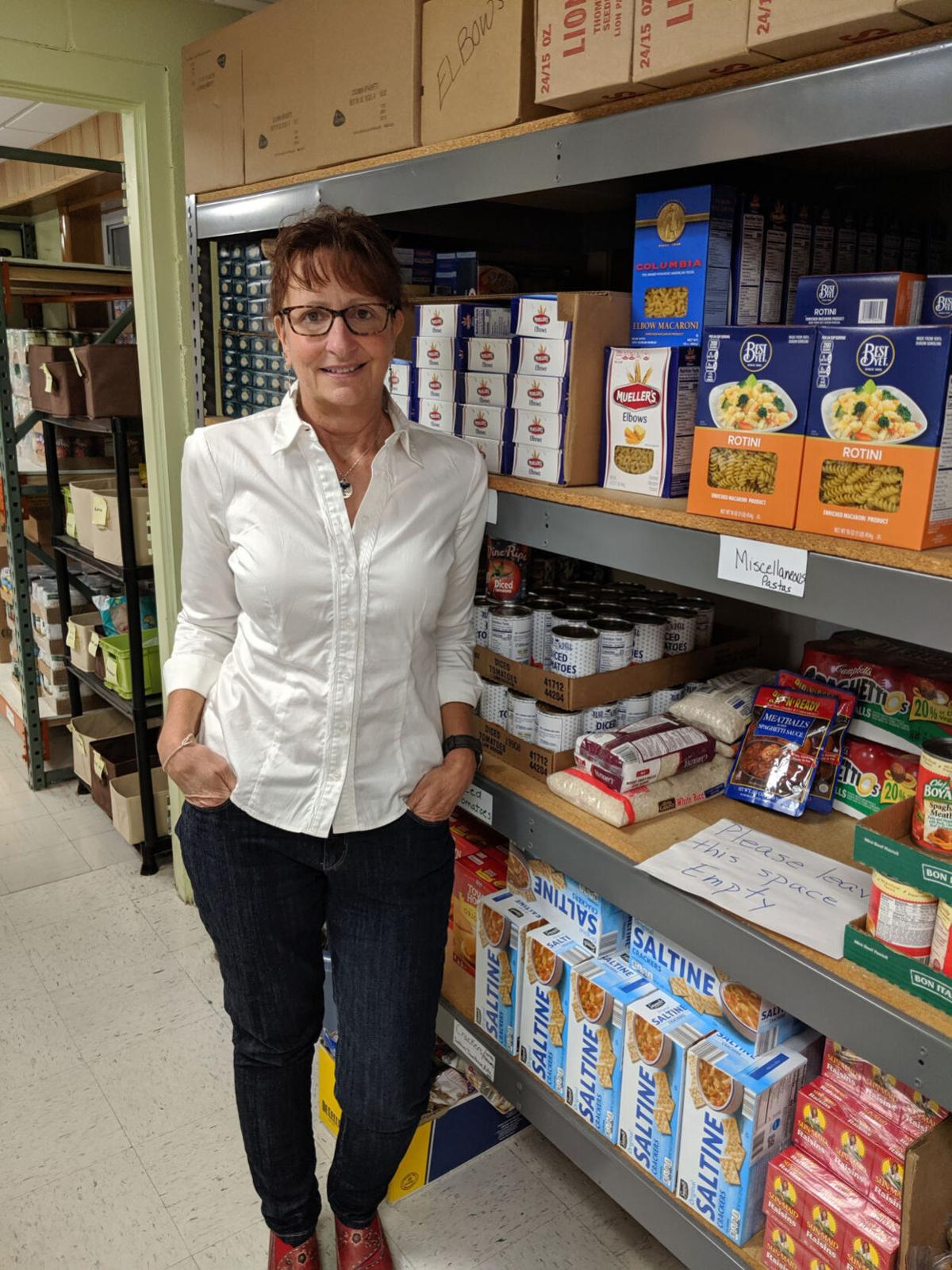 Lisa Migneault at the St. Vincent de Paul food pantry in Keene, where she volunteers. 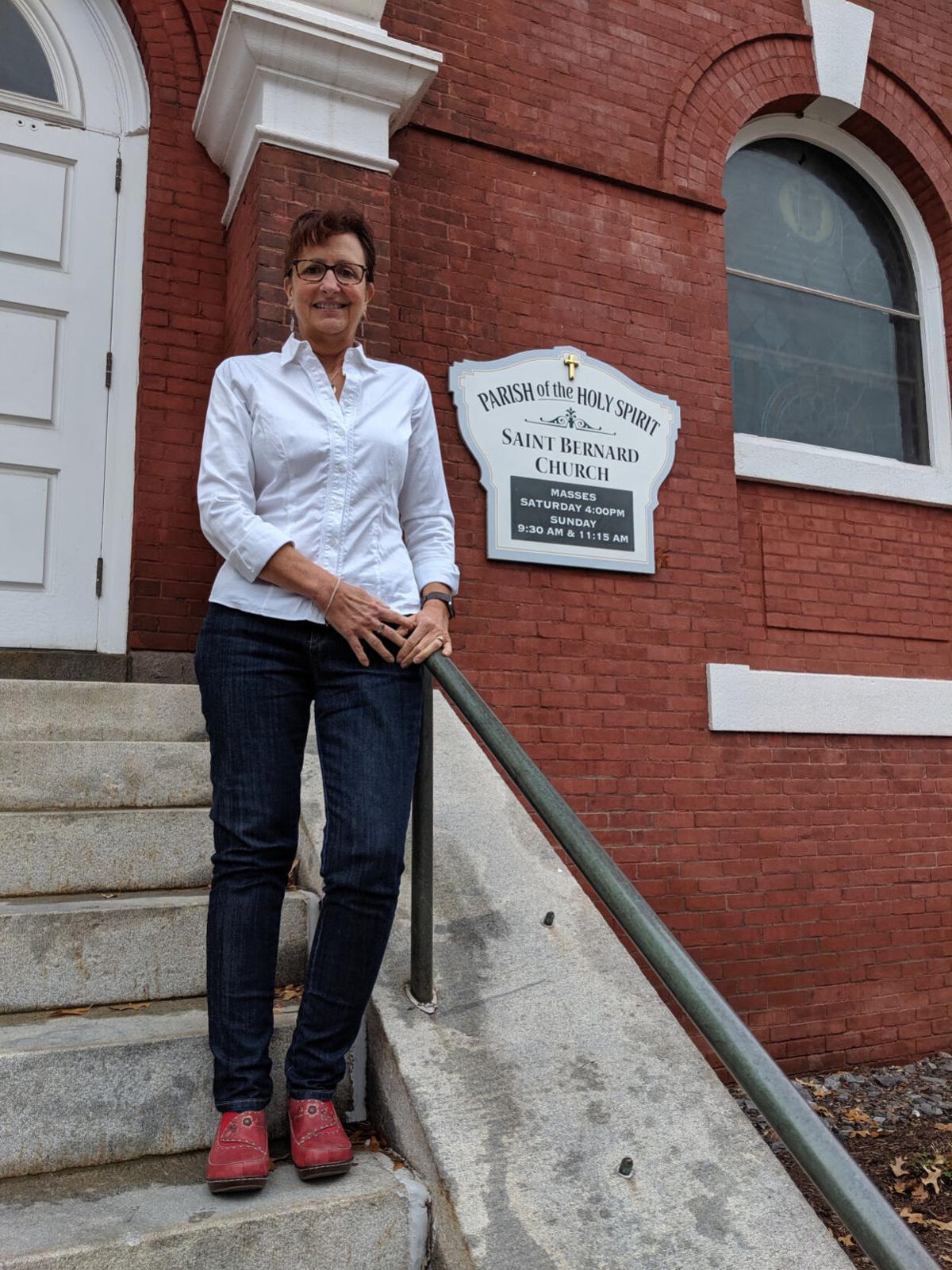 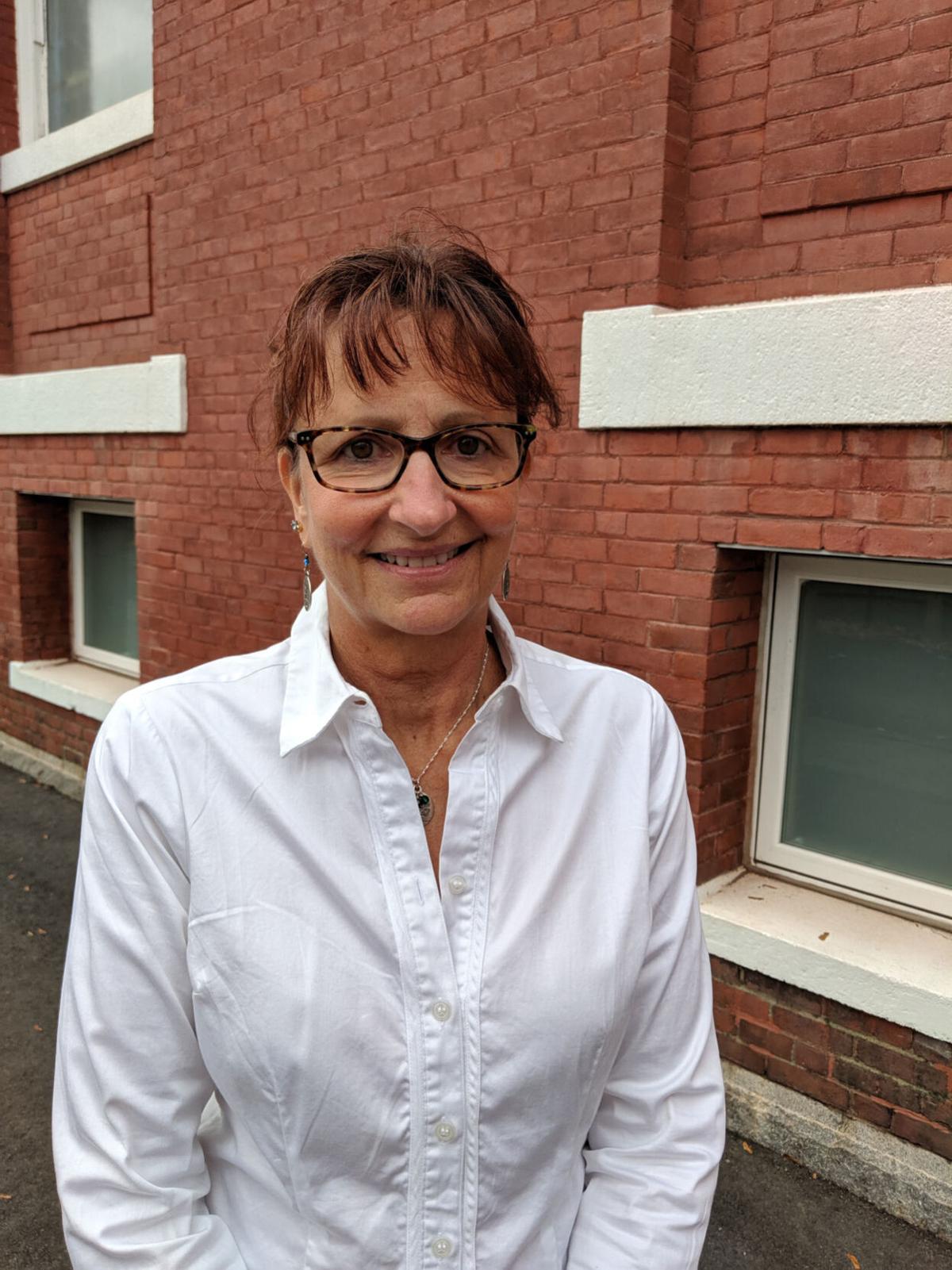 Lisa Migneault at the St. Vincent de Paul food pantry in Keene, where she volunteers.

Lisa Migneault is at the computer in the basement of St. Bernard Church in Keene, keeping track of the clients the St. Vincent de Paul Society food pantry serves and the inventory it carries.

She’s a precise person, and it shows in how she’s organized the pantry — a place for everything, everything in its place, her hand-written instructions posted on the shelves to help the other volunteers who work there Tuesday, Wednesday and Thursday evenings.

But you might expect that kind of attention to detail from someone who, with her husband, Tom Migneault, has owned and operated multiple businesses in the Keene area. In fact, she’s still working part time now for her daughter Brittany Migneault, who owns The Bread Shed on Krif Road in Keene, a growing regional company that produces and markets a variety of baked goods.

Migneault describes herself as a person who throws herself into her work and is passionate about what she feels is important. She’s arrived at a point where the challenges she’s faced — including a bout with cancer — have made her aware of the fragility of life and the importance of faith, and given her a determination to help others.

“At this time in my life, I feel it’s very important to give back to my community,” says the 59-year-old, who serves as the volunteer vice president of the local chapter of the St. Vincent de Paul Society, a Catholic organization started in 1833 to help impoverished people living in the slums of Paris, France. It now comprises a community of 800,000 “Vincentians” in 140 countries who serve those in need.

“Lisa is so passionate about helping others,” says Liz Sayre, president of St. Vincent de Paul in Keene. “She is an incredibly hard worker and has brought such organization to the pantry.”

Among her other volunteer activities, Migneault participates on the Bereavement Committee of the Parish of the Holy Spirit, of which St. Bernard is part, offering support for those who have lost loved ones. And she’s a member of the Keene Elm City Rotary Club, having volunteered this March for its home-building program in El Salvador. In addition, she’s a member of 100+ Women Who Care in Cheshire County, an organization that pools money from its membership four times a year to distribute to local nonprofits.

“I’m at that stage where I’ll take advantage of every opportunity that comes my way,” she says. “My priorities are my church, my family and my friends.”

Her story begins in Barre, Vt., as one of three daughters of Lawrence and Janice Abbiati. The family descends from Italian stone cutters and artisans brought over to this country to produce beautiful statuary from rock carved out of the giant granite quarries nearby. Her father died in 2013, and her mother moved to an assisted-living facility in Vermont, coincidentally, the day before COVID-19 forced the prohibition of visitors to such homes in mid-March.

“She feels like a prisoner,” Migneault says. “It’s been a month and a half since I’ve last seen her.”

Migneault graduated from Spaulding High School in Barre and then earned an associate’s degree in medical management from Claremont Voc-Tech in New Hampshire, now part of the River Valley Community College system.

While working her first job at a doctor’s office in Vermont, she met her husband, who is from Nashua.

“I always tell people we met in church, but we met in a bar in Ludlow [Vt.],” she says, laughing. “I never would have given my phone number out to a guy, but there was something about him that was different, special.”

They were married in 1983 and have two daughters: Erika Migneault, a nurse at Home Healthcare, Hospice and Community Services in Keene, and Brittany, the owner of The Bread Shed.

After getting married, Lisa and Tom lived in Newport for a year, then moved to Keene when Tom joined the police department, where he worked as a patrolman for six years while Lisa worked at a doctor’s office in Peterborough.

During this time, while both kept their regular jobs, they started their first business, one of several they’ve had over the years. “I remember we got a loan for $1,600 from Connecticut River Bank for a machine that painted lines on streets,” she says.

During their off hours, the two worked the line-painting business. When her husband left the police department, the couple started another firm, providing trash pick-up in the Keene area. She quit her job in Peterborough to become the company’s bookkeeper and personnel manager.

They eventually sold the trash company and started a regional office for Zee Medical, a national distributor of first-aid and emergency-care equipment for companies. They ended up selling that operation as well but bought it back later, expanding its territory in New England.

They sold the business again and started Ready 4 Kits of Keene, which sells first-aid supplies and specialized advertising products. They then sold that company in 2011; five years later, Tom and a partner, Paul Dubois, started Safety Made, which is located on Forge Street in Keene.

“Tom’s been the driving force, and we work very well together,” Lisa says, with Tom tending to sales and growth, and her dealing with financial and personnel matters.

In 2013, at age 53, Migneault’s life took a sudden sharp turn when she was diagnosed with breast cancer.

“I had a routine mammogram and got the letter back saying everything was fine; they’d found nothing,” she says. A few days later, “I got a call asking me to come in for a sonogram. I told them I got the letter saying I was fine. They said they saw something.”

She went in for the sonogram “but figured that they must have gotten the results mixed up with someone else.”

A day later she got a call from a physician’s assistant telling her the exam results pointed to a diagnosis of cancer in two lumps in her left breast.

“I remember everything about that day, about that call. I was in my bedroom and I almost passed out.”

She called her husband, who came home immediately.

They didn’t waste any time and traveled to Dartmouth-Hitchcock in Lebanon, where additional tests found not two lumps, but five, all cancerous, and of a rare type seen in only 5 percent of breast cancer patients.

Three weeks after that news she was in surgery, where she elected to have a double mastectomy. That was followed by a full year of chemotherapy, 18 separate treatments, one every three weeks.

“It was awful,” she says, but she continued to work as much as her body would allow, helping her daughter build her baking business. The cumulative effects of the chemo treatments ravaged her body. The nadir occurred while she and her husband were driving to a brief getaway on Cape Cod.

“He turned to me and touched my hair and it came out in his hand,” she says. “That was the worst. It was day to day, one foot in front of another.”

Her thoughts fixated on her own demise.

“I thought that I wasn’t going to make it, and so many times I agonized over what would happen to my family.”

Although Migneault says that she’d always had faith in God, her trials supercharged it.

“I prayed so much. My mantra was, ‘God, give me strength.’ My faith got me through. The power of prayer is unbelievable. It gave me a sense of inner peace, that what would be, would be.

“Tom was fantastic. He went with me to all of my treatments. I had so much support from friends and family and the people at St. Vincent de Paul.” She also characterized her treatment at Dartmouth-Hitchcock in Lebanon as outstanding. “I can’t say enough good about them.”

Eventually she punched through the suffering, and was cancer-free. “But it took five years after the chemo for my body to fully recover,” she says.

She is still undergoing a long-term, multi-year regimen of hormone therapy to help prevent the return of cancer, which carries its own side effects, such as hot flashes, joint pains and muscle aches.

“I’m always looking over my shoulder for cancer,” she says, “but I know I’m blessed every day. I’m alive. I’m here. Things like this change you forever.”

This article has been updated to correct information about the businesses the Migneaults have been involved in most recently.

At a glance: Lisa Migneault