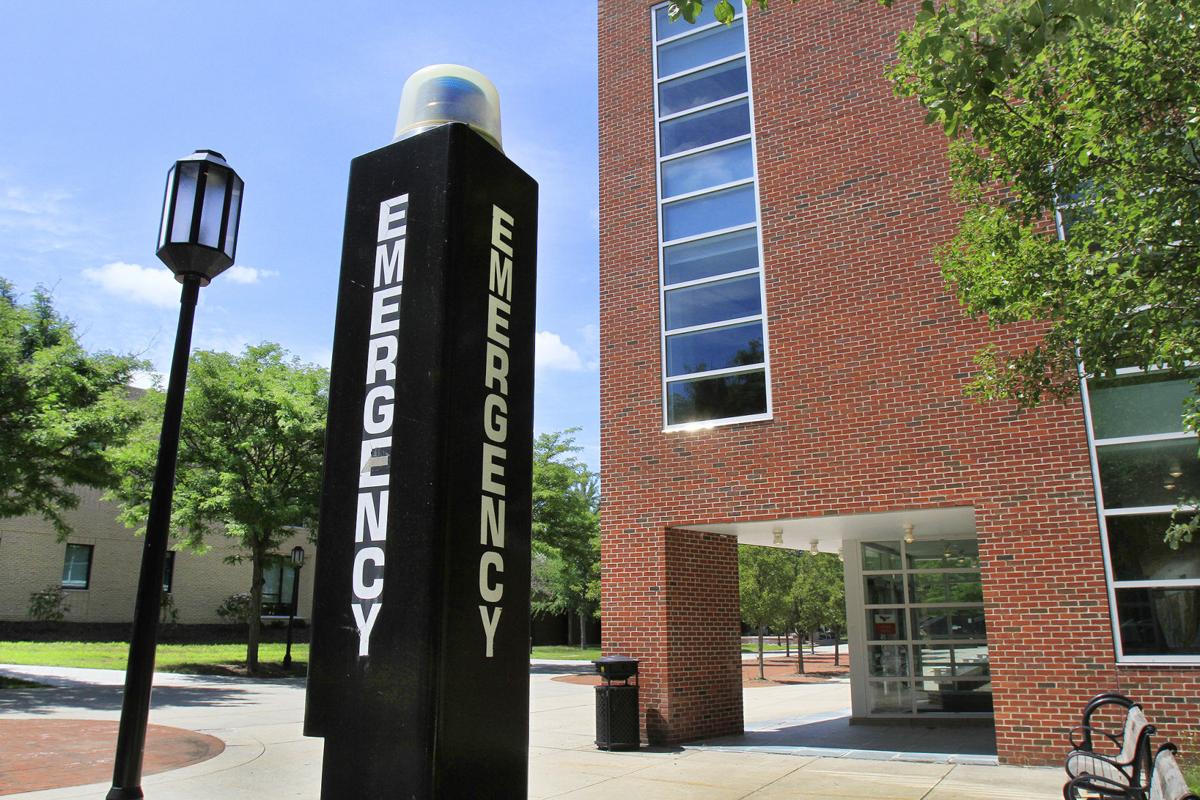 Keene State College has several emergency phones installed around campus, this one on Appian Way next to the science center, at right. 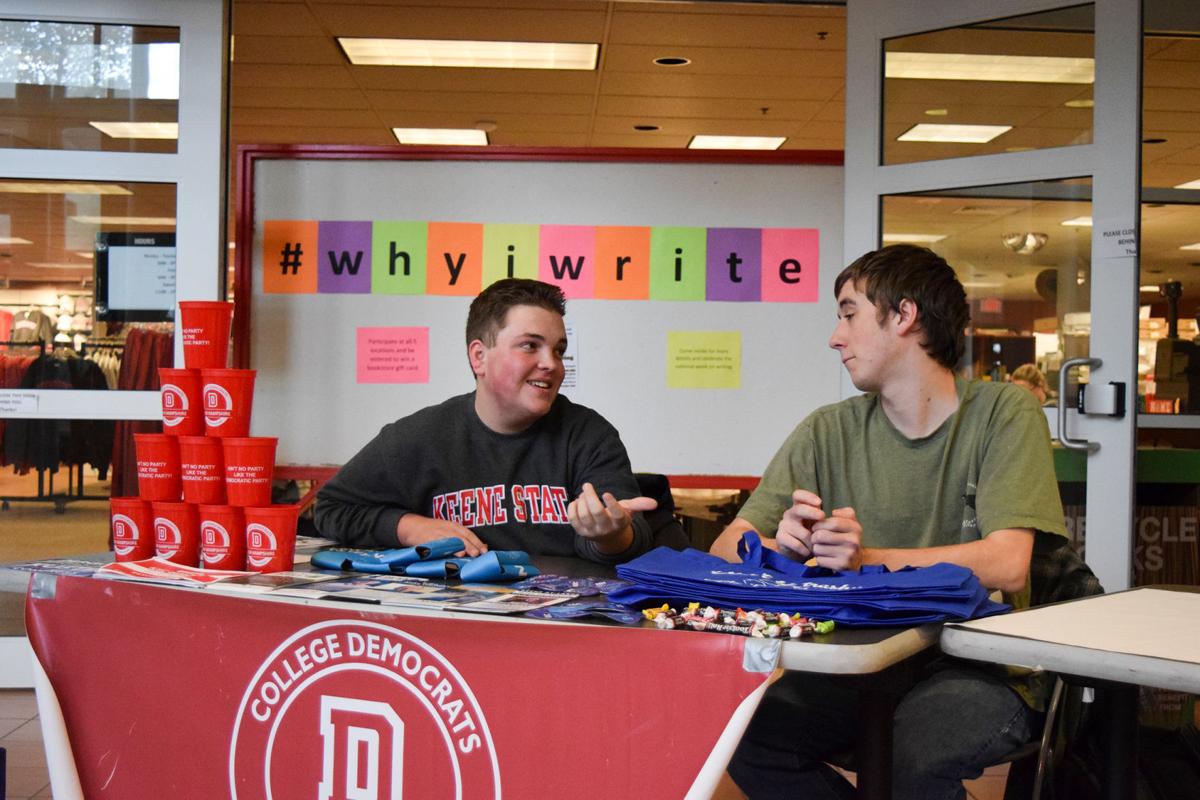 Davis Bernstein, now a rising senior at Keene State College, called legislators across New Hampshire, urging them to support House Bill 705. Bernstein is shown here in the student center on campus in October 2018.

Keene State College has several emergency phones installed around campus, this one on Appian Way next to the science center, at right.

Davis Bernstein, now a rising senior at Keene State College, called legislators across New Hampshire, urging them to support House Bill 705. Bernstein is shown here in the student center on campus in October 2018.

Before this week, New Hampshire was one of 30 states in the country with no law specifically addressing sexual violence on college campuses.

That changed Monday when Gov. Chris Sununu signed House Bill 705. The new law is the nation’s first student-written campus sexual assault legislation, according to the Every Voice Coalition, the Massachusetts-based group of students, young alumni and survivors of sexual violence that led the charge for the legislation.

Davis Bernstein, a rising senior at Keene State College, sits on the group’s New Hampshire steering committee. Over the past six months or so, the Northampton, Mass., native, who also serves as Keene State’s student body president, called legislators across the state, urging them to support the bill. He also recruited about two dozen of his Keene State peers to do the same.

“This is such a noble cause,” Bernstein said in a phone interview this week. “You can have differences between Democrats and Republicans about many issues, but sexual assault ... needs to be addressed by everyone, because it’s not a partisan issue whatsoever. I was really happy to join an organization that was going to make a difference with this. And since [Monday], we have.”

The bill passed both the House and Senate with strong bipartisan support, and proponents hailed it as a victory for the entire state.

More than one in five women, and one in 20 men, experience rape or sexual assault as college undergraduates, according to the Rape, Abuse & Incest National Network, the nation’s largest anti-sexual-violence organization.

Among other mandates, New Hampshire’s new law requires all colleges and universities in the state to develop comprehensive policies on sexual misconduct, provide free access to medical and legal support services for sexual assault survivors and implement educational programming to prevent sexual violence. Leaders at Keene State and Franklin Pierce University in Rindge say the schools already meet many of these requirements. But they added that the new law will put all colleges statewide on the same page, and generate greater collaboration to address and prevent sexual misconduct.

“Keene State is, I think, very much in line with what this bill is requiring of institutions,” Deirdre Loftus, the college’s Title IX coordinator, said in a phone interview Friday. “But when you’re functioning within a state with institutions all around the state, I think what I’m looking forward to seeing is having a cohesive prevention and response model all across the state for institutions in New Hampshire.”

Loftus added that Keene State likely will make “a few very tiny additions” to the school’s existing sexual misconduct policy to bring it in line with the new law.

“I plan on adding some more information about forensic rape exams into our policy, and adding some more detail into our policies about reporting sexual misconduct to the police,” she said. “But those two things were already in the policy. I think that there will just be more added to them, after reading through this legislation.”

Franklin Pierce University’s policy may require some minor changes, too, spokeswoman Marissa Colcord said. The bigger change, she noted, will come from the new law’s mandate on gathering data on sexual misconduct on campus. The legislation calls for the creation of a statewide task force, which will develop questions for a campus climate survey, which New Hampshire colleges and universities will be required to conduct every other year.

“Here at FPU, we have conducted a biennial Sexual Assault Climate survey since 2017,” Colcord said in a recent email. “Moving forward, the survey questions will be recommended by a state-wide task force and we will need to submit a summary of findings to the state and also post them online.”

Keene State has done a Sexual Assault Beliefs and Experiences Survey every three years since 2015, and posted the results of the survey online, Loftus said. The college will now conduct the survey biannually, in accordance with the new law.

Under a federal law known as the Clery Act, all colleges and universities are already required to publish annual campus crime reports, including instances of sexual assault.

The data from the state-mandated surveys will play a crucial role in another key aspect of the new law: sexual assault prevention education.

“We need to focus on education to stop people from sexually assaulting anyone in the first place, instead of trying to pick up the pieces once it happens,” Bernstein, the Keene State student, said. “So I think it’s going to be important to note the specific statistics of specific campuses across the state, that we’ll be able to say, ‘Sexual assault was down on our campus, and we’re making a difference.’ And we will see where there needs to be a lot more work, where there needs to be bigger education campaigns.”

Keene State already requires all incoming freshmen to complete bystander intervention training, which teaches students how to spot signs of sexual misconduct and step in to stop it, Loftus said. Additional education and prevention programs are mandated for student leaders, like orientation volunteers and resident assistants, and college faculty and staff.

The new law, Loftus added, gives institutions a framework for how to execute these trainings, and hopefully will help schools statewide develop a strong, and standard, educational approach to sexual violence prevention.

“So, if it’s raising the bar for how institutions are preventing and responding to sexual misconduct, that means every institution will become on the same page with how we are serving our students, and therefore be working with each other on creating a model within New Hampshire that is forward-thinking, student-centric and in line with best practice recommendations in the field of violence prevention and response,” she said.

The Every Voice Coalition, which began in 2015, works to address campus sexual violence nationwide. The group has partnered with legislators to introduce bills similar to the New Hampshire law in Massachusetts, where the organization started, Connecticut, Hawaii and Illinois.