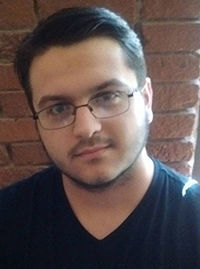 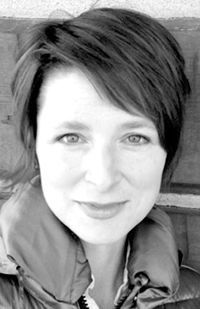 The Monadnock International Film Festival, which kicks off Thursday and runs through Sunday, will feature a host of film screenings, panel discussions, parties and more. Here is a look at some of the feature films in the lineup, as reviewed, in coordination with MONIFF, by documentary filmmaker Sabrina Ross Lee and Keene State graduate Matt Bilodeau. Check out coming editions of The Sentinel for more.

In “Waterboys,” a philandering crime fiction author and his distant cello-playing son travel to Scotland on a book tour. A vast moral and temperamental distance between father and son is brilliantly traversed in this film, and clever writing, along with the persistent beat of an irresistible Waterboys soundtrack, allows the story to blossom in surprising ways. The result is a remarkably endearing film that is at once funny and revealing.

Expertly acted by Leopold Witte (the father, Victor) and Tim Linde (his son, Zack), “Waterboys” uses the music of the band by the same name as a poetic and narrative backdrop for the story. Victor and his wife fell in love at a Waterboys concert so many years ago, and a journey to where the music was born provides a badly needed centering for both the main characters. Along the way, the father confronts the ways in which he has failed, while the son confronts how he has lived his life largely in fear of repeating his father’s errors. For years, these two have uncomfortably and silently circled one another from a safe distance, but now, confined together in spaces and situations that offer no exit, they are forced to repair what is repairable.

Still, the loveliness of “Waterboys” is its grace in exposing what cannot be repaired. The Dutch apparently are not bound by traditional Hollywood script standards, which require loose ends to be neatly tied up, and the film is comfortable leaving us with characters who are deep and charming but also flawed — characters with uncertain futures. Almost every moment of this beautifully shot and edited film feels well-placed, and “Waterboys” as a snapshot of the complicated parent-child odyssey is both fresh and relevant.

While a plethora of young resistance fighters makes their strong voices heard on current issues, Wade Rathke continues his pursuit to give a voice for the voiceless. In 1970, Wade Rathke founded ACORN (Association of Community Organizations for Reform Now), a community organization founded in Little Rock, Ark. Met with a great deal of scrutiny, ACORN tackled welfare, housing and basic human rights, providing an outlet for the people residing in ignored, poor communities.

As seen in the film, Wade is such a warm and approachable lead figure, so much so that the occupant of the first door he knocked on joined his cause immediately. His selfless actions for more than 30 years led to some truly incredible developments within the organization, notably the renovation of several damaged homes in New Orleans post-Katrina. Through the select use of archival footage, director Nick Taylor presents an admirable figure worth more than he could ever give.

While “The Organizer’s” filmic presentation is straightforward and familiar, its chronological presentation of ACORN’S rise and unfortunate, unexpected fall is wildly interesting. Through all the slander, ACORN persisted. Wade persisted. And even though ACORN no longer exists, Wade persists in his efforts as a crusader for the poor and underprivileged.

‘Lots of Kids, A Monkey and a Castle’

In the opening frames of “Lots of Kids, a Monkey and a Castle,” Julita Salmerón, mother of Spanish actor Gustavo Salmerón, is shown lying in bed, speaking nonchalantly about her death. She feels comfort with her own mortality. It’s distressing, no less for her son to hear, but her calm demeanor with such a subject brings a sigh of relief: laughter. The former nursery school teacher from a scrappy middle class family has a great sense of humor, leading to hilarious situations many children will instantly recognize in regard to casual conversations with their own folks.

“Lots of Kids, a Monkey and a Castle” refers to the hypothetical three wishes Julita would have chosen if given the chance. She never had to ask because, due to a sudden burst in wealth, she received them: six children, a pet monkey and, yes, even a sprawling castle, decorated with luscious paintings, shimmering chandeliers, stained glass art, etc. Gustavo, in his directing debut, makes sure to highlight nearly every inch of Julita’s decorative, yet noticeably cluttered treasure trove.

Aside from the amusing quest to locate the hidden vertebrae of Julita’s long passed grandmother, the conventionally shot “Lots of Kids” feels very loose in its structure, and it’s easy to see why, considering more than 400 hours was whittled down to a brisk 90 minutes. A significant shift in Julita’s narrative makes her development unexpectedly suspenseful, her lavish niceties on the line. Despite Julita’s reluctance to be a part of Gustavo’s intimate documentary, she makes for a loving, funny presence.

About the authors: Documentary filmmaker Sabrina Ross Lee of Keene created the award-winning Where You From about rap musicians in rural America and produced/co-directed the critically acclaimed film Not Yet Begun To Fight, about disabled vets who learn the art of fly-fishing that premiered on PBS in 2013. She continues to work in the documentary space, both developing her own projects and assisting other filmmakers.

Matt Bilodeau graduated from Keene State College in 2017, earning a bachelor’s in critical film studies. Over the course of his time at Keene State, he wrote more than 100 film reviews for the student newspaper, The Equinox. Since September 2016, he’s written monthly film columns for The Sentinel’s ELF magazine, discussing such subjects as David Lynch, “The Graduate” and “La Belle et la Bête.” Matt currently lives in Manchester.

The full MONIFF lineup, plus ticket information, is available at www.moniff.org/.

Monadnock International Film festival kicks off Thursday; a look at the lineup

The Monadnock International Film Festival, which kicks off tonight and runs through Sunday, will feature a host of film screenings, panel disc…