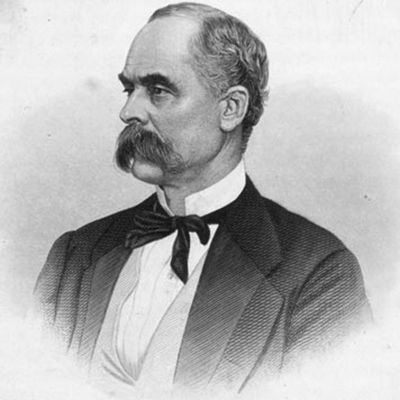 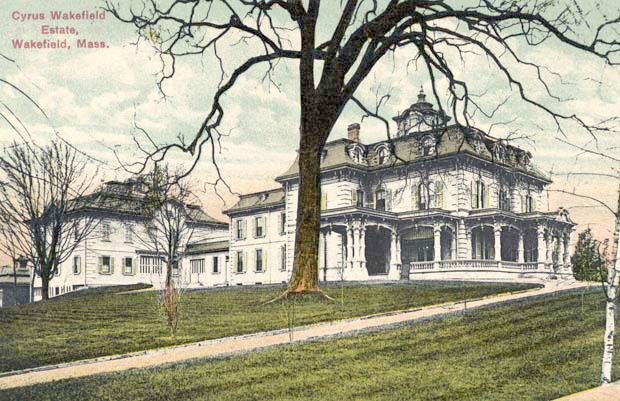 Cyrus Wakefield was born in what is now the town of Roxbury on Feb. 7, 1811. He was the third child of James and Hannah Hemenway Wakefield. Cyrus grew up on the family farm and walked 1½ miles to the local school when it was in session.

At age 15, Cyrus left home and went to Boston, declaring that he “would achieve success and make a name of which his friends would be proud.” Cyrus became a clerk in a grocery store upon his arrival in Boston. He bought and sold barrels in his spare time and soon saved $1,000 from this enterprise.

Cyrus used his savings to go into business for himself, and in 1838 he formed a grocery firm in Boston with his brother Enoch. Several years later, the Wakefields accidentally purchased some rattan that had been thrown from a ship as trash. They were able to sell the rattan at a profit to some chair makers who used it to make chairs seats.

This favorable purchase led to others, and Cyrus soon began a new business that bought and sold imported rattan. The company grew quickly, and Wakefield moved the firm to South Reading, Mass., where he expanded the operation. Wakefield was an early leader in the automation of splitting rattan, employing machinery to do the work previously done by hand.

He soon began the manufacture of finished rattan products, including baskets and skirt hoops. The company eventually made furniture, carpets and carriage bodies from the split rattan and developed uses for all of the rattan waste. The business was a success, eventually employing 1,000 people. The rattan works soon covered 10 acres, and Cyrus became wealthy.

In 1867, Cyrus gave the town of South Reading $100,000 for the construction of an impressive new town hall. As a result, in January of 1868, the townspeople of South Reading voted to change the name of their town to Wakefield, Mass., in honor of Cyrus Wakefield, the former farm boy from Roxbury.