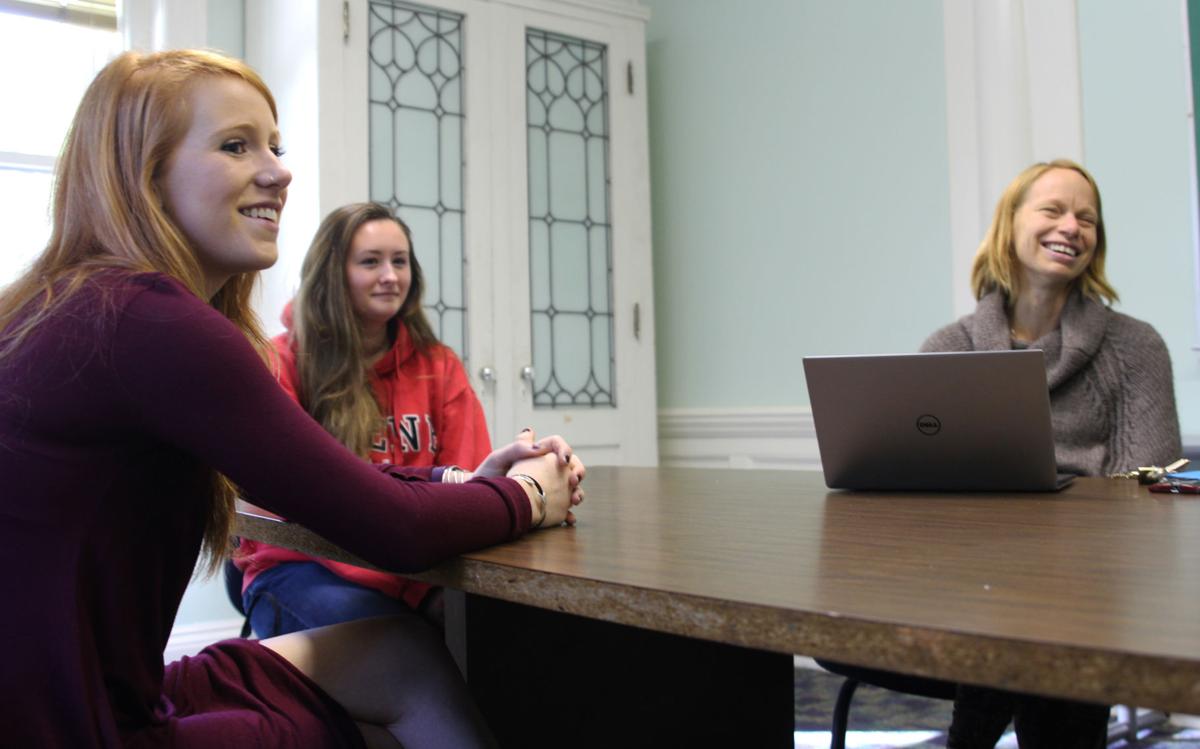 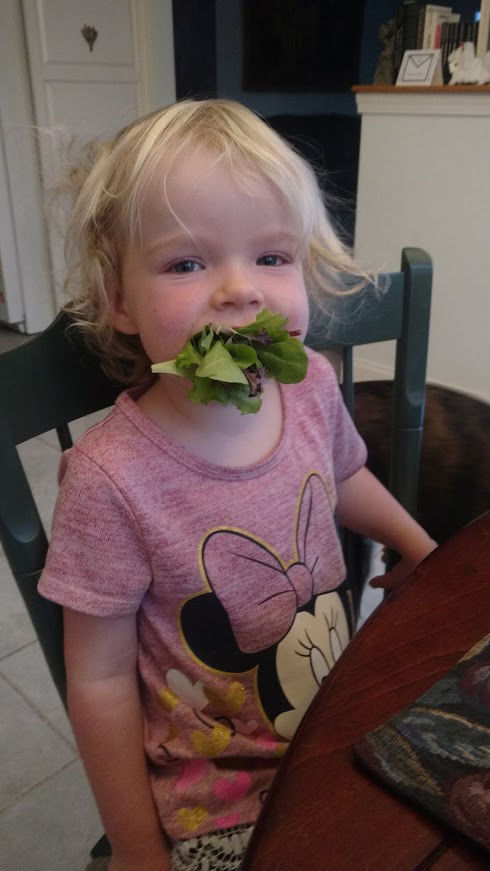 Ella Boyer pauses mid-mouthful of lettuce. Boyer, now 3½, has a rare allergic condition which makes her have severe reactions to many foods. Vegetables seem to be a safer bet — the first safe food her mother, Jeanelle Boyer, discovered was broccoli. 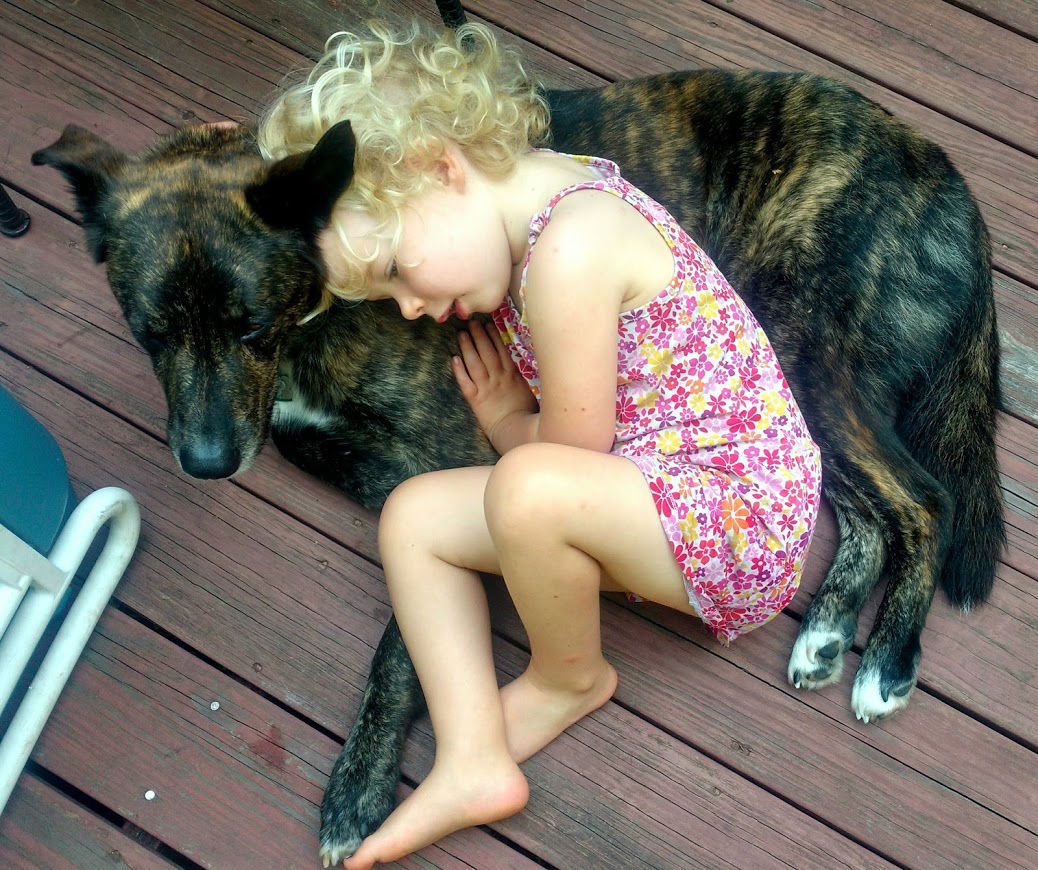 Ella Boyer pauses mid-mouthful of lettuce. Boyer, now 3½, has a rare allergic condition which makes her have severe reactions to many foods. Vegetables seem to be a safer bet — the first safe food her mother, Jeanelle Boyer, discovered was broccoli.

Jeanelle Boyer remembers how happy she was when her daughter was born in January 2014. Boyer had been in labor for about 38 hours before the doctors determined she needed a C-section. But when Ella was finally born, Boyer remembers how perfect her baby was.

“It really was this huge burst of love; it was so amazing,” Boyer said.

Ella was happy and healthy, and that was all that mattered, Boyer recalls thinking.

When Ella was 6 weeks old, she had an ear infection. And after she was treated with antibiotics, the infant developed strange new symptoms.

First came the rash that covered Ella “almost head to toe,” said Boyer, associate professor and researcher at Keene State College. Then came acid reflux so severe the doctors had to prescribe Ella medication to keep it in check.

“She just was uncomfortable — she had trouble sleeping,” said Boyer, who lives in Pepperell, Mass. “She was awake a lot. You could tell that her belly hurt. She had gas, she had diarrhea, and it would be full of mucus and occasionally blood.”

Boyer turned to science for answers: She scoured the medical literature for clues on her daughter’s condition. A microbiologist with a background in nutrition, Boyer suspected Ella had food allergies. She brought some of the medical articles she found to her daughter’s doctor’s appointments.

Ella was 9 months old by the time Boyer got a definitive answer. The infant was diagnosed with a rare condition, food protein-induced enterocolitis syndrome or FPIES, a type of food allergy affecting the intestines.

All food allergies are immune system reactions to some protein, such as the proteins in peanuts or cow’s milk. But unlike classic food allergy symptoms, which can include hives, difficulty breathing and anaphylaxis within minutes of consuming the allergen, FPIES symptoms develop two to three hours later, according to the FPIES Foundation. These symptoms can include severe vomiting, diarrhea, dehydration and changes to blood pressure and body temperature.

The condition didn’t receive a diagnostic code — a combination of numbers and letters that encodes a description of the disease and allows researchers and medical professionals to track its prevalence — until 2015, making it difficult to determine exactly how many babies have it. But recent studies by Israeli and Australian researchers determined that FPIES affects less than one percent of infants.

From onset to research

Boyer continued to look for ways to improve her daughter’s health. As a microbiologist, she knew the gut microbiome — bacteria population in the intestines — can have health implications. Some research, she knew, even links food allergies to the types of bacteria in people’s gut.

Boyer isn’t exactly sure when she thought about improving her daughter’s gut microbiome. But she knew antibiotics can kill off beneficial gut bacteria, allowing harmful bugs to grow. And Boyer started thinking: Was there a link between the antibiotics Ella took at 6 weeks old and her FPIES?

There were other questions, too. When Boyer was pregnant with Ella, she took antibiotics for Lyme disease. Knowing that infants get their microbiome from their mothers, Boyer suspected that there’s a link between maternal antibiotic intake during pregnancy and FPIES. And research indicates that babies get some of their microbiome when they pass through the birth canal during birth. Could Boyer’s C-section have played a role in Ella’s FPIES?

“I spent all of my time researching as much as I possibly could, to the point where I decided I was going to take this to the next level, write a grant, get funding and make this my work,” she said.

So in 2015, she got a couple of grants to get that research going, joining what she said is a small research community worldwide studying the condition.

A uBiome representative did not respond to interview requests from The Sentinel.

Boyer also asked parents of infants in both groups to fill out a questionnaire on factors such as maternal antibiotic intake during pregnancy, infant antibiotic use and more.

And she began looking for similarities and differences between the two groups, including the differences in their gut microbiomes. Research is still ongoing, but she found a link between antibiotic use, C-sections and FPIES.

“When you use antibiotics, you have a big impact on the microbiome. Could it be enough to cause allergic disease? I don’t know. We are looking at differences, and we definitely don’t have enough to figure out the cause, but I think it’s supporting my hypothesis at this point,” she said.

This month, she and some of the Keene State students who are helping with the research will present these findings at the American College of Asthma, Allergy and Immunology’s annual meeting in Boston.

Ella, she said, changed the trajectory of her research, giving her work “meaning and purpose.”

“I hate that anyone has to deal with FPIES, but I’m happy to have this opportunity to help if I can,” she said.

Out of the woods?

Ella is now 3½ and is doing much better. As an infant, she was mildly allergic to just about every food she tried and had a severe reaction to turkey meat. Boyer said she had to feed her daughter special hypoallergenic formula and introduce new foods to her one by one.

When Ella was 11 or 12 months old, she had her first safe food — broccoli. Boyer introduced similar vegetables to her with great success, then moved on to salmon and later beef.

Boyer said Ella has improved so much that Boyer is slowly reintroducing old trigger foods to see if Ella outgrew her allergies, as is sometimes the case with FPIES. Sometime this month, they will retry Ella’s biggest trigger food — turkey. In November, they might even try dairy products. If Ella tolerates these foods, her diet will expand. But then there’s a chance Ella will have a reaction.

“It’s exciting and a little terrifying all at the same time,” Boyer said.