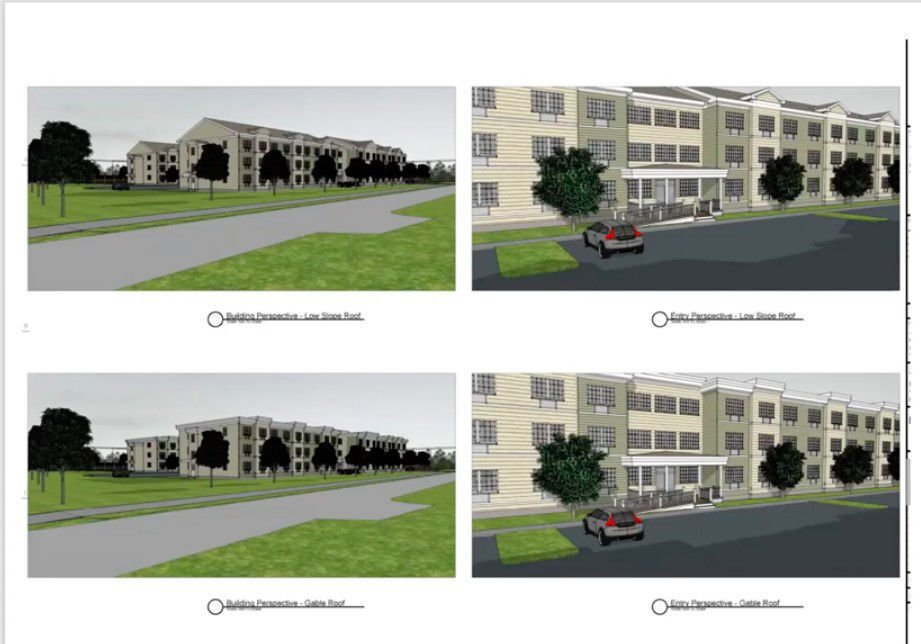 Avanru Development Group presented plans for an 84-unit apartment complex on Route 10 in Swanzey with pitched roofs (above) after local officials requested that design instead of flat roofs. 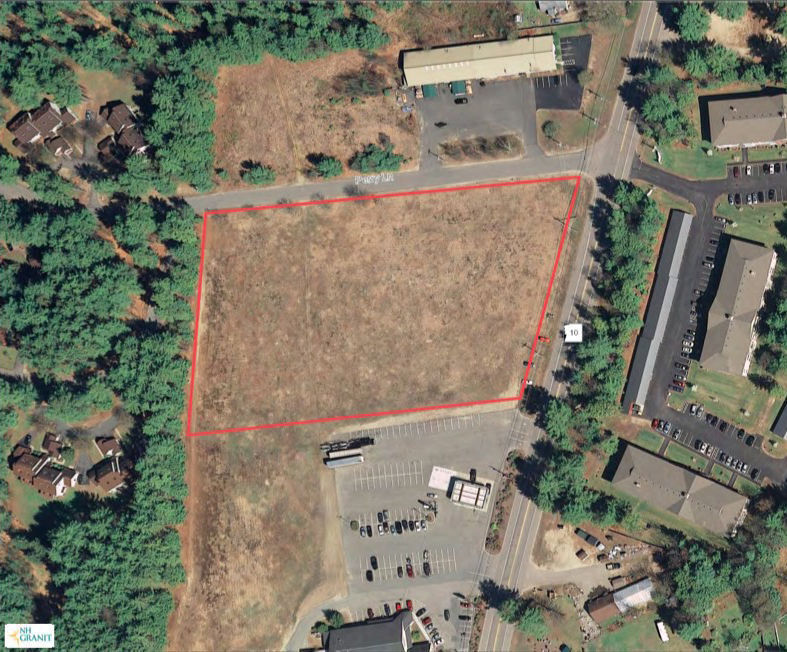 An 84-unit apartment complex planned for Swanzey would be at the intersection of Route 10 and Perry Lane, near Gomarlo’s Supermarket (seen at bottom).

Avanru Development Group presented plans for an 84-unit apartment complex on Route 10 in Swanzey with pitched roofs (above) after local officials requested that design instead of flat roofs.

An 84-unit apartment complex planned for Swanzey would be at the intersection of Route 10 and Perry Lane, near Gomarlo’s Supermarket (seen at bottom).

SWANZEY — Plans for an 84-unit apartment complex on Route 10 are “on standstill” due to local officials’ demand that the new buildings have sloped roofs, according to the developer.

Swanzey’s planning board approved the project — which calls for a pair of three-story buildings, each with 42 units rented at affordable rates, to be built on a vacant lot near Gomarlo’s Supermarket — at its May 27 meeting.

Board members voted 7-0 at that session, however, to require that the Walpole-based Avanru Development Group build the structures with sloped, also known as pitched, roofs. The company’s initial proposal for the apartments included flat roofs.

Planning board Vice Chairman Scott Self said at the May 27 meeting that many buildings near the Route 10 site, like the Princeton Properties apartments, have pitched roofs, and argued that planning officials have the authority to ensure any new development “fits in with the surrounding neighborhood.”

That change would add nearly $1 million in expenses for the development project, according to Avanru President and CEO Jack Franks, who said Tuesday it was already slated to cost $20 million.

Franks said the buildings’ initial design was based on plans from a different developer for a four-story apartment complex on Monadnock Highway that Swanzey officials approved last year. That project, which will have a flat roof, as proposed, was “never given the same level of scrutiny” as Avanru’s proposal, he said.

“There was never any discussion of the aesthetics,” he said.

“They’ve placed such an onerous burden on this development and really made it difficult to move forward from a financial perspective as a result of it,” he said.

Swanzey’s site-plan review rules allow officials to request architectural changes to ensure that development projects are “harmonious and compatible” with the surrounding area, according to the town’s director of planning and economic development, Matthew Bachler.

“We want to make sure that new development is done appropriately and is within the context of the neighborhood it’s going in,” he said.

Bachler said that after getting its plans approved by the planning board in May, Avanru would be able to start construction on the apartment complex once it files a building permit with the town. Swanzey is “ready to work with the developer,” he said, if the firm wants to proceed with the project.

Franks accused planning officials, however, of treating the Avanru development in a “disparate manner” from other residential projects because it would include affordable workforce housing — again contrasting it to the Monadnock Highway proposal, which is expected to have market-rate units.

“We have just been treated so poorly,” he said. “… It’s just shameful what’s going on.”

Bachler said Wednesday that while he “appreciates” Franks’ concerns, the planning board reviewed Avanru’s proposal with “a standard that’s applied to any development that comes into town.” He noted that board members voted unanimously to request that the buildings have pitched roofs.

“Sometimes to fit in and be an appropriately designed building, it may have some additional costs,” he said.

Avanru has also proposed a 76-unit apartment building, available to seniors at affordable rates, at 115 Old Homestead Highway (Route 32) in Swanzey, though that project has been mired in a legal battle for more than a year over the zoning board’s decision to deny it necessary approval. The N.H. Supreme Court has agreed to hear the case but had not yet issued a ruling as of Wednesday evening.