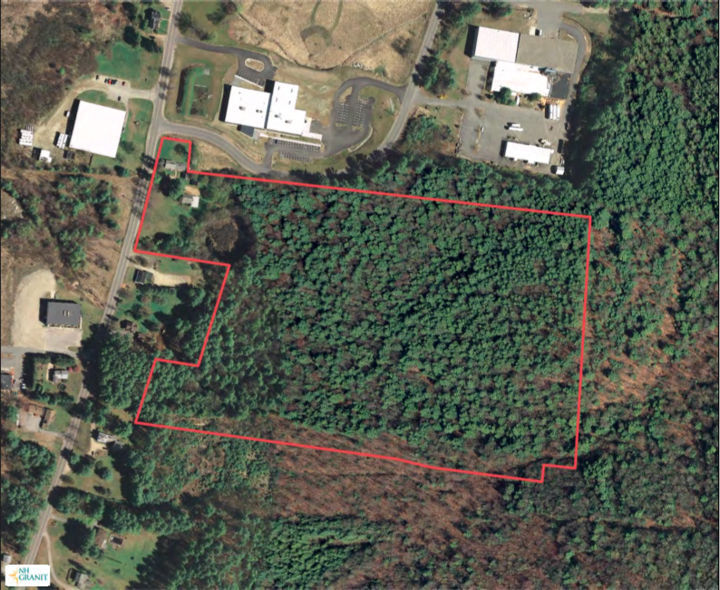 The Massachusetts-based developer John Flatley Co. is proposing a 208-unit development at the intersection of Old Homestead Highway (Route 32) and Safford Drive in North Swanzey. 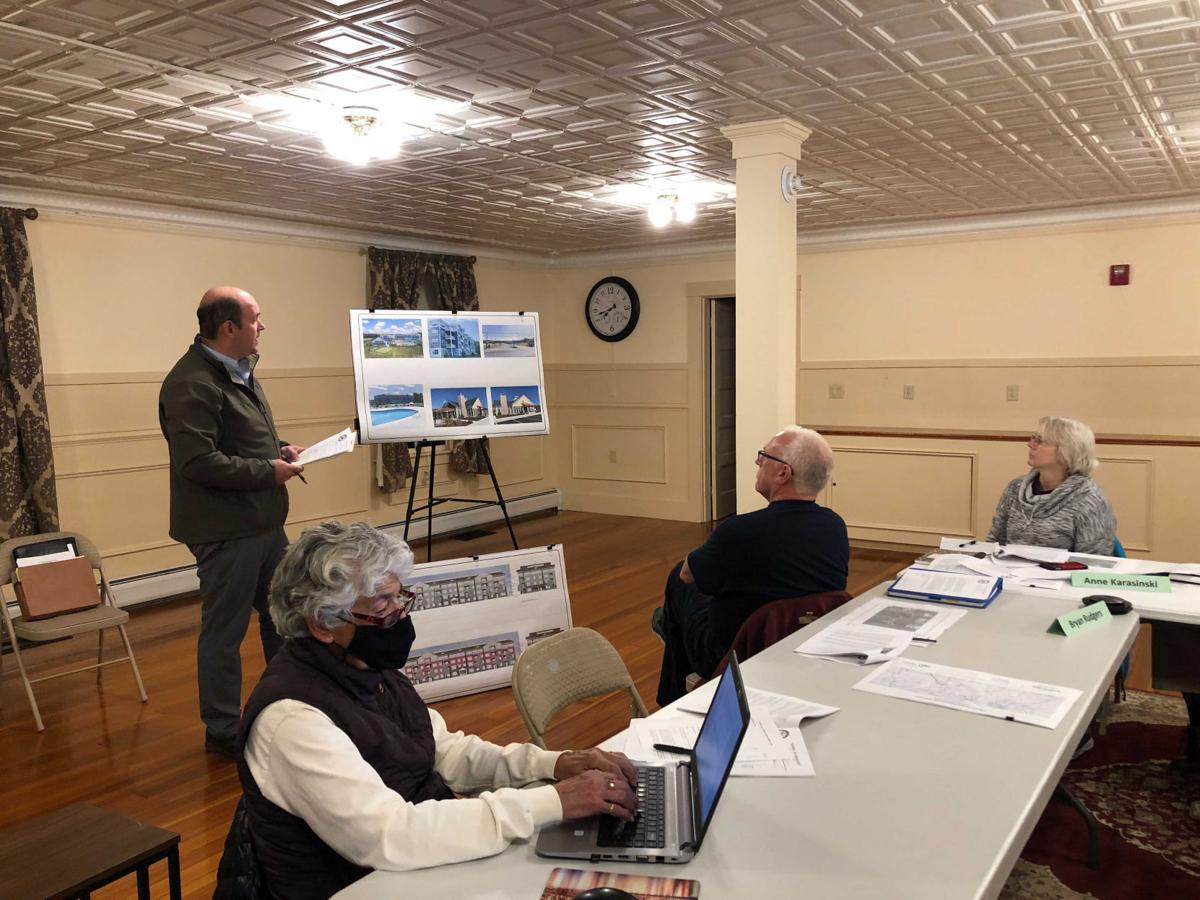 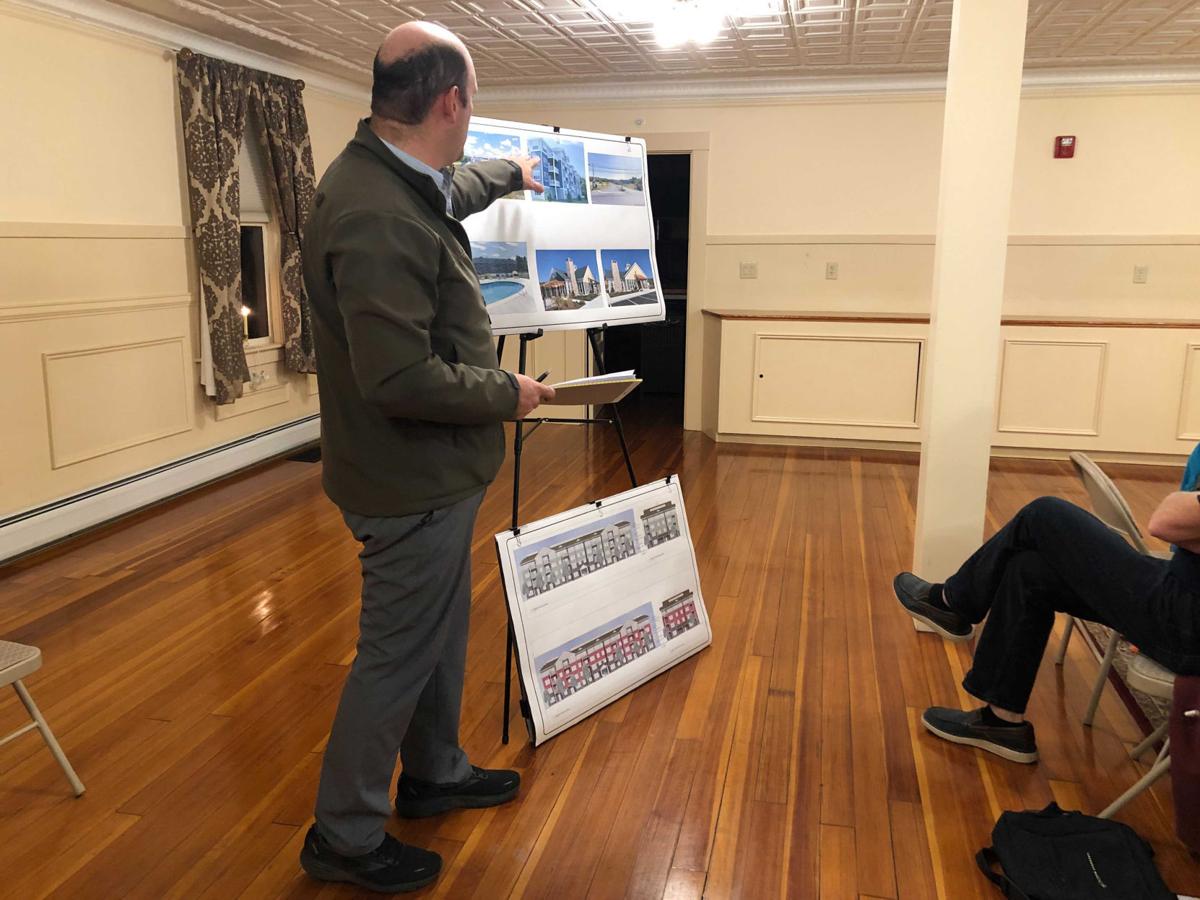 The Massachusetts-based developer John Flatley Co. is proposing a 208-unit development at the intersection of Old Homestead Highway (Route 32) and Safford Drive in North Swanzey.

NORTH SWANZEY — Town officials are considering another proposal for a large residential development, this one to include 208 apartments on Old Homestead Highway.

Residents are again pushing back.

Despite hearing concerns that the project — comprising four 52-unit buildings and a 5,000-square-foot industrial building at the Safford Drive intersection — could cause heavy traffic and sully rural features, Swanzey’s zoning board of adjustment voted Monday night to advance the proposal.

The development would replace a small multi-family home at 244 Old Homestead Highway (Route 32), according to Chad Branon, a civil engineer who introduced the project on behalf of the Canton, Mass.-based John Flatley Co. Zoning rules for the 24-acre site, part of the Safford Drive industrial park, do not allow multi-family dwellings and limit buildings to a height of 45 feet.

Those regulations required the John Flatley Co. to obtain a pair of variances from the zoning board, since each of the proposed buildings would be 54 feet tall.

Board members voted unanimously Monday to authorize a multi-family dwelling in the industrial park district and voted 4-1 to grant a variance for the roof height. Adam Mulhearn was the sole dissenting vote at the hearing, held in person at Whitcomb Hall and also broadcast remotely.

In his presentation to the board, Branon said the privately owned property has not attracted a buyer who would use it for a commercial venture, as town officials intended when they created the industrial park district in 2014, due to large wetland areas and varied topography at the site. The proposed industrial building on Old Homestead Highway would be “flex space,” he said, that could be shared by multiple businesses.

“We do think that’s it’s an appropriate use for the site, given the fact that this property has been marketed for a number of years and it’s been unsuccessful in finding an industrial user,” he said.

Branon told zoning officials that the John Flatley Co., which owns commercial and residential complexes in Massachusetts and New Hampshire, offers upscale living accommodations and in Swanzey would build an on-site pool. That development would boost the town’s tax base, he said, estimating that revenue from its residents would fund 10 percent of the current municipal budget.

Since the apartments would be split between one- and two-bedroom units, Branon added, they’re likely to attract young professionals rather than families, helping provide a workforce for local businesses and spur economic growth.

“We think a project like this has an ability to make Swanzey an attraction for these reasons,” he said. “… Housing is a recognized need across the state of New Hampshire.”

Swanzey economic development advisory committee Chairman JR Coughlin echoed that argument in a recent letter to the zoning board. Voicing support for the development project on behalf of that committee, Coughlin said the group has heard from many business owners that they struggle to hire employees, often due to a lack of available housing.

“Additional housing such as this proposal should bring more prospective workers for Swanzey’s businesses to the area,” he wrote.

Housing experts have said the region and the state need more housing, including affordable units, to help bring rental costs down. The state’s Council on Housing Stability has called for the creation of 13,500 new units by 2024.

While also advocating for more housing in Swanzey, a number of residents nonetheless pushed back on the Old Homestead Highway development Monday night.

Several said the mixed-use project would generate a substantial amount of traffic on the state highway, where a new access road would be built for the apartments. Paul Cully, who lives farther north on Old Homestead Highway, told zoning officials that exiting his driveway is already a “nightmare.”

“If we’re going to have 200 cohabitators half a mile down the road … I might never get out of my driveway again,” he said.

Public criticism over the project also included concerns from nearby residents that they would be able to see the new apartments or that their homes would be negatively affected. Explaining that she and her neighbors had flooding in their basements this past summer due to heavy rains, Beth Harrington said she’s worried the development would cause even more runoff in that area.

“I don’t understand how a development of this size and impact would not impact that,” she said. “… I’d like to keep Swanzey as a small country town. I think we all do. This is a beautiful place to live.”

Similar opposition held up at least two other recent development projects in Swanzey.

The zoning board denied a special exception for a 76-unit proposal at 115 Old Homestead Highway last year, after many nearby residents said the apartments would alter their neighborhood’s rural character. The N.H. Supreme Court is scheduled to consider that project next month after a lower court said the zoning board had ruled on it unlawfully.

The same developer, the Walpole-based Avanru Development Group, has also proposed 84 units of workforce housing on Route 10. That project drew similar concerns but was moving forward as of September, the company said.

After receiving the variances Monday, the John Flatley development still needs approval by Swanzey’s planning board. That review considers many more factors — such as traffic impact — than the limited criteria to grant a variance, zoning board member Bryan Rudgers told opponents of the project Monday night.

“It’s really unfortunate that the ZBA just can’t take those [concerns] under consideration because legally we’re not allowed to,” he said.