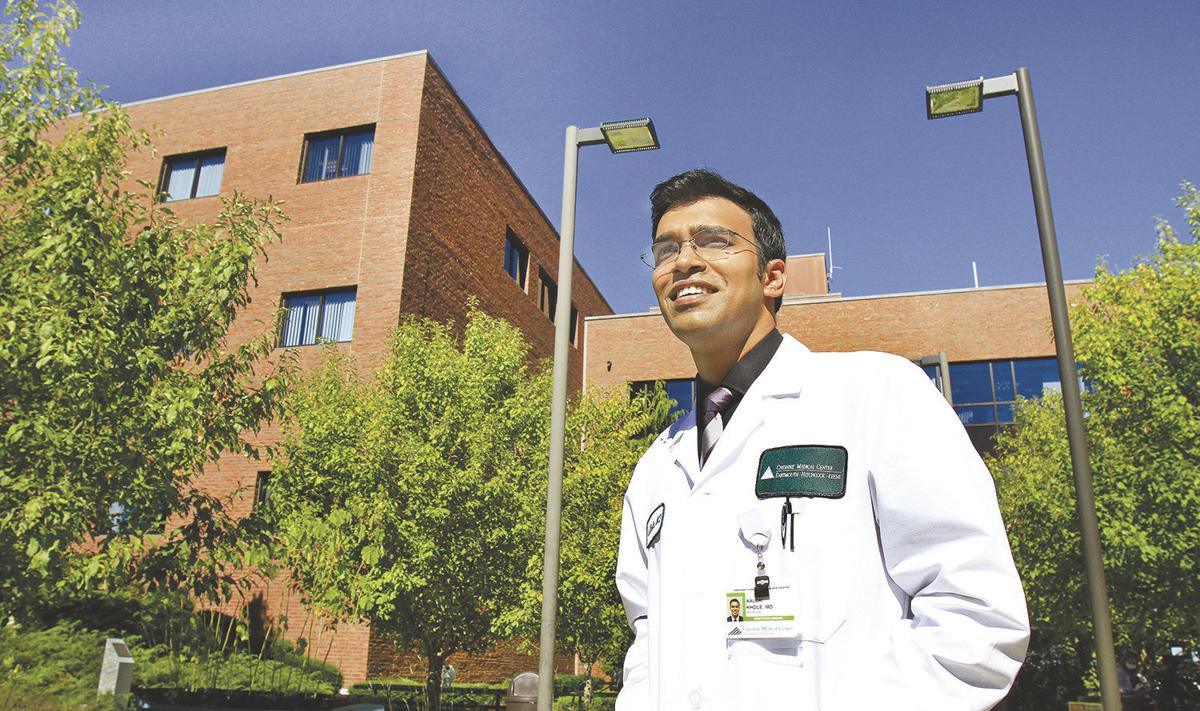 “No fellowship program can ever train you for a pandemic ... [and] you never really imagine a pandemic in the first year of your first job,” said Dr. Aalok Khole, 32, Cheshire Medical Center’s infectious disease physician. 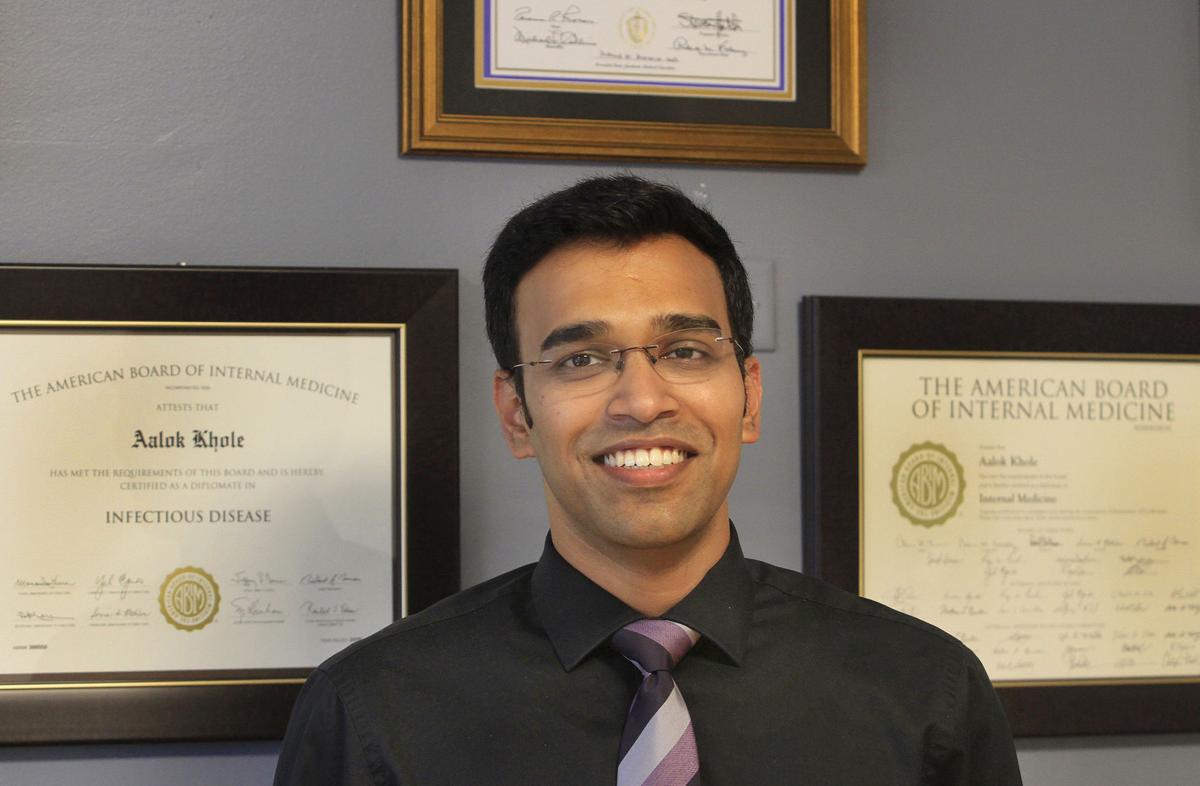 “No fellowship program can ever train you for a pandemic ... [and] you never really imagine a pandemic in the first year of your first job,” said Dr. Aalok Khole, 32, Cheshire Medical Center’s infectious disease physician.

When he accepted his first job in medicine last fall, Dr. Aalok Khole wasn’t sure what to expect. But he definitely didn’t anticipate being at the forefront of a worldwide pandemic just a few months later.

Khole, the sole infectious disease physician at Cheshire Medical Center in Keene, has been working practically around the clock since the start of the COVID-19 crisis as he tries to stay ahead of the viral disease.

“No fellowship program can ever train you for a pandemic ... [and] you never really imagine a pandemic in the first year of your first job,” said Khole, 32, of Keene.

A native of Mumbai, India, Khole came to the United States for his residency two years after graduating from the city’s Seth Gordhandas Sunderdas Medical College and King Edward Memorial Hospital in 2011.

His older brother, Ashvin, and late mother, Vrinda, both had ties to America. Ashvin — who now lives in Concord, Calif., and is an investment banker — moved to the United States in 2001, and Vrinda had connections with the University of Virginia through her career at the Indian Council of Medical Research.

Vrinda was the reason Khole wanted to become a doctor — it was her dream to be one, but she couldn’t because she missed the mark by a couple of points on her medical college admission test, he explained.

And by moving to America, Khole said he could find opportunities — medically and personally — that India may not offer.

“Somewhere along my final year of med school, I realized that if I wanted to sort of explore other avenues apart from a system that I was born and raised in, it was time to make that leap,” he said.

He traveled around the country and interviewed with multiple residencies before ultimately landing in Worcester, Mass., where he completed his residency at St. Vincent Hospital and fellowship at the University of Massachusetts’ medical center.

As for why he decided to live in New England, Khole said the elite academic environment coupled with the changing weather drew him in.

“Something about the Northeast really attracted me ... and it was one of those things where you realize this is home away from home,” he said.

Khole moved to Keene last year with his wife, Neha Varma, after accepting the position at Cheshire Medical, an affiliate of the Dartmouth-Hitchcock Health system.

Varma, 33, is also in the infectious disease field, working at Harvard Pilgrim Health Care as a research analyst. The two met during their undergraduate studies and reconnected years later over Facebook when Varma was getting her Master of Public Health from Drexel University in Philadelphia.

Amid the pandemic, “we definitely had to carve out some time that was un-COVID, and I think that’s definitely what’s kept us sane,” Khole said with a laugh, such as breaks from electronics or the Internet.

On a typical day as an infectious disease physician — a doctor who specializes in the various contagions that can affect the human body — Khole said he consults inpatients and outpatients alike.

He also serves as the physician lead for the hospital’s outpatient antimicrobial therapy program, epidemiology and infection control program and antimicrobial stewardship program.

Before the pandemic hit, Khole would look at patients with ailments such as bloodstream infections or hepatitis C. But since March, his days have mostly been filled with COVID-19 patients or staying up-to-date with the hospital’s pandemic protocols.

Being submerged in the outbreak has been daunting, he acknowledged. He was on call for 24 hours during many shifts when infections in New Hampshire were at their height. But he said it has also been exciting to learn something new each day and to challenge himself.

On a personal front, he added that if the pandemic hadn’t struck, he likely wouldn’t have forged such strong relationships so quickly with other staff members and hospital administration.

Mary Pierce, the hospital’s infection preventionist, works closely with Khole daily. She said he’s been a huge support during the pandemic.

“He’s a dedicated, brilliant and warm provider and physician,” Pierce said. “He and I are really close partners, especially during this time, and he’s a super helpful partner.”

Khole said these relationships, and being able to help people every day, far outweigh the difficulties he may face.

“It’s that happiness that you can make a difference in someone’s life, and really rid them of their suffering. It’s the rewarding and reassuring experiences that keep me going every day,” Khole said. “I owe it all to the patients.”

This article has been updated to change why Dr. Aalok Khole's mother, Vrinda, did not become a doctor.

At a glance: Dr. Aalok Khole