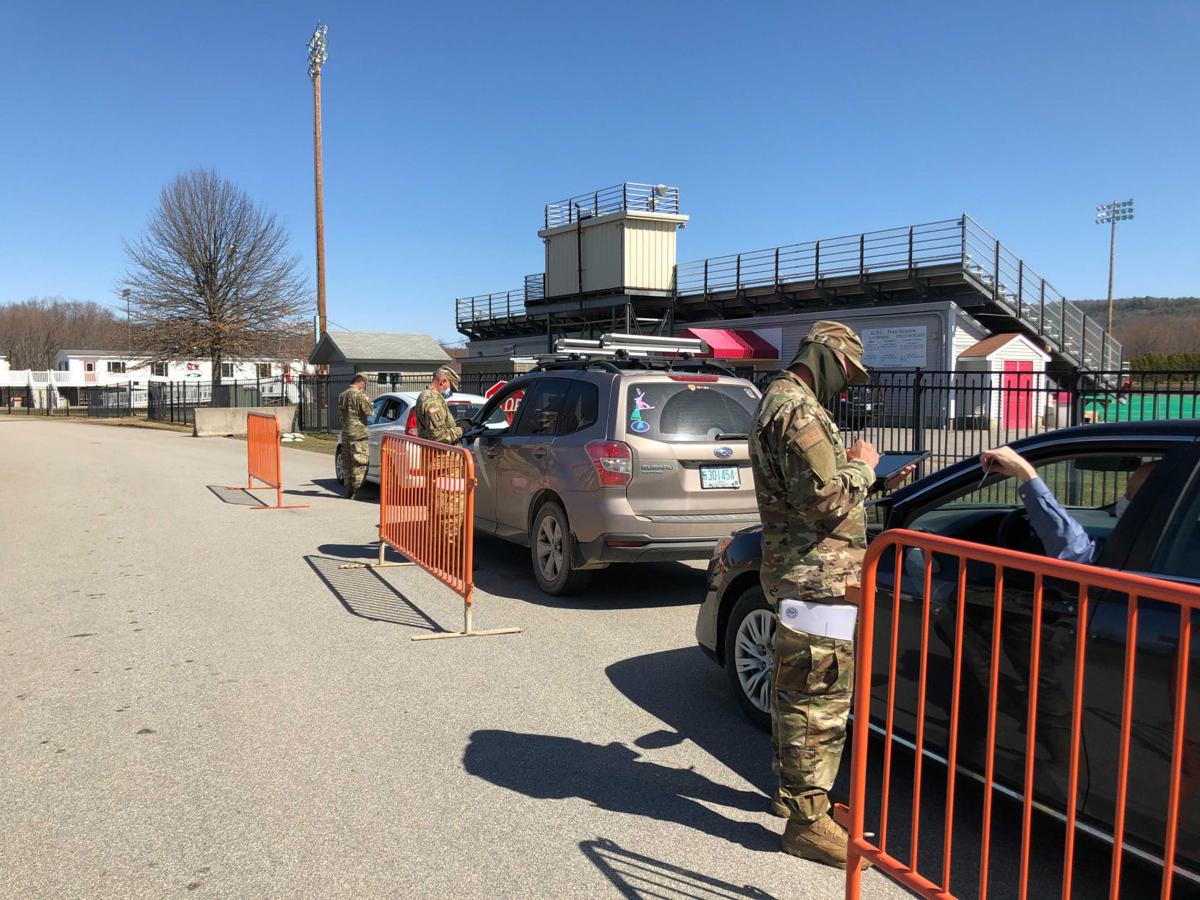 Members of the N.H. National Guard check people in at the vaccination site on Krif Road in Keene late last month. 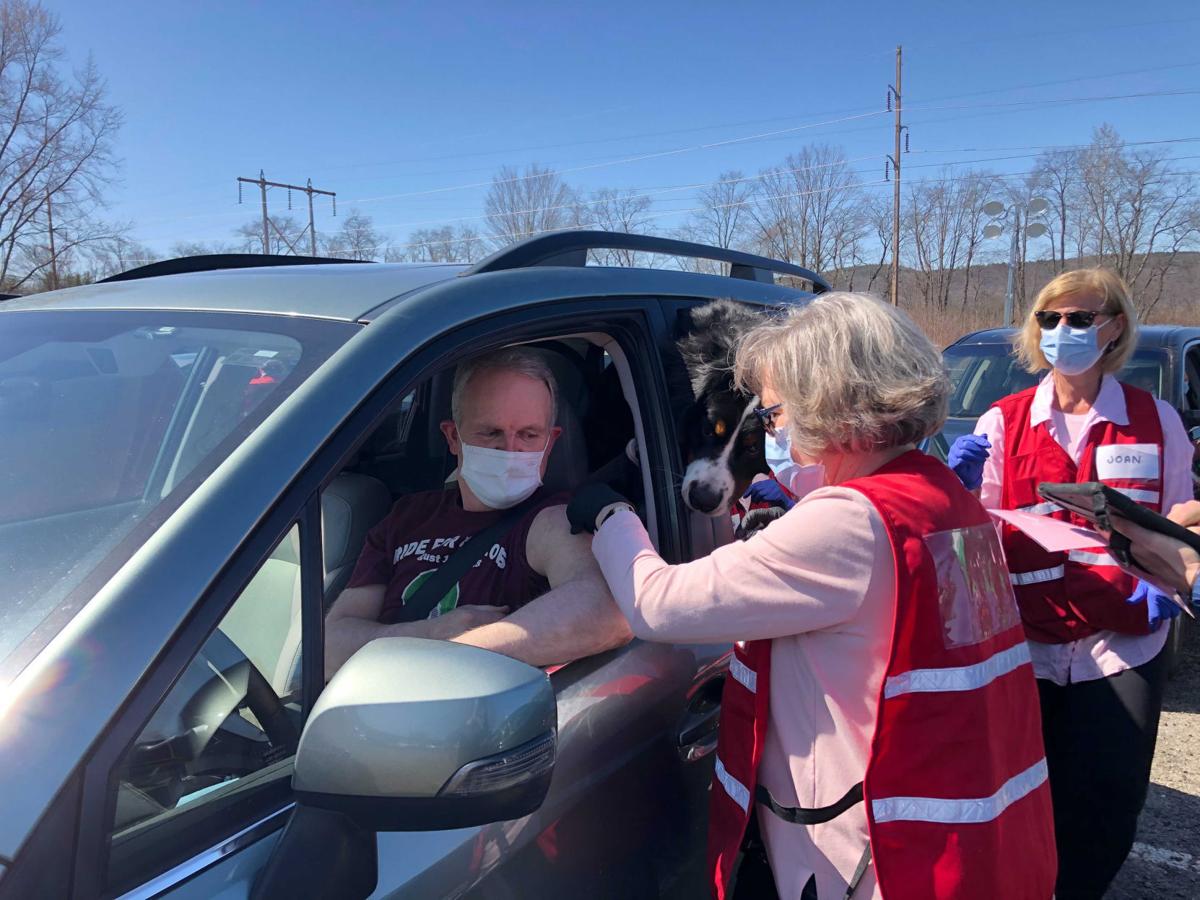 Members of the N.H. National Guard check people in at the vaccination site on Krif Road in Keene late last month.

A few months after the first COVID-19 shots arrived in Cheshire County, nearly 20 percent of its residents have been fully vaccinated, according to data recently released by the Centers for Disease Control and Prevention.

As of Sunday, nearly 14,000 residents — or about 18 percent — had been immunized, new county-wide figures from the federal agency indicate.

Cheshire’s vaccination rate is average compared to other counties throughout the state, with Coos — the state’s smallest county, with about 31,000 people — leading the ranks at 25 percent and Hillsborough — New Hampshire’s largest county with more than 400,000 residents — trailing well behind at 12 percent.

As in Cheshire County, about 18 percent of Sullivan County residents have been fully vaccinated.

Statewide, the data show that about 20 percent of New Hampshire residents have been completely immunized, and 40 percent have received at least one dose, which is the third highest rate in the country. (The N.H. Department of Health and Human Services’ data put those numbers at 18 percent and 35 percent, respectively, as of Saturday.)

The person’s home county was not specified in 20 percent of the state’s vaccinations, according to the CDC’s data.

Tricia Zahn, director of the Greater Monadnock Public Health Network, which is running Keene’s vaccination site on Krif Road, said the CDC’s local vaccination numbers are consistent with what the site is seeing.

As of Monday afternoon, more than 36,000 vaccinations had been administered at the Keene site, according to Zahn, and of those, the vast majority were residents of the network’s coverage area — all of Cheshire County and the 10 westernmost communities in Hillsborough County.

Mark Reynolds, 69, of Antrim, got his second Pfizer vaccination two weeks ago in Keene. Despite some mild flu-like symptoms, he said he took the shot well, and was impressed with those who were staffing the site.

“They were very friendly, very efficient and joked around with us and made us feel like we were the only people there that they were dealing with,” he said. “I was pretty amazed that they could maintain such a positive, friendly attitude.”

Outside of the Krif Road site, Zahn added, another 6,100 people have been vaccinated in the area through long-term care facilities and hospitals. People can also be vaccinated at Walgreens, locally in Keene and Walpole, by making an appointment on the state’s vaccination website. Zahn said she didn’t know how many have done so.

“I think it helps being a well-connected yet rural area that allows folks to communicate about the system,” she said.

Three vaccines — made by Pfizer-BioNTech, Moderna and Johnson & Johnson — were approved for emergency use by the Food and Drug Administration this winter. None of the shots have been approved for people under the age of 16.

New Hampshire first opened up immunization appointments in December for health care workers, first responders and residents of long-term care facilities. Since then, the state has continued to expand vaccine eligibility, and as of last week, any resident 16 or older could register.

Because of this, as well as continued education in the community, Zahn said she expects the number of fully vaccinated residents to rise significantly.

In the past few weeks, the Krif Road site has already seen a dramatic increase in people coming in for shots, she noted, with an average of more than 7,000 weekly.

“I think that number of people being vaccinated will continue to rise,” Zahn said, “... and we’re continuing to roll out vaccines as quickly as we can.”