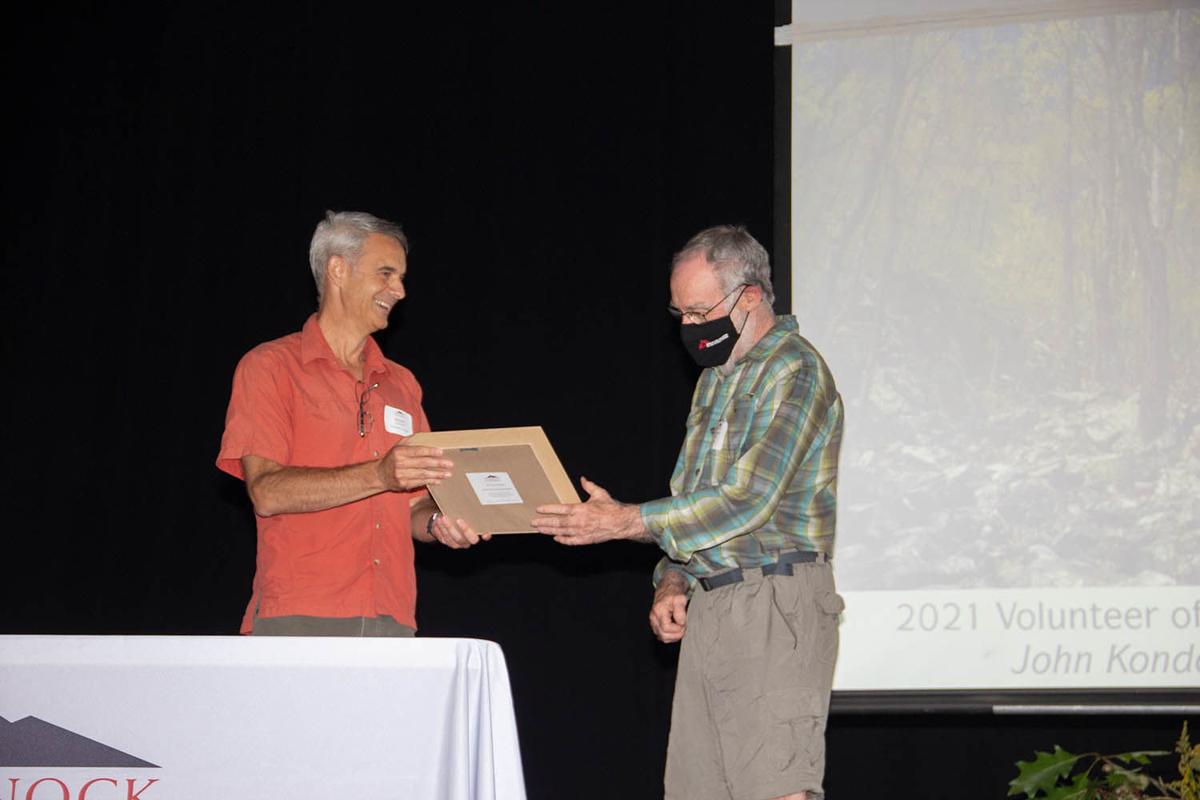 John “Jack” Kondos of Spofford accepts the framed photo he was awarded as the Monadnock Conservancy’s 2020 Volunteer of the Year. 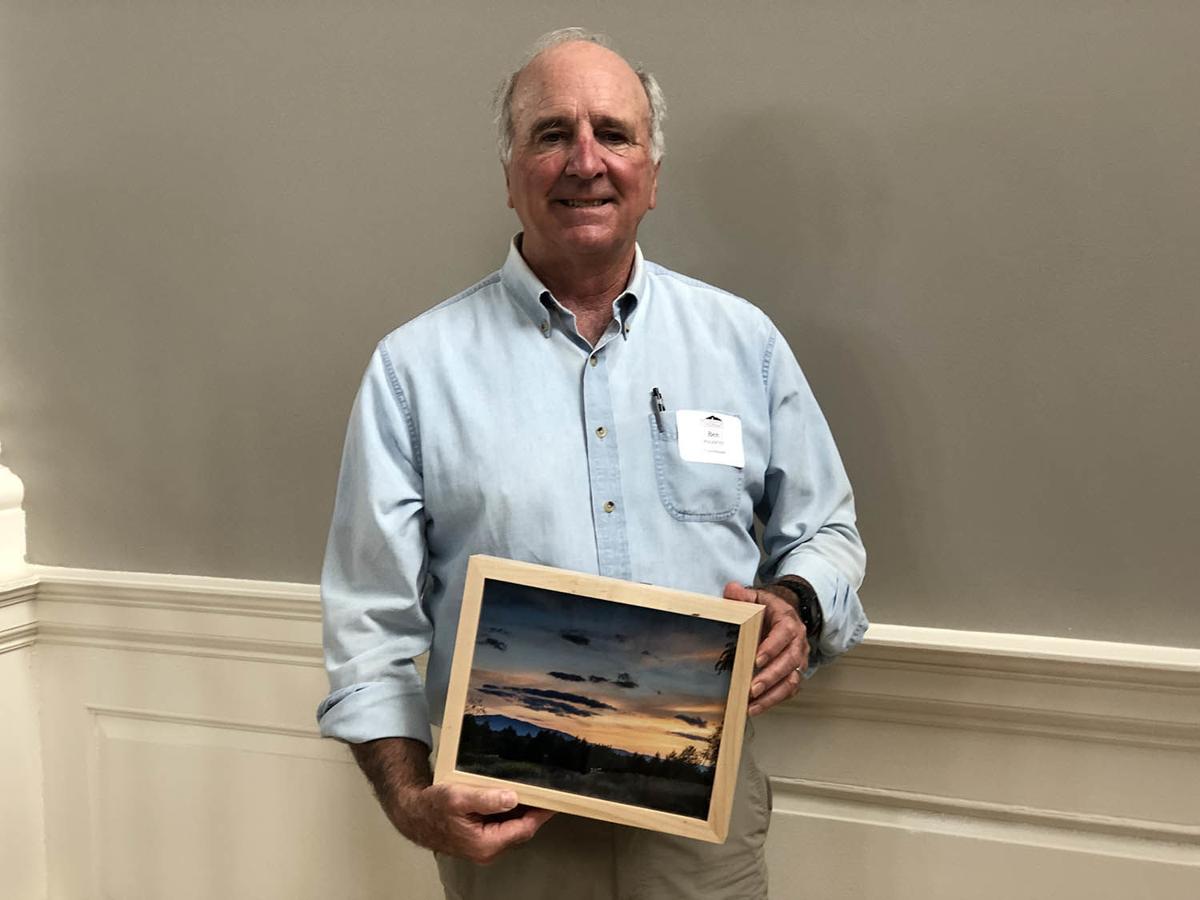 Ben Haubrich shows off the framed photo he received as the Abe Wolfe Land Protection Award.

John “Jack” Kondos of Spofford accepts the framed photo he was awarded as the Monadnock Conservancy’s 2020 Volunteer of the Year.

Ben Haubrich shows off the framed photo he received as the Abe Wolfe Land Protection Award.

The Monadnock Conservancy, a land trust for southwestern New Hampshire, held its 32nd annual celebration event earlier this month, during which two local conservationists were honored.

Ben Haubrich of Francestown was presented with the Abe Wolfe Land Protection Award. The award is presented to an individual, group or organization that has shown outstanding leadership in land protection in the Monadnock Region.

“It’s not an award that we give out every year, but this year we found somebody we thought really deserved it,” said Alex Metzger, stewardship director for the Conservancy.

“Ben Haubrich seems to be everywhere and seems to have worked with everyone [in the conservation world]; he’s held just about every volunteer position you can for a land trust.”

Haubrich retired from the N.H. Division of Parks & Recreation after a 32-year career serving as park manager (Monadnock State Park), region supervisor, and director of recreation services (which included administering the federal Land and Water Conservation Fund in New Hampshire). He volunteers with the Piscataquog Land Conservancy, the Harris Center for Conservation Education, the Society for the Protection of New Hampshire Forests, the Francestown Conservation Commission, and the New Hampshire Coverts program. He also serves as a board member and volunteer land manager for the Francestown Land Trust, tending the trust’s 580-acre Rand Brook Forest and other conserved properties.

John “Jack” Kondos of Spofford was named the 2021 Volunteer of the Year, an award presented annually to an individual for outstanding volunteer service to the Monadnock Conservancy.

“I am really honored and grateful for the opportunity to participate in the legacy of the Monadnock Conservancy’s land conservation efforts,” Kondos said, in accepting the award.

Kondos has been volunteering for the Conservancy since 2006 as a land steward, which means visiting and walking the boundaries of conserved properties to document any natural or man-made changes in the land. He monitors three to five places each year.

“I searched through our records and, other than many complete and on-time monitoring reports there isn’t a lot of trace of him. This speaks to his steady dependable nature. He simply completes his assignments,” said Richard Pendleton, stewardship coordinator for the Conservancy. “He’s also helped us with trail building. He volunteers with the Friends of Pisgah, an organization that supports the State of New Hampshire in managing Pisgah State Park.”

Kondos was presented with a framed photo as his award, an image of a rocky slope at a conserved property in Hinsdale, which he monitored for many years.

For more information about The Monadnock Conservancy, visit www.MonadnockConservancy.org or call 603-357-0600.