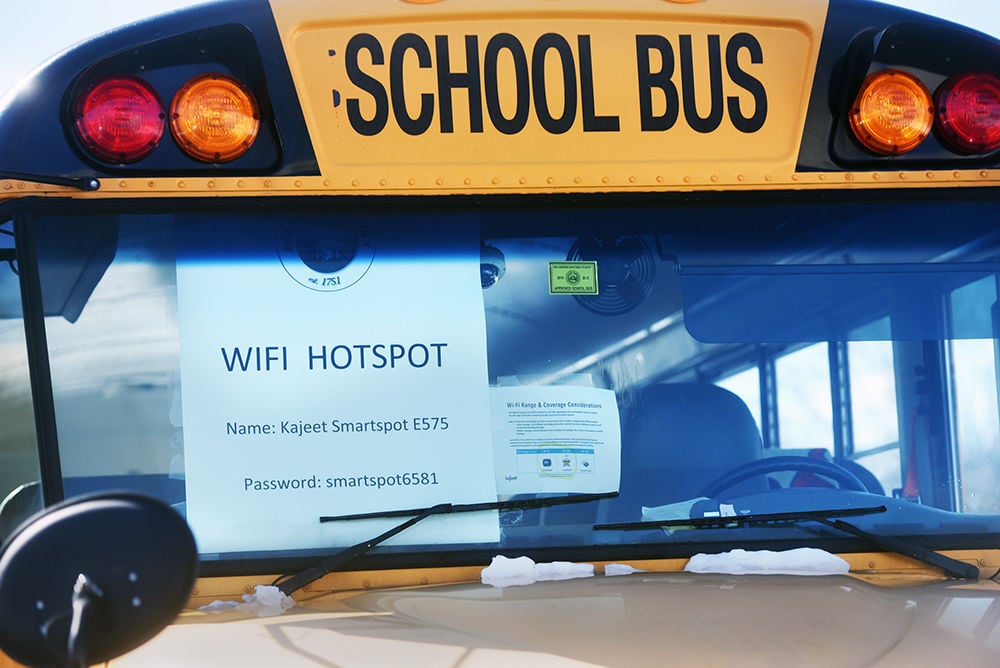 The Rochester School District is deploying buses with WiFi hotspots throughout the city to help residents who need a connection. 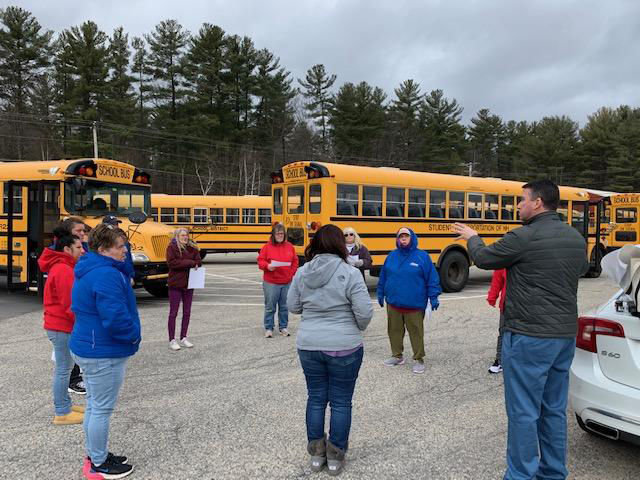 Rochester Superintendent of Schools Kyle Repucci talks with drivers at a past deployment meeting.

The Rochester School District is deploying buses with WiFi hotspots throughout the city to help residents who need a connection.

Rochester Superintendent of Schools Kyle Repucci talks with drivers at a past deployment meeting.

Editor’s Note: This story is part of a series that takes a look at how school districts across the state responded to the challenges of remote learning and plans for improvements in the fall

Before COVID, the Kajeet hotspots on Rochester’s school buses were a nice-to-have item on long haul trips for athletes and others going to and from various extracurricular events. After COVID, however, they became the vital connection some students needed to continue their education.

“I was at a conference years ago and a superintendent from Kentucky would park his buses throughout this town during snow days so his students in rural areas could be connected to the internet to access curriculum,” said Superintendent Kyle Repucci in an email to the Granite State News Collaborative earlier this year, speaking of how the idea came to Rochester.

Repucci said they tried to identify the areas with the highest need to park the buses. They’d hang signs on the side with a username, password and the caveat that the hotspot only had a range of 300 feet. They relied on social media to get out the word about where the buses would be each day. “Our hope was to create as much equity as possible,” Repucci said.

While Repucci used buses to help families bridge the digital gap during last spring’s period of mandatory remote learning for public schools, other officials directed people to the parking lots of local fast food joints and libraries to get students connected to WiFi long enough to get their work done for the day.

The quick pivot to remote learning, a system that necessarily relies on access to broadband and technology, did not happen in a vacuum. Before COVID hit, some areas of the state were already hard pressed for reliable and consistent access to broadband, and not every family had connected devices like smartphones, laptops or tablets.

According to an analysis of Census Bureau data by Broadband Now, an online reviewer of internet services, more than 96 percent of all Granite Staters have access to broadband internet. This puts New Hampshire close to the national average, ranking 23rd nationally in terms of connectivity.

But for those 4 percent of NH residents who do not have access to broadband, this is a major issue, and the switch to remote learning as a result of the coronavirus pandemic brought these inequities into sharper focus.

And it wasn’t just students who struggled with connectivity. According to a survey put out by The N.H. Department of Education that garnered nearly 12,000 responses from teachers, almost half (44 percent) reported “sometimes” experiencing disruptions to their teaching due to technical issues, and a quarter (27 percent) likewise experienced limited access to a reliable internet connection.

For this series, we examined school districts with a range of connectivity and access to technology, utilizing an index called the Digital Distress Indicator created by researchers at Purdue University to quantify the relative “digital readiness” of communities across the country. Digital readiness refers to a community’s capacity for leveraging the internet to improve their quality of life — or, in this case, deliver education remotely

Not surprisingly, districts in New Hampshire’s northern tip and in isolated central areas experience some of the most digital distress.

The Dummer School District, for example, north of Berlin, had a DDI of 100, the highest level of digital distress in the state. Almost all the districts north of Berlin had DDI scores above 50. Another pocket of digital distress was found in the southwestern corner of the state. The districts of Fall Mountain, Claremont and Goshen all had DDI scores above 50 as well.

Even though DDI scores help identify New Hampshire’s least-connected areas, they don’t tell the whole story. The town of Berlin has a DDI of 66.99, making it one of the top-15 most internet-challenged towns in the state. But the Berlin schools themselves have fast and stable internet connections, said Berlin Superintendent Julie King. This has allowed each student to routinely interact with online platforms in the classroom, using district-owned Chromebooks that were recently acquired thanks to a grant and local fundraising.

“But the move to students using Chromebooks at home is a different story,” she said. Berlin pulls some students from high-distress areas such as Dummer, Errol and Milan. Further, while most Berlin area families had broadband or were able to access it through free and reduced cost plans offered by local providers, some families couldn’t due to outstanding balances with those companies, King said.

King said the district reached out to Sen. Jeanne Shaheen’s office, which “helped work out that problem,” and the families got service. For those who still couldn’t connect for any reason, the district purchased Kajeet hotspots for them to use at home.

“But for some families, that didn’t seem to be the problem,” King said.

“Everything was good with connectivity and access but they still weren’t engaging, they weren’t answering their phone,” King said. She noticed on the district’s Facebook page, however, that a couple of those parents were leaving comments. ”So I reached out to them through personal message to try to get them engaged.”

Sometimes, she said, that worked.

Even those who fall in the middle of the distress scale had a hard time connecting to remote learning platforms. In SAU 13, access to broadband proved to be the most difficult part of the transition to remote learning, as families had to upgrade their internet plans to the bandwidth and speeds required for students to participate in class, said Superintendent Meredith Nadeau.

Though Nadeau’s students reported difficulty using the internet during remote learning, DDI scores show that SAU 13 was better connected than other parts of the state, with DDI scores of 27.7 (Tamworth), 17.51 (Madison), and 34.51 (Freedom). Many towns in the central and southern parts of the state had similar scores.

The schools surveyed parents to gauge their technological needs, including access to WiFi. Funding from the CARES Act was used to purchase Chromebooks and hotspots. Nadeau said staff personally delivered them to homes or bus stops, if families weren’t able to pick them up.

Even with those efforts, 20 percent of students did not have internet access by the end of the school year, according to Nadeau.

Even towns that rank low for digital distress experienced their own version of it during remote learning. SAU 39 includes the towns of Mont Vernon and Amherst, with DDI scores of 10.1 and 3.27, among the lowest in the state.

Some families there struggled with broadband access at first, said Superintendent Adam Steel. Teachers tracked the students who didn’t have access through a survey. Ultimately, they made use of low-cost options offered by local providers.

Then devices became the roadblock.

The high school had a one-to-one ratio of Chromebooks, meaning that each student had one. The middle school had almost enough devices. Since the district does not have many students who qualify for free and reduced-cost lunch, they were unable to get CARES Act funding to aid with the purchase of new devices, Steel said. They had to dip into their school budget to buy more. Steel estimates it was around $20,000.

The goal for next year, according to officials interviewed for this report, is to ensure families are able to access the internet should the districts need to adopt a hybrid in-person and remote instruction model — or a fully remote model if virus cases spike.

Some school administrators also are trying to imagine what safe access will look like for students who won’t be able to participate in remote learning from home. Nadeau, from SAU 13, for example, hopes that the district will set up socially distanced WiFi access points in school cafeterias or gyms

For King, in Berlin, last spring’s experience taught her that going forward, it’s going to take creativity to make remote learning, in whatever capacity, work well for students.

“I certainly think that it has opened a lot of opportunities up for districts, for education in general, to make some movement and change and out-of-the-box thinking, and I’m kind of looking forward to some of the opportunities that lie ahead of this crisis.”

Hilary Niles and John Bassett contributed to this report.

These articles are being shared by partners in The Granite State News Collaborative. For more information visit collaborativenh.org.