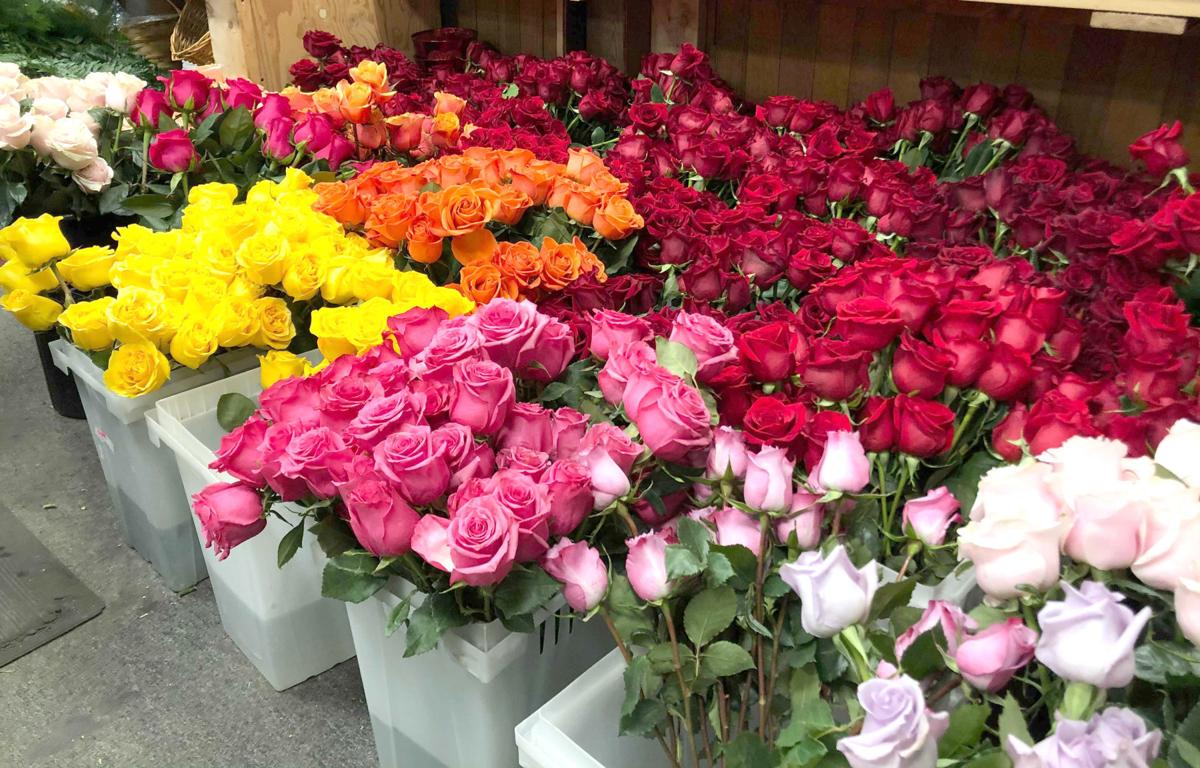 Valentine's Day roses await arranging at In the Company of Flowers in Keene Thursday. 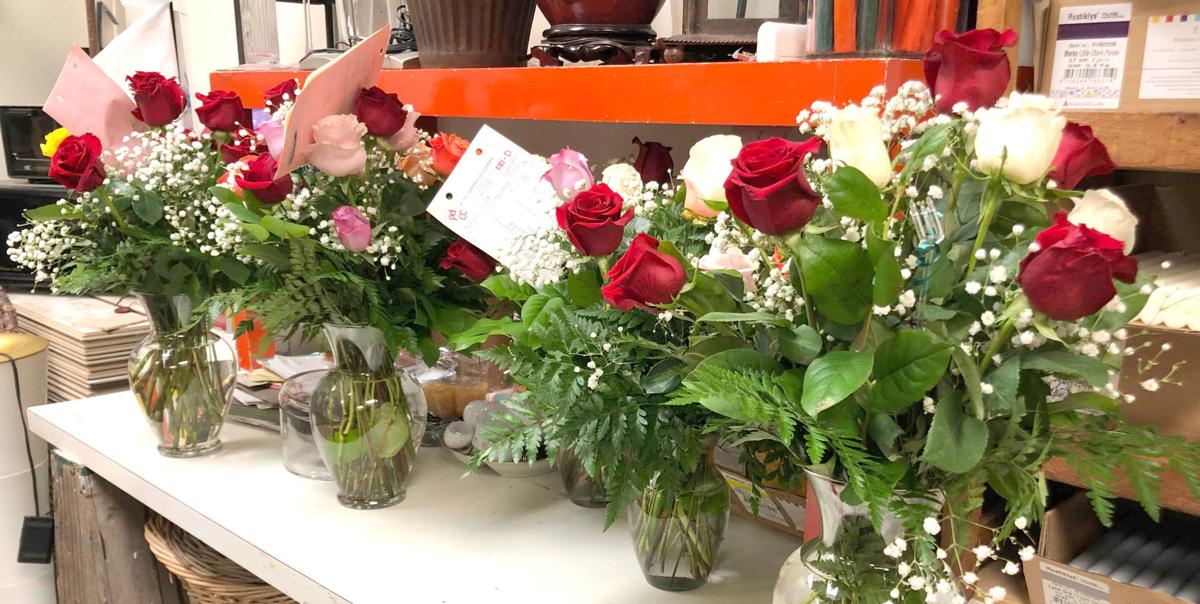 Valentine's Day flower arrangements await pick-up Thursday at In the Company of Flowers in Keene. 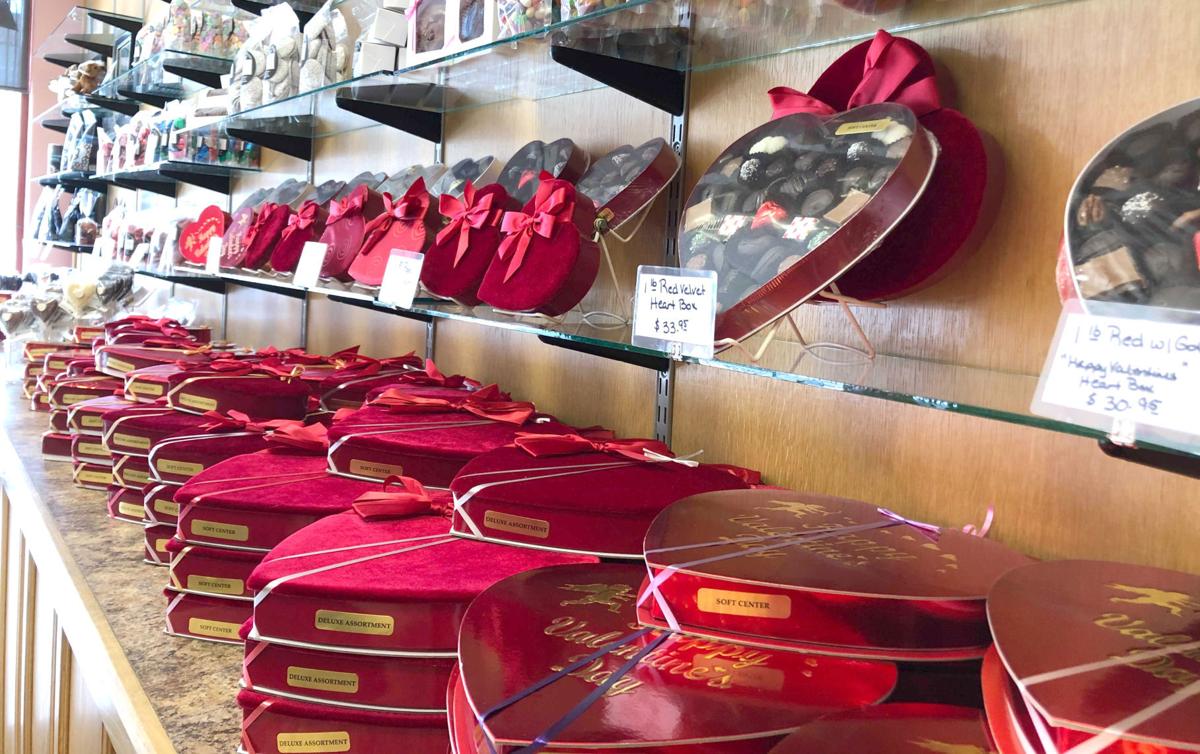 Valentine’s Day typically provides a boost for local businesses such as Ye Goodie Shoppe in Keene.

Valentine's Day roses await arranging at In the Company of Flowers in Keene Thursday.

Valentine's Day flower arrangements await pick-up Thursday at In the Company of Flowers in Keene.

Valentine’s Day typically provides a boost for local businesses such as Ye Goodie Shoppe in Keene.

While the rest of the world seems to stand still during the COVID-19 pandemic, relationships have trundled along.

But with Valentine’s Day on Sunday — yes, tomorrow — local business owners said this week they were prepared for sales to fluctuate, since couples may be celebrating differently.

Smart said Wednesday he expected the shop to do well, since sales typically increase before the holiday. But he added that the revenue bump could be muted this year, with some people unwilling to return to indoor spaces.

In addition to purchasing candy in the store, Ye Goodie Shoppe customers can call ahead or order online for pickup, Smart said. And to avoid crowds, he encouraged people to buy their candy before Sunday, noting that there is often a late rush around Valentine’s Day.

With some loved ones separated by travel restrictions and concerns about spreading COVID-19, Tree-Free Greetings owner Steve Silverstein said he anticipates high demand around Valentine’s Day.

The Keene-based greeting card supplier, which distributes to national retailers like Whole Foods and Amazon, as well as local businesses like the Monadnock Food Co-op, has seen sales jump by as much as 10 percent during the pandemic, Silverstein said. Many other card manufacturers have also done more business in the past year, especially around holidays, according to reporting by Fast Company.

Silverstein thinks that with people separated physically, many have reached for more traditional means of staying in touch.

“People have a little more time, and they’re thinking more about connection,” he said.

Valentine’s Day could exacerbate those feelings, he said, adding that the Monadnock Food Co-op has been “blowing through” Tree-Free Greetings’ cards for the holiday. As of Wednesday, the company had already restocked the co-op’s supply of Valentine’s Day cards three times, according to Silverstein.

Sales were also strong this week at In the Company of Flowers, according to owner Mary Schofield. The Keene florist said the store always does good business before Valentine’s Day but added that customers may be particularly eager for a festive occasion this year.

“I think people just want to do something because they’ve been so restricted and confined,” she said.

Couples may not be the only people active Sunday, with a “Singles Party” planned that afternoon at the Best Western hotel in Keene.

Event organizer Benjamin Knight of Sullivan said he has been single for more than a year and has been experimenting with dating applications — an experience he said has “a lot of ups and downs.” The pandemic has made it even more challenging to meet potential partners, he said.

“Dating, in general, I think is tough,” he said. “Then you add that whole aspect, and it’s even tougher.”

Knight, 43, an accountant at the Bellows Falls cable manufacturer Whitney Blake, said he decided to organize the party several weeks ago, eyeing Valentine’s Day as a logical occasion. Activities may include speed-dating, karaoke, scavenger hunts and other games, according to the event description on Facebook.

Attendees will be required to wear masks and respect social-distancing guidelines, and capacity in the Best Western ballroom will be limited, Knight said.

Acknowledging that people may still be hesitant to attend the party due to concerns around COVID-19, he said Thursday that it had received positive feedback from his friends and online. He was hopeful that the event could draw 20 to 30 people.

“You never know, you might just find your next quarantine buddy,” he said.

For people already with their quarantine buddy, health concerns or financial anxiety caused by the pandemic may limit traditional Valentine’s Day festivities — at the expense of the region’s service industry.

Last year, The Arlington Inn & Tavern in Winchester was fully booked for rooms and dining during the holiday weekend, according to owner Jordan Sharra. A Valentine’s Day special that includes dinner for two, an overnight stay, complimentary flowers and breakfast the next morning was very popular and led at least one customer to return this year, Sharra said Tuesday.

But she expects a quieter Valentine’s Day this time around.

“I’m thinking it’s not going to be as busy,” she said.

Of the inn’s five rooms, Sharra said three had been booked as of Tuesday for one-night stays this weekend. (The inn is still offering its Valentine’s Day special, for $185.) That left 80 percent of the 15 available nights still open at the time, she noted, attributing the lower interest “fully” to the pandemic.

Sharra added, however, that she has received “quite a few” dinner reservations for the tavern this weekend. She is also curious whether takeout will be a popular option for couples looking to enjoy a romantic night without risking exposure to COVID-19.