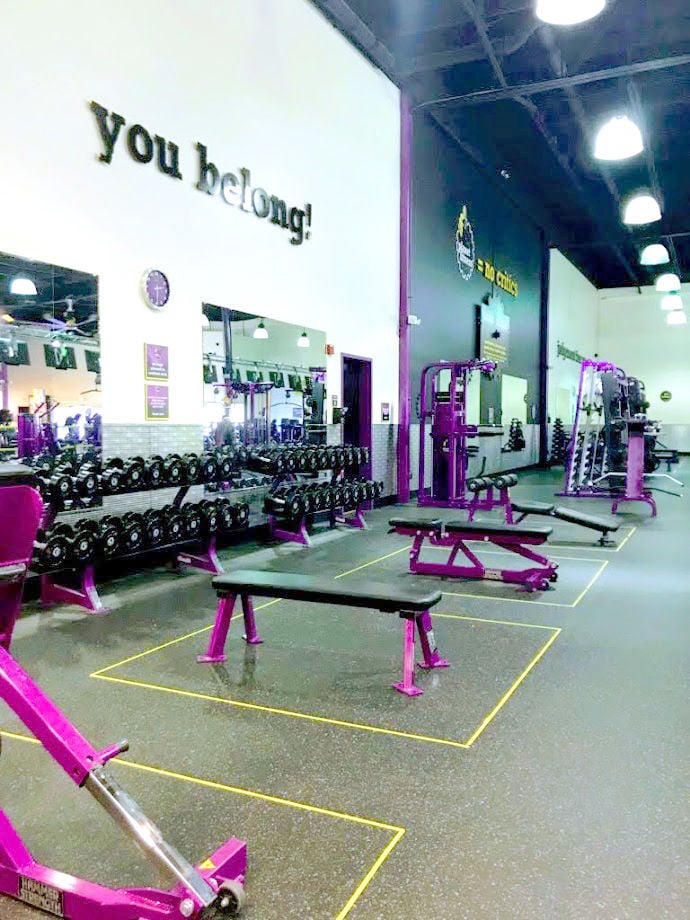 Among the social-distancing measures put in place by Planet Fitness in Keene is to mark individual stations so those working out can maintain proper distances. 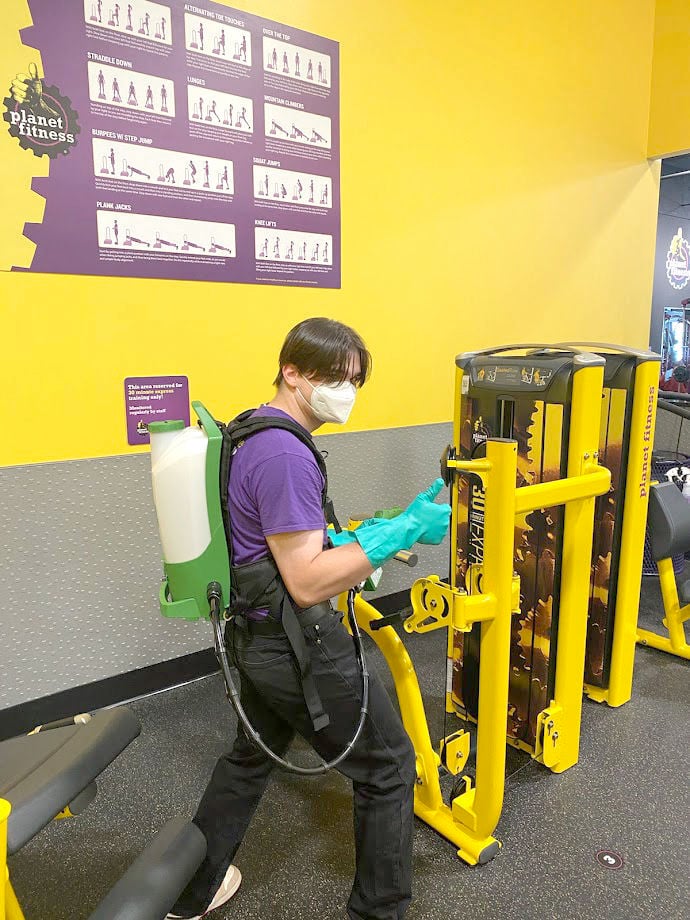 Among the social-distancing measures put in place by Planet Fitness in Keene is to mark individual stations so those working out can maintain proper distances.

Local fitness centers typically see an increase in new memberships and activity in early January, as people resolve to prioritize their health, and maybe even drop a few pounds, in the new year.

That’s still happening in 2021, area gym proprietors say, but the COVID-19 pandemic is putting a damper on the usual New Year’s resolution boost.

“We do expect to see an increase throughout this month,” said Dan Smith, CEO of the Keene Family YMCA, which operates one of the area’s largest health centers, on Summit Road. “I don’t think it will be as substantial, I predict, as other years.”

Shane Poirier, who owns Planet Fitness facilities in Keene and Brattleboro, declined to give specific membership data but said both locations “typically see an increase in usage and memberships in January.”

“We believe people have a renewed appreciation for health and wellness more than ever before and are encouraged by the member response we’ve seen to-date,” Poirier said in an email. “And while we don’t have publicly available membership stats to share, we can say that both Planet Fitness Keene & Planet Fitness Brattleboro have always seen membership increases in January, and knowing how essential fitness is for physical and mental well-being during the pandemic, we hope to see the same in 2021.”

Michelle Gaffney, the owner and head coach at CrossFit Monadnock in Keene, said she typically gets a bump in new members starting in November that continues into January and February. That hasn’t really happened so far during the coronavirus outbreak.

“We’re not taking in a bunch of new people right now,” Gaffney said. “We’re just trying to focus on keeping what we have safe. We’re not busy, but we’re still going.”

CrossFit Monadnock currently has about 56 people attending classes each week, down roughly 25 people from its normal operations. Part of that is due to COVID regulations that limit workout classes to 10 people, Gaffney said.

“Typically January is a huge month for yoga,” she said. “I haven’t seen an increase yet. We’ve been pretty slow during the pandemic. And everybody understands the reasons.”

Some people, Russell said, just aren’t comfortable leaving their homes and gathering in groups during the pandemic. But, she added, Aloha Keene, like all gyms and fitness centers, is working hard to ensure they are safe. The yoga studio requires everyone to wear masks until they are on their mats, which are spaced at least 6 feet apart, Russell said. Everyone also gets a squirt of hand sanitizer on the way in and the way out.

Smith at the YMCA and Poirier both said their facilities have rearranged equipment to ensure social distancing, and enhanced cleaning procedures for all exercise equipment, among other health and safety measures.

Many area fitness centers have also been offering virtual classes throughout the pandemic for people who don’t feel comfortable returning to gyms. Bridget Moynihan, the director of group fitness and personal training at Option1 Fitness in Keene, said that members can access about 90 percent of the gym’s classes online.

Moynihan added that Option1 has started to get a handful of new members to start 2021.

“While I can’t say for sure if our numbers will exceed normal for the month of January and February, we are feeling very hopeful and seeing a lot of new faces coming in,” she said.

Some new Option1 members have told Moynihan they joined because they can’t exercise outdoors as often as they did before the weather turned colder, she said. Others just miss the routine of going to the gym.

“They’re re-thinking their fitness routine, and they’re thinking of us again,” Moynihan said. “... A lot of people have found a way to stay active, but many, many people miss their structured workout programs, and they miss the camaraderie of those programs.”

Regardless of how people are getting active in the new year, Moynihan added that it’s important for physical and mental health to exercise regularly.

“I think more than ever this year, it’s really important that people take care of their mental health,” she said. “... When you come in here, you forget about everything. When you’re at the gym, it’s all about you. You don’t have to worry about anything else. And a lot of people need that.”