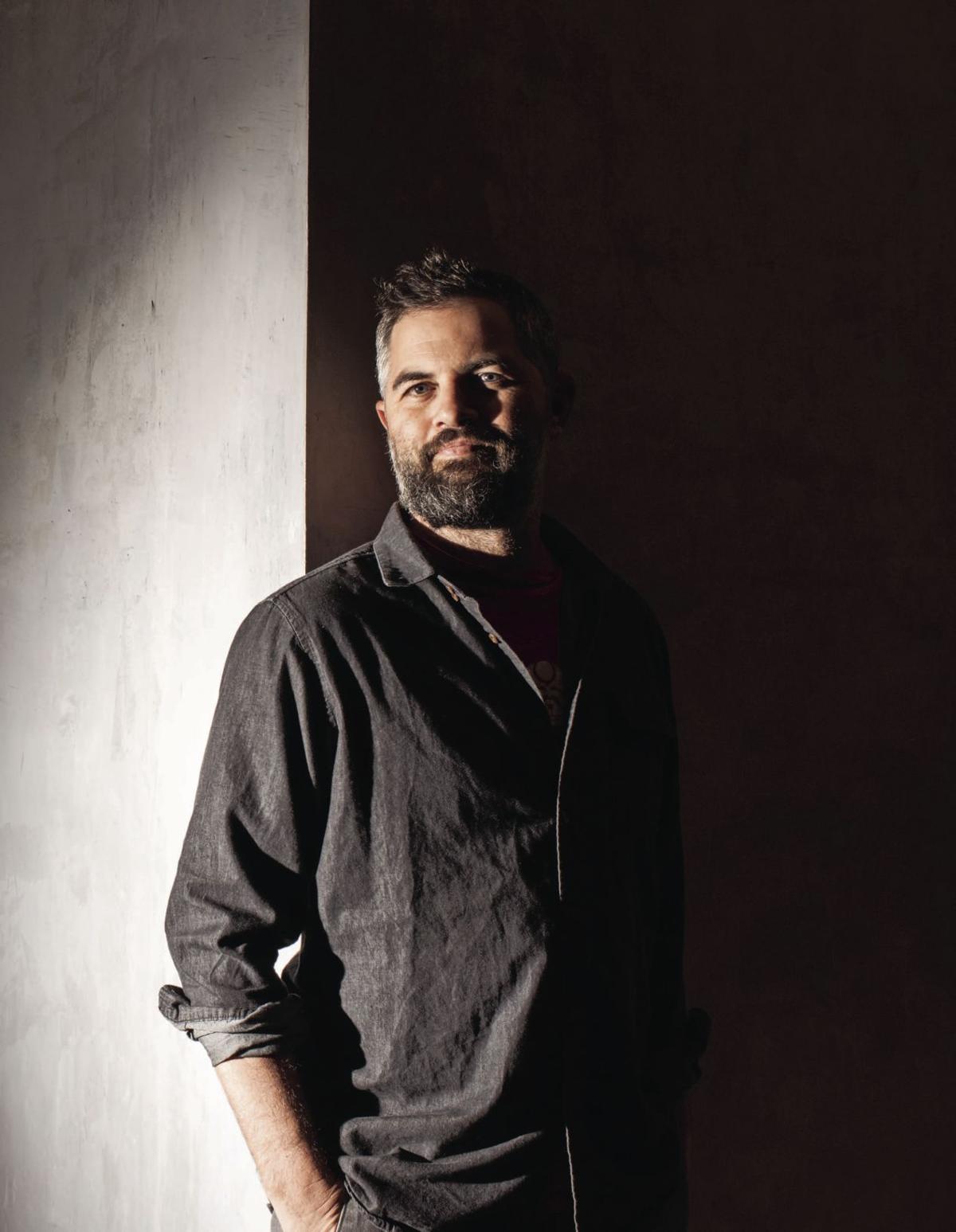 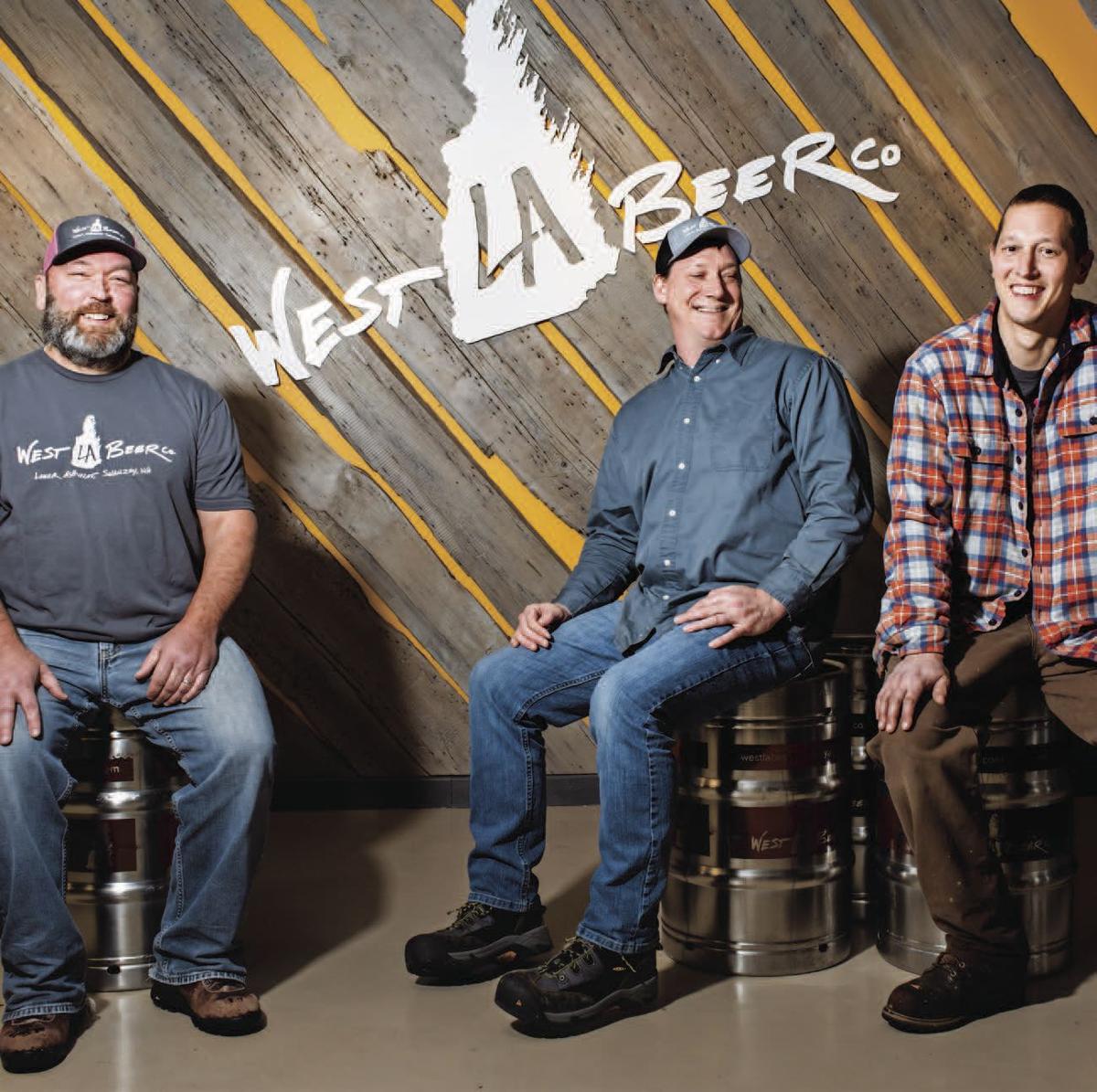 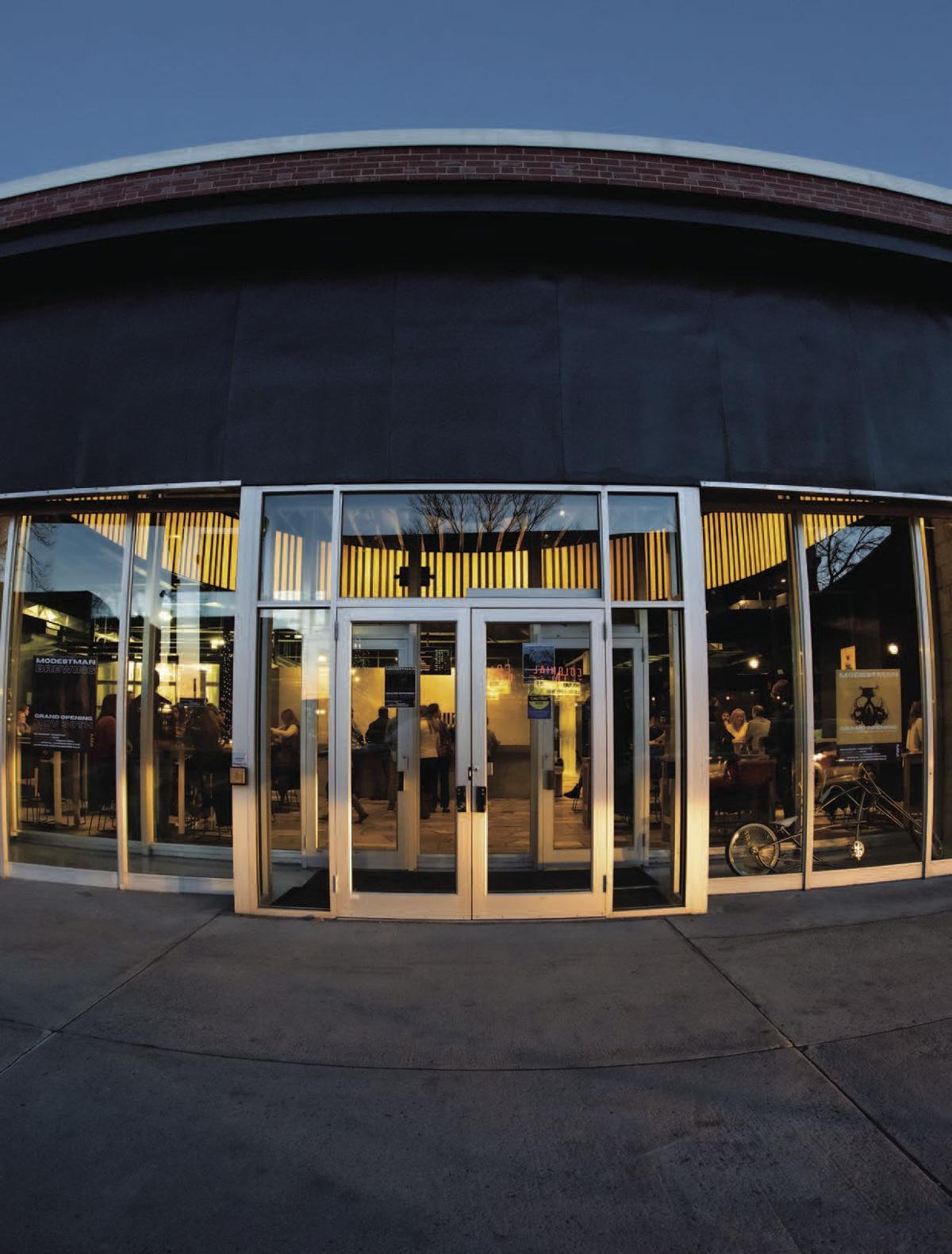 Modestman Brewing Co. is located at the former TD Bank building on Main Street in Keene.

Modestman Brewing Co. is located at the former TD Bank building on Main Street in Keene.

Alot of breweries kind of popped up at the same time,”

He and co-founders Dave Smith and Ryan Gale have

been working on the idea of opening their own brewery

for more than two years.

traction in surrounding states — like Maine and Vermont — and bring

something special to the Monadnock Region, and to Swanzey.

“It’s a large community for residential living, but there’s not a lot of

things to do,” Johnson says of the town.

the area. Since then, various cra beer makers have arrived on the scene,

including Frogg Brewing in Marlborough, Branch and Blade in Keene,

“Our feeling was it’s definitely a positive for the Monadnock Region,

and with all of us together, hopefully, we can draw on some of that beer

tourism in other states,” Johnson says.

The crew at Modestman Brewing, which opened on Keene’s Main

“We are in the planning stages of a rooftop patio, which aligns with

our philosophy of maintaining the freshest beer possible … By adding

potentially another 250 seats with views of Mt. Monadnock, the draw

will be for both locals and tourists,” describes Brie Maynard, a creative

brewer Benjamin Williams, have had their idea for a brewery in the works

for nearly four years, but issues with licensing almost kept the project

from coming to fruition.

“Just a week a er we jumped that hurdle, we found the TD spot at 100

Main and haven’t stopped creating since,” Maynard says of the former TD

(the rst of its kind in the U.S.), the state has seen a surge of small brewers

open up shop. The law, which differentiates nanobreweries from large,

commercial operations, has made it possible for craft beer to flourish.

However, the law’s original strict guidelines, which included a

maximum number of barrels per year, as well as small and limited pours,

experience. So further categories have since been established, allowing for

different regulations based on each brewery’s size and intention.

One caveat, for instance, is serving food on the premises, which lifts some restrictions on taps. That’s why many breweries are calling on food trucks as a great complement and helpful work-around. West LA Beer Company, which is cleverly named for its placement near the Lower Ashuelot (LA) River in West Swanzey, is taking this approach.

They’ve partnered with The Butt Stops Here Barbecue to offer up a hot, fresh menu packed with food-lover favorites, such as pulled pork, steak and cheese grinders, mac and cheese, garlic mashed potatoes,

Customers can enjoy these foods while sipping on one of the brewery’s signature beers, such as the Grodziskie, a light, traditional Polish brew they’ve dubbed “Polish AF.”

“We weren’t sure how it would sell … but it was a nice change of pace from the higher-alcohol beers out there,” Johnson says.

The unusual brew, which has a bit of a smoky flavor from its smoked wheat malt, has already gained a loyal fan base.

While that’s an interesting one for sure, IPAs are West LA’s bread and butter. The owners love a nice hoppy beer, and they’re on-trend. But they want to offer a range that meets the tastes of everyone who stops in, so they also have a pale ale, two sours, and a stout on tap.

The mix of brews pairs well with the place’s eclectic yet rustic feel. The taproom is situated on Route 10 in Swanzey, an area speckled with antique, second-hand, and auto shops. The West LA crew decided to embrace that vibe.

On approach, the venue’s patio showcases a bright, striking mural by award-winning artist Craig Roach. And the entryway features diagonal barn boards against a yellow background with the beer company’s logo, which was designed by a Keene State College student.

“I think a lot of the residents in this area appreciated that revitalization and kind of bringing something back to life that wasn’t really vibrant and didn’t have a good feel to it,” Johnson says.

The same could be said for Modestman, which took on the challenge of transforming an abandoned space.

“Putting our brewery on Main Street, in a location that had sat vacant for over a year, felt like the right thing to do from a business standpoint, as well as a community member,” explains Maynard.

Modestman’s creators recognized that while Main Streets are battling decline, craft breweries are in high demand, and contrasting the two could make a meaningful difference. They’re also leveraging a perk of the space, free parking in back, to offer food truck service.

Chef Jared Marsh is the man behind the Guru food truck, serving intriguing eats that are simultaneously familiar and uncommon.

“His attention to detail and unique approach to flavor combinations make eating his food a special experience,” Maynard says.

Guests will want to try the beef slider made with organic, grass-fed beef from nearby Pelloni Farm in Hinsdale, as well as the house-made salt and vinegar chips.

But “Marsh’s greatest joy in the kitchen is curing his own meats,” Maynard says.

Guru recently released a charcuterie tray with duck prosciutto, pepperoni, and pate — all made in-house.

Patrons can grab a bite while passing through or relax inside the taproom with Modestman’s fresh take on a New England IPA.

“We came out of the gate … with our well-balanced, high citrus

It has by far been their best seller.

Other popular releases have been “the most beautifullest thing in the world” double IPA with Citra hops, the Kreftwerk Kolsch, and raspberry and passionfruit kettle sours “that have drawn all different types palates,” Maynard says.

The distinctive approaches of both brand-new breweries illustrate exactly what Johnson is hoping for: The growth of an interesting and worthwhile network of craft breweries right in our backyard that elevates “grabbing a beer” to trying a pint of something poignant.