Earrings made by T. Breeze Verdant out of repurposed wood and other materials. 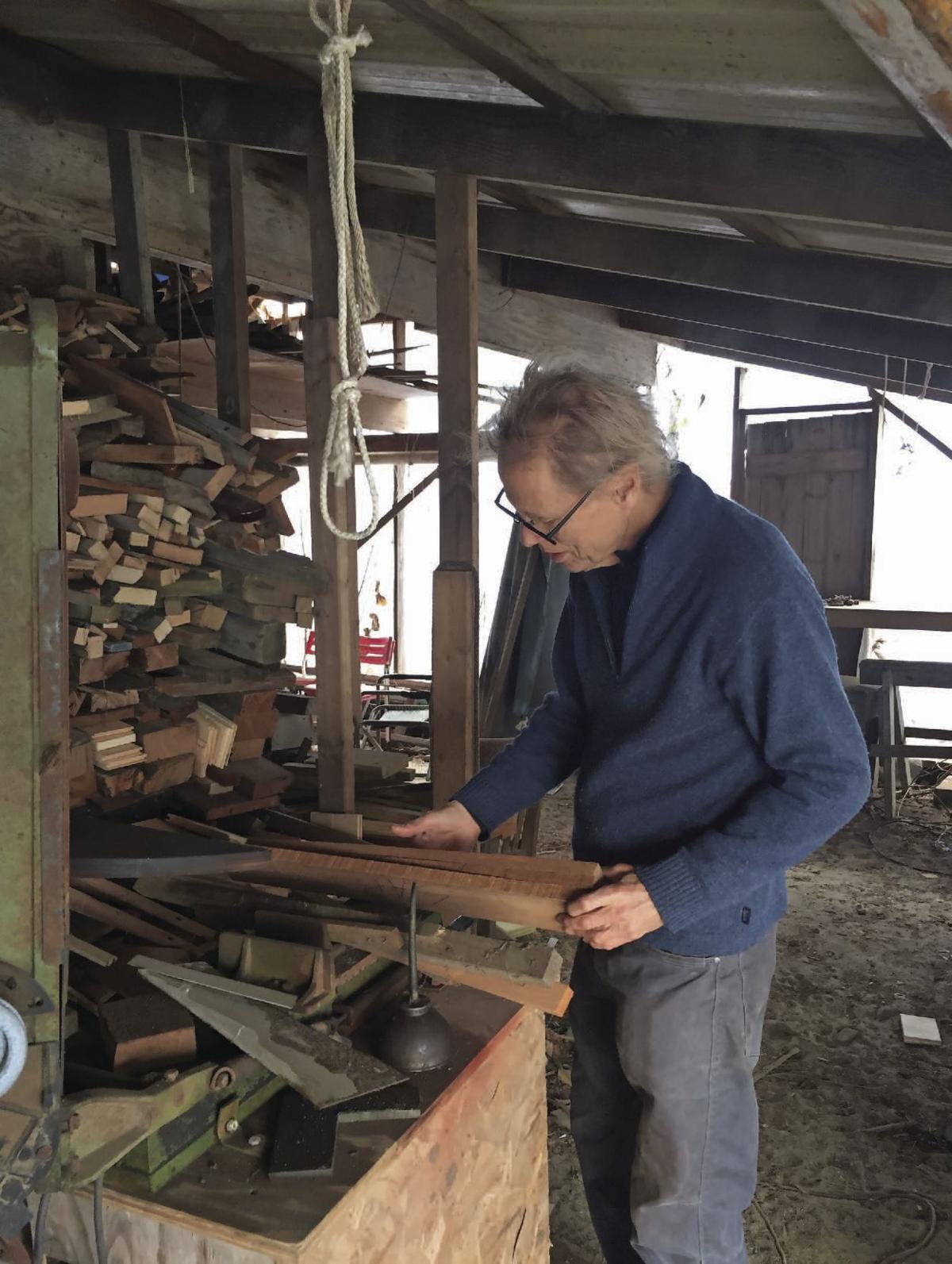 T. Breeze Verdant at his studio in Brattleboro. “I have to create, or I’ll implode,” he says.

Earrings made by T. Breeze Verdant out of repurposed wood and other materials.

T. Breeze Verdant at his studio in Brattleboro. “I have to create, or I’ll implode,” he says.

T. Breeze Verdant, 68, of Williamsville, Vermont, likes serendipity. The unpredictable may unnerve some, but for this inlay artisan, that’s the very part of his life that fuels his creative energies. His energy is always in gathering mode — of ideas, images and the detritus and scraps most of us overlook.

Neither formal schooling nor conventional artistic training brought him to the level of artistry he’s at now — he followed a different muse: his beliefs. His creations are his beliefs incarnated — make it beautiful, reuse, work very hard, wear many hats, be human. For Verdant, humanness includes having no fear of problems and mistakes.

He says, “Some of my best pieces come from when I have a problem with a piece.”

Problems always arise — that’s life. But intentionally choosing to use used materials can create some additional challenges in inlay and marquetry. But Verdant derives great satisfaction from finding old materials such as pieces of old ships, copper from recycled piano strings, coins, roofing and natural materials (such as swordfish bills and twigs) to create something new.

Verdant chose to follow his particular path while on a Buddhist meditation retreat.

“I consciously decided to dial into ‘right livelihood,’” he says.

In Buddhist parlance, this means doing work that does something good. Then, Verdant had an accidental meeting that included an offer of ebony and other exotic wood scraps. Verdant took them and took to them. Repurposing gets his creative juices flowing. In Verdant’s skillful hands, discarded scraps are never useless — they’re just waiting for a new idea to turn into something else. These cast-offs inspire him. He’s never at a loss for ideas.

In fact, he admits, “I have a problem with too many ideas.”

One look at his earrings, necklaces and boxes shows he channels these ideas into objects of unusual beauty.

He says, “Working with odd pieces is a lot harder than slicing up [new] lumber into small pieces.”

Also, there are the tasks of running his business.

“My business cards read ‘CEO, Janitor, Artist’ and it’s not a joke,” he says.

He also has determination and discipline.

“I have to be on top of my game all the time,” Verdant says.

That game includes having ideas to use materials that not only he loves, but attract others.

He says, “I sell a lot of products with abalone and mother of pearl in them. I love that stuff, and so do others. The stuff is so beautiful — radiant abalone against a dull black background just jumps at you — it makes me moved to look at it.”

Verdant also loves to use scraps with a history. For example, he’s made earrings that include ebony that came from a ship that sank off Cuttyhunk Island, Massachusetts, in 1854.

Someone this insightful into his own creative and physical processes, not surprisingly, wants to share his craft. Verdant teaches one-on-one in his studio at the Cotton Mill, Brattleboro, Vermont, and once a year at the John C. Campbell Folk School, Brasstown, North Carolina.

He welcomes visitors to his studio and his pieces are also sold at Fire Arts, Route 30, Brattleboro and the shops of the League of NH Craftsmen. Prices range from $35 to $90.