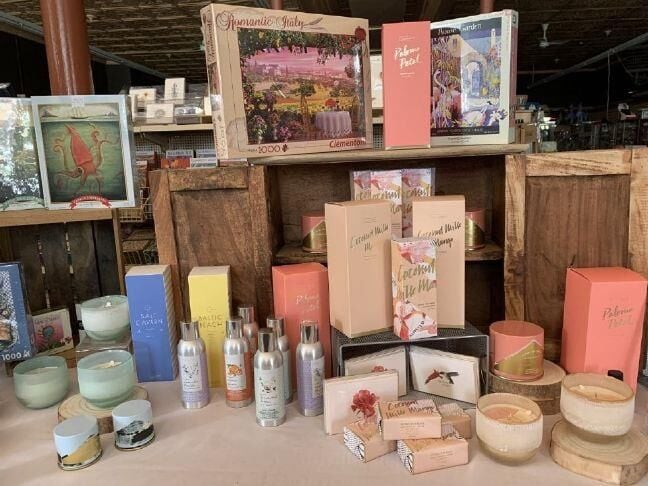 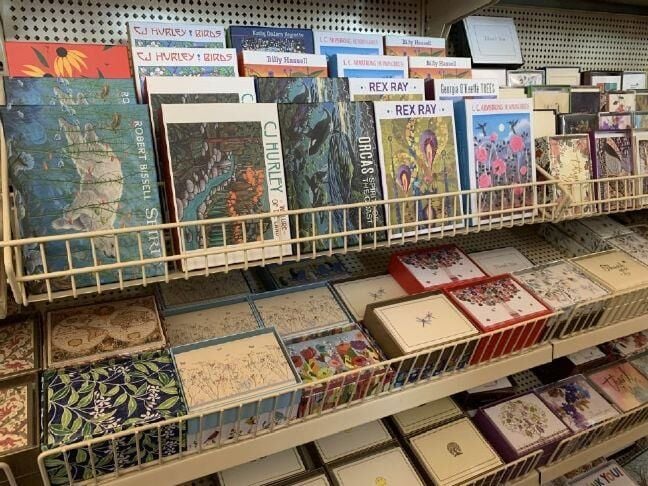 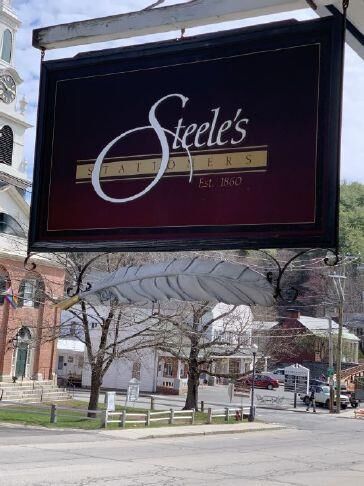 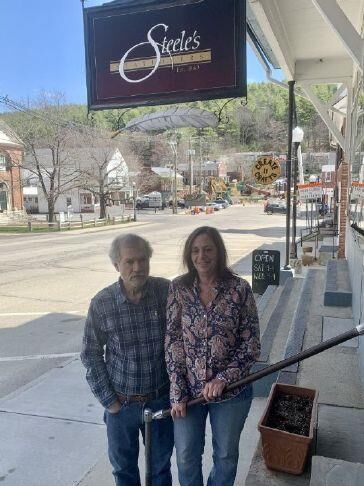 One hundred and sixty years and the advent of Amazon have transpired since Steele’s Stationers opened its doors downtown — and customers still like to shop at the store where everybody knows their name.

Elizabeth and Bill Littles became the eighth owners of the stationery store in 1988.

Bill Littles, who had worked managing departments in large retail stores, was brought into the business by the previous owner — a friend of his — to help regain focus, which he saw was stationery supplies and getting to know his customers and their needs. Two years later, Littles and his wife bought the business.

Before that, the store had one owner for 25 years. The business had been slowly declining.

“It wasn’t a local brand store anymore,” says Littles. “They were selling brands like Hallmark in half the store. It had become more of a gift shop, and I wanted to come back to stationery and supplies, which Steele’s had always done. I wanted a more friendly, homey atmosphere.”

By the time he and his wife bought the business, big box office supply stores like Staples had opened.

“I thought we couldn’t compete, but I wanted to try,” he says.

Today, Steele’s offers the same product line it did in past years of operation: office supplies, books, specialty writing papers, maps, and newspapers and magazines and has the same old-time feel with wooden floors and a tin ceiling.

In 1996, the Littles added what has become the largest cigar selection in the Monadnock Region with more than 50 brands.

More than half of the store’s sales are school, office, and art supplies, along with a large selection of specialty greeting cards, some created by local companies — the couple’s daughter, Jess, now 38, is in charge of those. Another piece of the store is a party supply center (gift wrap, balloons, etc.), which Elizabeth operates.

Yet another section of the store is for gifts and home goods, including designer stuffed animals and New England sleigh bells.

“We wanted to make all of that (cards and gifts) special, different from what you’d find,” says Little. “It’s not necessarily expensive but sets us apart.”

When they reopened the store last March after a two-week shutdown due to the pandemic, they continued to offer curbside service.

“Orders that may have taken 10 minutes in the past took a half-hour,” says Littles of his customers who wanted to take extra time to chat. “People needed to be social.”

During the rest of 2020 and since, with school being remote and many working from home, Steele’s had the supplies everyone needed, from paper and notebooks to pens and printer cartridges.

“We did better than expected,” he notes. “Local people ... didn’t want to go to Wal-Mart, and they couldn’t get things online.”

Another interesting thing happened: people were having Zoom cocktail parties with their friends.

“We started selling special cocktail napkins,” says Littles. The store also began to sell more cards and stationery, he says, because people had more time at home for letter writing. They beefed up their supply of jigsaw puzzles and put a display of them in the store’s front window. They sold out.

The Littles added more services during the pandemic, including local delivery. The store supplied 175 congratulatory graduation balloons to the seniors at ConVal Regional High School.

He believes the shop-local movement has brought in a steady customer base and that customer base has particularly appreciated its local stationery store in difficult times.

“We have always worked to know our customers by name,” says Littles. “People liked to be recognized and talked to.”