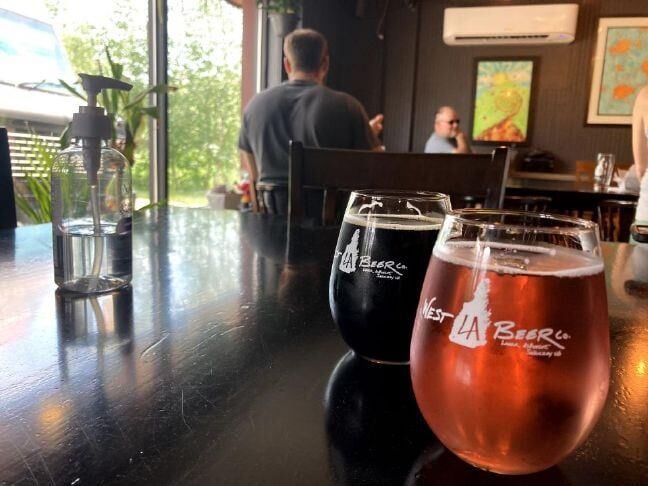 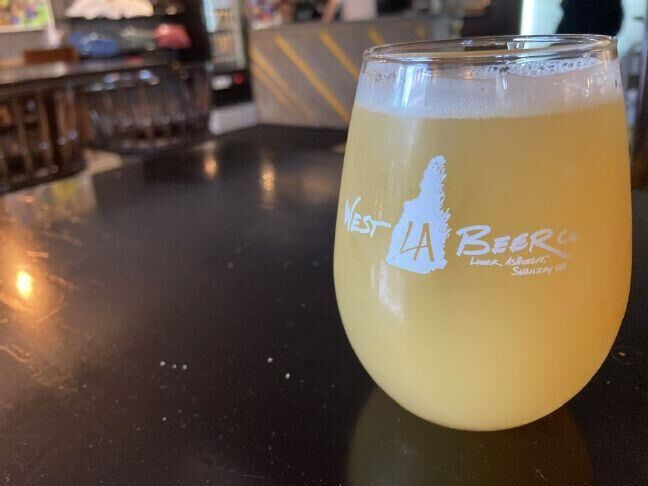 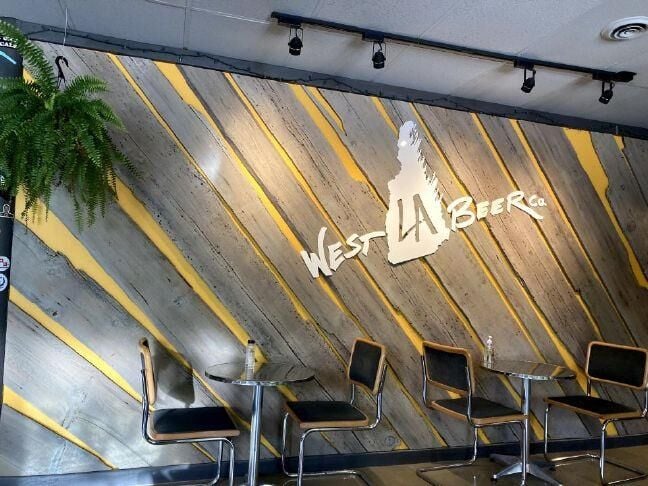 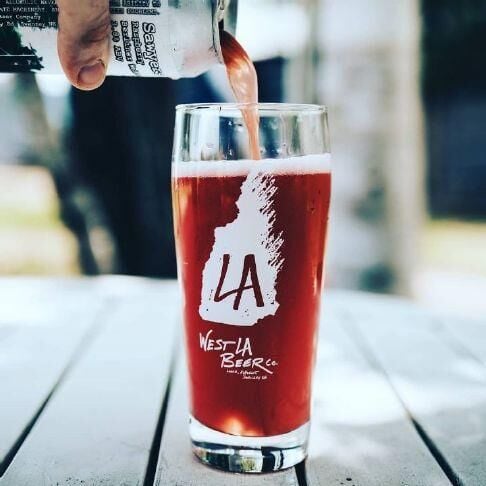 West LA Beer Company is not on the West Coast but was founded in Swanzey by three residents of southern New Hampshire.

The name refers to the location of the brewery on the west side of Swanzey, a town historically called "Lower Ashuelot."

"It was funny. We knew going into it, and this was a big discussion of ours, was the immediate association to Los Angeles," recalls Eric Johnson, a co-founder along with David Smith and Ryan Gale. Smith lives in Swanzey, and Johnson and Gale live in Keene.

The brewery opened around Halloween 2019. Smith and Gale brew all of the beers in the building at 647 West Swanzey Road (Route 10) and try to keep a selection of about 10 available in the taproom. Most are available on tap, with two or three in cans. Options include India pale ales, a rye pale ale, stouts, porters, sours and lagers. There is also a cherry lime hard seltzer.

He says a small number of people think the name is a reference to a Grateful Dead song, "West L.A. Fadeaway," and notes, with a laugh that by coincidence, Swanzey has a California Street a short distance from the brewery.

Observant beer drinkers might notice the shape of New Hampshire behind "LA" in the brewery's logo, designed by students at Keene State College.

"We thought that was a nice way to appear to maintain the identity of New Hampshire," Johnson says.

The venture was born out of conversations about home brewing by Johnson and Smith, who are family friends. Gale, Johnson's cousin, knew Smith through a homebrewing club.

"We were talking about home brewing and beer, and wouldn't it be interesting to scale this out," Johnson recalls.

On a recent Saturday during high heat, people sought refuge inside the air-conditioned taproom, while others enjoyed the patio, where there is weekly live music. In the taproom, employee Nate Tarbox says Monster Crush — described on the brewery's website as "a tartshake with blackberry, red currant and milk sugar" — is popular in the heat.

Aside from the founders, Tarbox is the beer company's only employee, hired in recent weeks, but says he has been visiting the brewery since it opened. He says the building was previously a convenience store with creaky wood floors and refrigeration units where the taps now are.

"It took a little while to get to this point," Tarbox says, referring to the taproom's modern aesthetic. "It's comfy, is how I would describe it."

Chris Chadwick of Brattleboro, Vermont, was among those in the taproom on the recent Saturday. He heard about West LA Beer Company through a friend and says he visits for both the beer and the camaraderie.

"So many big places you go, and people don't even talk to you," he says. Among his favorite beers are B. Diggs, which is a Munich-style helles, and several IPAs.

Also visiting the taproom was Niki Vanaria of Keene, the girlfriend of Gale. She names some of her favorites as Otis Forever and Otis For Later, both IPAs. And while she does not usually drink sours or hard seltzers, "the way that he's done it, I'm a huge fan," she says, noting that there is no taste of artificial sweetness.

Dark beer options include a Baltic porter called Nazareth, which patrons say is not too heavy to enjoy in hot weather.

The taproom has a dark, sleek color scheme with tall chairs, a hanging plant and lots of natural light. Works by local artists line the walls, and Johnson says the beer company tries to incorporate the artists' work into the beverage labels. Visible from the patio, mural art decorates the building's walls. Robots' bodies are painted under the backs of air conditioning units.

These are among the ways Johnson says West LA Beer Company tries to cultivate the experience of enjoying craft beer. While the taproom does not serve food (aside from chips at the counter), a food truck is parked outside, and patrons are allowed to bring their orders inside.

Johnson's favorite beer is Tramping In Jandals, and he says he knows Gale's to be Ocean Man and Smith's to be Otis Forever — all three are IPAs, which Johnson says are the majority of West LA Beer Company brews. He notes that many people do not like IPAs, and his colleagues are trying to shift their brewing patterns to accommodate.

"As more and more people come into the brewery that are not IPA fans, we'll start to open up to having more sour beers and more lagers," he says, adding that the company also plans to expand upon its hard seltzer offerings.

The taproom is open Thursday through Sunday, 4 to 9 p.m. on Thursday and Friday, noon to 9 on Saturday and 1 to 6 p.m. on Sunday. Johnson notes that most of the company's life has been during the COVID-19 pandemic.

"It wasn't devastating for us. We got through it, but it wasn't a huge growth period, either," he says. "We're hopeful this year, as things are starting to relax and people are feeling more comfortable, that we'll experience some growth this summer."