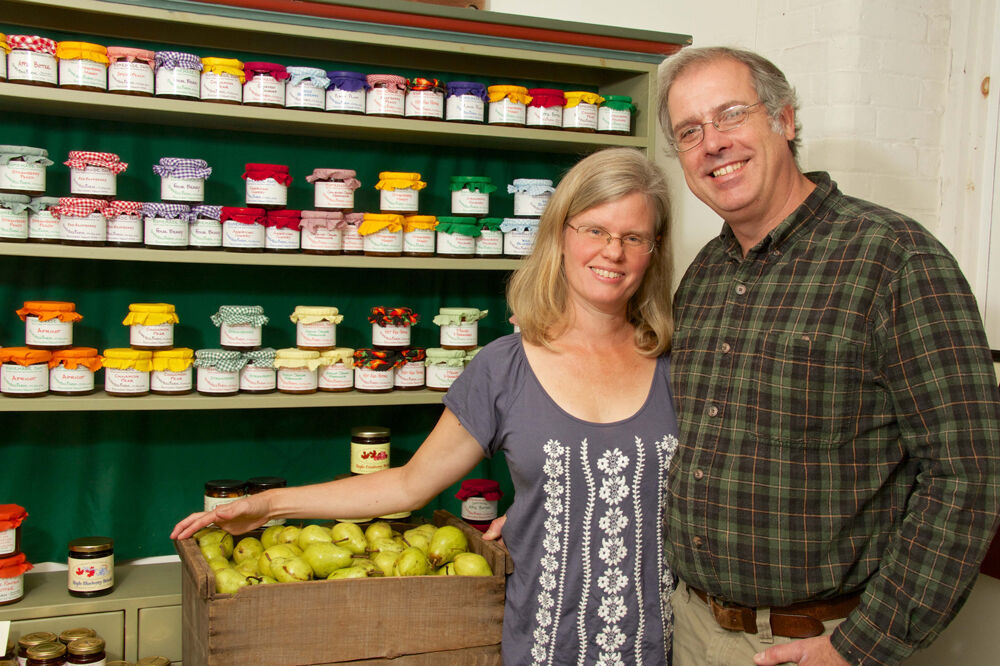 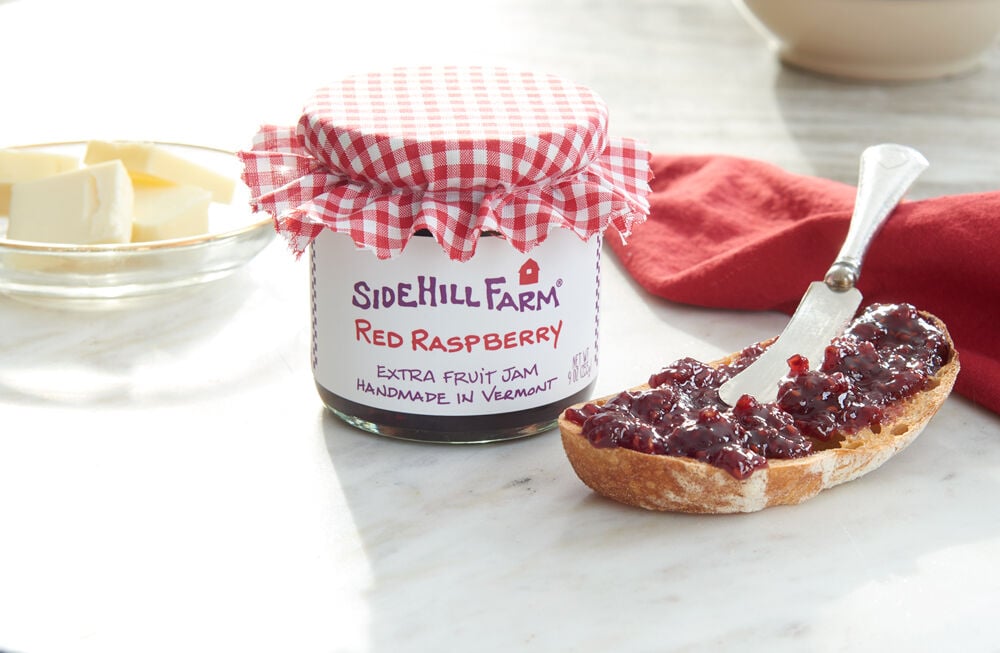 Some may call it “old school,” but when it comes to jam, the owners of Sidehill Farm of Brattleboro, Vermont, think that’s the best way to make jam. This company uses recipes passed down to Dorothy (“Dot”) Naylor, original co-owner and mother of one of the current owners, Kelt Naylor, 56, president. Naylor runs this company with his wife Kristina, 55, vice-president.

The first Sidehill Farm jam was made in 1976 in Calais, Vermont. Dorothy made an extra-large batch from a bumper crop of peaches using a generation’s old recipe.

Kristina Naylor explains, “She took the extra over to the local farm stand with a sample to taste. The first case sold out in an hour, and a company was born.”

When Dot and her husband, Ben, found nobody in the family ready to take over when they needed to step down, the Naylors gave the idea some more thought. After a five-day hike in Machu Pichu, Peru, they called home. “Don’t sell!” They decided to change directions in their Boston-based lives, move to Vermont and become jam-makers.

When they took over, they made a commitment to using locally grown fruit and later, some automation in the process was added.

“Current demand has everyone running at full throttle,” Kristina says.

More than 50 retailers are selling their products, and they have been expanding every year. As their website explains, “The product line now includes 18 jams and fruit butters, including raspberry, blueberry, cinnamon pear, mango habanero and hot red pepper.”

Sidehill Farm employs eight people, and the original recipes are still used. They make jam much like your own great-grandmother might have. They begin with harvesting the fruit, mostly from local farms, including some from the Naylor’s backyard.

As any who’s tried to make jam at home knows, getting the right consistency and flavor is tricky. According to Kristina, using pectin, a natural thickening substance, makes this easier and cheaper, but it’s not the old-fashioned way. They skip the pectin. She says this is why their product is unique.

“Without using pectin, we have to have more fruit in each spoonful of jam.”

Their packaging is also done in the traditional fashion.

“The jam flavor writing on the labels is by Dot, and the jars are covered with a cloth, just like your great-grandmother did,” says Kristina. “A customer told me that their jam reminded her of her own grandmother’s jam and was the best jam she’d ever purchased.”

But being old-fashioned in some ways doesn’t mean this company doesn’t innovate. They keep coming up with new flavors and new products. Recently, they developed a quince paste.

Says Kristina, “David Major’s cheese from his company, Vermont Shepherd, Westminster, Vermont, with our quince paste is about as close to perfection as I can imagine!”