Thank you. Your account has been registered. Check your email for details.

Thank you. Your purchase was successful. 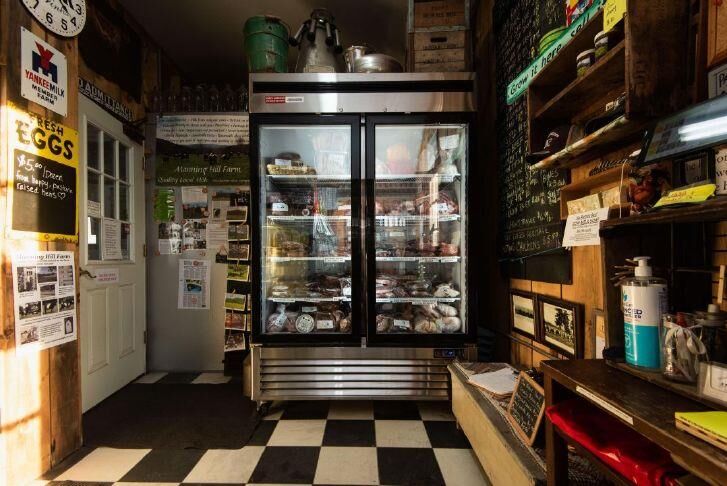 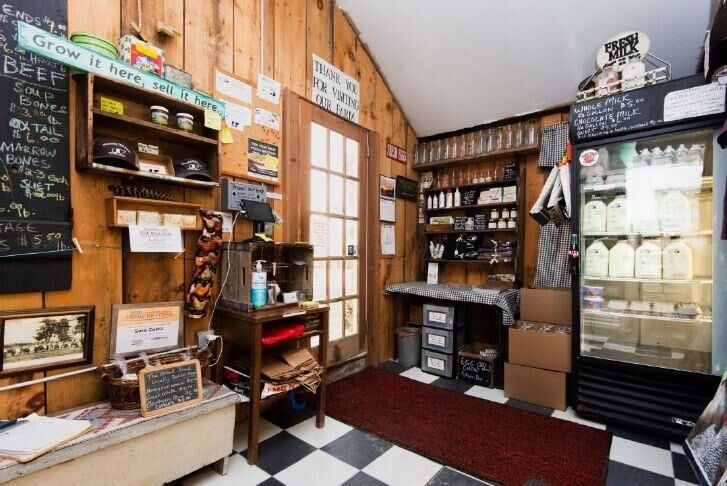 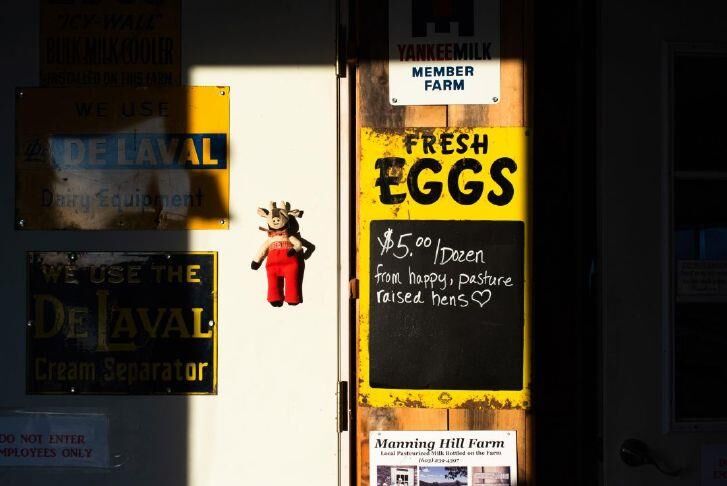 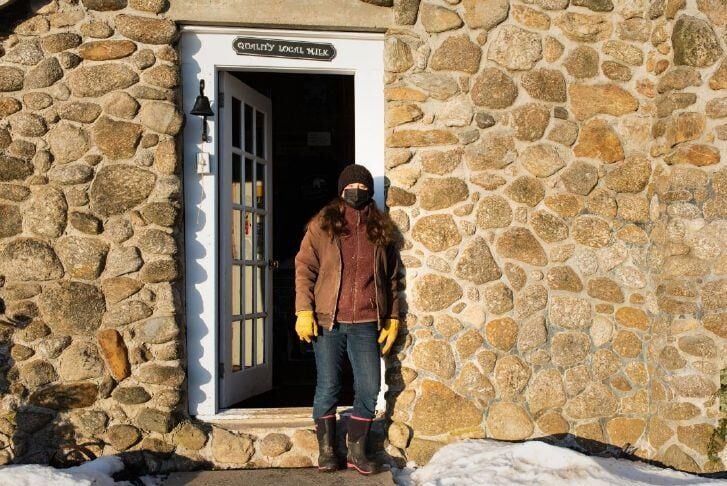 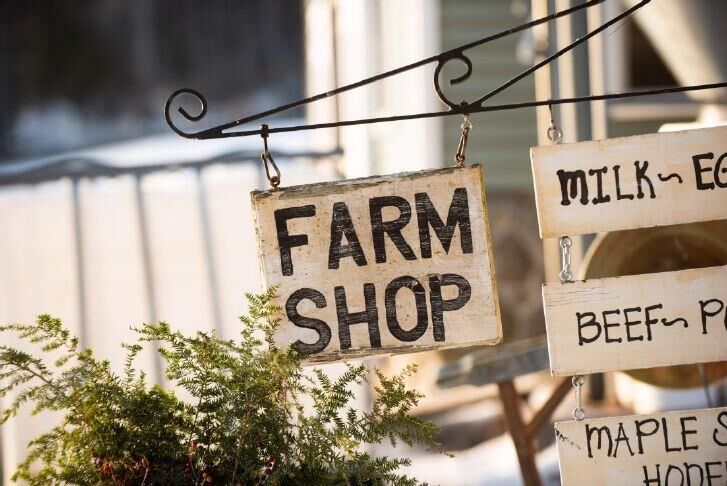 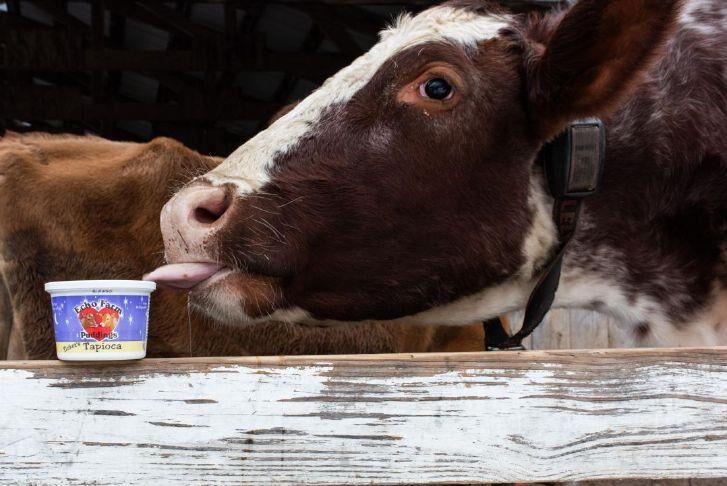 “We couldn’t keep anything in the store; I was constantly placing new orders twice a week,” says Sandy Eccard, whose family owns Eccardt Farm in Washington, New Hampshire. During the first three months of the pandemic, sales tripled at their farm store.

“We would get 1,500 pounds of beef in, and wham, it was gone in two to three days when it would normally last us the whole month,” Eccard recalls.

Since then, sales have leveled off, though they remain slightly higher than the previous year.

“People are realizing we actually are what we eat and finally waking up to healthy food choices,” Eccard says.

She’s excited that so many people took advantage of the meat they produce, realized it was affordable, and got to visit the farm itself in 2020.

But she admits, “It is a weekly struggle to pay the bills in this farming economy these past 12 years. We keep our bills down as low as we can, try to do everything ourselves, and we focus on the future.”

The goal? To stay a family farm, which is easier said than done for a dairy operation like theirs.

However, Eccard says they have big plans for the future, including raising chickens for meat and eggs, pasteurizing their own milk, and selling new items like butter, cream, eggnog, flavored milk, pudding, soft cheeses and yogurt.

“This can all be done with the micro-dairy we are getting,” Eccard says.

Though it will take time for everything to come together, she’s hopeful it will sustain the business.

Will their farm store give the Eccards another influx of much-needed funds in the coming season? That remains to be seen.

“2020 was unprecedented in so many ways. Farmers are always working to improve their businesses, and when consumers began showing up, farmers responded in the Monadnock Region,” says Beth Hodge, whose family owns Echo Farm Puddings in Hinsdale.

Hodge also serves as Cheshire County Farm Bureau president, so she’s been closely in touch with farmers’ experiences across the region since the start of the pandemic.

“Most farmers would describe last year as like the August rush hit in May,” she says, adding that no farmer wants to see that become a one-off.

“When the chips were down, and grocery deliveries were impacted, we saw empty shelves for the first time since the Great Depression,” she recalls.

But farmers responded quickly to adapt.

For instance, at Manning Hill Farm in Winchester, New Hampshire, which specializes in meat and dairy, owner Sarah Costa brought in organic veggies, bread, pudding and other local necessities to their small store. In addition, she transitioned the entire checkout process to a computerized system that accepts cash, checks and credit cards, so it could all be done by the customer.

“It also enabled us to send customers payment links that they can pre-pay (contactless), and then just pick up a pre-order at our farm store, which has been beneficial in this ‘COVID age,’” Costa says.

Many farm stands made similar modifications to meet demand, such as adding products from other farms, increasing cooler/freezer space, and constantly updating signage to help shoppers navigate new norms for spacing, hygiene and payments.

“Rules were changed on the fly, and the farmers with farm stands had to pivot, over and over again,” Hodge says.

Other challenges continuously present themselves, as well. Echo Farm, which supplies farm stores and sellers throughout the region with their popular puddings, has had difficulties getting their hands on ingredients and containers.

“Suppliers were impacted by the pandemic, and we saw an unpredictable mix of issues,” Hodge says.

The containers they use are manufactured in Canada, so they have to keep a constant eye on both countries’ business restrictions.

“Containers that used to take three weeks to be delivered can now take 12 weeks or more, so we’ve had to pivot and change the way we do things when something isn’t available,” Hodge says.

Runs on seeds, glass jars and other critical materials were also widespread — and may be again.

For Manning Hill, scheduling meat processing dates was a challenge.

“Last year, the local slaughterhouses were overbooked and understaffed, causing them to push our slaughter dates back many times,” Costa says.

The farm has already secured its dates for 2021 and doesn’t foresee issues with meeting demand.

However, the worker shortage is one people across the farming industry continue to be concerned about.

“There are many vegetable operations that rely on farmworkers from other countries that come to the U.S. on a special VISA program,” Hodge says.

Last year, delays in paperwork processing made it impossible for some workers to get here.

“In addition, there is a lot of uncertainty around whether it will be a requirement that workers are vaccinated before they arrive,” Hodge notes.

Many live in rural areas in their home countries, where healthcare was already an issue prior to COVID.

Big questions exist around how they will access the vaccine. Or, if they are allowed to travel without it, how will employers in the U.S. ensure their workers can be vaccinated when they arrive?

Hodge says at this time in New Hampshire, “farm and agriculture workers do not have a specific category and will have to wait our turn for vaccine availability.”

Though each state is handling vaccine distribution differently, Hodge notes, “keeping our workforce safe is top of mind for all farmers.”

Then, of course, there’s always Mother Nature to contend with.

“Last year, we had a drought, so there are lingering fears the weather will not cooperate this season, and that will lead to challenges just to get products to fill the farm stands,” Hodge says.

And if/when it gets there, will there be customers? For Costa, this concern is already at play.

“Honestly, we find it to be somewhat discouraging,” she says.

In the spring, meat and milk, Manning Hill’s main products, were missing from larger stores.

“New customers were appearing and purchasing large quantities from us,” she says.

Though the pandemic was a boon for the farm, she has a seen a large number of customers return to buying non-local products.

“What farms need to survive and thrive is a steady, loyal customer base,” she says.

Manning Hill produces milk 365 days of the year, and it takes approximately two years to raise a beef steer.

“When a customer purchases from a small farm like ours, that money, no matter how small of a purchase, goes directly back into the local economy. And a healthy community starts with healthy food farmed and raised from healthy land and animals,” she says.

Although no one can predict how the year ahead will pan out, Costa is hopeful and plans to keep producing local food that customers can trust.

Keep the farm store renaissance going! Visit these local farm stores’ websites (or give them a call) for products, hours and payment options (many operate on the honor system with cash or check).