You have permission to edit this article.
Edit
Home
Content
Recipes
Advertise
Directories
Contact Us
Find Us
1 of 3 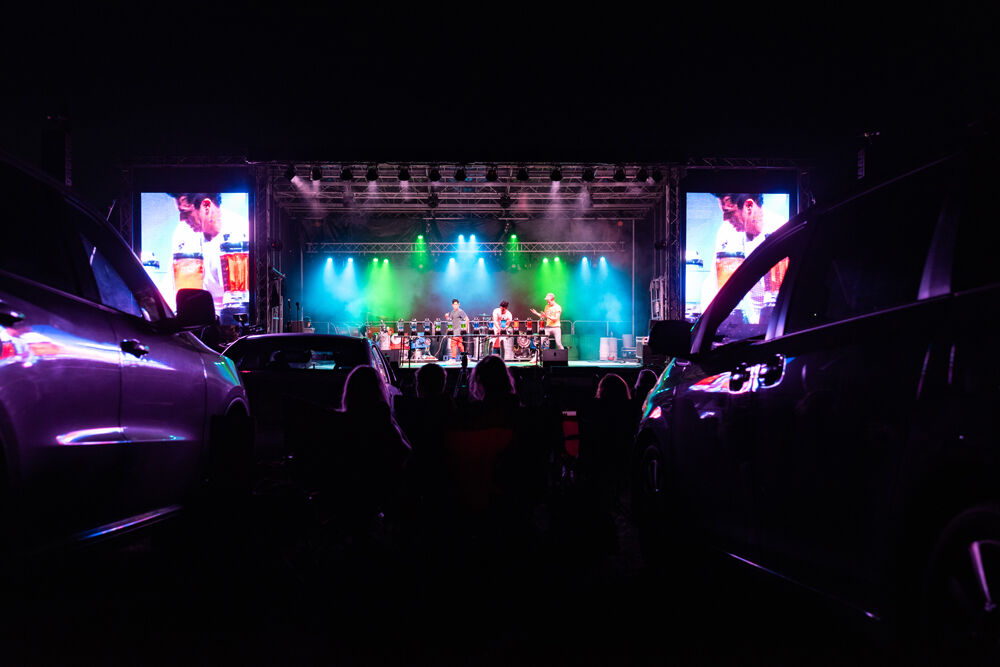 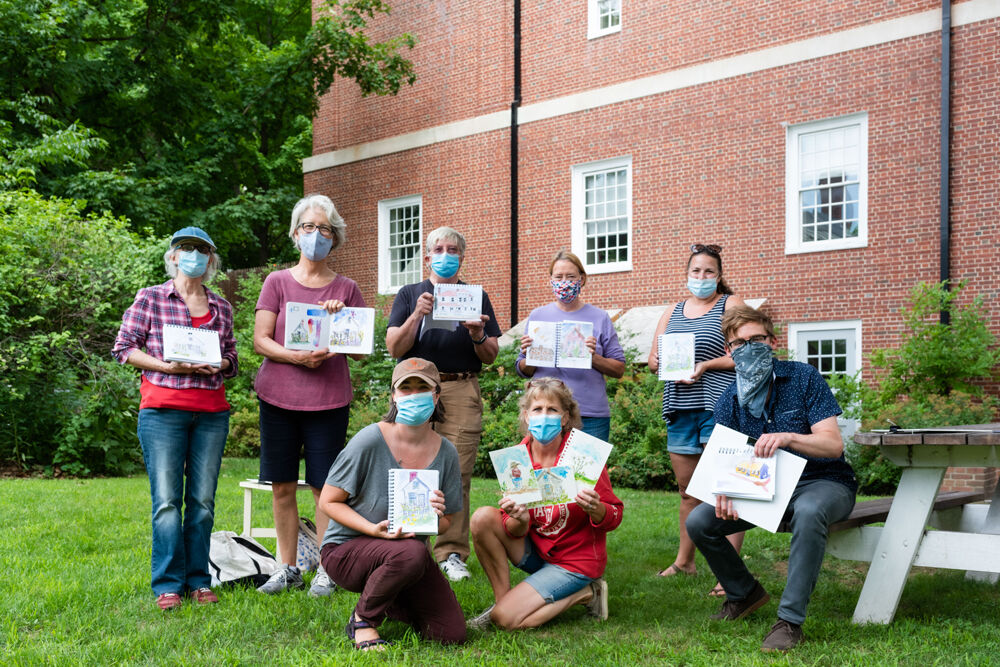 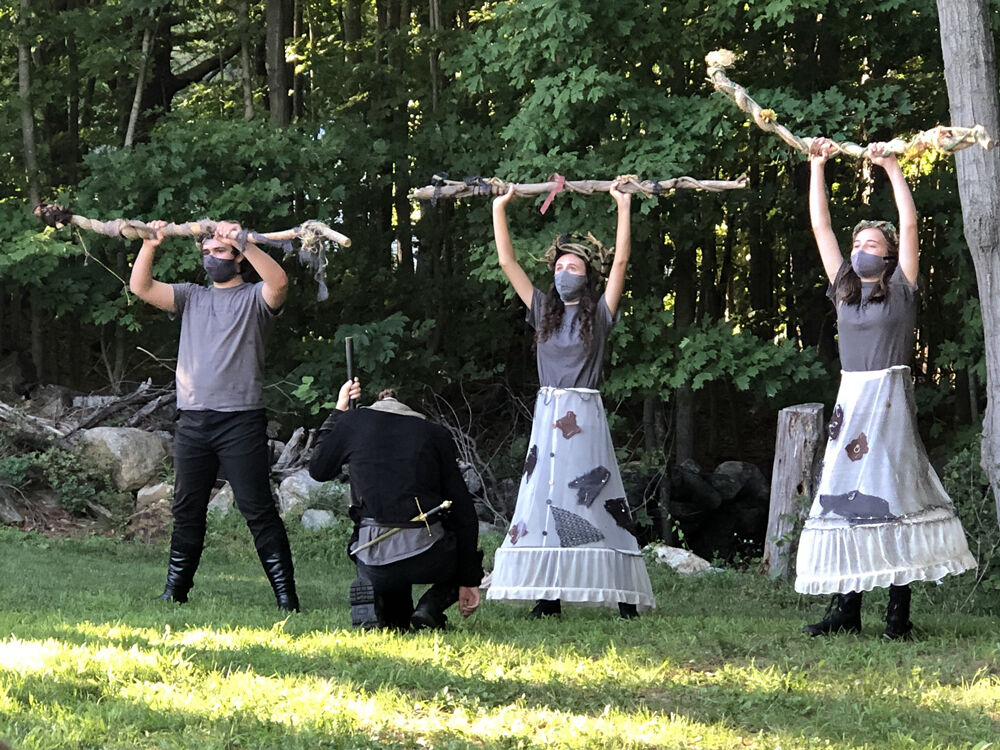 On a hot summer night, stars poking through an inky sky, locals set out lawn chairs and tables with takeout, then sit back for a night of epic live music. Were it not for the evenly spaced cars and masked faces walking to and from restrooms, you might place this scene in any modern year. But it is a distinct derivative of 2020, known as Drive-In Live.

"After COVID shut down the music industry, we were watching a few promoters in Europe that pivoted to drive-in concerts in a safe and successful way, so we decided to pivot as well," says Seth McNalley, co-organizer of the Monadnock Region's new drive-in music experience.

He and Mike Chadinha, both with extensive ties to the music industry, landed on the Cheshire Fairgrounds as an outdoor space that could accommodate their vision.

McNalley says what followed was "nine months of planning crammed into six weeks."

Despite the craziness, he boils the effort down to this: "Live music is good for the soul, and it's that simple."

The community's response has been strong.

"People are thrilled that there is a safe way to experience live music again and are even more thrilled when they see a show that has high-level production … There is definitely a buzz," he says.

Shows are scheduled to continue through October; beyond that, it's hard to know. While we all try to peer into the future, McNalley stresses how important it is for people to continue supporting traditional venues, as well. For instance, if you have tickets to a show that was canceled, be patient and forego a refund.

"Keeping tickets is what will keep independent venues from going out of business," McNalley notes.

He also encourages folks to reach out to their state representatives and ask Congress to pass the Save Our Stages Act, the Encore Act, and the RESTART Act.

"These are critical lifelines to keeping venues across the country from shutting their doors permanently," he explains.

Jessica Gelter, executive director of Arts Alive, a local nonprofit that advances arts and culture in the Monadnock region, says the Colonial Theatre has been fortunate to see solid support and no dip in membership.

"People value it as part of the community, and they want to see it on the other side of this," she describes.

The Colonial has taken a creative approach to the pandemic, which would only have allowed the venue to open at partial-capacity. Instead, they've ramped up renovations originally scheduled to take place over the next two years, condensing it into a one-year project.

In a recent press release, Executive Director Alec Doyle says, "Completing our renovations in half the originally planned time is a smarter alternative for our patrons and for the organization's long-term fiscal stability."

The project will include intensive renovations in both the front and back of the house to attract world-class performers. In addition, The Colonial also intends to launch a second, more intimate venue at 20 Commercial Street in Keene, called the Showroom.

"The lemonade in this whole lemon situation," says Jessica Gelter, "is that we are having to be creative. We're having to rethink our systems … and explore."

For instance, as artists and arts organizations have been forced into the digital realm by the temporary (or permanent) closure of venues, entirely new audiences have developed.

"I've definitely been hearing from organizations that their attendance of livestreams is two, three, 10 times what it is in-person," says Gelter.

Many have even gained international audiences for local events.

"It's a great thing not only for providing access to more people who may not be able to physically attend, but also a great opportunity to keep those relationships going, which may help with sustainability in the future," Gelter says.

There is potential that this growth has also shifted the demographics of typical arts patrons, who historically come from an older age bracket.

However, Gelter says, "We have not yet dug into the demographics … But that data is so vital and interesting, and I think will be so telling for what direction folks go in."

Whichever way things flow, Roy Schlieben, executive director of Peterborough's MAxT Makerspace, says, "There is a lot of pent-up energy and creativity in the creative community."

MAxT has had success hosting in-person classes this summer, including paper-making and drawing fundamentals.

"It provides a much-needed opportunity to be creative in a (socially distanced) community manner. It is a great respite from the stress of day to day life," Schlieben says.

The organization plans to continue this model or some variation into October if possible, with the long-term up in the air.

"Our biggest concern is to continue to ensure the safety and comfort of all involved, and as we know, conditions are fluid and require a level of flexibility on everyone's part," he says.

While current activities remain an ongoing experiment, MAxT is pushing ahead with its brand-new ceramics center in Dublin.

"We still see a lot of support for the project, so while the timeline has stretched out a little because of COVID, we are confident that it will happen," Schlieben says.

They've met 75% of their fundraising goal and garnered a great deal of enthusiasm.

Continued support is welcomed in the form of founding memberships, donations of furniture, tools, and equipment and tax credit purchases by small businesses. Schlieben encourages people to get in touch to learn more.

When it comes to supporting the arts community as a whole right now, he says the most valuable thing is to "buy and hire local. We have so much creative talent in this region; you don't have to look hard."

Take, for instance, Harrisville artist Marcy Schepker, a tapestry and fiber artist and well-loved educator. She points to two enormous and heartbreaking challenges that have already arisen, not only for her but for many local artists.

The first is the closure of the Keene Fine Craft Gallery. Though quite new, the League of NH Craftsmen gallery had become an exciting place for juried artists to showcase their work. The shop's owner, Taryn Fisher, is currently seeking another brick-and-mortar opportunity and working on an online store.

Unable to gather large numbers in person, the League of NH Craftsmen also had to take its annual art show online, another big hit for participating artists.

Gelter notes that for many, that show "is one of their biggest income sources for the whole year."

Similarly, the region's rich schedule of fairs, art tours, and studio visits, which extend through foliage season, have mostly been canceled.

"It is not so much that I personally miss one thing or the other; it is more wishing that all involved will find the support needed and find creative ways to go into the future," Schepker says.

Her hope is that despite the pandemic's effects, the community will "hold onto the bigger picture of having a flourishing, vibrant arts community."

She has tried to do so by still leading her youth summer program, "Immersion in the Arts," alongside husband, Hans, also a well-known artist and teacher.

"We felt that offering a totally outdoor experience this summer with sensible, conscious parameters would be of benefit to all," she says.

The response was deep appreciation and joy.

"It was beautiful to see the community involved, comfortably following the protocols … allowing for all to participate," she says.

"To be truthful, I didn't know what to do for the longest time. Andy's Summer Playhouse provided a kick in the pants to make a decision with their digital summer program," Thurber says.

Several educators she collaborates with took on the virtual side of things, but she felt her skills would work best in person. So she decided to teach Macbeth, a story with two parallel themes — fear and isolation.

Though she knew she could do it safely, she kept wondering, "Is this crazy to mark off my tennis court in 6-foot blocks and stage a play as if on a chessboard?"

It might have been, but the connection it brought was phenomenal.

She notes, "It is the arts that will make sense of this time in the years … how we felt in our hearts and souls to our core."

Just as the pandemic's consequences and emotions seem to come in waves on a personal level, the same is true for the arts community.

"I think there's… grief for what has been lost and what will be lost in this great pause in the arts," says Gelter. "There is hope, and there's also this grief."

Looking ahead, Schlieben would love to see this time of incubation lead to a full display of artistic innovation post-pandemic.

He says, "I hope as an audience, we join that celebration!"