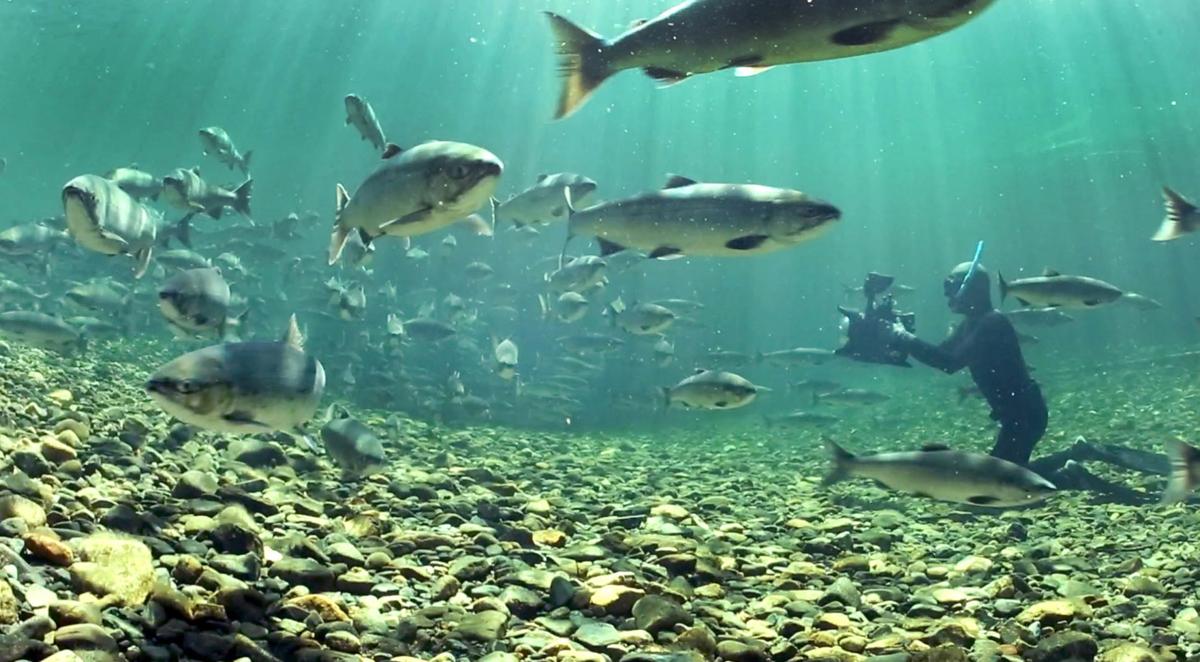 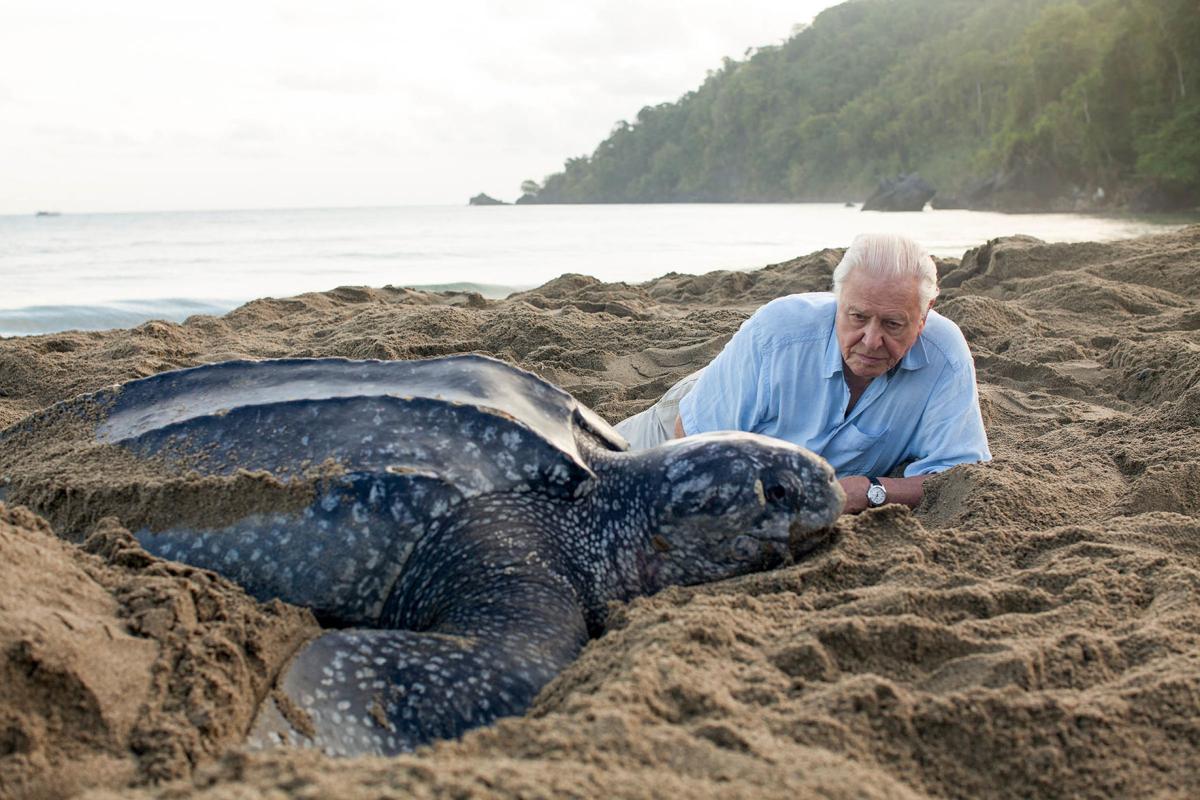 Nearly a year into the pandemic, as each winter day somehow feels both too short and incredibly long, my go-to daydream is an afternoon next to the ocean. Familiar or far-flung, crowded or serene, developed or desolate — anywhere works as long as I can envision spreading a towel on the sand and soaking up the sun.

Documentaries can tide us over until daydreams like mine become a reality. From our couches, we can expand our understanding of the ocean, plunging into waters from the Great Barrier Reef to the Marianis Trench: meeting athletes, explorers and conservationists who surf big waves, breaking new ground and protecting marine life, and experiencing the perspectives of animals that inhabit gorgeously intricate undersea worlds.

“These documentaries have become much more cinematic,” Rosenthal said, citing innovations such as digital movie cameras and drones that can more easily record animals’ behaviors without disturbing them.

New technologies also allow filmmakers to illuminate how humans are interacting with oceans in ways that we never thought possible, for better or worse; Rosenthal pointed out that because of ocean degradation and climate change, “things out there are changing drastically. It’s getting harder and taking more time to find locations and stories.”

The following documentary films and television series, loosely grouped by topic, will give you a deep dive into the oceans, their complexities and their vulnerabilities:

“Blue Planet II” (Amazon Prime, Discovery Plus). Four years in the making, this awe-inspiring 2017 BBC series — hosted by David Attenborough, like many of the selections below — sent camera crews to every ocean, from the Galapagos to the sea floor below Antarctica’s ice. Each episode documents extraordinary animal behaviors and immerses viewers in marine ecosystems, from their vast wildernesses to their tiniest inhabitants. And don’t forget the original “Blue Planet,” which first brought the oceans’ natural history to the world in 2001. (Rent or buy on Amazon Prime, watch on Discovery Plus.)

“Life” (Amazon Prime, Discovery Plus). The “Fish” and “Creatures of the Deep” are two of 10 episodes in the 2009 BBC documentary series narrated by Attenborough that capture a profusion of marine life around the world. Visit Australia, where cuttlefish trick each other and sea dragons dance together. In Japan, mudskippers leap high in the air; in Hawaii, gobies climb waterfalls. Stick around for a glimpse behind the camera as Rosenthal films sailfish hunting in the open ocean.

“Our Planet” (Netflix). In collaboration with Silverback Films and World Wildlife Fund, this Netflix series takes viewers for a voyage on “The High Seas.” One of eight episodes in the 2019 documentary series narrated by Attenborough, it highlights a blue whale mother and calf’s intimate bond before plunging a half mile below the surface to meet bizarre and mysterious deep-sea creatures. In another episode, “Coastal Seas,” tour coral reefs, fields of sea grass and kelp forests before celebrating recovery in Raja Ampat, Indonesia, where a former shark fishing camp has transformed into a baby shark nursery.

“David Attenborough’s Great Barrier Reef” (Amazon Prime). Using some of the newest submersibles, this three-part Smithsonian series from 2015 provides a new perspective on Earth’s largest living structure. Explore some of the most remote corners of the Great Barrier Reef, including some of its approximately 900 islands and 3,000 reefs. Meet mantis shrimp, visit mangrove nurseries and learn about the reef’s origins and cultural history. And share Attenborough’s elation as he spots a green sea turtle on his first night dive.

”Momentum Generation” (HBO Max). In this 2018 HBO documentary by Jeff and Michael Zimbalist, the ocean is a refuge and a stage for some of the world’s most influential surfers, framing a story about an evolving sport and ambition, conflict and the families we create.

“Mission Blue” (Netflix). Fisher Stevens and Robert Nixon’s 2014 Netflix documentary about pioneering oceanographer, explorer and advocate Sylvia Earle showcases not only her barrier-smashing career, but her lifelong dedication to the oceans and their inhabitants. Earle describes the changes she’s witnessed in more than 60 years of diving and deep-sea exploration, from catastrophes such as the Deepwater Horizon spill to global disasters including shark finning, overfishing and climate change.

“James Cameron’s Deepsea Challenge” (Amazon Prime). Directors John Bruno, Andrew Wight and Ray Quint let viewers accompany filmmaker and explorer James Cameron on a very long expedition: one that descends 35,787 feet to the Mariana Trench, the world’s deepest spot. In this 2014 film, Cameron and his team of scientists design and build a submersible and science platform for the solo voyage to the lunar-like ocean bottom. Along the way, they discover 68 new species: a drop in a very large bucket, since the deep ocean remains almost completely unexplored.

“Chasing Coral” (Netflix). Over three years, a team of scientists, divers and photographers worked to provide a firsthand look at coral reef disappearance. The 2017 Netflix film from “Chasing Ice” director Jeff Orlowski is a compelling call to action, revealing bleaching devastation (a stress response that results in color loss) in locations such as Hawaii, Bermuda and the Bahamas.

“A Plastic Ocean” (Netflix). From an opening flotsam-filled scene during an excursion to record blue whales off the coast of Sri Lanka, Craig Leeson and his team expose how millions of tons of plastic end up in the oceans each year. The 2016 Netflix film illustrates the problem’s jaw-dropping scope, including plastic bottle piles in trenches a mile and a half down, and its worldwide implications for marine ecosystems and human health.

“My Octopus Teacher” (Netflix). This touching Netflix documentary, released last year, resonated with audiences for its depiction of a deeply personal bond between filmmaker and free diver Craig Foster and an octopus in the Great African Sea Forest off the continent’s southwest tip. The film is a beautiful meditation about our relationship with nature, and the octopus is a revelation — opening viewers’ eyes to an animal that, like many others, has a richer inner world than they ever imagined.

“Superfish: Bluefin Tuna” (Amazon Prime). Join director Rosenthal as he journeys from the Azores to the Gulf of Mexico and beyond to document one of the ocean’s most surprising evolutionary wonders: enormous, warm-blooded bluefin tuna. In this 2012 documentary with narration by Attenborough, he finds remarkably sophisticated social behaviors that illustrate these animals’ intelligence and adaptability — and experiences one of his most incredible whale encounters.

“Rise of the Great White Shark” (Amazon Prime). Diving deeper than sensationalism and predation, this 2017 documentary from Andy Casagrande examines great whites’ natural history, physiology and behavior, as well as some of the threats to their survival. The filmmakers emphasize the animals’ personalities and help viewers see them as individuals, illustrating the shift in how we view these magnificent but maligned animals.