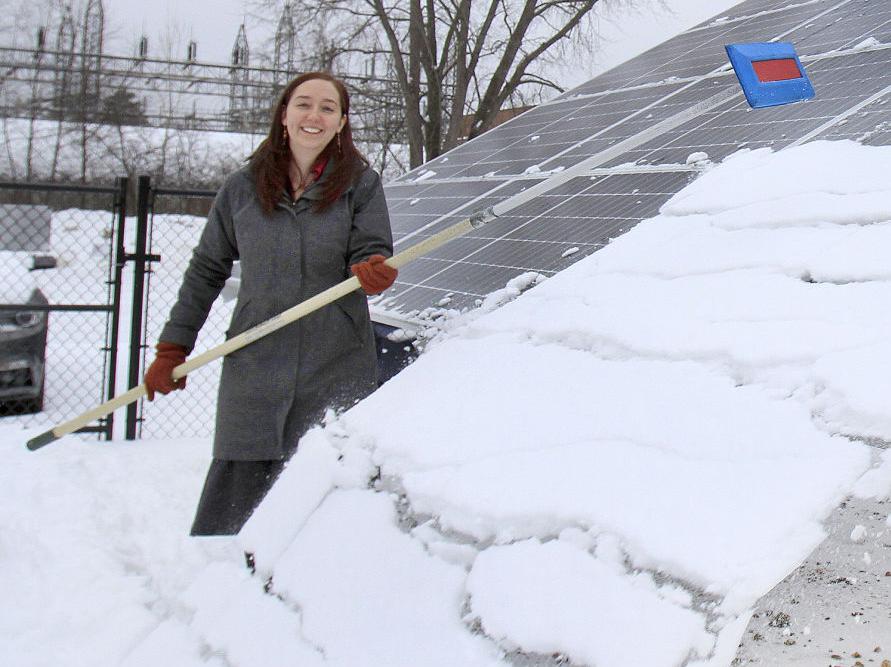 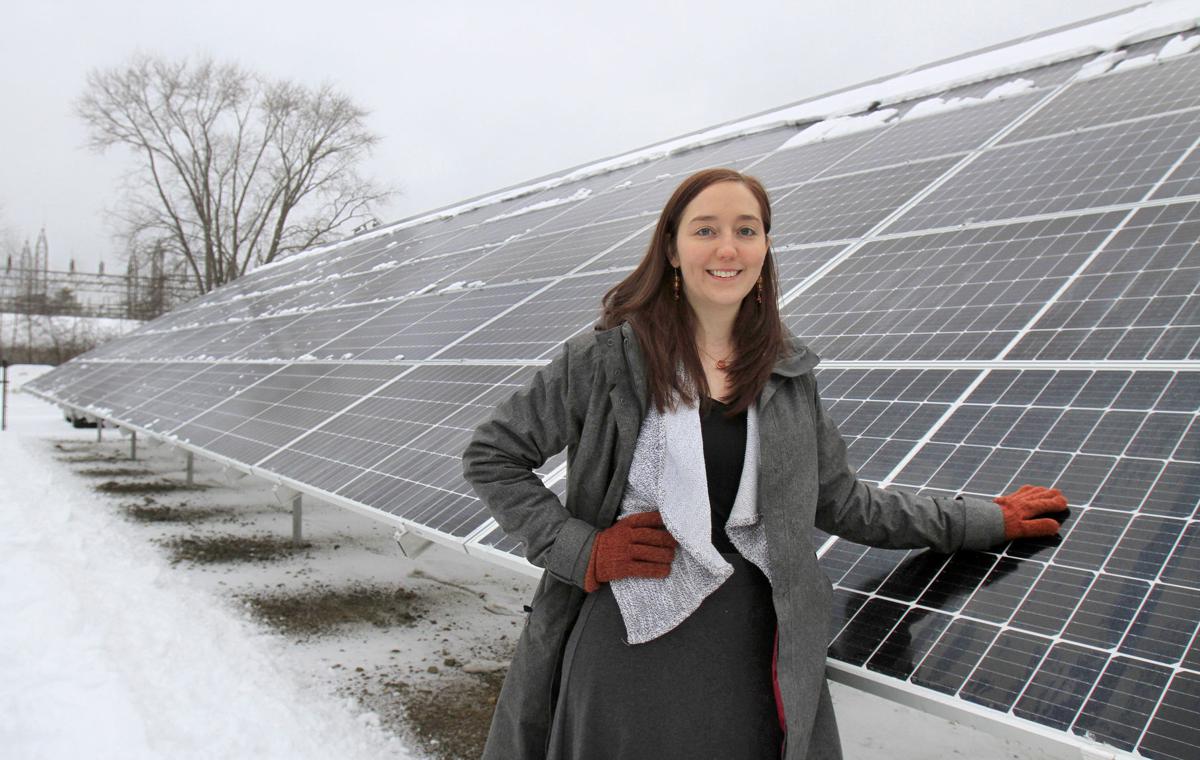 Mari Brunner discovered her life’s passion — sustainable development — in South Korea and came to Keene to study it further, realizing her best work could be done right here in her community.

The 31-year-old Brunner, planner for the City of Keene’s Community Development Department, remembers the seeds of her interest in the environment and sustainability were first planted when she was a high school student in her native Michigan following the infamous Gulf oil spill disaster.

“I was just becoming environmentally aware,” she says.

She later majored in chemistry at the University of Michigan and minored in environmental studies.

“I learned more about climate change in two classes — one on the built environment and the other in environmental justice,” Brunner says. “They were about how we use resources and treat our environment and its impact on people, particularly on our health — it was fascinating to me.”

She didn’t commit to further environmental studies at that point. Instead, she earned her bachelor’s degree in chemistry and worked in quality assurance for Mead Johnson and Company, manufacturer of the infant formula, Enfamil.

She then went to Seoul, South Korea, to teach English for a year.

“Around the same time, there was an oil spill in Michigan in the Kalamazoo River,” Brunner says. “It impacted people I know. There were also world environmental events happening, like the tsunami and nuclear plant meltdown [in Fukushima, Japan]. They influenced my perception. I started thinking about changing my path.”

She found Antioch University New England’s master’s program in environmental studies and enrolled, finishing with a concentration in sustainable development and climate change. The two-year program required two internships and a capstone project.

Her final project as an Antioch student was to collaborate with the Monadnock Sustainability Network and a group of fellow students to work as a consultant team and conduct a feasibility study for the region’s first community-owned solar array constructed on top of the Monadnock Food Co-op.

“It hadn’t been done in New Hampshire yet,” she notes. “It was really exciting when it got built. It was a tangible thing.”

Her second internship was with the City of Keene, her current employer, during which she gained some experience working in municipal planning.

“I wanted to do a greenhouse gas inventory with the city,” she says.

Instead, she got a job with Southwest Regional Planning Commission, where she worked for three years.

The majority of that time, she spent planning and implementing Complete Streets, a national program that encourages local municipalities across the country to build road networks that are safer, more livable, and welcoming to everyone; it was implemented in eight communities in the region.

As part of that work, she created pop-up demonstration projects meant to reimagine how sections of streets could be transformed into vibrant, walkable/bikeable spaces. She worked with existing committees or towns formed an ad hoc committee to work with her and her colleagues.

One of the pop-up projects was on Marlboro Street in Keene.

“We used traffic tape to do crosswalks and bike lanes,” says Brunner. “We borrowed plants from local businesses for the day, and there were food trucks and a yoga class on the lawn. The idea was to transform the streetscape for one day.”

About 400 people left their comments about what they thought a city street should look like.

The information was shared with the city’s planning department as well as select boards in surrounding towns (where the pop-ups were conducted).

“It’s important to show that data, so there is community support to put a plan in place,” says Brunner.

The City of Keene, thanks in part to Brunner’s collaboration, passed a Complete Streets resolution implementing a component of the city’s comprehensive master plan.

To increase action on Complete Streets, Brunner presented her work at a statewide forum, which led to the first round of state grant funding for the program.

While working for Southwest Regional Planning Commission, Brunner volunteered for the City of Keene Energy and Climate Committee and was involved in many other projects, including Rack It Up!, a program that encouraged alternative transportation by providing free bike racks at businesses and municipalities in eight communities. The program was created by the planning commission as well as Healthy Monadnock and the Monadnock Alliance for Sustainable Transportation.

Her current work with the City of Keene involves working toward its goal to ensure all of the electricity consumed in the city and 100% of the energy used for transportation, heating and cooling will come from renewable energy sources by the year 2030. The initiative is supported by the City’s Energy and Climate Committee, of which Brunner was a member before she became a city employee.

Her role also includes supporting the city’s planning board in site development review, including town historic district and telecommunications infrastructure projects, and updating land use regulations.

She considers her job title as most crucial in that she helps the community to find ways to create solutions and reach its goals.

“It’s one of the reasons I was drawn to planning,” Brunner says. “It’s based on public participation — engaging the community in

trying to make it better.”

See the virtual yearbooks for each school here!